The Cougar has spawned into a new line of all-important mine-resistant vehicles for the US and British military forces in Iraq.

Authored By: Staff Writer | Last Edited: 04/07/2022 | Content ©www.MilitaryFactory.com | The following text is exclusive to this site. 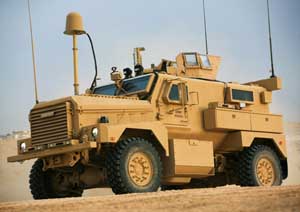 The Cougar has since expanded into a full line of militarized armored vehicles. This began with the base 4x4 and 6x6 series Cougar systems being offered in 2004 by FPI to the United States Marine Corps. The Badger ILAV (Iraqi Light Armored Vehicle) was a similar system developed and built by FPI with help from BAE Systems specifically for the rebuilding Iraqi Army. The Cougar JERRV (joint EOD Rapid Response Vehicle was formed as a designation for the collection of 4x4 and 6x6 Cougar systems for use by the USMC, USAF and the US Army after public outcry of the lack of protection being offered to US servicemen and women in Iraq. Cougars in their 4x4 and 6x6 configurations are now collectively referred to as MRAPs.

The Cougar's power is supplied by a single Caterpillar C-7 diesel engine developing up to 330 horsepower and mated to an Allison 3500SP transmission. Suspension is full 4x4 or 6x6 depending on the chassis model with a vehicle ground clearance of 15 inches. Armor protection remains classified as of this writing. The 4x4 vehicle weighs in at roughly 43,000lbs and can seat up to 6 personnel including 2 as standard operators (drivers). The 6x6 version weighs in at a maximum of 64,500lbs and can seat 2 standard operators along with 8 additional passengers. Range of the Cougar is listed at 420 miles with a top speed of 55 miles per hour.

Fording is possible up to 39 inches at a 40 degree approach angle. A top-mounted hatch is standard as are heating, air conditioning and automatic engine and crew cabin fire extinguisher systems. Tires are Michelin XZL 395/85 R20 types. Additional methods of entry are provided for through the driver and co-driver sides as well as a rear-mounted crew double door.

Both Cougar models can fit remotely-operated turret systems with armament of the operators choosing. Armament can include a Browning M2 12.7mm heavy machine gun, an M240 7.62mm general purpose machine gun, an M249 SAW 5.56mm light machine gun or the Mk 19 40mm automatic grenade launcher. Armament can also be supplemented by any crew-served weapons fired through the available firing ports.

The British Army took delivery of similar systems beginning with the Ridgeback PPV (Protected Patrol Vehicle). These systems were based on 4x4 Cougars built by FPI with British-friendly armor and electronics systems which included the "Enforcer" remote weapon station. The Mastiff PPV (Protected Patrol Vehicle) is the Cougar 6x6 system built by FPI, again with British-friendly systems and armor. With this version, however, conversion is being handled by NP Aerospace.

In addition to the US military use, the Cougar was also utilized by Blackwater USA during their tumultuous tenure in Iraq.

The Cougar is certified for military air transport.©MilitaryFactory.com
Note: The above text is EXCLUSIVE to the site www.MilitaryFactory.com. It is the product of many hours of research and work made possible with the help of contributors, veterans, insiders, and topic specialists. If you happen upon this text anywhere else on the internet or in print, please let us know at MilitaryFactory AT gmail DOT com so that we may take appropriate action against the offender / offending site and continue to protect this original work.

April 2022 - The British government has agreed to send Mastiff MRAPs and Jackal Light Patrol Vehicles (LPVs) to the Ukrainian Armed Forces in its fight against Russia.

(Not all weapon types may be represented in the showcase above)
Dependent armament configuration. 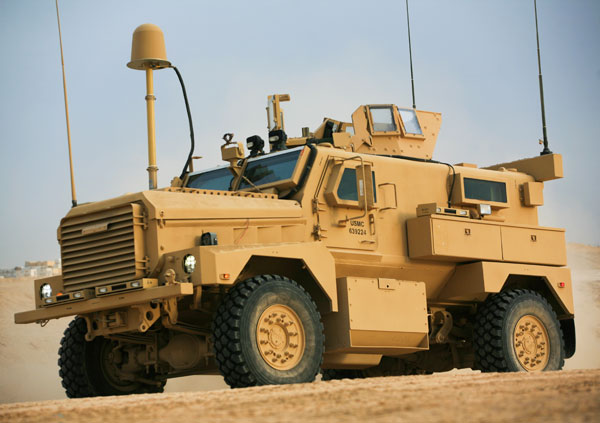 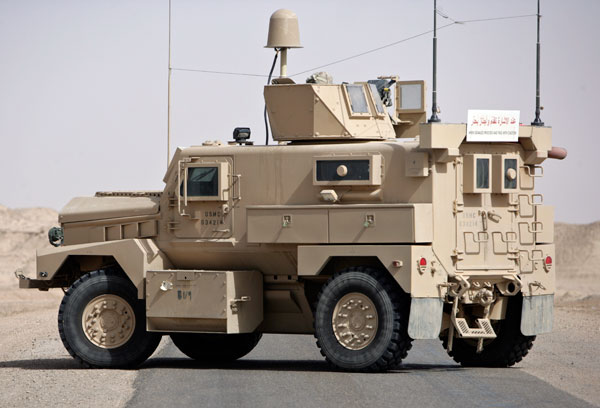 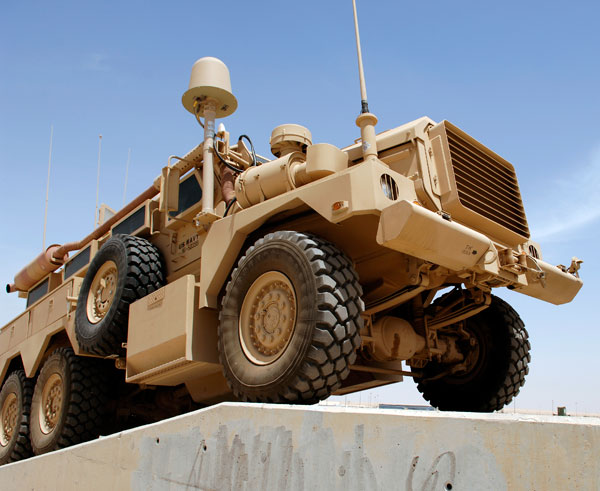 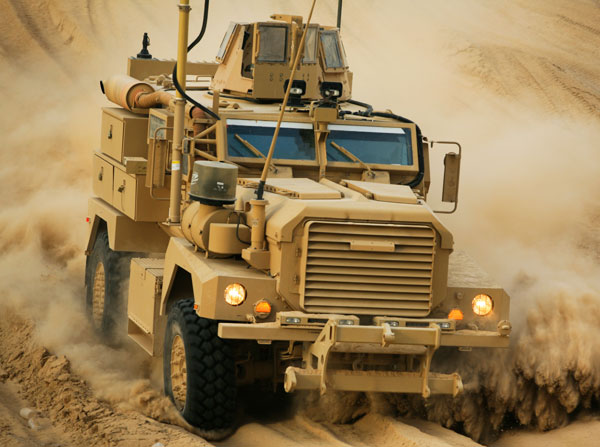