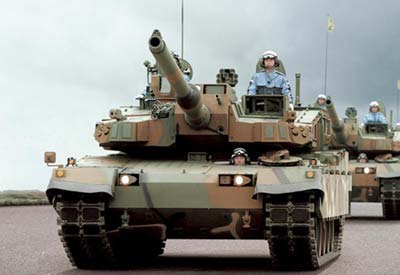 The ROK (Republic of Korea - i.e. "South Korea") Military has four branch divisions - the Army, Air Force, Navy and Marines. The largest contingent is the Army with an average of about 550,000 draftees in service at any given year. The troops are divided into three armies with the 1st army GOC (Ground Operations Command) responsible for defense of the capital and the western DMZ (DeMilitarized Zone), the 3rd army GOC responsible for the eastern DMZ and the 2nd army ROC (Rear Operations Command) held in reserve in the south. The large number of troops is required due to the demanding mountainous terrain found throughout the Korean Peninsula and the 1 million-strong land army commanded by North Korea, of which two-thirds are garrisoned at the DMZ. The Army's material command has an available 4,975 tanks that include the old M47 Patton, M48 Patton, and the newer ROTEM K1 and ROTEM K1A1 main battle tanks (these a variant of the American M1 Abrams though produced indigenously in South Korea) along with a collection of assorted armored vehicles. 5,508 artillery systems of all types - tracked, wheeled or towed - are also available.

The South needed an advanced main battle tank to help stem North Korea's human tide and their own advanced tanks from in the event of all-out war. The new K2 series was developed from the XK2 program becoming the "Black Panther" K2 Main Battle Tank. The K2 uses a German MTU 1500 hp Europowerpack engine and has a 120 mm Rheinmetall smoothbore gun with an autoloader provided a rate-of-fire of up to 15 rounds per minute. The rounds reportedly can penetrate the armor of the M1A2 Abrams American tank. Radar equipment and laser detection systems along with reactive armor are comparable to the French LeClerc and the US M1A2 Abrams main battle tanks. The K2 is fitted with a water snorkel (via kit) and can cross water obstacles of up to 4.2 meters (13.78 ft) deep. The water-tight system takes about 30 minutes to set up and the tank can fire its main gun as soon as it is on dry land. The K2 can accelerate from 0 kmh to 32 kmh in approximately 7 seconds. She can also climb a 60-degree slope and clear vertical obstacles of up to 1.3 meters.

The K2 is equipped with a first-line fire control system that can track and engage other tanks but also includes non-conventional tank targets such as low flying helicopters, with an effective range of fire being up to 10 kilometers (6.2 miles). The fire control system can spot-track-fire on auto at vehicle-sized targets without the crew's input. The 120mm munitions mainstay is the KSTAM (Korean Smart Top Attack Munitions) round. The KSTAM is a smart fire-and-forget projectile that have their own guidance system using stabilizing fins during flight. These rounds can be fired from behind cover and have a maximum range of 8 kilometers (4.97 miles). The three man crew - composed of the commander, gunner and driver - have protection with an NBC (Nuclear, Biological, Chemical) system and armor that is classified. A friendly force protection system that offers situational awareness is connected to the navigation system. The MTU MB-883 KA500 engine produces 1500 horsepower while the advanced suspension system is hydro pneumatic semi-automatic. The tank can tilt forward, back and to either side. Each wheel is connected in such a way to allow for multiple fire angles depending on the location of the target relative to the tank.

The South Korean government wants to be a first-line player in the military arms business game worldwide and the K2 is a bid into that game. As of this writing, the K2 is still under development but, when complete, will be a home-grown 21st Century digital main battle tank that will compete with any other tank in the world.

The 680 production total is a possible total. To date, less than 25 have actually been produced as prototypes. Turkey is a possible export customer.

November 2018 - The gulf nation of Oman has expressed serious interest in acquiring up to seventy-six K2 Black Panther MBTs from South Korea.

Track-and-Wheel Arrangement Vehicle utilizes a track-and-wheel arrangement to provide enhanced cross-country travel capability.
Primary Turret A modern tank quality, this vehicle sports its main armament in a single turret.
Recoil Enhancement Main weapon has an integral recoil mechanism, allowing the system to remain trained-on-target after firing.
Firing On-the-Move A modern quality, onboard systems provide accuracy to primary armament allowing for firing on-the-move.
Enhanced Armor Protection Protection is enhanced by way of additional armor being installed over that of standard levels; plate steel for older designs and reactive armor for modern types.
NBC Protection Crew is provided (either as standard or optional) protection against Nuclear-Biological-Chemical agents for enhanced survivability in contaminated zones.
Smoke Screening Vehicle has capability to self-generate a smoke screen, either through launched grenades or built-in engine funtion (raw fuel injection).
Nightvision Crew has access to night-vision equipment, allowing for low-light or night time operations.
Anti-Aircraft / Air-Defense Capable System is given an anti-aircraft defense component to protect itself from low-flying aerial threats at range.
Anti-Infantry Vehicle features an in-built anti-infantry capability for local defense of the vehicle or general troop suppression. 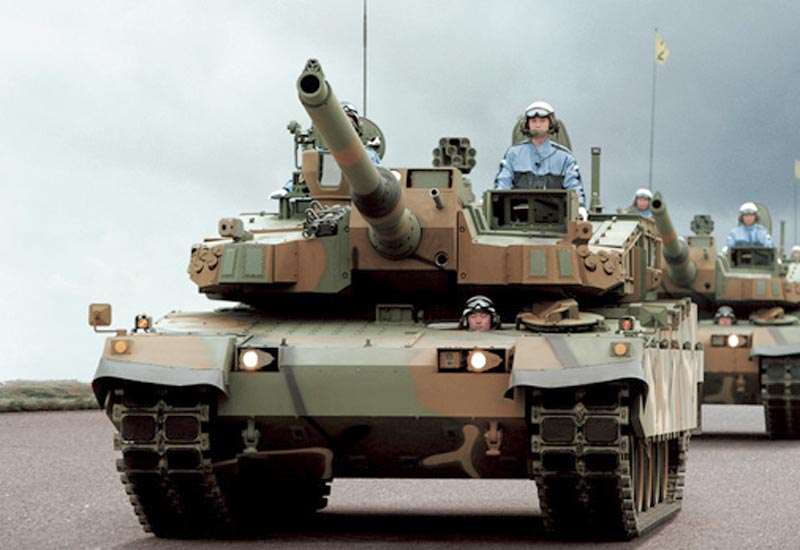 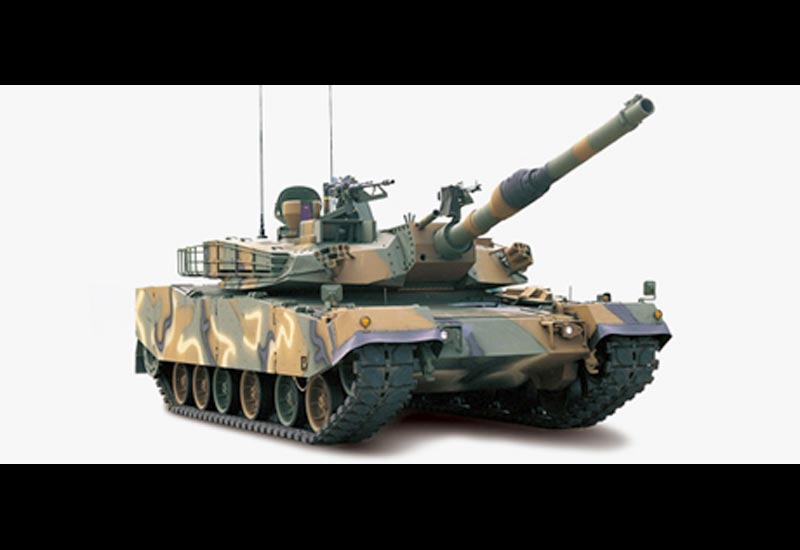 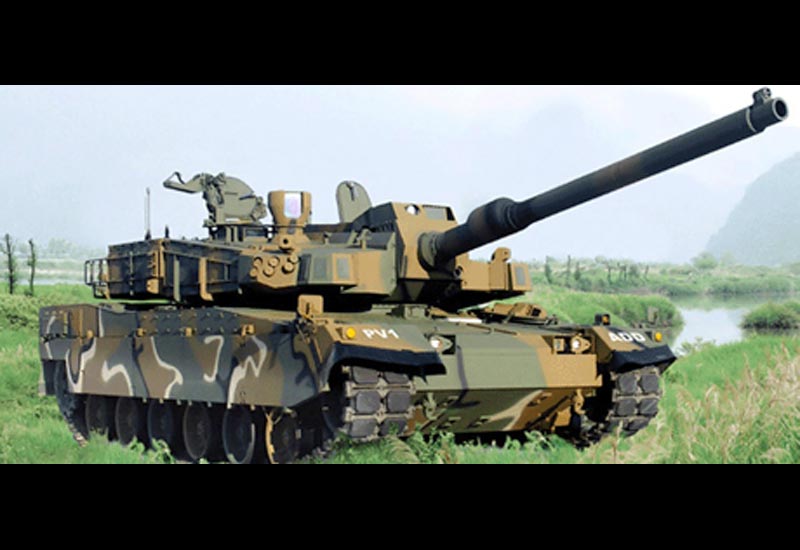 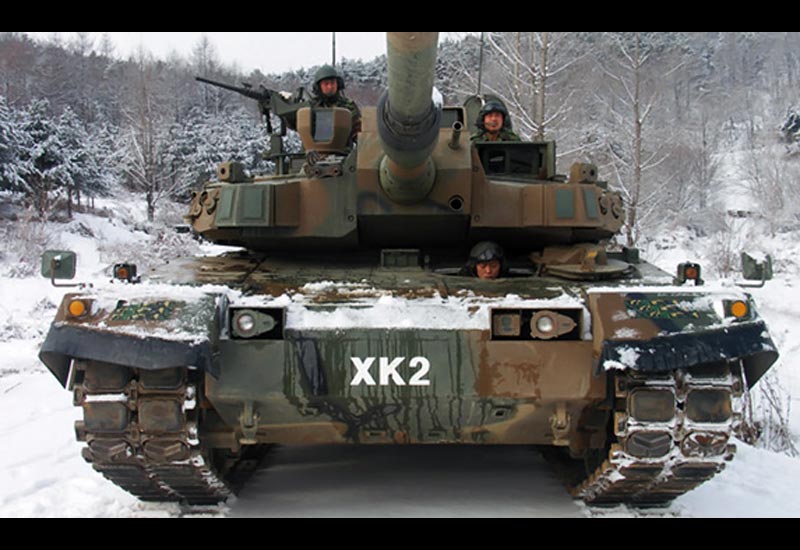 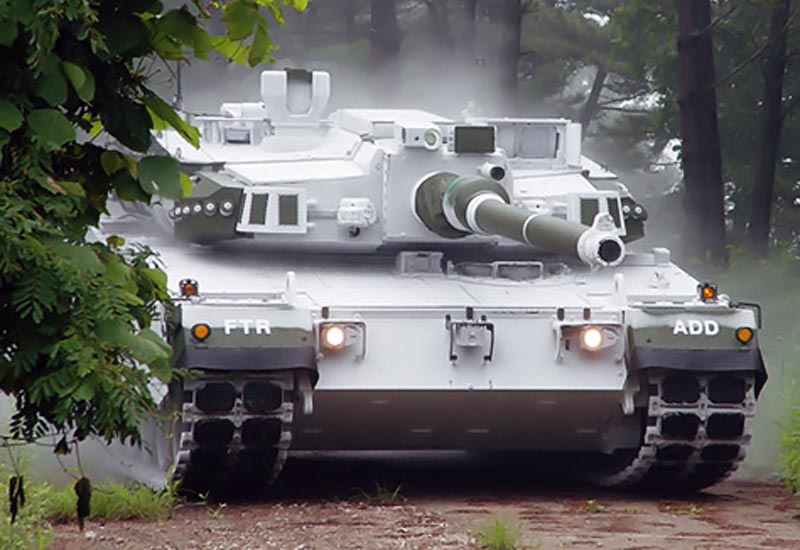 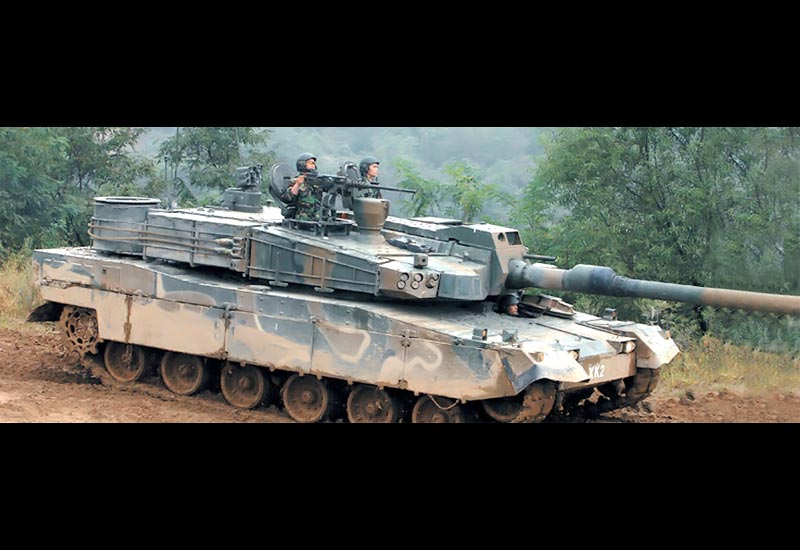 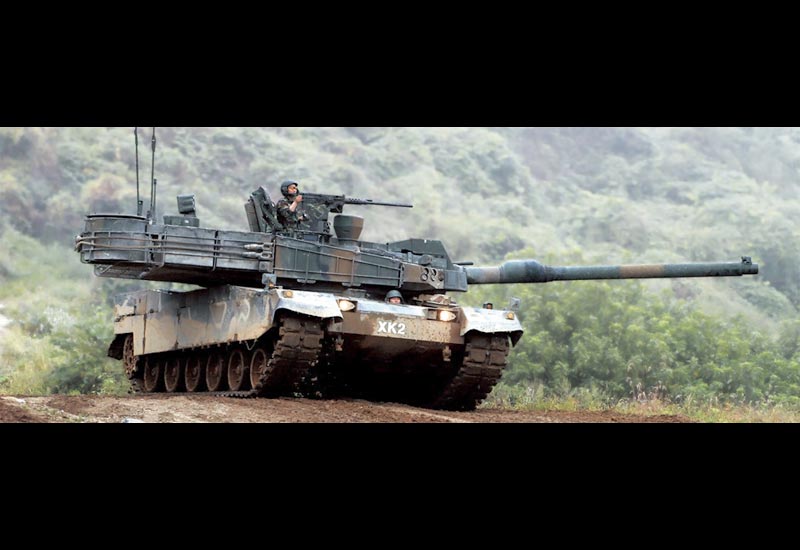 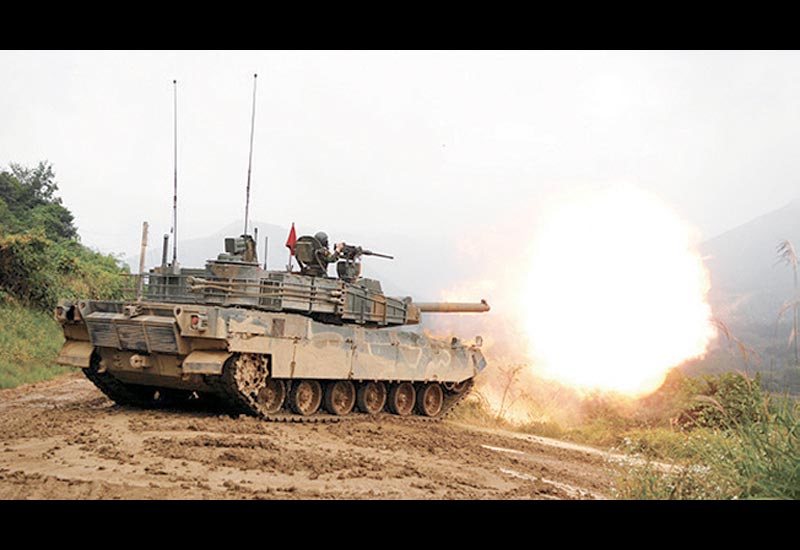 Battlefield developments of similar form and function, or related to, the ROTEM K2 (Black Panther)...