The T-55 Main Battle Tank was a further upgrade to the T-54 series appearing in the late 1950s and intended to counter the new American M60 series.

Authored By: Staff Writer | Last Edited: 04/21/2021 | Content ©www.MilitaryFactory.com | The following text is exclusive to this site. 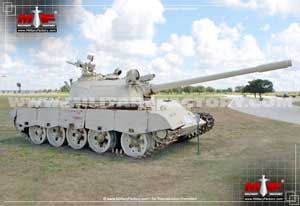 The T-55 was a further improved version of the T-54 Main Battle Tank series of 1949 intended to counter the new American M60 tank (based on a highly modified form of the earlier M48 "Patton" series). Compared with the preceding model, the T-55 incorporated an all-new turret as well as NBC (Nuclear, Biological, Chemical) protection for the crew. The V-55 series diesel engine was reworked for an overall output of 580 horsepower through fuel injection and compression coupled with a power-assisted clutch and pneumatic engine start feature. and compression while the integrated engine smoke screen generation system was retained. The T-55 was given an increased operational due to the inclusion of a new internal fuel storage cell at the bow. Internal storage was also increased to raise the 100mm projectile count from 34 to 43. While the T-54made use of the 12.7mm DShK anti-aircraft heavy machine gun to counter low flying aerial threats, the T-55 removed this installation from the loader's hatch (later production forms after 1970 returned use of the 12.7mm DShK anti-aircraft heavy machine gun and were designated as T-55AM). Initial production models were known simply by the "T-55" designator. Production began in 1958 and lasted until 1963 while locally-produced Polish versions spanned production from 1958 to 1964. Czech production lasted from 1958 to 1983.

Externally, the T-55 mimicked the clean, utilitarian style lines of the T-54 before it. The track system was dominated by the five large road wheels with the front most pair set noticeably apart from the remaining four rear sets. The drive sprocket remained at the rear of the design while the track idler was at the front with no track return rollers being used. The glacis plate was well-sloped and there was a shallow hull superstructure evident. The turret was located in the center of the design offering good balance while the engine was retained in a conventionally set rear compartment. Crew accommodations amounted to four personnel to include the driver in the hull and the tank commander, gunner and loader in the turret section. The turret itself was a well-sloped assembly with rounded sides and roof. The main gun barrel protruded a distance away from the turret and was seen with a fume extractor near the muzzle. A snorkel allowed for amphibious fording of water sources.

The T-55A model series appeared in 1963 and were produced into 1981 due to the lackluster response of the newer T-62 in sales and performance. A new anti-radiation lining was introduced as well as an improved NBC suite. The SG MT series 7.62mm coaxial machine gun was superseded by the newer PKT series system while the bow-mounted machine gun was given up in favor of carrying an additional six more 100mm projectiles. It was not until 1970 that the loader's 12.7mm DShK anti-aircraft machine gun was brought back into the fold.

Modernized T-55s were fielded with the TSh-2B-32P sighting device. The ZET-1 vehicle protection system included a net cast over the main gun barrel. The T-55M (also known as the T-55AM) was another modernization attempt that included an improved fire control system (FCS) as well as an improved main gun stabilization system, sights and V-55U series diesel engine. The T-55M also brought about use of smoke grenade dischargers and a more balanced suspension system. Additionally, anti-radiation features were implemented for nuclear combat. Radios were upgraded for the better while armor was increased at some critical facings. Side armor skirts were also introduced for some basic point defense along the upper hull sides. Support for firing the "Bastion" anti-tank guided missile launcher. The T-55M-1 marked T-55M production models delivered with the V-46-5M series diesel engines of 691 horsepower. A laser range finder was fitted over the main gun near the mantlet.

The T-55AD was given the "Drozd" active vehicle countermeasures system intended to better protect the tank from incoming anti-tank missiles. The T-55AD-1 was similar models though delivered with the V-46-5M series diesel engines of 691 horsepower.

The T-55MV incorporated "Kontakt-1" Explosive Reactive Armor (ERA) blocks for much improved protection against incoming anti-tank missiles. The use of ERA replaced the Drozd protection scheme of noted earlier. The T-55MV-1s were nothing more than T-55MV models with the V-46-5M diesel engine of 691 horsepower.

The T-55M5 brought about use of the "Kontakt-5" ERA block package. The fire control system (FCS) was upgraded as were gunner sights. The hull was lengthened some while the engine was improved for the better. The T-55M6 mark was slightly similar though incorporating a six pair of road wheels for increased road displacement. The engine of choice was the V-46-5M diesel series of 691 horsepower. The powerful 125mm 2A46M main gun of the newer T-72 Main Battle Tank was instituted as well as its automatic loader, reducing the internal turret crew to two persons. Armor protection was further increased to counter new battlefield threats.

The Obyekt 155ML was a developmental test bed for trialing the AT-3 "Sagger" anti-tank guided missile launcher. The T-55K was another experimental T-55 used for evaluating the "Uran" system - a networked television video camera communicating with a receiving BTR-50PU armored wheeled command station.


The T-55 Main Battle Tank was widely exported to Soviet allies and nation states. This led to it being used in a myriad of conflicts ranging from Africa to the Middle East as well as within Asia. T-55s were used in anger by the Arabs against Israel in the 1967 Six Day War as well as the Yom Kippur War of 1973 to which Israeli netted over 1,000 captured systems. These were reconstituted against their former owners in modified forms fitting a 105mm main gun, General Motors engines and an Israeli fire control system (FCS). After their useful lives, the types were further modified to become armored personnel carriers or sold off to interested buyers. The T-55 was also showcased in the Vietnam War against America where they were ultimately used to break down the gates of the Presidential Palace. T-55s fared rather poorly in the 1991 Gulf War where they came up against technologically-laden Western counterparts to which their ranks were decimated. Some were even in play during the 2003 American invasion of Iraq over a decade later - again proving no match. Further deployment saw them in combat during the Balkans crisis.©MilitaryFactory.com
Note: The above text is EXCLUSIVE to the site www.MilitaryFactory.com. It is the product of many hours of research and work made possible with the help of contributors, veterans, insiders, and topic specialists. If you happen upon this text anywhere else on the internet or in print, please let us know at MilitaryFactory AT gmail DOT com so that we may take appropriate action against the offender / offending site and continue to protect this original work.
Advertisements 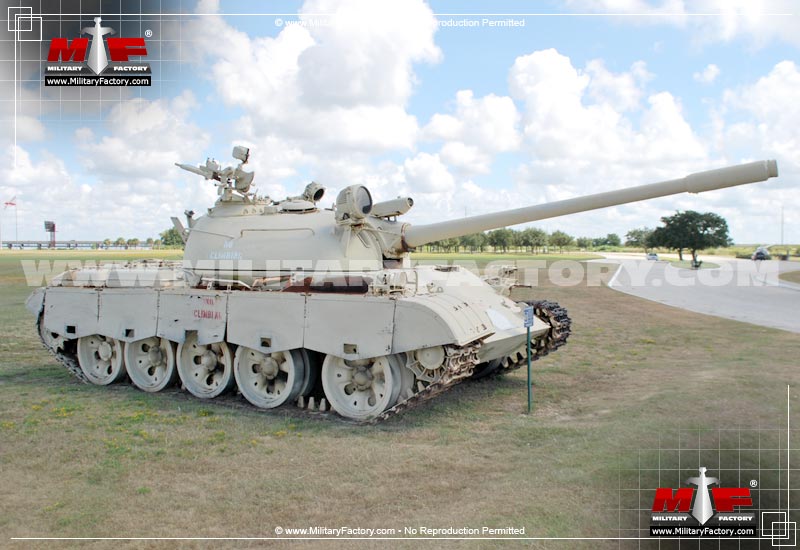 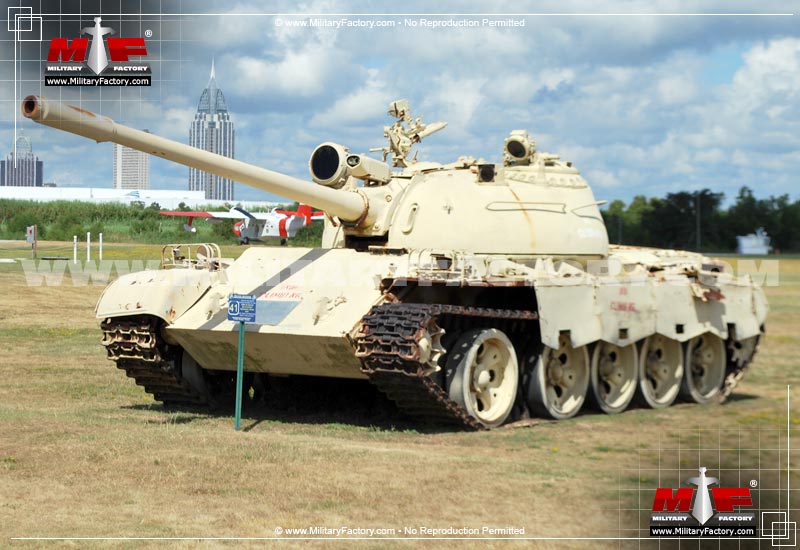 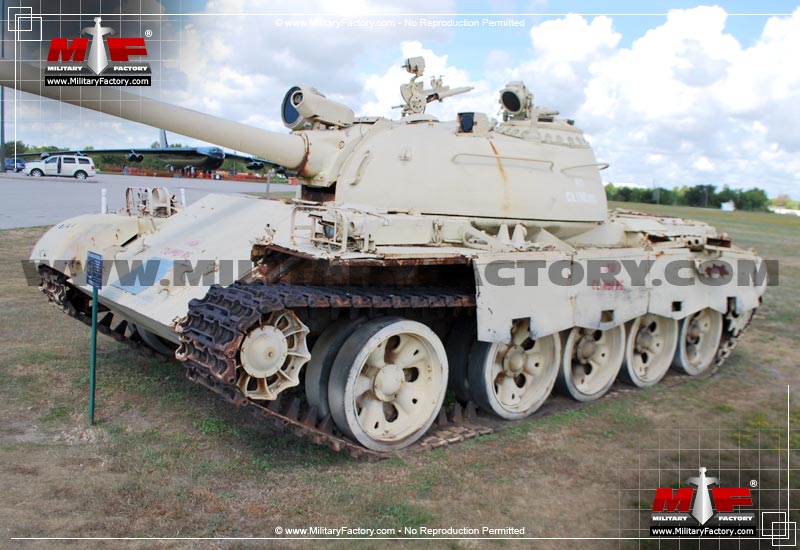 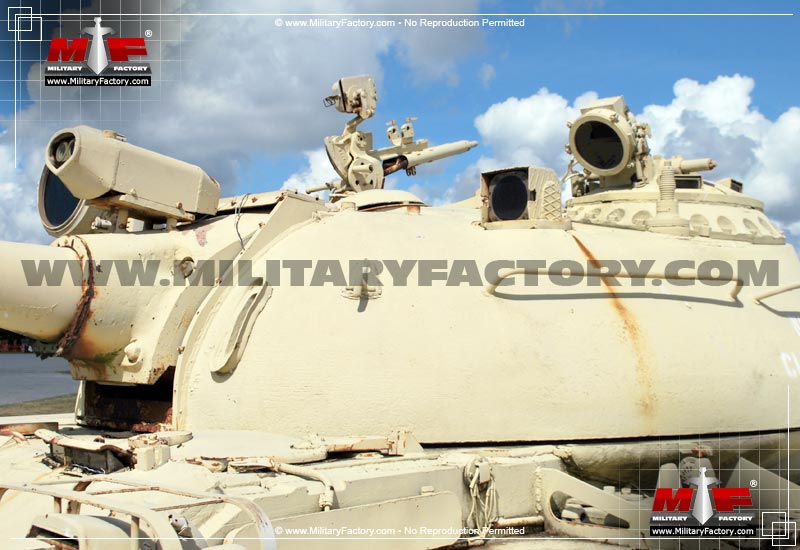 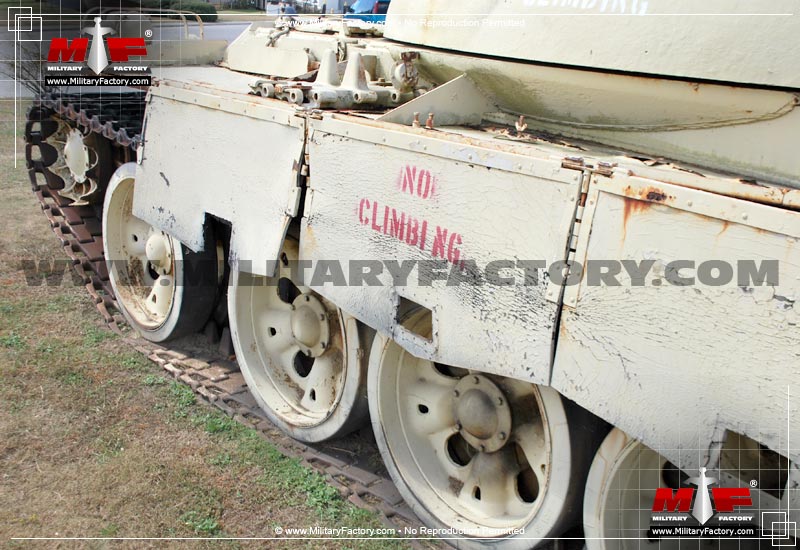 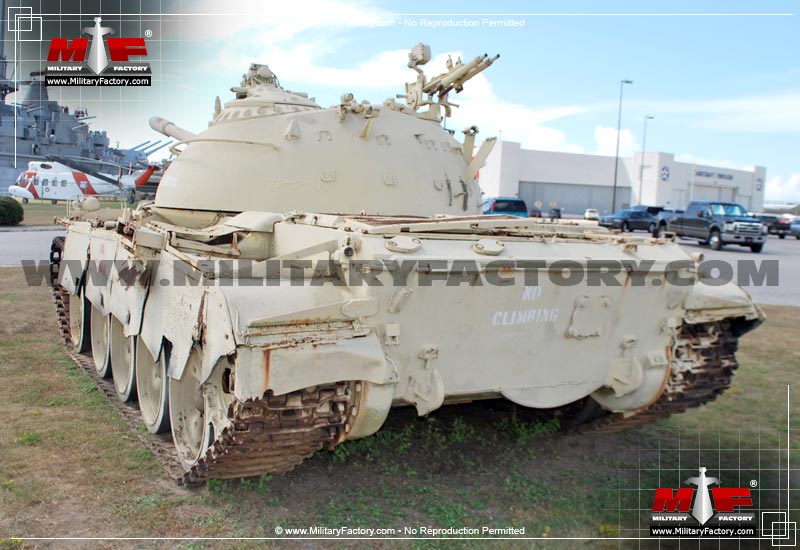 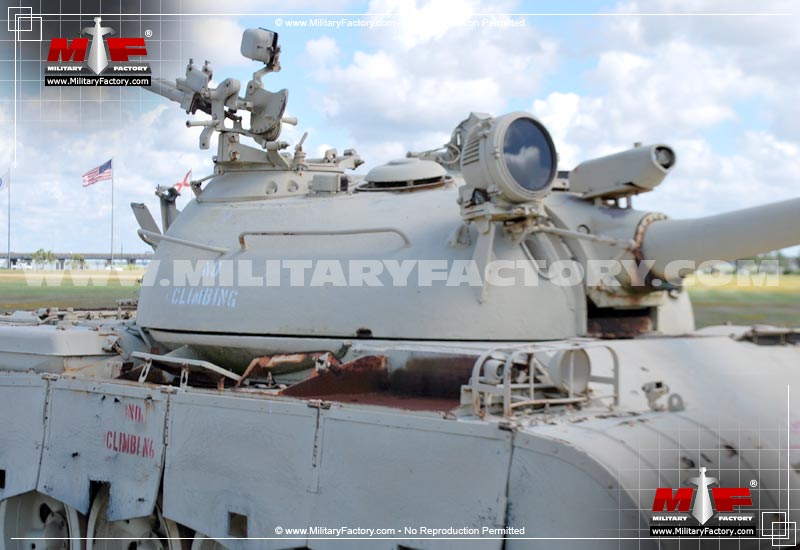 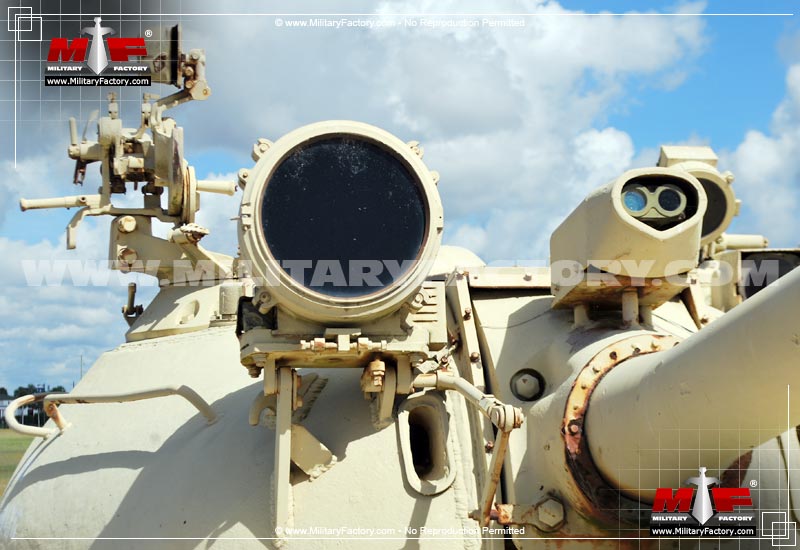 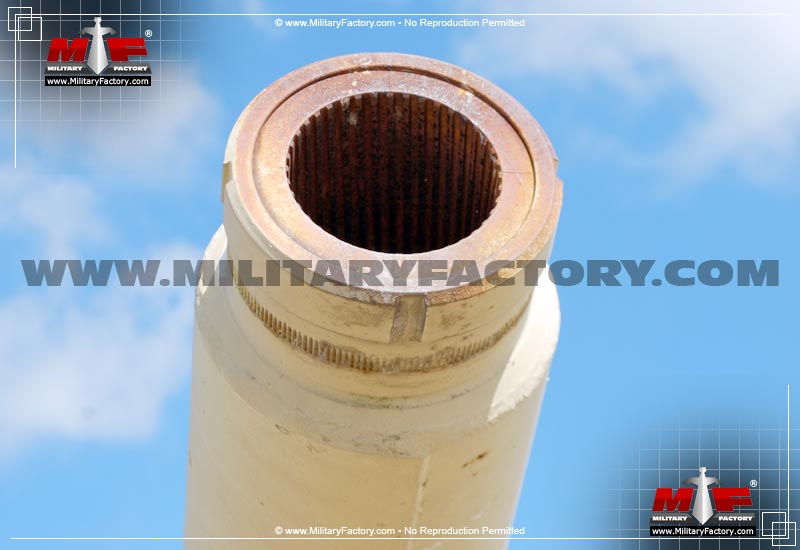 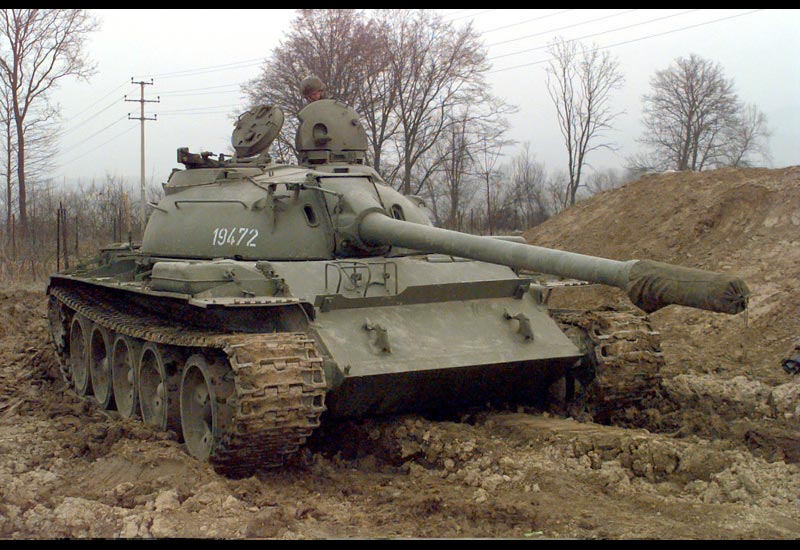 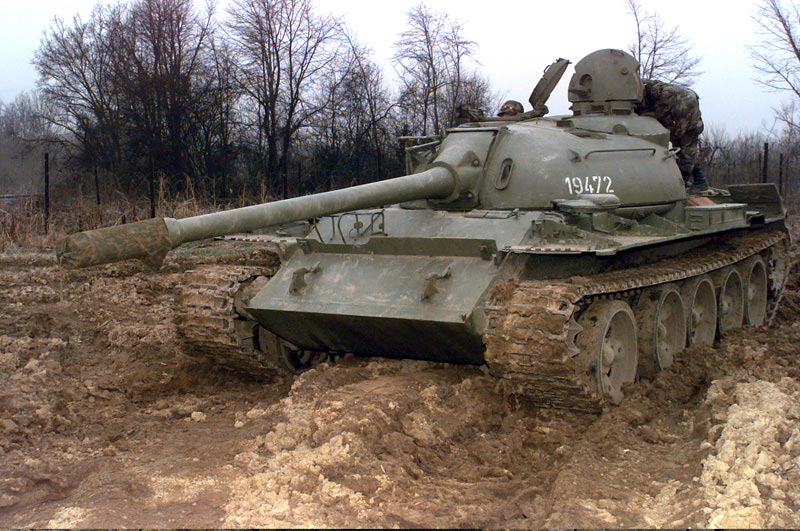 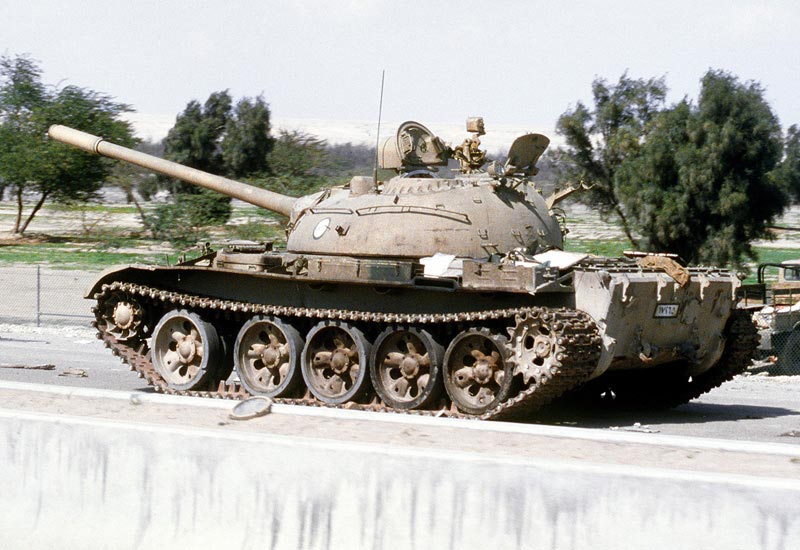 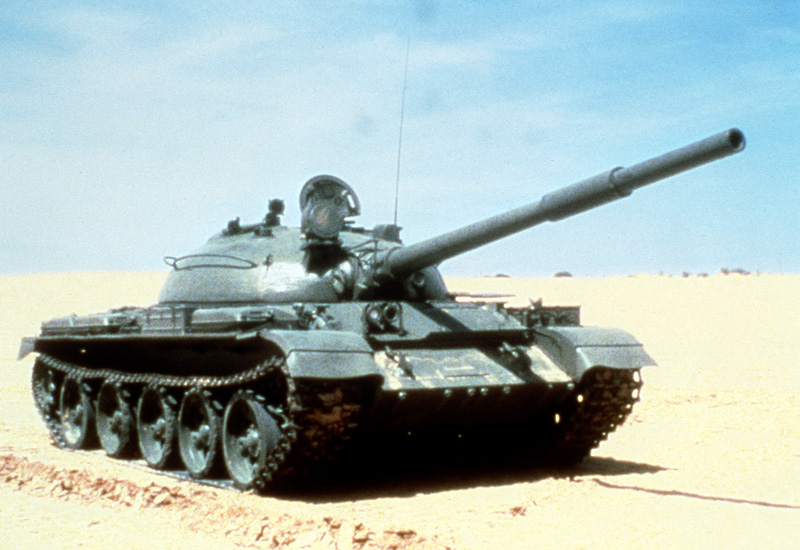 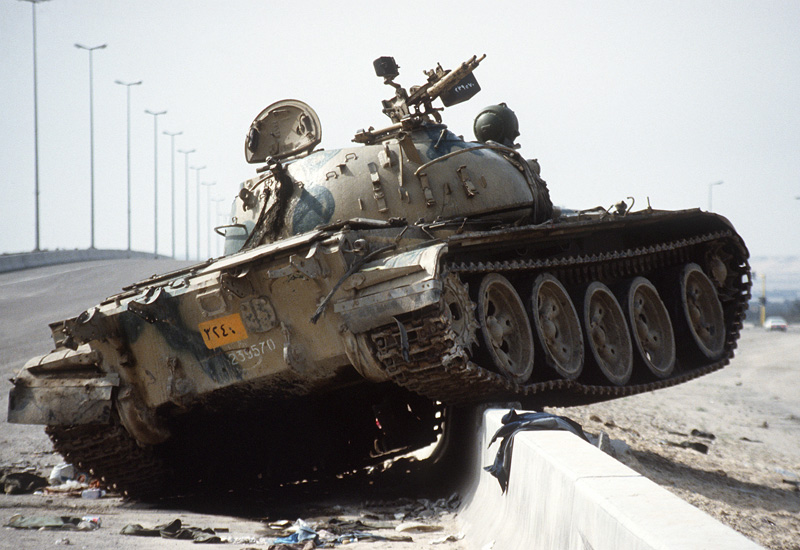 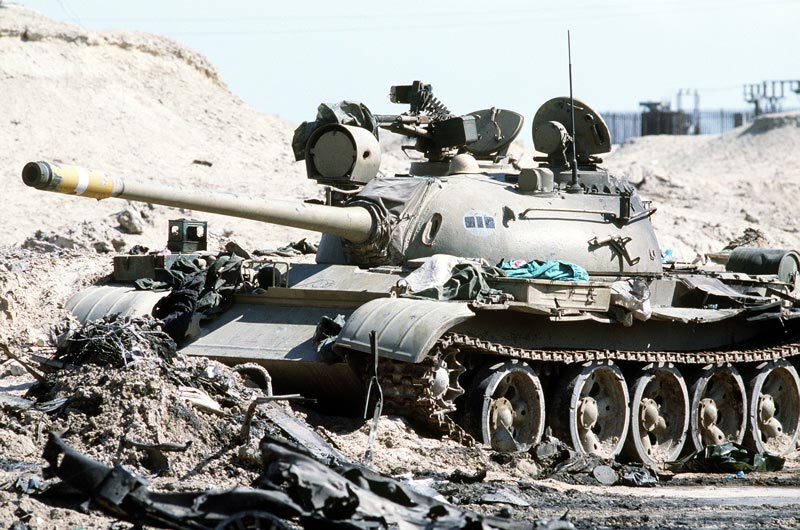