The Alvis FV101 Scorpion Light Tank has proven itself a complete battlefield package.

Authored By: Staff Writer | Last Edited: 07/02/2019 | Content ©www.MilitaryFactory.com | The following text is exclusive to this site. 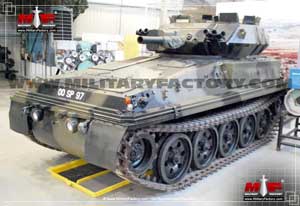 During the 1960s, the British Army adopted a tracked family concept under the Combat Vehicle Reconnaissance, Tracked (CVR-T) name which begat an entire lineup of light-class systems all manufactured under the Alvis Vehicles Limited brand label. One of these products became the Scorpion Light Tank intended for fast, armed reconnaissance and featuring a minimal crew of three. The Scorpion entered service with the British Army in 1973 and was in active use until 1993 with some 3,000 examples being delivered. Combat history included the Iran-Iraq War of the 1980s, the Falklands War of 1982 and the Persian Gulf War of 1991. Operators eventually grew out of the UK (1,500 tanks) to include Belgium, Chile, Indonesia, Iran, Jordan, Malaysia, Spain, Thailand and Venezuela among others. While no longer in active service with the British, the tank can still be found in the inventories of foreign powers.

The Scorpion is a 9-ton vehicle utilizing a track-over-wheel arrangement that sees five road wheels to each hull side. The drive sprocket is forward with the track idler at rear and no track return rollers are implemented. Dimensions include a length of 17.4 feet, a width of 7 feet and a height of 7 feet making her a most combat battlefield system. Indeed, she was designed for air transport in the belly of a Lockheed C-130 Hercules in pairs. Her crew of three includes the driver, commander and gunner. The driver sits in the hull at front-left with the powerpack to his right. The remaining two crew reside in the 360-traversable turret found along the aft section of the hull superstructure. Armor protection is against heavy small arms fire (12.7mm) and of welded aluminum. The vehicle is amphibious by design, requiring some preparation by the crew by way of raising a floatation screen prior to entry into a water source. An NBC kit (Nuclear, Biological, Chemical) is standard.

As a light tank, the Scorpion was modestly armed with a Royal Ordnance Factory series 76mm L23A1 main gun - these later upgraded in the "Scorpion 90 / Scorpion II" mark with a Cockerill Mk III M-A1 90mm main gun to make the light tank more of a battlefield threat. A coaxial 7.62mm L43A1 machine gun was part of the turret armament. An optional 7.62mm could be fitted at one of the turret roof hatches. Eight smoke grenade dischargers (four in two banks) are located to either frontal side of the turret. Original Scorpion turrets made their way onto Canadian MOWAG Piranha 6x6 vehicles to be reborn as the "Cougar".

Power to the vehicle is served through a Cummins BTA diesel-fueled engine of 190 horsepower mated to a David Brown TN15 series transmission system. Suspension is via a torsion bar arrangement. Overall, the Scorpion can reach road speeds of 45 miles per hour and operational ranges out to 470 miles. Originally, the design carried a Jaguar J60 gasoline-fueled engine.

British Scorpions saw combat service during the 1982 Falklands War and the 1991 Persian Gulf War where its speed and fire support capabilities were put to excellent use.
Advertisements 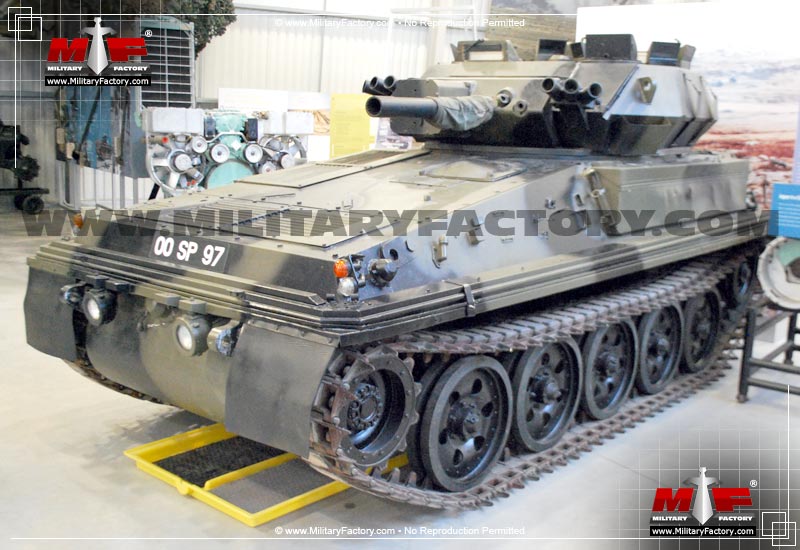 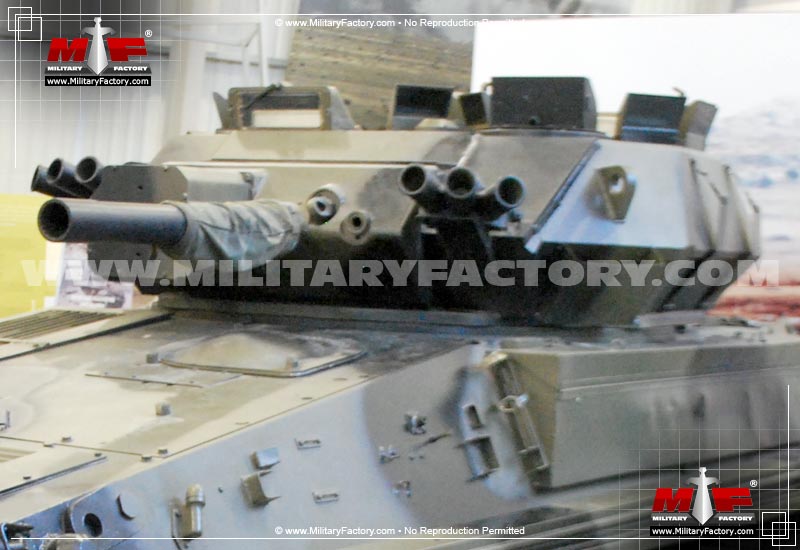 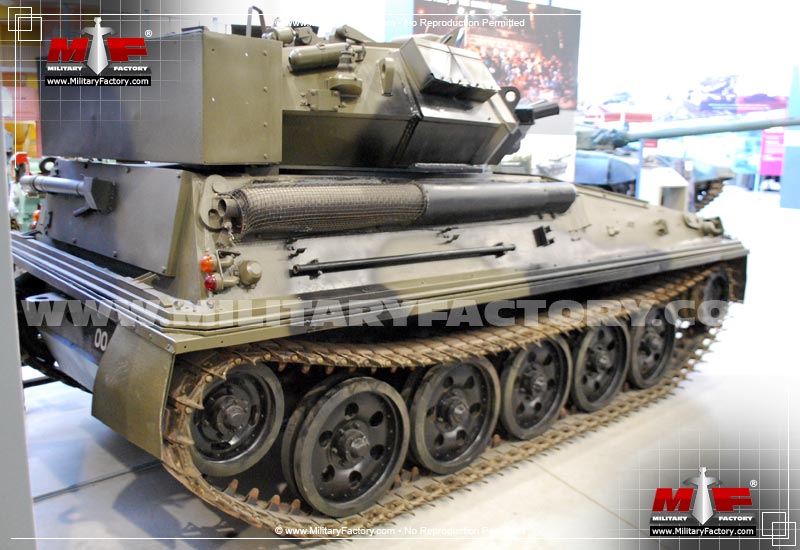 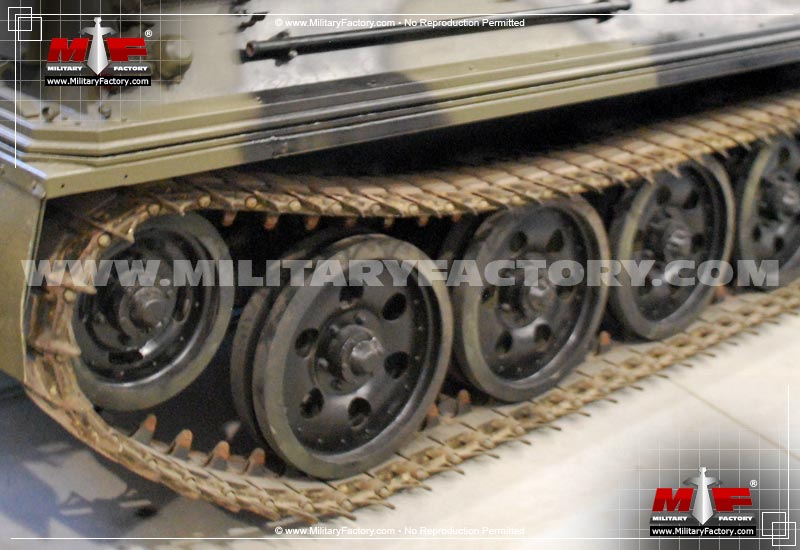 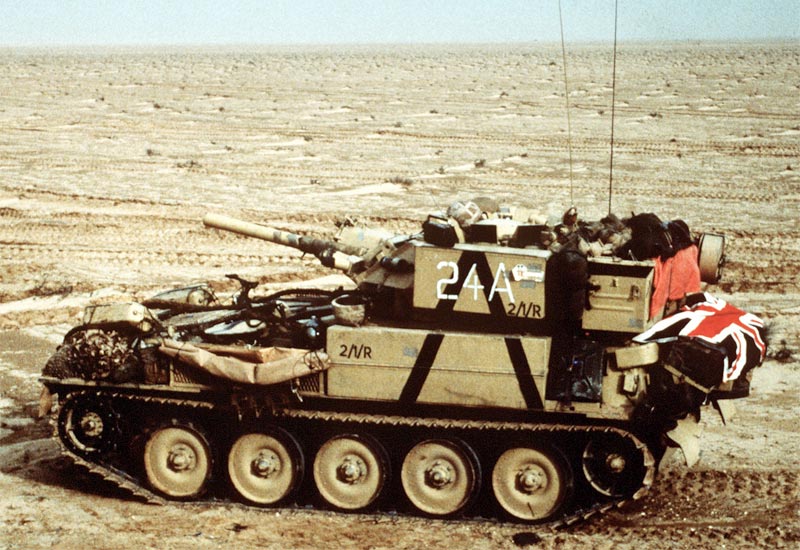