The SA-2 was a potent, high-value air defense weapon system in its prime, perhaps best known for downing a United States U-2 spyplane during the volatile Cold War years. 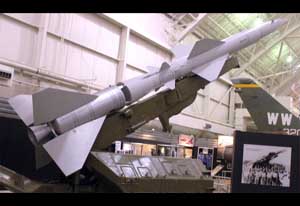 The original SA-2 Guideline design was engineered to track down and destroy the less-maneuverable high-altitude American bombers, more precisely - the Air Force's stalwart, the B-52 Stratofortress. The capabilities of the Guideline system were highly valued, so much so that all other primary air defense systems (with the exception of those marking Moscow), were replaced by the newer SA-2's. By 1965, no fewer than 1,000 SA-2 Guideline launch sites had been established throughout the Soviet Empire and its satellite locations with a large contingent residing in the Soviet-controlled East Germany.

The first confirmed downing of an aircraft by the SA-2 system was of a Taiwanese reconnaissance aircraft of the RB-57 type, destroyed in 1959 over China. Successes continued to follow the system including the notable downing of Gary Power's U-2 Spy plane that reached the global headlines (more than one missile was actually launched and the aircraft was hit several times before going down). This single act resulted in a re-thinking of military and reconnaissance planning when dealing with high-altitude Soviet air defense systems.

During the Vietnam conflict with America, Soviet-supplied SA-2's to the North Vietnamese were responsible for aggressively targeting and destroying US Navy, Air Force and Marine aircraft. As a direct response, the United States was forced to develop counter-weapons systems to help combat the very serious SA-2 threat.

Despite advancements in Electronic CounterMeasure (ECM) systems and tactics, the SA-2 system still enjoyed relative success throughout the conflict and afterwards (some running through modernization programs to help extend the service life of the system). Never the less, the SA-2 Guideline would eventually begin giving way to the more advanced SA-10 series of surface-to-air missile systems.

The base system combines fragmentation warhead with proximity, contact and command fusing capability mounted to a two-stage solid rocket fuel booster system. The warhead weighs in at roughly 434 pounds and can be fitted with an alternative nuclear-capable warhead if need be. Range is reported to be up to 30 miles and the missile system can reach upwards of 60,000 feet.

NOTE: Specifications shown above are for the SA-2A Guideline model of the SA-2 Guideline series of air defense missiles.
Advertisements

(Not all weapon types may be represented in the showcase above)
1 x 35ft, 5,041lb surface-to-air missile (various available warheads). 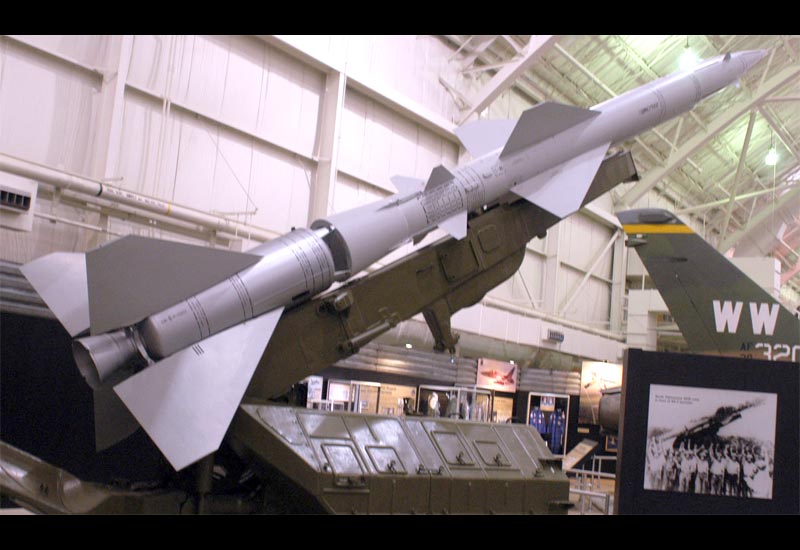