Authored By: Staff Writer | Last Edited: 06/14/2022 | Content ©www.MilitaryFactory.com | The following text is exclusive to this site. 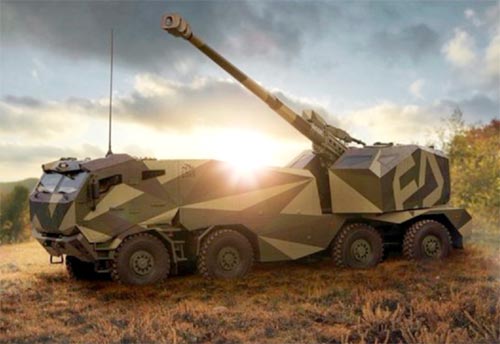 The MORANA ("Death") is a Czech / Slovak developed Self-Propelled Howitzer (SPH) system offering a large-caliber in-direct-fire battlefield solution coupled with inherent mobility. The technology-demonstrating vehicle is an evolution of the same concept realized through the DANA (ZUZANA) and ZUZANA 2 designs (both detailed elsewhere on this side) mounting powerful guns on all-wheeled chassis. As the battlefield continues to evolve to become ever more mobile, the MORANA will surely find buyers across the military market of Europe and beyond.

The vehicle is a joint-development between Czech-based Excalibur Army (responsible for the chassis / hull) and Slovak-based ZTS Special (developing the main gun armament).

The chassis is supported by an 8x8 all-wheeled arrangement with four axles set about in pairs, well-spaced to displace the entire weight of the vehicle. The roadwheels are large with run-flat capability and the chassis is suspended high off the ground offering excellent clearance for the military truck. The turret is seated over the rear section of the chassis, a departure from the previous DANA iterations which sat the emplacement over midships. The electro-hydraulic-powered turret is optionally manned while the standard operating crew resides in the lightly-armored, four-door cab at the bow. The powerpack sits just aft of the driving enclosure.

The featured weapon on the MORANA is a proven 155 /L52 caliber gun given elevation and traverse through the powered turret system. This allows the gun to face left or right up to 60-degrees from centerline relative to the vehicle's facing. The mobile aspect of the overall design means the vehicle can set up, fire its gun, and relocate within minutes - frustrating seek-and-destroy aerial systems such as fighters and attack drones. A fully-stabilized, all-digital Fire Control System (FCS) ensures accuracy at-range. Beyond this is a Remote Weapon Station (RWS) - "Guardian Secutor" - system featuring a 12.7mm Heavy Machine Gun (HMG) for dealing with inbound aerial threats and light-armored vehicles.©MilitaryFactory.com
Note: The above text is EXCLUSIVE to the site www.MilitaryFactory.com. It is the product of many hours of research and work made possible with the help of contributors, veterans, insiders, and topic specialists. If you happen upon this text anywhere else on the internet or in print, please let us know at MilitaryFactory AT gmail DOT com so that we may take appropriate action against the offender / offending site and continue to protect this original work.
Advertisements 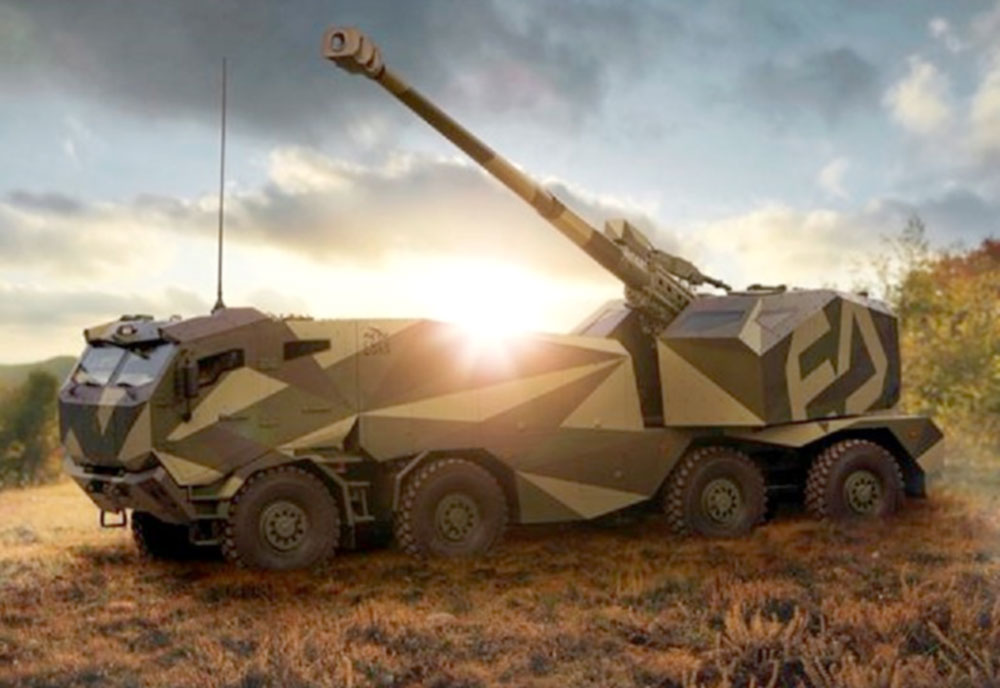 Battlefield developments of similar form and function, or related to, the Excalibur Army MORANA (Death)...