The Slovakian-originated ZUZANA 2 is modernized version of the earlier ZUZANA utilized by Slovakian and Cyprus forces. 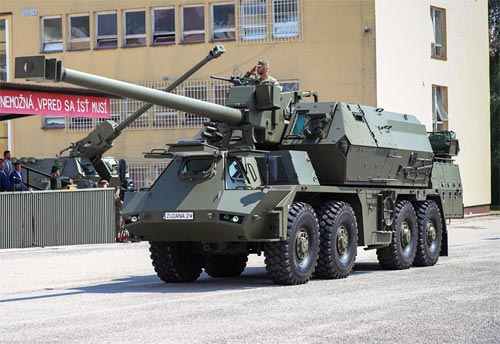 The ZUZANA 2 is a modernized follow-up design to the original ZUZANA 155mm 8x8 wheeled self-propelled gun platform originating from Slovakia in 1998 (detailed elsewhere on this site), itself a revision of the original 152mm-armed DANA vehicle from the former Czechoslovakia. The newer design, accepted into service by Slovak forces in July of 2021 and continues the same battlefield role of its predecessor - fielding a powerful 155mm caliber traversable main gun atop an all-wheel heavy-duty military truck chassis. The gun is given complete 360-traversal in the new arrangement and carries an operating crew of just three (unlike the ZUZANA which carried four personnel). Trials of the vehicle were undertaken in late-2009 and the Army service committed to twenty-five of the type.

In the ZUZANA 2, the driver sits in a forward-set cabin ahead and under the main gun armament. Two forward axles and two rear axles are showcased in the design. The wheeled arrangement is suitable for driving on paved roads as well as cutting across country as needed, keeping the vehicle as mobile and tactically useful as possible. Each hull side has four large, rubber-tired roadwheels offering considerable ground clearance and traction as well as weigh displacement. The enclosed, powered turret is set over midships and features a manually-powered 12.7mm Anti-Aircraft (AA) Heavy Machine Gun (HMG) at the commander's cupola (aimed via iron sights). To either side of the turret is a bank of four smoke grenade dischargers allowing for a self-screening action to be had. Basic ballistics protection is had through the angled armor faces and armored screens can be raised or lowered over the window panes for added protection.©MilitaryFactory.com
Note: The above text is EXCLUSIVE to the site www.MilitaryFactory.com. It is the product of many hours of research and work made possible with the help of contributors, veterans, insiders, and topic specialists. If you happen upon this text anywhere else on the internet or in print, please let us know at MilitaryFactory AT gmail DOT com so that we may take appropriate action against the offender / offending site and continue to protect this original work.

July 2021 - The Slovak Army has officially accepted deliveries of the first Zusana 2 vehicles into service.

(Not all weapon types may be represented in the showcase above)
35 x 155mm projectiles (estimated).
500 x 12.7mm ammunition (estimated).
8 x Smoke grenades. 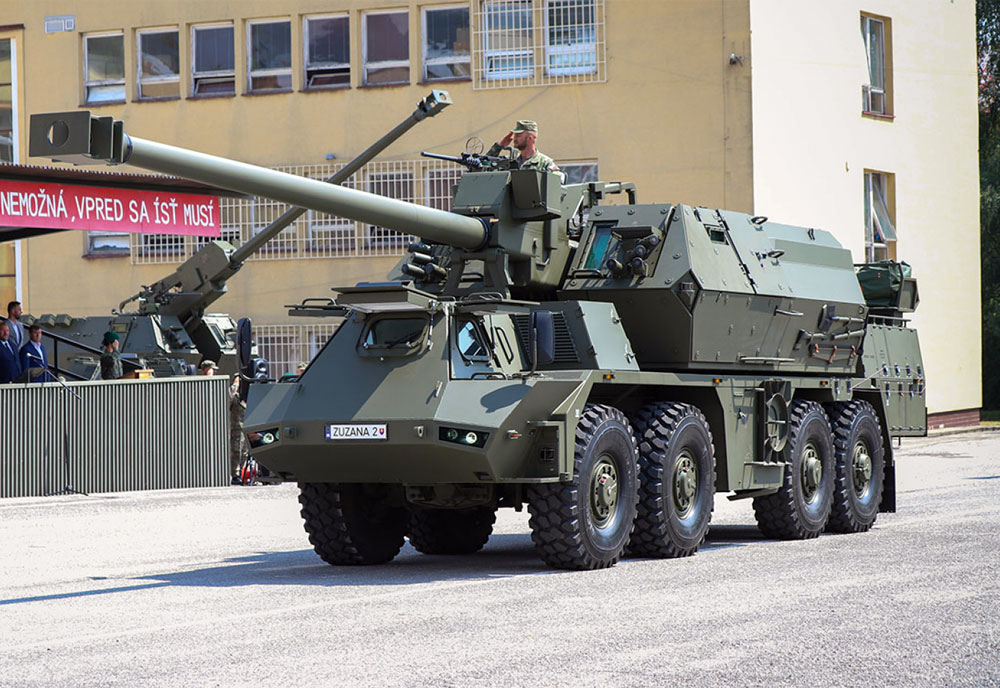 Image from the Slovakian Ministry of Defense; Public Release.
2 / 2 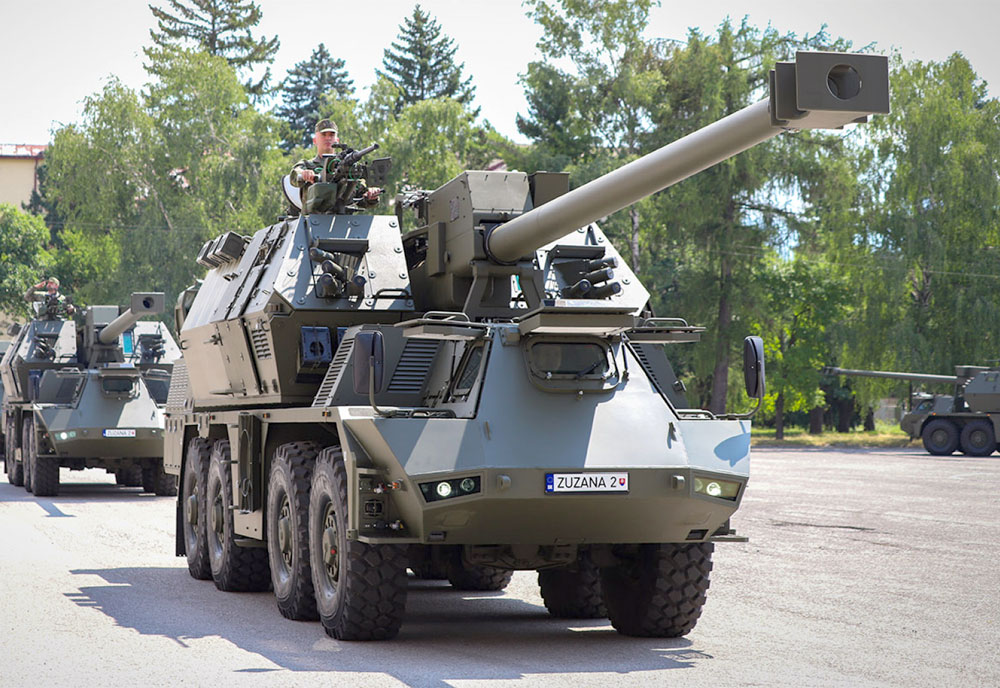 Battlefield developments of similar form and function, or related to, the SpGH ZUZANA 2...