The T-64 Bulat is a localized Ukrainian modernization of the original Soviet-era T-64 Main Battle Tank.

Authored By: Staff Writer | Last Edited: 03/26/2022 | Content ©www.MilitaryFactory.com | The following text is exclusive to this site. 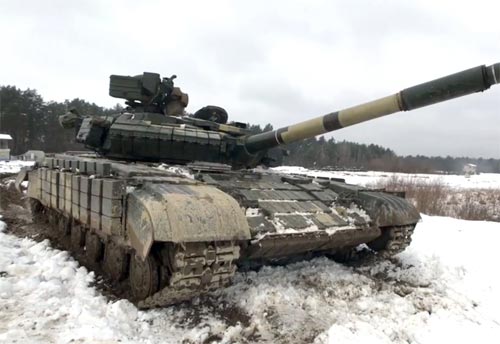 The fall of the Soviet Empire in 1991 reverted control of local military industry back to host countries like Ukraine. As the Ukrainian Army relied on the T-64 Main Battle Tank (MBT), this very vehicle was produced at the primary factory in-country, resulting in further development of the design to further the local battlefield solution - resulting in the T-64BM "Bulat" derivative.

In 1999, the country introduced a pair of modernization initiatives aimed at keeping the tanks viable for the long term. The T-64BM2 upgraded incorporated a 57DFM diesel engine of 850 horsepower and added AT-11 "Sniper" (9M119) Anti-Tank Guided-Missile (ATGM) support as well as the newer 1A43U Fire Control System (FCS). The Main gun was now loaded by the 6ETs43 loader. Alongside this mark was the T-64U which relied on the 1A45 FCS (the same as used in the T-80U and T-84 MBT models) and incorporated the updated TKN-4S and PZU-7 optics set. Gun control could be given to the tank commander himself. In either design, the tanks could be refitted with the 6TDF diesel engine of 1,000 horsepower for enhanced performance. Both models were also protected in Soviet-originated "Kontakt-5" Explosive Reactive Armor (ERA) and carried a 7.62mm co-axial machine gun and 12.7mm Anti-Aircraft (AA) Heavy Machine Gun (HMG) as standard.

In the subsequent 50-ton T-64BM "Bulat" offering, the tank was re-armed with the 125mm KBA3 series main gun, TO1-KO1ER night-sight, and Kombat ATGM missile support. Power was from the 5TDFM diesel engine of 850 horsepower providing a range out to 240 miles at speeds of 45 miles-per-hour. The ERA protection package switched to the "Nizh" type. These models began appearing in 2010 form the existing T-64 tank stock.

In 2017, the modernized T-64BV was revealed. Nizh ERA protection, thermal imaging, and TPN-1-TPV night-sighting devices were all made standard. Communications were upgraded and satellite navigation added. ERA blocks are set across the glacis plate, side armor skirts, and at the turret facings for maximum protection against modern battlefield threats. The AA gun sits at the commander's hatch / cupola. Six smoke grenade dischargers are set in single banks to either side of the turret.

In 2019, the T-64BM2 "Bulat" appeared and this variant introduced the 1A43U FCS, TPN-1TPV thermal imaging sighting device, and updated communications equipment. A new turret ring was developed and additional armoring added around the engine compartment. Power was from the larger 6TD-1 diesel engine of 1,000 horsepower driving the track-and-wheel arrangement, dimensions of this new engine necessitating a rework of the engine compartment to accommodate the powerpack. Testing of this new variant was undertaken in 2021.

The BM2 showcases noticeable protection efforts all along the hull front, glacis plate, side skirts, and at the turret facings. The AA gun remains at the commander's position and the thermal imager is identified over the left-hand side of the turret. Smoke grenade dischargers are retained along the turret sides.

Despite its Cold War origins, the T-64 MBT continues in service with the modern Ukrainian Army.
Advertisements

Track-and-Wheel Arrangement Vehicle utilizes a track-and-wheel arrangement to provide enhanced cross-country travel capability.
Primary Turret A modern tank quality, this vehicle sports its main armament in a single turret.
Traversable Main Armament Armament is situated in a traversing component, allowing for all-around engagement of enemy threats.
Recoil Enhancement Main weapon has an integral recoil mechanism, allowing the system to remain trained-on-target after firing.
Firing On-the-Move A modern quality, onboard systems provide accuracy to primary armament allowing for firing on-the-move.
Autoloader The main gun system includes an autoloading feature that reduces the crew commitment.
Cross-Country Capability Design includes such features as a track-link system or high ground clearance to better traverse offroad.
Angled Armor Angled armor at key facings adds inherent ballistics protection to the vehicle.
Enhanced Armor Protection Protection is enhanced by way of additional armor being installed over that of standard levels; plate steel for older designs and reactive armor for modern types.
Armored Skirt Additional protection to the upper track reaches and roadwheels is achieved by way of addon armored skirts along the sides of the hull.
NBC Protection Crew is provided (either as standard or optional) protection against Nuclear-Biological-Chemical agents for enhanced survivability in contaminated zones.
Smoke Screening Vehicle has capability to self-generate a smoke screen, either through launched grenades or built-in engine funtion (raw fuel injection).
Nightvision Crew has access to night-vision equipment, allowing for low-light or night time operations.
Anti-Aircraft / Air-Defense Capable System is given an anti-aircraft defense component to protect itself from low-flying aerial threats at range.
Anti-Tank Capable Onboard solution provides ability to neutralize armored or fortified targets at range through missile or penetrating ballistic weapons.
Anti-Infantry Vehicle features an in-built anti-infantry capability for local defense of the vehicle or general troop suppression. 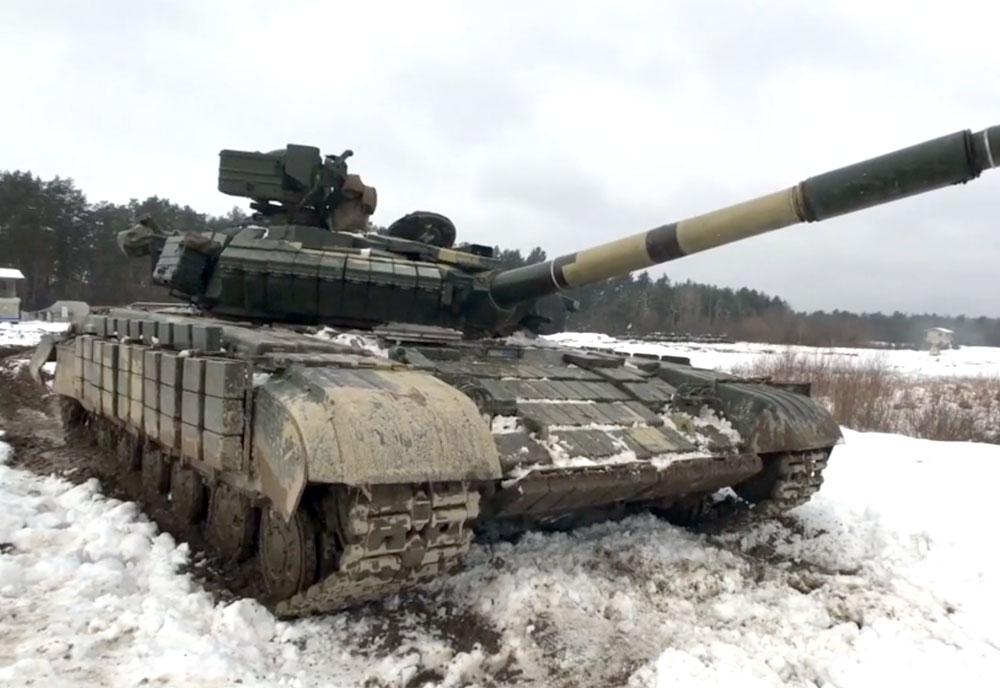 Image from video provided through the DVIDS U.S. DoD database.