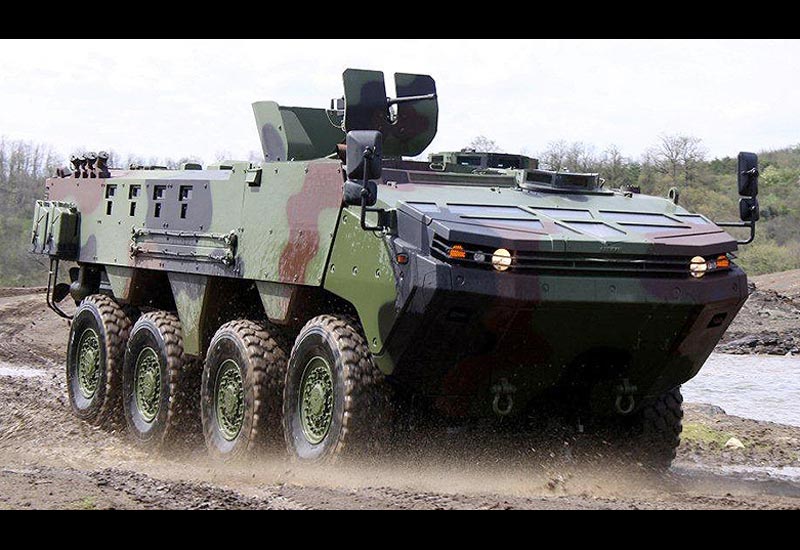 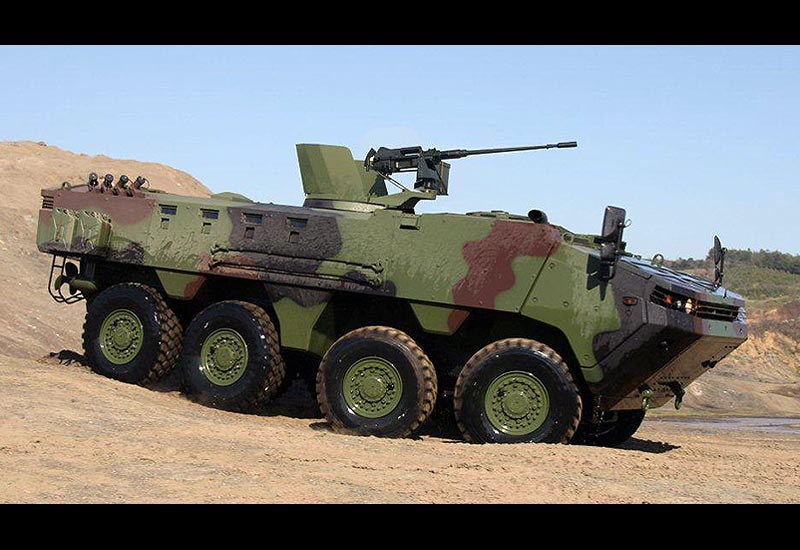 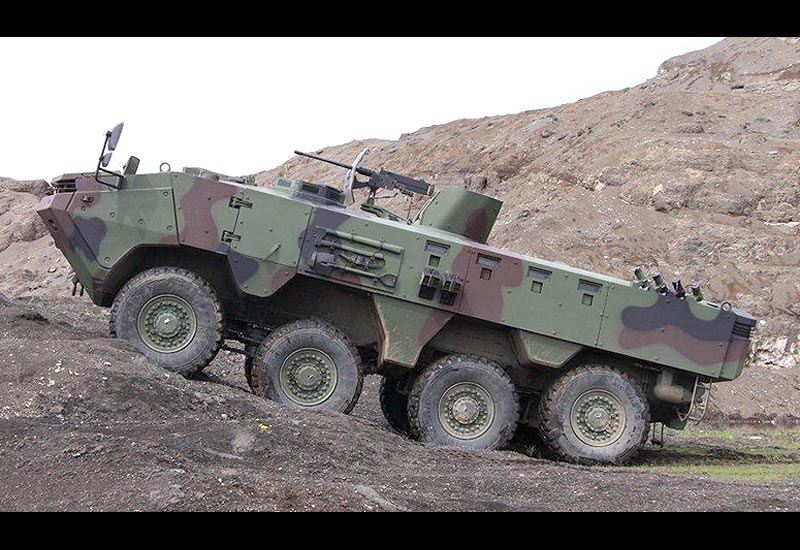 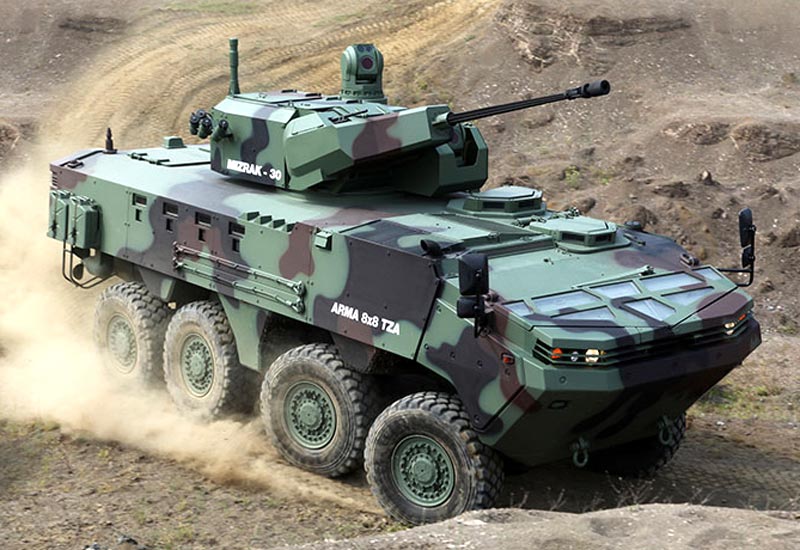 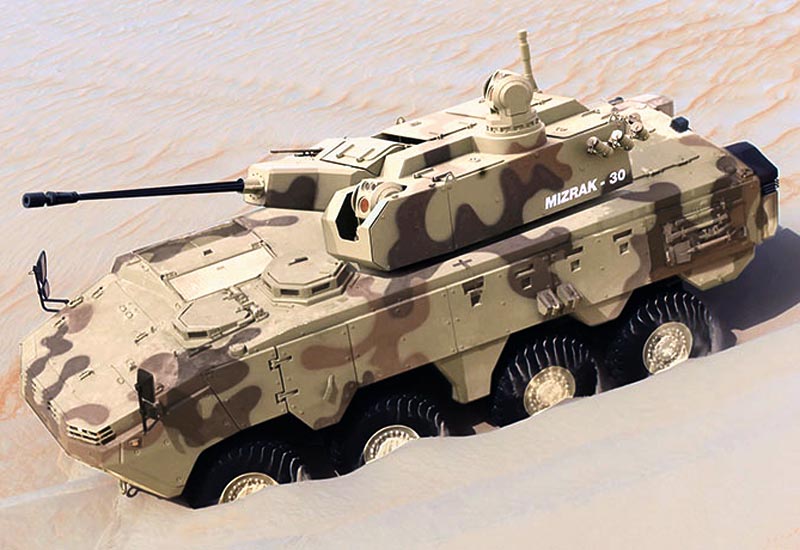 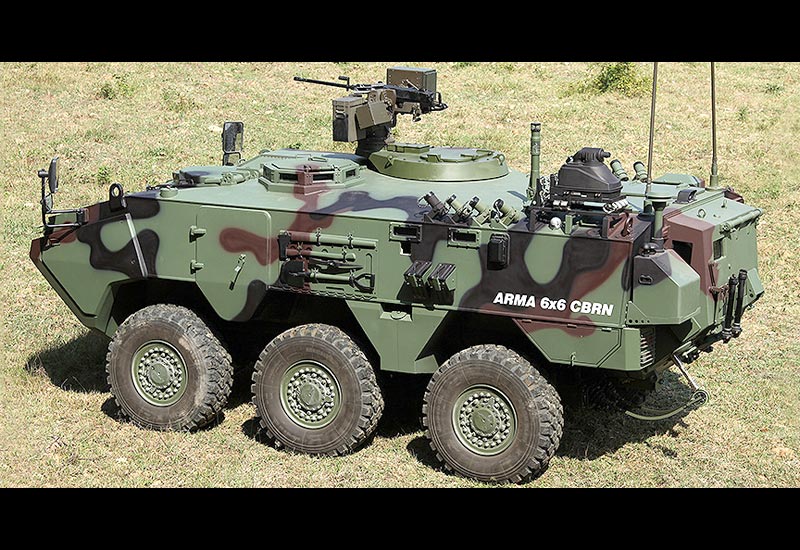 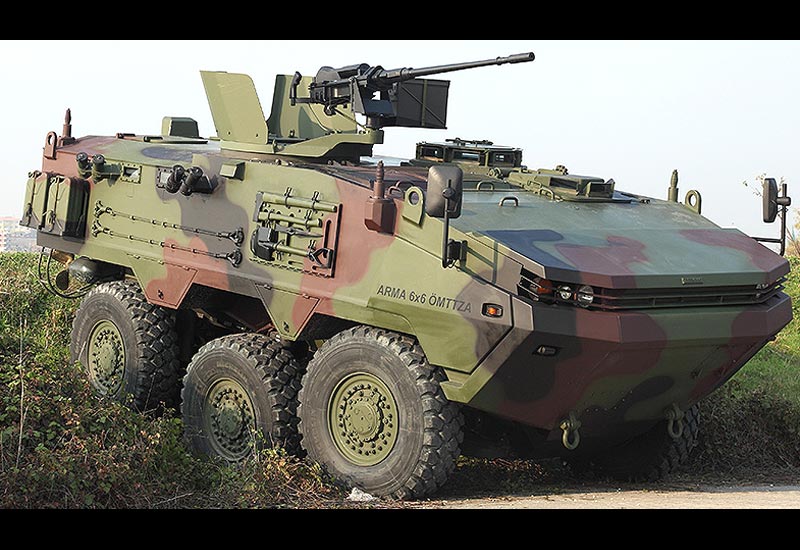 The Otokar Arma is another in a growing line of indigenously designed, developed, and produced military vehicles coming out of the nation of Turkey.

Authored By: Staff Writer | Last Edited: 06/20/2018 | Content ©www.MilitaryFactory.com | The following text is exclusive to this site.
Otokar of Turkey markets its modular-minded "ARMA" wheeled Armored Fighting Vehicle (AFV) to cover a multitude of battlefield roles including troop ferrying, infantry support, and convoy security. At the heart of the design is its tactical flexibility and broad array of armament options ranging from basic anti-infantry measures to more advanced - and powerful - vehicle-stopping systems. Beyond its given military value, the ARMA can also find roles within the ranks of government security, special police forces, and humanitarian/peacekeeping elements around the world. The 24-ton vehicle is offered in two distinct hull forms - a 6x6 wheeled arrangement and an 8x8 wheeled arrangement with the latter adding length to the hull and an extra twin-wheeled axle.

The operating crew is two-to-three depending on model with seating for up to eight-to-ten passengers (model dependent) under protection. Armor shields against small arms fire and artillery spray while a monocoque steel hull is used to protect the more vulnerable belly of the truck - giving the ARMA survival qualities akin to Western MRAP (Mine-Resistant, Ambush-Protected) vehicles. Dimensions include a running length of 6.4 meters with a beam of 2.7 meters and a height of 2.2 meters - allowing it to be carried in the belly of a C-130 Hercules transport or similar aircraft.

The forward face of the hull showcases a very shallow, nearly horizontal glacis plate with embedded headlamps and low-level running lights. Rearview mirrors are positioned at either cheek position for the driver who takes his position at front-left in the hull. A hatch is set over the driver's position for easy entry/exit. The vehicle commander's station is directly aft of the driver and showcases its own entry/exit hatch complete with vision blocks for situational awareness. The passenger section makes up the rear of the fighting compartment and has its own entry/exit hatches (over the aft-section of the hull roof), side-fitted firing ports (complete with individual vision blocks), and a hinged access door at the rear hull face. There is a hinged square access hatch along the portside of the hull as well. Standard equipment includes an NBC () suite, anti-mine seats, and climate-control/air conditioning.

Power is from a single liquid-cooled, diesel-fueled turbo-charged unit outputting 450 horsepower giving the vehicle a maximum road speed of 105 kmh with an operational road range out to 700 kilometers. The engine is positioned at front-right, opposite the driver's location. The chassis is suspended through a hydropneumatic arrangement offering excellent cross-country mobility and ground clearance. An optional amphibious quality is supported for the ARMA design with propulsion by way of waterjets fitted to each corner of the rear lower hull area. Some preparation for the vehicle is needed prior to entering water sources and aspiration of the engine is through a snorkel tube.

The 6x6 model is offered in a basic Armored Personnel Carrier (APC), Infantry Fighting Vehicle (IFV), Command Post (CP), Ambulance, reconnaissance, and driver trainer forms.
The base, unarmed model is a 6x6 wheeled form which provides a better turn radius (when compared to the 8x8 sister design) while retaining mobility and ground clearance. 8 x Smoke grenade dischargers are fitted in two banks of four launchers at the rear side hull roof lines. The ARMA 6x6 CBRN is another 6x6 wheeled form. This fits a 7.62mm trainable machine gun on a pintle mounting at the gunner's station offering light suppression capabilities. The ARMA 6x6 OMTTZA fits a 12.7mm Heavy Machine Gun (HMG) at the gunner's position (shield-protected) and carries 8 x Smoke grenade dischargers. The 12.7mm fit can be substituted with a 7.62mm caliber Medium Machine Gun (MMG) or a wholly-remotely-controlled Remote Weapon Station (RWS) fielding a 7.62mm machine gun. Over the rear of the hull can be installed a secondary, pintle-mounted 7.62mm weapon though little in the way of protection is afforded the firer.

ARMA 8x8 TZA mounts a powerful 20mm automatic cannon in a fully-traversing turret. A coaxial 7.62mm machine is fitted over the cannon and eight smoke grenade dischargers give the vehicle a self-screening capability. Advanced optics allow for excellent situational awareness by the crew. The ARMA "MIZRAK-30" fits an even more powerful 30mm autocannon with coaxial 7.62mm machine gun and smoke grenade dischargers. A tank-killing model has also been unveiled with a turret-mounted 105mm rifled main gun.

To date, the Otokar ARMA counts the military of Bahrain as an operator. The nation secured seventy-three vehicles in a 2010 deal. United Arab Emirates in 2017 announced a deal for 700 vehicles modified for army service under the "RABDAN" name. This truck weighs 28 tons when completed and outfitted.

Bahrain; United Arab Emirates (Rabdan variant)
(OPERATORS list includes past, present, and future operators when applicable)
✓ Amphibious Assault
Traverse bodies of open water under own power with / without preparation. ✓ Anti-Aircraft / Airspace Denial
Base model or variant can be used to search, track, and neutralize airborne elements at range. ✓ Anti-Tank / Anti-Armor
Base model or variant can be used to track, engage, and defeat armored enemy elements at range. ✓ Infantry Support
Support allied ground forces through weapons, inherent capabilities, and / or onboard systems. ✓ MRAP
Designed to withstand attacks from mines and ambushes through specialized design and survivability features.