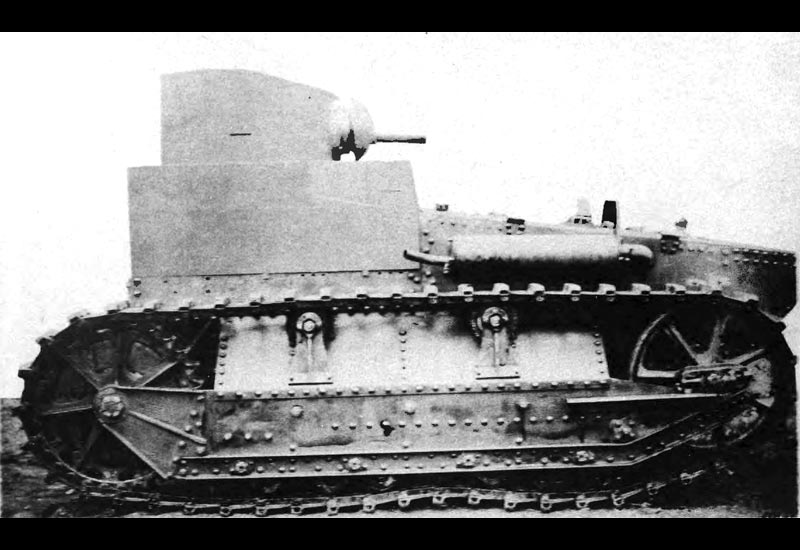 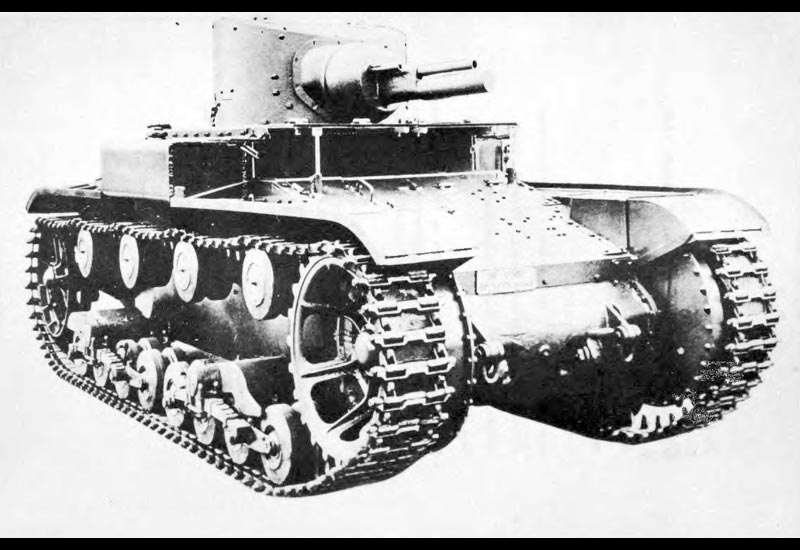 The T1 Light Tank was evolved into several important test vehicles for the United States Army during the 1930s.

Authored By: Staff Writer | Last Edited: 09/28/2018 | Content ©www.MilitaryFactory.com | The following text is exclusive to this site.
The American path to a viable, indigenous combat tank was a long and slow process. World War 1 (1914-1918) provided the U.S. Army with the battlefield exposure needed to appreciate the type in service alongside cavalry and infantry forces but those examples in play were foreign-born British and French models. What was needed was a homegrown solution that was battlefield-capable, economical and ready for mass-production should another war in Europe erupt.

As such, various automobile designers lent their talents to the standing U.S. Army requirement. Perhaps the best known of the group was J. Walter Christie who interested the Ordnance Department in several track-and-wheel designs for self-propelled artillery during the war. From this came a series of medium tanks but none found favor with Army authorities heading into mid-1920. Walter would go on to make a name for himself with his Christie Suspension system that became widely used in a variety of tanks of the 1920s and 1930s.

Harry A. Knox was another automobile designer who came to the attention of the Army and he was hired by the Rock Island Arsenal (RIA) to develop a new tank based on his (and his company's) experience in building cars and trucks for the war effort. Knox began by undertaking the "T1 Light Tank" project to supersede the French Renault FT-17s in American service - redesignated M1917 6-Ton by the Army. For its time, the FT-17 was a revolution in tank design for it mounted its primary armament in a traversing turret. Two crew made up the operators of this light tank system and it more than proved its worth in the fighting that followed. Knox's goal was to produce a similar light-class combat vehicle though of better reliability and improved concentrated firepower so the T1 was designed around these qualities. Furthermore, Knox sought to devise a basic chassis that would/could be used across a whole family of related vehicles - providing the economic measure that was so favorable to the Army.

Proposed armament was a 37mm M1916 main gun along with a coaxial 0.30 caliber machine gun - both fitted to the frontal face of the turret. One of the key differences of the T1 compared to earlier American tank designs was the engine positioned at the bow of the hull (instead of the rear). This forced the crew compartment and turret to be seated over the rear. The sides of the vehicle were dominated by the track-and-wheel arrangement and armor measured up to 10mm at its thickest.

A pilot T1 vehicle was trialed from 1927 to 1928 and the results proved promising enough that the Army contracted with James Cunningham, Son & Company of Rochester, New York to construct a batch of six more tanks in two forms: at least four of these became the "T1E1 Light Tank" standard and two were built to a cargo carrier design. The T1E1 differed from the original T1 in that its hull was shortened and its fuel tanks relocated. Dimensions of the T1E1 included a length of 12.7 feet, a width of 5.9 feet and a height of 7.1 feet. Weight reached 7.8 tons. A Cunningham gasoline engine of 110 horsepower was used for driving the track-and-wheel arrangement and the vehicle could hit speeds of 17 miles per hour on prepared roads.
The batch of four were tested thoroughly in 1928 and found to be quite reliable. This allowed the T1E1 to be standardized under the "Light Tank, M1" designation but the type was not serially produced as expected (some argued the rear placement of the engine and there were concerns of dangerous fumes entering the fighting compartment). The "T1E2" then followed in 1929 and this offering added armor (nearly 16mm thick) but the change came at the expense of weight so an uprated (132 horsepower) engine was fitted. Still, speeds barely reached 16mph.

The "T1E3" became the next offshoot of the T1 line and this was a modification of the earlier T1E1 seen in 1930. It brought along a high-velocity cannon and heavier armor of the T1E2 but more or less physically embodied the T1E1. Speeds reached over 21mph and an all-new suspension system offered greater ride comfort.

In 1932 arrived the "T1E4" and this, again, was based on the earlier T1E1 offering. The engine compartment was now relocated to the rear of the hull and the turret emplaced over midships. An all-new suspension system promised a better ride and the Model 1924 37mm gun (fed by 5-round magazines) replaced the original armament. While the T1E1's engine was first used in testing of the T1E4, an uprated Cunningham 140hp unit ultimately replaced it in time and speeds nearing 20mph were achieved.

The" T1E5" was given a new control scheme with braking system and carried the Cunningham 140hp engine which proved some qualities sound. This was followed by the "T1E6" in 1932 which was based in the T1E4 prototype. The engine was an American-LaFrance and Foamite Corp. V12 gasoline unit of 244 horsepower but the vehicle's weight increased beyond 9 tons. However, the output power and combined power-to-weight ratio of the new tank provided the necessary drive to keep the vehicle's speed in the 20mph range.

The T1 Light Tank, and all of its sisters, became limited-service endeavors on the part of the United States Army and were used strictly as test beds for various qualities related to mechanized warfare. Only the T1E1 was constructed beyond a single example but the group served the Army, and American industry for that matter, well in providing the necessary framework when pursuing tank designs of greater complexity. Before the end of World War 2 (1939-1945), the United States would become a global leader in tank design and production but it would have to thank the work completed in the 1930s for its position on the world stage.