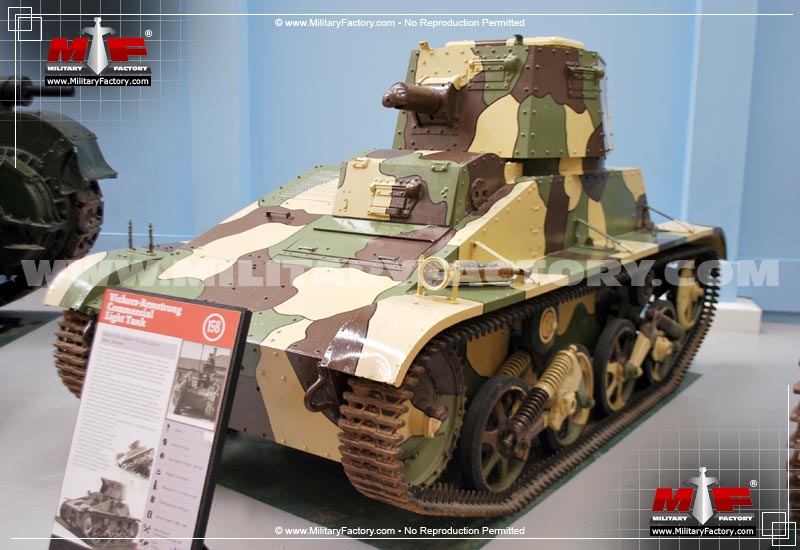 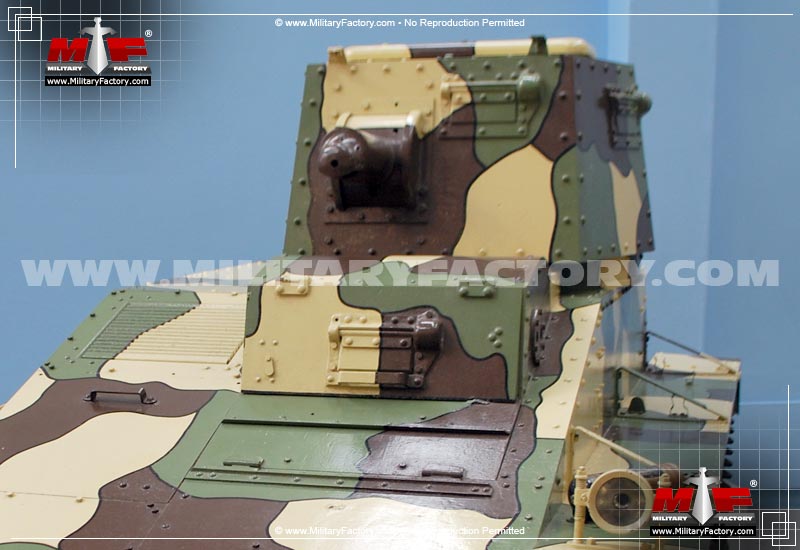 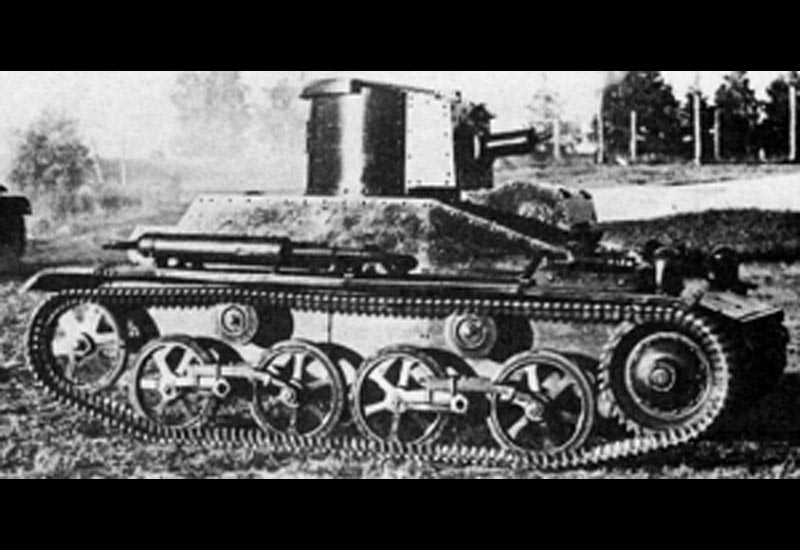 As its name suggests, the Vickers Commercial Light Tank was developed with the export market in mind.

World War 1 (1914-1918) brought to the forefront the need for tanks in any modern army inventory. After the cessation of hostilities, a rebuilding Europe saw many powers clamor to acquire inexpensive, light-class tank systems for their own defense. This opened the door for established tank makers, like those in Britain (Vickers), to hock their wares to a whole new breed of customer. Vickers-Armstrong developed its "Commercial Light Tank" specifically for export sales and the series must of proved quite lucrative for the company during the pre-war period.

The initial production form was the Model 1933 which showcased a riveted hull and turret. The turret could be completed with faceted sides or smooth (cylindrical) depending on customer requirements. A Vickers 7.7mm machine gun was the standard armament fit but the customer could also install local guns of similar size and function as needed. Drive power was from a Meadows ESTB 6-cylinder liquid-cooled gasoline engine of 90 horsepower coupled to a five-speed transmission system. With the leaf spring suspension system, the vehicle held some cross-country value. The tank could hope to make 42 kmh on prepared surfaces. Overall weight was 3.8 tons and the operating crew numbered two - driver and commander/gunner. Armor protection reached 9mm in thickness.

The following year, the Model 1934 was introduced and this was differentiated by its revised suspension system (helical springs). The turret, weapons and radio gear could, again, be completed to customer requirements.

The T.15 marked a Model 1934 offshoot developed for the Belgian Army. The turret was conical in this form. The tanks were placed in Cavalry Divisions and regiments fielded as many as six of the vehicles. Some were captured in the German march to Brussels during the opening phases of World War 2 (1939-1945) and requisitioned as local security vehicles - a common German Army practice of the war.

About 130 of the light tanks were produced in all from 1933 until 1940. These operated from 1933 until the end of the war in 1945 and under various flags - Argentina, Belgium, China, Finland, Latvia, Lithuania, Soviet Union and Switzerland being named owners. When the Soviet Union annexed the Baltic states, it took on the existing stock of Latvian and Lithuanian Commercial Light Tanks and these were pressed into combat service against the Axis powers for as long as they remained viable battlefield implements. Argentina, China, Finland and Switzerland procured very small sample stocks of the tank.

The Dutch operated the largest collection of these tanks in the Dutch East Indies. The first examples were taken on during November of 1937 but the remaining numbers were taken back by the British after the heavy losses at Dunkirk (May-June 1940). These were relegated to tanker training (at Bovington) for the duration of the war as their actual battlefield value was quite limited.

The Dutch order tanks did see combat against the Japanese in the East Indies (Borneo) until March 1942. Captured systems were used by the Japanese from then on.