The Stryker wheeled vehicle forms the basis for an entire line of mission-specific armored combat elements for the American military.

Authored By: Staff Writer | Last Edited: 03/21/2021 | Content ©www.MilitaryFactory.com | The following text is exclusive to this site. 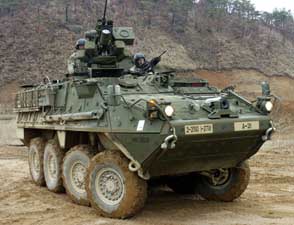 The M1126 Stryker is another 8x8 wheeled armored machine in the long line of Stryker vehicles. The primary operational role of the M1126 is as an armed armored personnel carrier that is able to ferry infantrymen and supplies to the front while providing a respectable level of firepower during the disembarking process. The weapons of the M1126 can be made specific to suit the role of the operator and a particular mission. The Stryker essentially shares the same basic chassis as the LAV family of "Generation III" wheeled vehicles.

Design of the Stryker is characterized its eight large road wheels, fitted four to a side. The on-the-fly adjustable suspension system allows for 8x8 wheeled (full-time 4x4, selective 8x8) operation allowing the Stryker to operate effectively on both paved or unpaved road as needed. Armored surfaces are sharply angled at the front for increased protection to the crew and important internal systems alike while slab armor greets the side views. The Stryker features a broad glacis plate consistent with the Stryker family line of 8-wheeled vehicles. Seating is for two primary operators (driver and gunner) along with a litter of 9 combat-ready infantrymen and their applicable equipment. Infantry exit the vehicle through a large ramp at the rear of the hull. Multiple hatches atop the hull allow for crewmembers to achieve a stance position from within the Stryker body, though at the risk of exposing themselves to enemy fire. Hatch positions are located for the Squad Leader and VC along with two rear-guard positions as well as a power access hatch on the left hull side just rear of the drivers position and an additional escape hatch for passengers rear of that. The driver is afforded a dedicated hatch complete with vision blocks at the front left of the vehicle. The surface area of the Stryker upper hull is suitable for carrying various battlefield odds and ends.

A digital system onboard the Stryker allow for a fully-interactive battlefield map to be used in marking targets of note and their respective positions. This information can be utilized by other battlefield vehicles and commanders for more cohesive planning between units. Performance for the Stryker IVC comes from a single diesel powerplant developing 350 horsepower of output. The power to weight ratio is 15.8 kW/ton. A top speed of 62 miles-per-hour is listed though speeds reaching 70 miles-per-hour are indeed possible. Operational range for the Stryker system is reported at 300 miles.

Armament for the Stryker is made diverse and mission-specific thanks to the universal soft mount cradle atop the hull center. The cradle can accept the Remote Weapon Station that itself can fit a variety of weapons as needed by the operator. The RWS is a product of the Kongsberg Defense & Aerospace company of Norway and is represented on the Stryker by its US Army designation of PROTECTOR M151. The mounting can fit an M2 air-cooled, heavy caliber machine gun or the MK 19 series 40mm automatic grenade launcher. The turret system can also be fitted to fire up to 16 x M6-type smoke grenades. The M151 is a complete remote-controlled firing system meaning its occupants can engage enemy targets without exposing their upper bodies through a hatch to fire the weapon. All firing is handled from within the relative safety of the Stryker itself.

" Stryker" is a US Army designation name for the LAV series and the name itself is derived from the names of two unrelated US Army Medal of Honor recipients (covering World War 2 and the Vietnam War) with the surname of "Stryker". The USMC utilizes the LAV family as the LAV-25, though a "Generation II" system.

The Iraqi National Police is due to receive some 400 M1126 Strykers, becoming the first export customer to do so.

October 2016 - The XM1296 ICV "Dragoon" was unveiled. The product, by General Dynamics, is an upgunned form of the base Stryker vehicle featuring a turreted 30mm autocannon for increased firepower. This effort is to bring the Stryker design more in line with Russian offerings which, historically, have always been very well-armed for infantry support and anti-armor operations. The U.S. Army received its first prototype Dragoon for evaluation on October 27th, 2016.

(Not all weapon types may be represented in the showcase above)
Dependent upon armament configuration. 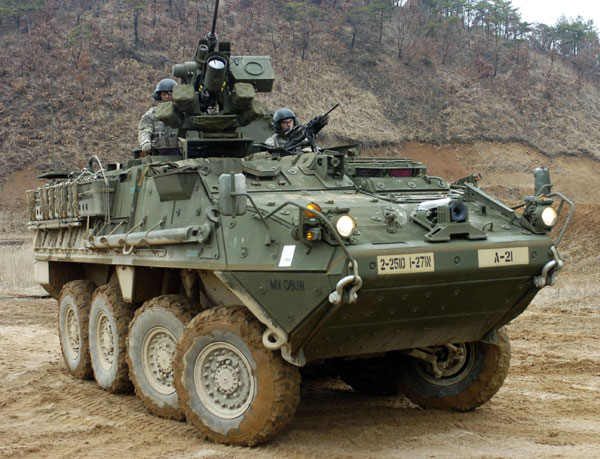 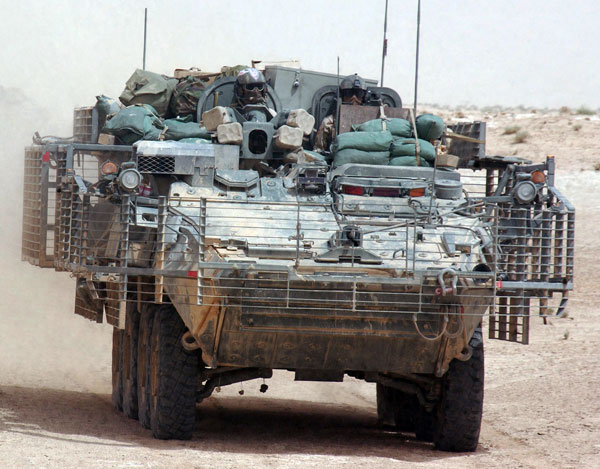 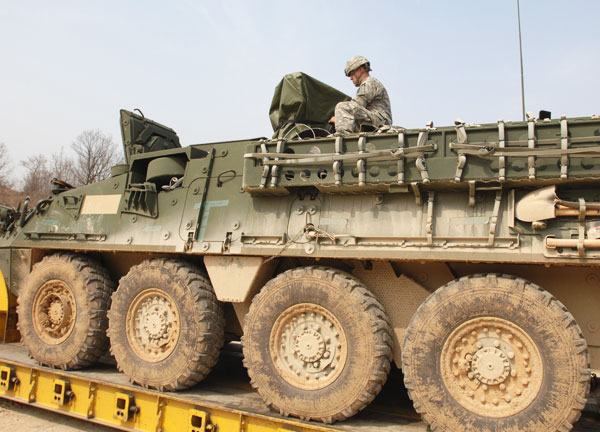 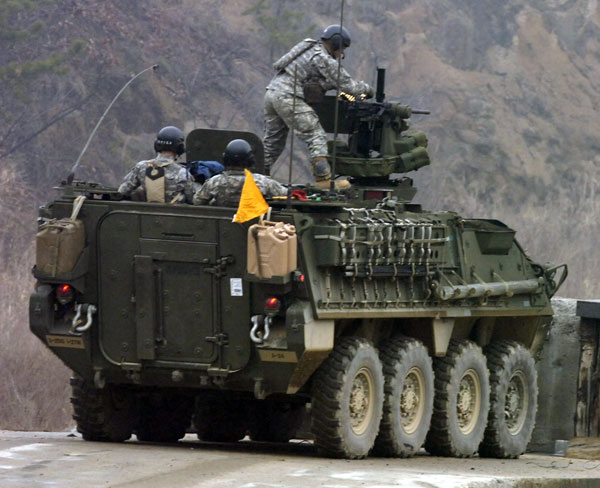 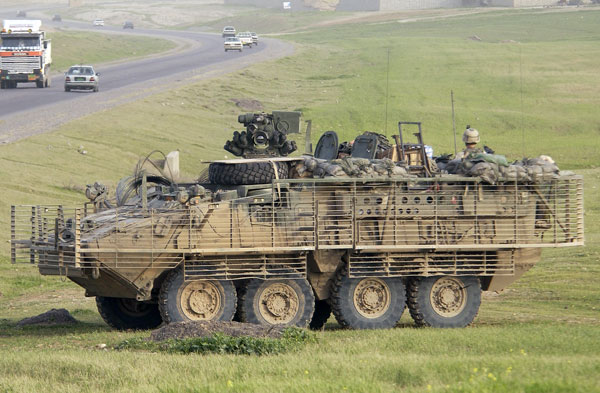