The Rumpler 6B line was nothing more than modified versions of existing Rumpler two-seat fighting scouts. 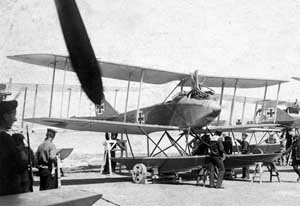 The Rumpler concern has become a largely forgotten aviation manufacturer when pitted alongside the likes of Albatros and Fokker concerning World War 1 aircraft. Rumpler Flugzeugwerke was founded in Berlin, Germany in 1909 by Austrian-born engineer Edmund Rumpler (Austria then part of the Austro-Hungarian Empire). Edmund Rumpler was turned on to the prospect of manned flight by the Wright Brothers themselves and established Germany's first aviation firm under his own surname. The concern began operations by producing the "Etrich Taube" of 1910, a twin-seat multi-role monoplane with fixed bird-like wings, static wheeled undercarriage and a swallow-type tail unit. The aircraft was powered by a single Mercedes Typ E4F water-cooled engine of 86 horsepower.

With this experience in hand, Rumpler then moved to design and market his own creations centered around a biplane configuration intended for the military market - one such product becoming his two-seat "Rumpler C.I" scout of 1915. The arrival of open war in Europe (World War 1) in the summer of 1914 meant that there would be plenty of lucrative defense contracts to be had in the coming months and, as such, Rumpler devised the single-seat, biplane winged floatplane - the "Rumpler 6B" - to a German Navy requirement for such an aircraft using the aforementioned Rumpler C.I as the basis. For all intents and purposes, the 6B was essentially the C.I without its wheeled undercarriage, second observer's cockpit and parallel struts (and therefore parallel wings).

As a floatplane aircraft, the 6B would be charged with long-range aerial reconnaissance of enemy positions as well as taking on other naval roles such as mine hunting/sweeping. The aircraft would exhibit an endurance of four hours and be powered by a single Mercedes D.III series 6-cylinder water-cooled inline piston engine of 160 horsepower output. The design was conventional for the era featuring a well-tapered fuselage, staggered wing arrangement with parallel struts and applicable cabling, a fixed undercarriage managing the floatplanes and a rounded vertical tail fin. The pilot sat directly aft of the engine which was fitted in a forward compartment lined with metal. The remainder of the construction was wood and canvas. The floatplanes took the place of a wheeled undercarriage and allowed for water landings across relatively calm surfaces. Overall length of the airframe was 30 feet, 10 inches with a wingspan measuring 39 feet, 6 inches. Maximum take-off weight was listed at 2,500lbs. With its Mercedes engine selection, the 6B was rated for a top speed of 95 miles per hour and a service ceiling of 16,400 feet. Armament was limited to a single 7.92mm LMG 08/15 series machine gun offset to the left of the engine mounting though this weapon was configured with an "interrupter" gear which allowed for firing through the spinning propeller blades. The pilot sat in an open-air cockpit behind a small windscreen with views only limited by the aircraft structure itself. Without a second crewman, the pilot doubled as his own observer which increased the workload and decreased efficiency to an extent.

First flight of a 6B prototype occurred in 1916 and production was quickly ordered under the "6B-1" designation with introduction beginning that same year. Some 39 of a first batch were delivered to the Imperial German Navy and these were operated from seaplane bases to help counter Allied advances along two fronts - in the East against Russia and in the West against Britain, France, Italy, Belgium and others. The first batch was nearly in complete circulation by May of 1917 to which a second revised design was under development by this time - the "6B-2". The 6B-2 was based on another existing Rumpler design, the C.IV two-seat scout of 1917. The 6B-2 was itself adopted for service in the fall of 1917 (October) and was a slightly different beast despite retention of the Mercedes D.III powerplant. The desperate German Navy placed an order for 49 additional Rumpler aircraft centering around this new floatplane design. Deliveries commenced in the fall of 1917 and into early 1918 to which total production eventually maxed at 88 examples between the two batches. The Bulgarian Navy received a pair of 6B-1 units in June of 1918 and retained these after the Armistice of November, ultimately seeing to their destruction in 1920 under the agreed-upon post-war peace terms.

Beyond Germany and Bulgaria, Finland and Netherlands both operated the 6B series in limited form but the story for the 6B line was all but written at this point. Despite the successes incurred of a war time economy, Rumpler's aviation company did not evolve effectively along with the depressed post-war world and it subsequently went out of business in 1920. Only one 6B floatplane aircraft has survived the test of time, currently located in the backroom of the Hallinportti Aviation Museum in Finland.
Advertisements

(Showcased performance specifications pertain to the base Rumpler 6B production variant. Compare this aircraft entry against any other in our database or View aircraft by powerplant type)
1 x 7.92mm LMG 08/15 fixed, forward-firing machine gun synchronized to fire through the spinning propeller. 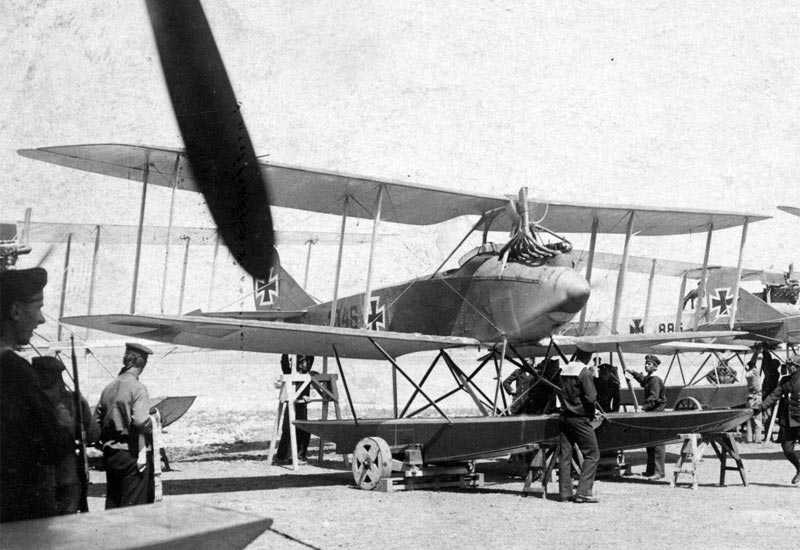