The BAe Taranis is an indigenous UK attempt at a reusable and capable UCAV system - the results of the program expected to further an Anglo-French UCAV.

Authored By: Staff Writer | Last Edited: 08/26/2020 | Content ©www.MilitaryFactory.com | The following text is exclusive to this site. 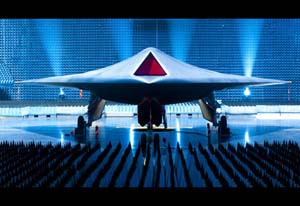 The UCAV (Unmanned Combat Air Vehicle) is the evolution of the UAV (Unmanned Aerial Vehicle). The UAV began life as a reconnaissance-minded product and it was within the last decade or so that acceptable results were achieved in the munitions delivery field regarding these aircraft. As such, technology has given rise to larger, heavier and longer-distance UAVs with the capability to effectively deliver guided ordnance on-call to which this class of UAV has now made up the "UCAV" category. The UCAV, therefore, is the effective "bridging of the gap" between the original unmanned UAVs of yesterday and the full-sized unmanned jet-powered multirole aircraft of tomorrow. The BAE Taranis is a UK development which intends to test the feasibility of a completely autonomous unmanned air vehicle that will be capable of precision guided munitions delivery with inherently long operational ranges. The Taranis is, therefore, strictly a technology demonstrator in the grand scope of UCAV design and not so much a military end-product. The project also aims to provide the UK with an indigenous UAV/UCAV solution apart from having to rely on European or American developments.

As a completely autonomous UCAV, the Taranis will not only be limited to pre-programmed waypoint following, take-off and landing procedures but it will also have the capability to make its own informed "decisions" inflight (with assumed ground control operator override). In this fashion, the Taranis will become a very flexible tactical system capable of responding to various threats and changing mission parameters all on its own. The scope of the project surely is akin to the dreams of science fiction in decades prior where it was seen that aircraft would one day maintain logic all their own, apart from their human creators. While a very optimistic project end-goal, it is wholly possible with today's ever-evolving technology concerning UAVs/UCAVs.

The BAE Taranis receives its nickname from Taranis, the Celtic God of Thunder and is roughly equivalent in size to the BAE Hawk advanced jet trainer/light strike aircraft. The UCAV will incorporate low-observable stealth characteristics in a well-shaped triangular planform featuring a single embedded turbofan engine aspirated by a triangular intake mounted above the nose of the aircraft. The aircraft will take on a largely basic all-wing design (sans vertical rudders) that is well-contoured and aerodynamically efficient. Munitions will be delivered through an internal weapons bay arrangement fitted underneath the aircraft structure. The Taranis will sport a fully-retractable wheeled tricycle undercarriage as well as several stealth-minded features to help it evade enemy radar (special skin coating, minimal structural protrusions, a specially designed engine exhaust, slim forward, sides and rear profile, etc.). The project - with BAe Systems as the prime contractor - combines the talents of BAe, Rolls-Royce, GE Aviation and QinetiQ with MoD engineers to advanced the Taranis program to its fullest. Funding is secured partly through the MoD while the entire project will be managed by the Strategic Unmanned Air Vehicles (Experiment) Integrated Project Team (SUAV(E) IPT).

Production of the initial Taranis prototype began in 2007 with the prototype first being showcased at Warton Aerodrome in Lancashire in July of 2010. Ground testing of the unit then began in 2010 with first flight expected sometime in late 2012 or early 2013. As the system is designed to date, it sports a wingspan of 30 feet with a running length of 37 feet and ground height of 13 feet. The unit weighs in at 18,000lbs and its Rolls-Royce turbofan engine (possibly the Rolls-Royce Adour Mk.951) has netted an output of 6,480lbs of thrust. This will allow the Taranis the capability of supersonic flight.

February 2014 - The first in-flight footage of the Taranis UAV was unveiled to the public. Flight tests were secretly conducted over the Woomera test range in Southern Australia proving controls viable and the ultra-aerodynamic design sound. The flight was said to have taken place in August of 2013.
Advertisements

General Assessment
Firepower
Performance
Survivability
Versatility
Impact
Values are derrived from a variety of categories related to the design, overall function, and historical influence of this aircraft in aviation history.
Overall Rating
The overall rating takes into account over 60 individual factors related to this aircraft entry.
24
Rating is out of a possible 100 points.
Aviation Era Span 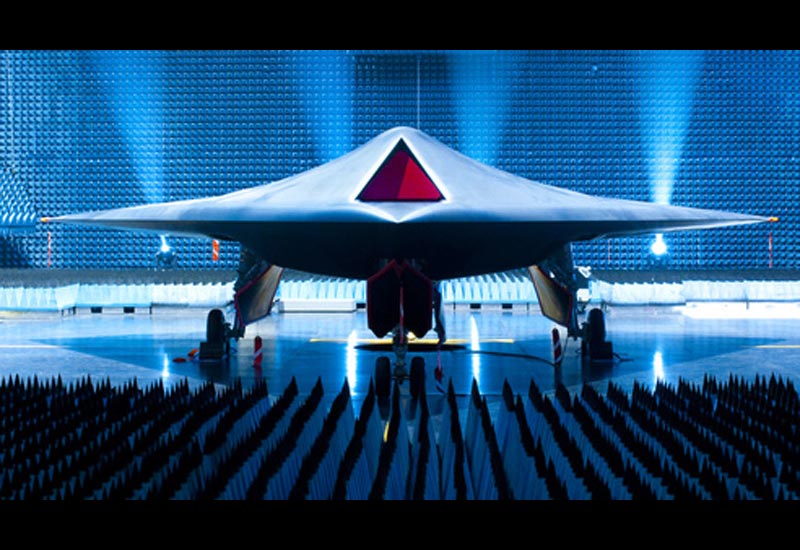 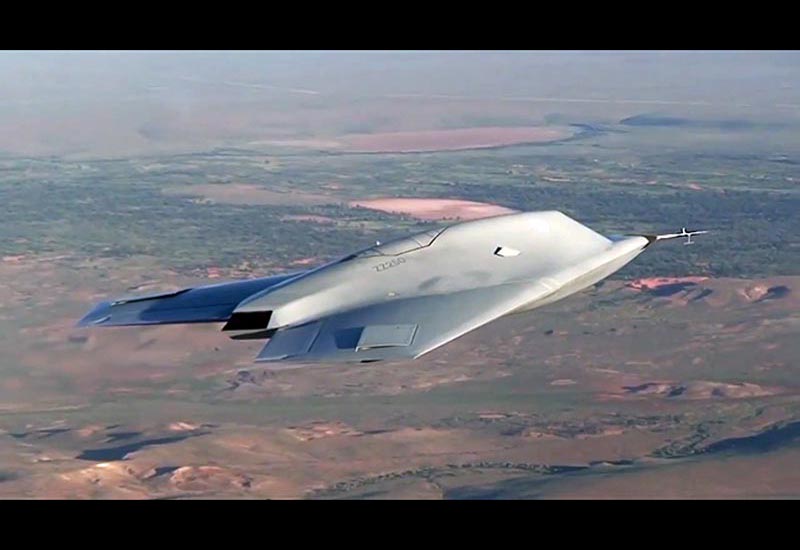