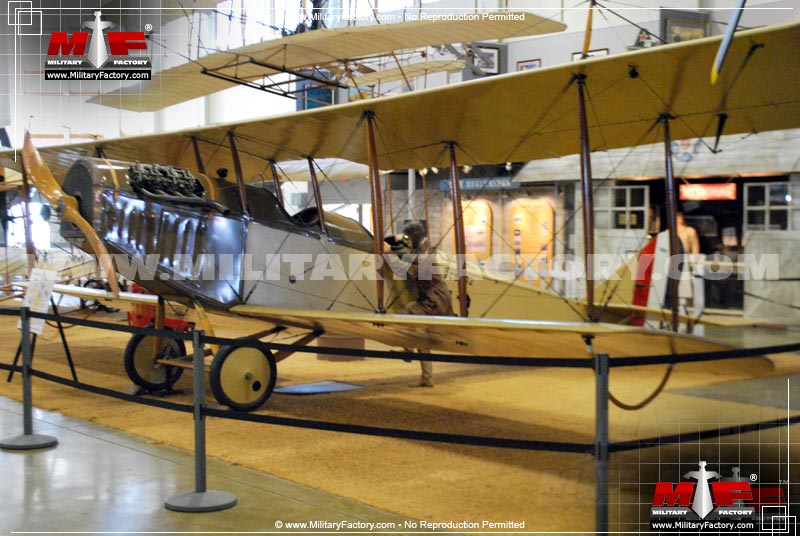 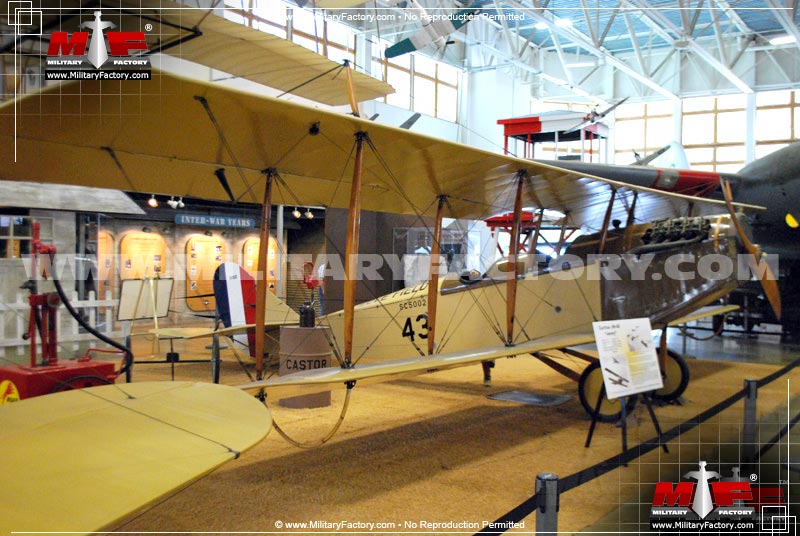 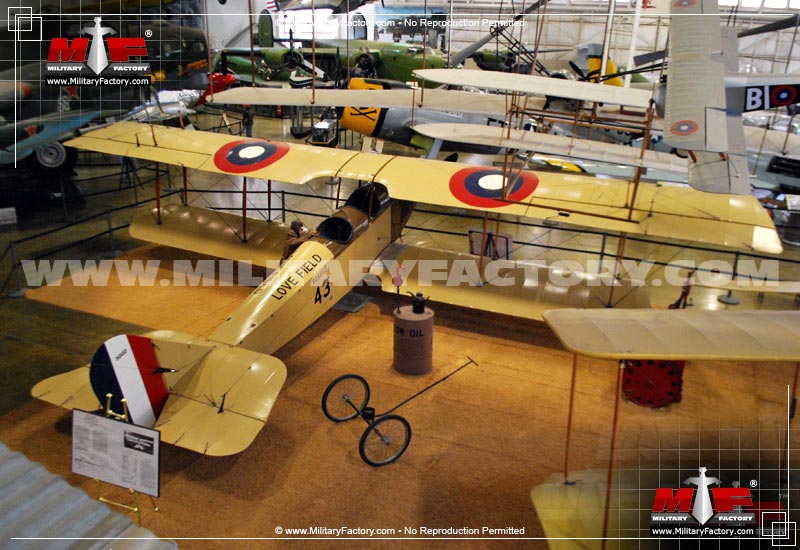 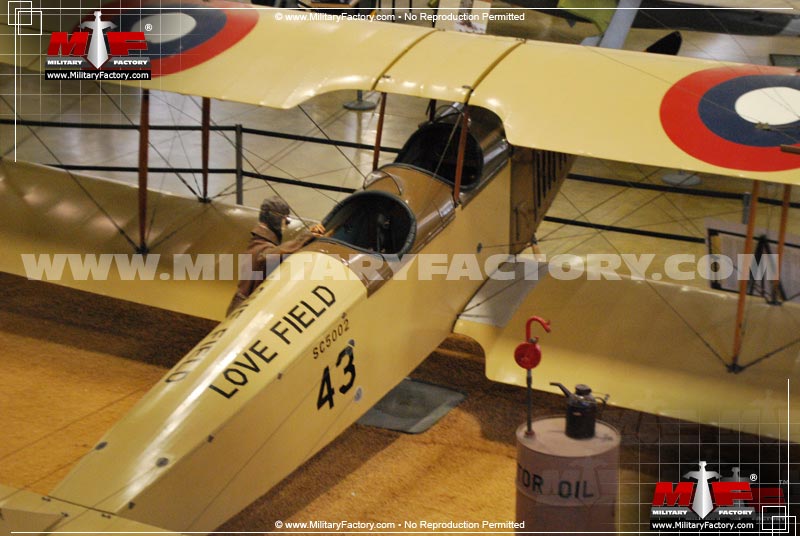 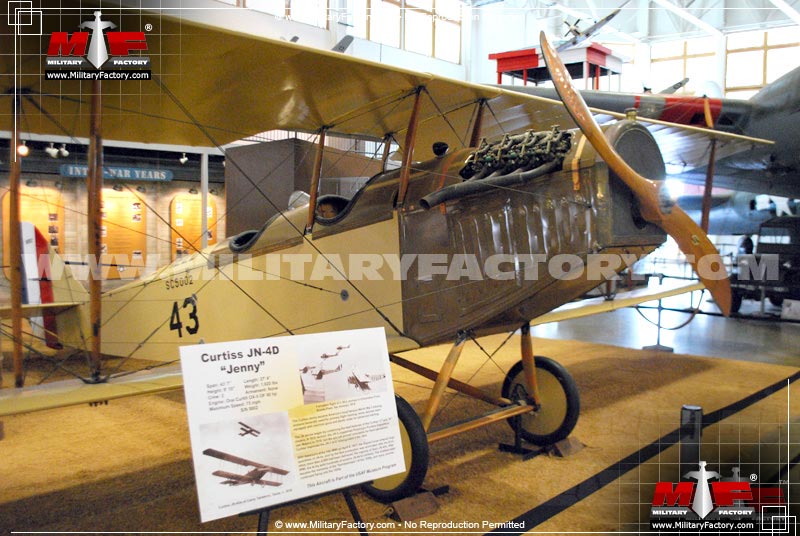 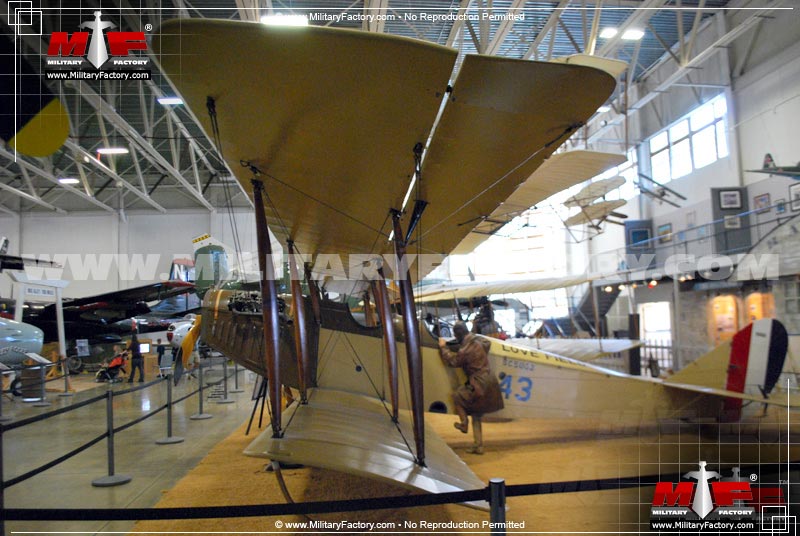 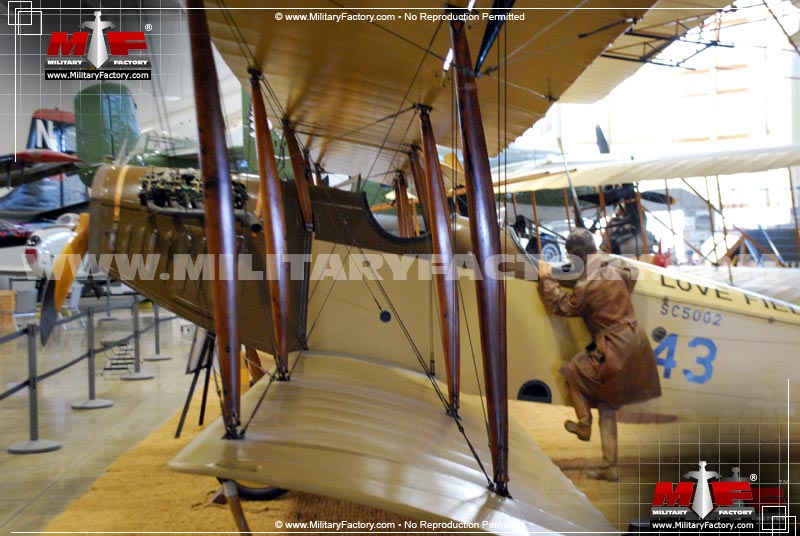 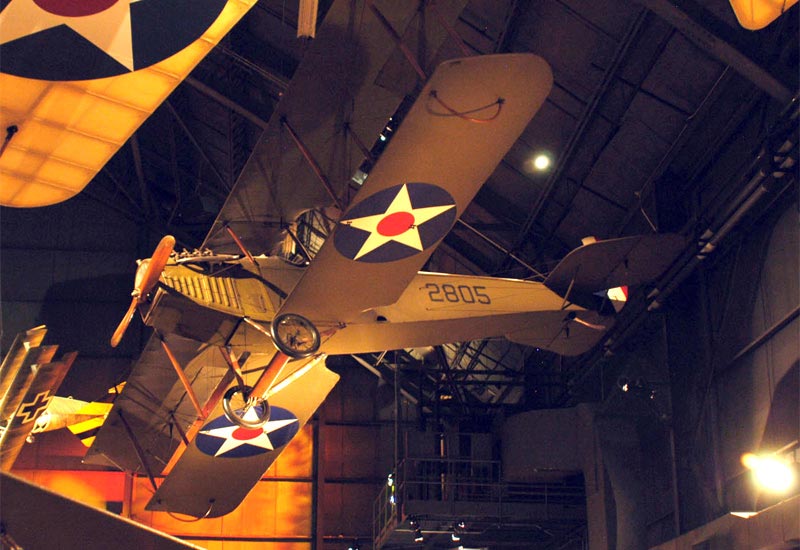 The much-loved Curtiss JN-4 "Jenny" two-seat trainer aircraft was utilized in a myriad of ways throughout her operational career. The JN-4 proved just as critical a "weapon" in World War 1 as it did an advertising platform for civil aviation in the decade to follow. The "Jenny" gave many-an-airmen in America, Canada and Britain their first taste of powered flight while also training pilots in the details of aerial gunnery, bombardment, observation and basic aircraft handling. The aircraft proved highly suitable in stunt flying and helped give rise to the classic "barnstorming" age of the 1920s, proving popular across many air shows during the decade. A 1915 version, the JN-3, was used by the US Army in their war against Pancho Villa during the Mexican Revolution (1910-1920). Over 6,800 Jennys were produced and many of these were of the definitive JN-4D production model. Design of the aircraft was attributed to Benjamin D. Thomas.

The nickname of "Jenny" was formed from the "JN" used in the aircraft designation.

The JN-4 was born of a 1914 US Army requirement calling for a dedicated two-seat trainer aircraft platform to be powered by a single engine installation in a "puller" arrangement. The actual Curtiss JN-4 model owed much of its existence to the original Curtiss "Model J" and "Model N" airplane developments appearing prior; the Model J being a conventional biplane aircraft fitted with the Curtiss O series inline engine of 90 horsepower while the Model N series being completed with the Curtiss OXX inline engine of 100 horsepower. It was these two aircraft that would come to form the basis for the JN-1 mark to follow and this was, itself, followed by the limited-run JN-2 biplane form. The US Army Signal Corps purchased several JN-2s though these were eventually deemed unsafe after a fatal accident. The upcoming JN-3 was developed as an interim design and this sported unequal-span biplane wings with refined controls for the wing surfaces, quickly becoming the new JN standard for the preceding JN-2s. The design was furthered to become the definitive "JN-4" and it was this mark that would go on to make history for American military aviation. Its success was such that a modified, local-license production version in Canada - the JN-4 (Can) - was soon realized.

Design of the JN-4 was traditional for the time, characterized by its use of a staggered biplane wing arrangement of unequal span and parallel struts with a double-bay configuration. The engine was situated at the forward-most portion of the slim fuselage with twin inline cockpits (the front for the student and the rear for the instructor) fitted aft of the engine compartment and forward of amidships. When viewed in the side profile, the fuselage was something of a pleasing teardrop shape, running under the engine compartment to the base of the empennage tapering rearwards. The tail unit consisted of a rounded vertical tail fin and applicable horizontal tailplanes. Each pilot sat in an open-air cockpit protected by nothing more than a windscreen at the front. Visibility was therefore quite good from the sides and to the rear though the front was dominated by the engine placement and both positions suffered from the large biplane wing structure. The undercarriage consisted of a two-wheeled, reinforced arrangement of struts and cabling as well as a wooden tail skid under the tail unit. As the JN-4 was a dedicated trainer aircraft, she was not typically fitted with armament of any kind.
Advertisements

The JN-4 (JN-4D) was powered by a single Curtiss OX-5 series 8-cylinder Vee-type inline piston engine developing 90 horsepower. This supplied the mount with a top speed of 75 miles per hour and a service ceiling of 6,500. Endurance measured in at 2 hours and 15 minutes of flight time while dimensions included a wingspan of 43 feet, 8 inches and a length of 9 feet, 10 inches.

The JN-4 was responsible for the training of nearly every 9 in 10 American airmen during its tenure, such was its importance and lasting legacy. The JN-4 offered up many-a-pilot's first taste of flight and thusly this proved no more important than during World War 1 after America's entry in 1917. In addition to its use in training American airmen, the JN-4 served the Canadians and British equally well. More advanced training included use of machine gun and bomb armament but this variant was few in number compared to the non-armed Jennys being built. Some served as air ambulances which broadened the tactical value of the JN-4 considerably. All told, the Jenny was the most important American biplane of World War 1 despite the fighter types available, these being largely foreign in their origination.

The JN-4 was produced in a few notable variants beginning with the basic "JN-4" which were followed by the 781 "JN-4A" examples manufactured with an increase-area tailplane. The "JN-4B" brought also utilized a larger tailplane and was powered by the Curtiss OX-2 series engine; 85 of this type were produced for both the United States Army and Navy. The "JN-4C" was produced in two experimental model forms and never saw serial production. The "JN-4 (Canadian)" was produced in 1,260 examples under license by Canadian Aeroplanes Ltd for the RFC. It was largely based on the preceding JN-3 model with a lightened structure, revised lower wing assembly as well as other Canadian-inspired refinements. The "JN-4D" was an improved Jenny with the control stick feature of the Canadian JN-4 types while being closely associated with the earlier JN-4A mark. Some 2,765 examples of this mark were produced. One JN-4D-2 prototype was completed with a revised engine mounting. The "JN-4H" was an advanced trainer version which was powered by a Wright inline engine of 150 horsepower to which 929 examples were delivered. Several sub-marks of this primary mark then appeared as the "JN-4HT" (general trainer), "JN-4HB" (bomber trainer), "JN-4HG" (gunnery trainer) and "JN-4HM" (communications platform). The "JN-5H" was a single-example mark that led to the JN-6. The "JN-6" was an improved JN-5 of which 1,035 were produced for both the US Army and Navy. The "JN-6H" marked an improved JN-6 form while the mark was also branched into dedicated trainers from bombing (JN-6BH), general training (JN-6HG-1), gunnery training (JN-6HG-2),observer training (JN-6HO) and fighting training (JN-6HP). Over time, the "JNS" designation came to be used for several hundred war-time Jennys being brought up to 1920s standards. By this time, engine output power was nearly two times that of the original, resulting in improved performance capabilities and reliability.

Easy to fly and available in the thousands, the JN-4 survived her war time experiences to see extended use in private hands. Scores were sold to private operators who saw to it that the type would stand the test of time. Its use went beyond that of the well-known war-time participants for the aircraft was also purchased by Argentina and Cuba. She also served as America's first mailplane to which a commemorative USPS stamp was issued resulting the famously misprinted (and highly rare and popular) "Inverted Jenny".

The competing "Standard J" biplane trainer attempted to steal the reigns of the JN-4 series as America's primary trainer and stunt plane. While being produced in over 1,600 examples herself, the aircraft never did quite reach the levels of success that the JN-4 did during her service life. The Standard J saw production from 1916 to 1918.

Argentina; Australia; Canada; Cuba; United Kingdom; United States
(OPERATORS list includes past, present, and future operators when applicable)
✓ Training (General)
Developed ability to be used as a dedicated trainer for student pilots (typically under the supervision of an instructor).

(Showcased performance specifications pertain to the base Curtiss JN-4 (Jenny) production variant. Compare this aircraft entry against any other in our database. View aircraft by powerplant type)
Generally none though some were used for gunnery and bombing training by way of machine gun mounts and practice bombs.