Authored By: Staff Writer | Last Edited: 01/29/2019 | Content ©www.MilitaryFactory.com | The following text is exclusive to this site. 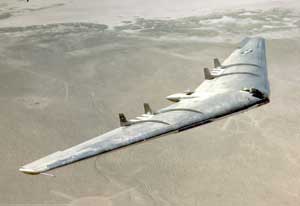 The YB-49 strategic bomber prototype came about as an extension of the ultimately-cancelled XB-35/YB-35 project. The major difference between the two lines was the YB-49's switch to an all-turbojet-powered arrangement (the B-35 series relied on radial piston engines in a "pusher" configuration). Like the XB-35/YB-35 before it, the YB-49 also eventually suffered cancellation. Just two were completed with seven more remaining in various stages of conversion from the YB-35 standard at the end.

The pre-production quality YB-35 served as the basis for two YB-49 prototypes and was part of the shift of the USAAF to jet-powered forms late in World War 2 (1939-1945). The installation of eight Allison J35 turbojets (4,000lb thrust each) provided an instant increase in performance - particularly in maximum speed and altitude while reducing the operating ranges by as much as 50% when compared to the piston-powered form. The general arrowhead design was retained and the nine-person crew was now reduced to seven.

The prototype YB-49 made its maiden flight on October 21st, 1947 and showcased a promising future in testing. All gains were lost when the second airframe crashed, killing all of its crew, on June 5th, 1948 - the wing mainplanes had become detached from the fuselage section during flight, making recovery impossible. In February of 1949, a YB-49 completed a flight from Muroc AFB to Andrews AFB covering four hours and twenty-five minutes. On its return trip, half of the engines suffered issues and were shutdown.

With the termination of the YB-35 project in 1949, the YB-49 continued on. However, another crash in March of 1950 only added to the project's woes. A nosewheel collapse being blamed for the resulting accident, fire spreading from the fully-fueled aircraft. By this time YB-35 line was already under conversion to turbojet form. On the whole, the YB-49 performed excellently despite its highly publicized issues.

Like the YB-35, the YB-49 was done in by technological challenges and politics at both the industry and governmental levels. Jack Northrop, founder of the Northrop aviation concern, would not see his dream of the flying wing realized until he received an early look at the in-development B-2 "Spirit" stealth bomber just prior to his death in 1981. The Spirit was officially introduced into service in 1997 and continues to fly today (2015).

(Showcased performance specifications pertain to the base Northrop YB-49 production variant. Compare this aircraft entry against any other in our database or View aircraft by powerplant type)
STANDARD:
4 x 0.50 caliber (12.7mm) Browning M3 heavy machine guns in tail "stinger" unit. 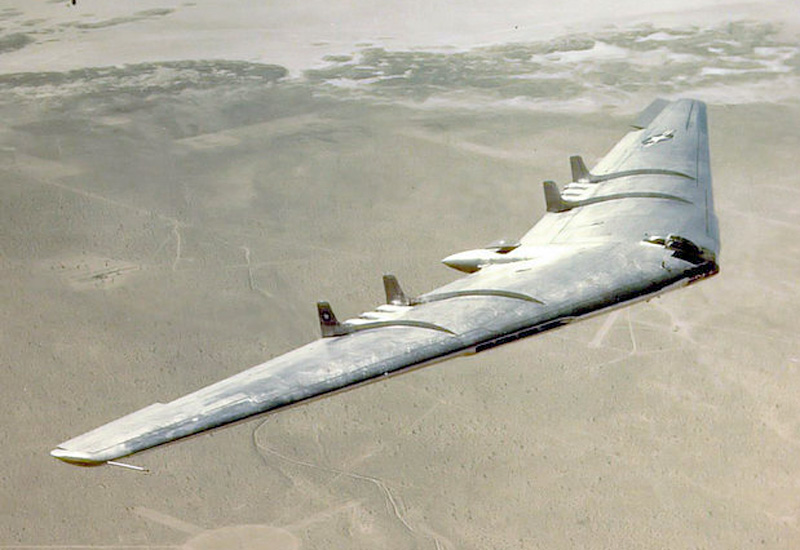