One of the most advanced bombers at the time of its inception, the LeO 45 series was simply not available in the numbers required to defend France.

Authored By: Staff Writer | Last Edited: 03/15/2019 | Content ©www.MilitaryFactory.com | The following text is exclusive to this site. 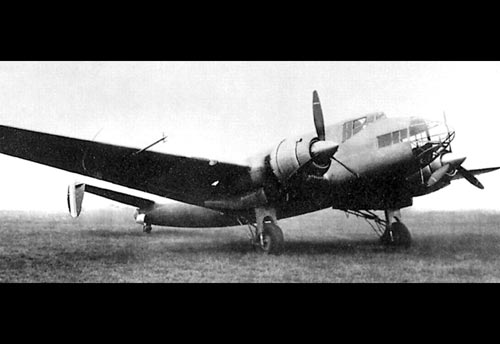 The French Air Force fielded a variety of capable aircraft prior to World War 2 and its ability to defend itself against the might of the German onslaught was hindered by labor strife, outdated doctrine, and unsuitable numbers of capable war-making goods. The Liore-et-Olivier LeO 45 was one of her best bombers when fielded in the defense of France and proved a capable, heady performer who managed some level of success in the early, short-lived campaign prior to the French surrender. It became one of the few French warplanes of the conflict to see service beyond the war years.

In 1934, the rearming French Air Force put forth a new preliminary requirement for an all-modern, medium-class fast-bomber with a crew of five and maximum speed of 250 miles per hour. As a bombing platform, the aircraft would hold an inherent bomb-carrying capability in the 2,650lb range - all internally. The requirement was then revised in 1935 to include just a four-man crew to limit the manpower commitment and maximum speeds were now pushed to the 300 mile per hour range. During November of 1937, the requirements were formally finalized with the internal bomb load increased to 3,300lbs and a service range out to 560 miles. Defensive armament was to include a rear-firing 20mm cannon to surprise would-be pursuers and this new aircraft would outright replace the aged, outgoing stock of French bombers then in frontline service - this against a back drop of mounting tensions with neighboring Germany.

Among the responders to the French Air Force requirement was the storied concern of Liore-et-Olivier ("LeO") founded in 1912 by Fernand Liore and Henri Olivier. The firm held a long-running affair with the French Air Force through adoption of several of its bombers during the interwar years. With this "large aircraft experience", LeO engineers set about creating a most modern bomber design unlike their early 1930s LeO 25 with its biplane wings, open-air cockpit, and fixed undercarriage

The resulting work produced the "LeO 45" product model which incorporated many of the modern qualities of aircraft appearing in the latter half of the 1930s - an enclosed cockpit, retractable undercarriage, and all-metal construction. The whole ordnance load was held internally as required and self-sealing fuel tanks - a feature eventually commonplace to many famous aircraft of World War 2 - were used to improve crew and aircraft survivability. The LeO design impressed French authorities enough that competing designs from Amiot and Latecore were rebuffed. LeO was nationalized and then absorbed into SNCASE during 1937 but the LeO 45 project progressed nonetheless.

The LeO 45 featured an operating crew of four - a pilot, bombardier, machine gunner, and radioman. Defensive armament included a dorsal 20mm Hispano-Suiza HS.404 cannon in a retractable installation with a fixed, forward-firing 7.5mm MAC 1934 machine gun at the front of the fuselage. Another 7.5mm MAC 1934 system was installed at a ventral gondola gun position to protect the vulnerable rear underside of the aircraft. The internal bombload was rated for up to 3,460lbs of ordnance and power was served through 2 x Hispano-Suiza 14AA radial piston engines of 1,120 horsepower.

At the time of its unveiling, the LeO 45 was considered the best medium bomber in the world. It was a well-streamlined French effort with many modern touches: the glazed-over nose section offered good situational awareness for the bombardier while the split-twin vertical tail fin arrangement at rear increased the firing arc for the dorsal gunner. The cockpit was fitted over the nose section in a stepped arrangement for commanding views of the action ahead as well as clear views of each engine mount. Capable of high speed performance and a useable bombload, the LeO 45 was certainly a promising addition to the French air arm of the period. Its only downfall was the same as witnessed by several other pre-war French designs - it simply appeared in too few numbers to make much of a difference.©MilitaryFactory.com
Advertisements

The aircraft emerged in prototype form as the "LeO 45.01" and achieved its first flight on January 16th, 1937. It was clocked at speeds nearing the expected 300 mile per hour requirement during level flight and reached near 400mph speeds in a dive. There proved some stability issues that needed attention and the new engines suffered from their infant status.

The French Air Force put in a contract for 20 of the aircraft in January of 1938 and, aware of the engine problems, called for their replacement by the more reliable Gnome-Rhone 14N 20 series of 1,030 horsepower. The revision then produced the revised designation of "LeO 451.01" (note "451" not "45") and flight testing continued into April of 1938. By September, some five aircraft were delivered though the complete French Air Force order was for 222 and the French Navy followed with the navalized LeO 456 (also "LeO 451M") to number 68 units.

With the growing power and belligerence of neighboring Germany, the promising LeO 45 was rushed in serial production - any modern bomber was better than a fleet of outmoded ones - this done while the design was still being put through its paces. The eventual arrival of the LeO 45 in useful numbers was further delayed by production and material difficulties. Some featured non-standard propellers which reduced their expected speeds by as much as 12mph.

After the Low Countries fell to the Axis advance, the Battle of France saw what stock of LeO 45 bombers existed pressed into service in defense of the country. Total inventory saw fewer than 100 of the bombers available for service and combat attrition soon worsened the effort. German fighter pilots, while initially surprised by the rear-facing 20mm pursuit cannon, soon found the LeO 45's vulnerability lay in attacking her from below. This allowed a certain level of impunity for the aggressors and losses of French warplanes mounted - compounded by accurate German ground-based FlaK fire. France fell in June of 1940 after a little over a month of fighting.

The Germans continued production of the LeO 45 in French territory and added another 150 airframes. It did not take the aircraft into its own ranks as a medium bomber but instead used it as a transport. Some were also had by the Italian Air force as well and Vichy French forces operated the system as a trainer and transport until the end of the war. Some LeO 45s saw additional combat service over North Africa.

In the end, the LeO 45 was one of the few French aircraft of World War 2 to have survived all of the conflict for over sixty of the type were still in flyable condition by May of 1945. Some soldiered on into the 1950s with the last retired in September of 1957. One notable post-war mark became the LeO 455Ph, a fast-reconnaissance model outfitted with 2 x SNECMA 14R engines of 1,600 horsepower output and manufactured in five examples by converting existing LeO 451 marks.

A total of 561 LeO 45 aircraft were built in all.©MilitaryFactory.com
Note: The above text is EXCLUSIVE to the site www.MilitaryFactory.com. It is the product of many hours of research and work made possible with the help of contributors, veterans, insiders, and topic specialists. If you happen upon this text anywhere else on the internet or in print, please let us know at MilitaryFactory AT gmail DOT com so that we may take appropriate action against the offender / offending site and continue to protect this original work.
Advertisements

OPTIONAL:
Up to 3,450lb of internal stores across fuselage bomb bay and wing root bomb bays. 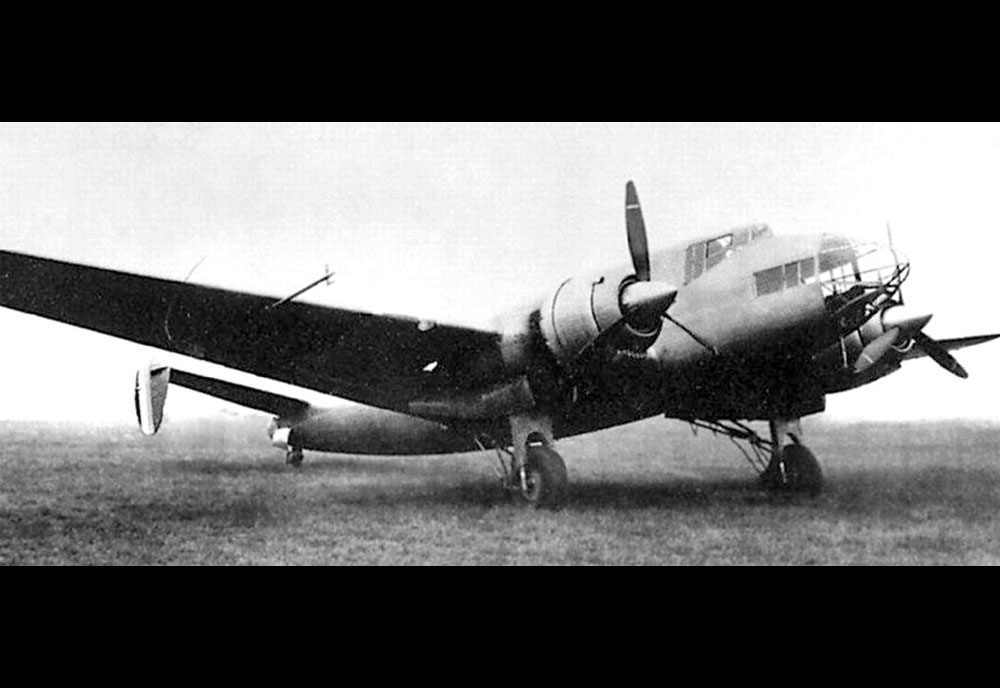