The CONVAIR twin-engine C-131 aircraft was utilized by both the United States Air Force and United States Navy after its arrival in 1950.

Authored By: Staff Writer | Last Edited: 04/22/2016 | Content ©www.MilitaryFactory.com | The following text is exclusive to this site. 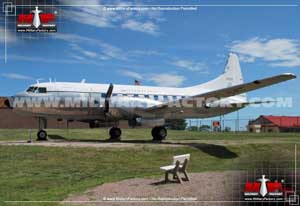 CONVAIR introduced its CV-240 passenger airliner in 1947 with American Airlines and production of this aircraft eventually reached 1,181 units up until 1954. In time, the company was able to sell a modified transport line of this same product to the US military which took them under the designation of C-131 "Samaritan". The new transport was introduced in 1950 and managed a healthy production total of 512 units before being retired in 1990. It went on to serve the United States Air Force (USAF), United States Navy (USN) and United States Coast Guard (USCG) as well as a single example sent to the Paraguayan Air Force. The CV-340 was another related CONVAIR airliner model which influenced some of the later Samaritan variants. These featured a lengthened fuselage, wider wings and improved-power radial engines.

The C-131 was a highly conventional aircraft for the period, featuring a pair of leading edge engine nacelles along slightly-swept, low-mounted main wing appendages. The fuselage was tubular with a forward-set cockpit aft of a short nose assembly. The fuselage then tapered somewhat to form the empennage to which a large-area vertical tail fin was affixed. Low-set horizontal planes completed the tail unit. Windows dotted the sides of the passenger cabin. The aircraft sat atop a wheeled tricycle arrangement, a departure from the "tail dragger" designs of previous years. The main legs, held under the engine nacelles, utilized two wheels as did the nose leg held under the cockpit floor. This configuration gave the Samaritan a pronounced stance and allowed for proper clearance of the large, spinning propeller blades at each engine. A typical crew numbered four with passenger seating able to total some 48 persons. Power was served through 2 x Pratt & Whitney R-2800-99 "Double Wasp" radial pistol engines of 2,500 horsepower each and driving three-bladed propeller assemblies. This provided a maximum speed of 295 miles per hour with a cruising speed closer to 255 miles per hour. Range was listed at 450 miles with a service ceiling of 24,500 feet and rate-of-climb of 1,400 feet per second.

The C-131 was first delivered to the USAF in 1954 and followed the similar T-29 "Flying Classroom" training platforms which had already operated since 1949. Flying Classrooms were used to train navigator crew, bombardiers and radar operators in the finer points of their craft while in an active aerial setting. The C-131, on the other hand, was utilized by the USAF as a MEDEVAC platform capable of hauling patient litters and medical staff. When appropriately modified with seating, it also served as a general passenger hauler. Four C-131s served (temporarily) in the VIP transport role under the designation of VC-131H. Other C-131 airframes were used in evaluation roles/conversion programs to fulfill roles such as fixed-wing gunship testing, photo-reconnaissance, electronics training and the like.

Notable variants of the entire C-131 line including the C-131A, C-131B, C-131D, C-131F, T-29A, T-29C and T-29D. C-131A models were passenger haulers based on the CONVAIR CV-240 with seating for thirty-nine and 26 units built in all. The C-131B followed suit and added elements of the succeeding CV-340 model and with seating for forty-eight across 36 total examples manufactured. The C-131D was a militarized CV-340 with seating for forty-four and 33 were produced. The C-131F was the USN R4Y-1 (C-131A) under a new designation. The T-29A was the initial trainer model with an unpressurized cabin and workstations for fourteen students - some 46 airframes being produced. The T-29C followed the T-29B with its pressurized cabin and powered by 2 x Pratt & Whitney R-2800-29W series radials of 2,500 horsepower. 119 examples were produced of this type. The T-29D served as a bombardier training platform based on the T-29C with workstations for six. 93 were produced.

The USAF and USN both used the C-131 and T-29 variants (original USN C-131s were known as "R4Y"). Ultimately, ex-USN units made their way into the USCG inventory when twenty-two of the type were transferred under the HC-131A designation for Search And Rescue (SAR) duty. These were painted in the usual USCG red and white scheme. In USAF operations, the C-131 was eventually given up for the more modern, jet-powered McDonnell Douglas C-9 "Nightingale" (essentially converted DC-9 airliners).

Despite their age, several C-131s and T29s have been preserved in indoor and outdoor museums across the United States.
Advertisements

Paraguay; United States
(OPERATORS list includes past, present, and future operators when applicable)
✓ Special-Mission: Search & Rescue (SAR)
Ability to locate and extract personnel from areas of potential harm or peril (i.e. downed airmen in the sea). ✓ Transport
General transport functionality to move supplies/cargo or personnel (including wounded and VIP) over range. ✓ VIP Service
Used in the Very-Important-Person (VIP) passenger transport role, typically with above-average amenities and luxuries as standard. ✓ Training (General)
Developed ability to be used as a dedicated trainer for student pilots (typically under the supervision of an instructor).

(Showcased performance specifications pertain to the CONVAIR CV-240 Samaritan production variant. Compare this aircraft entry against any other in our database or View aircraft by powerplant type)
None. 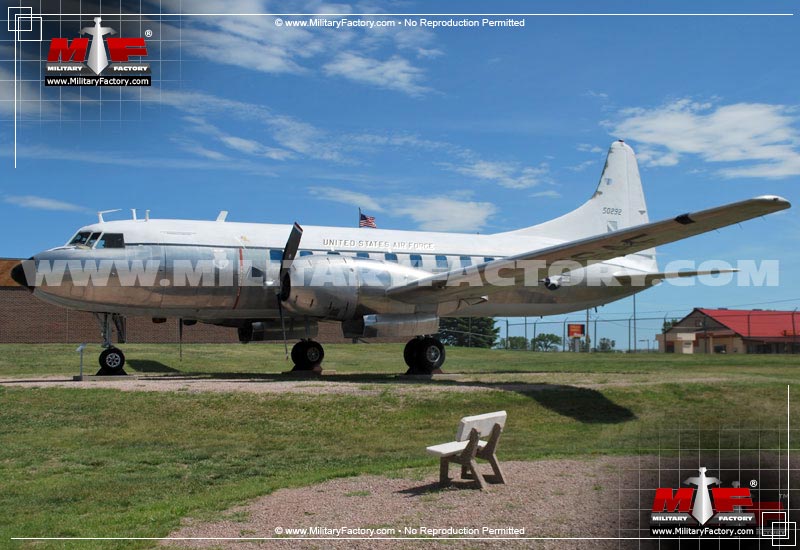 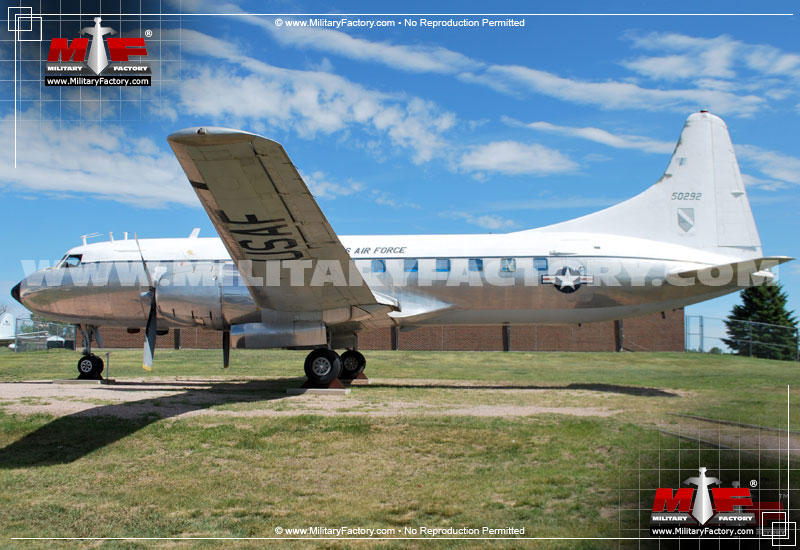 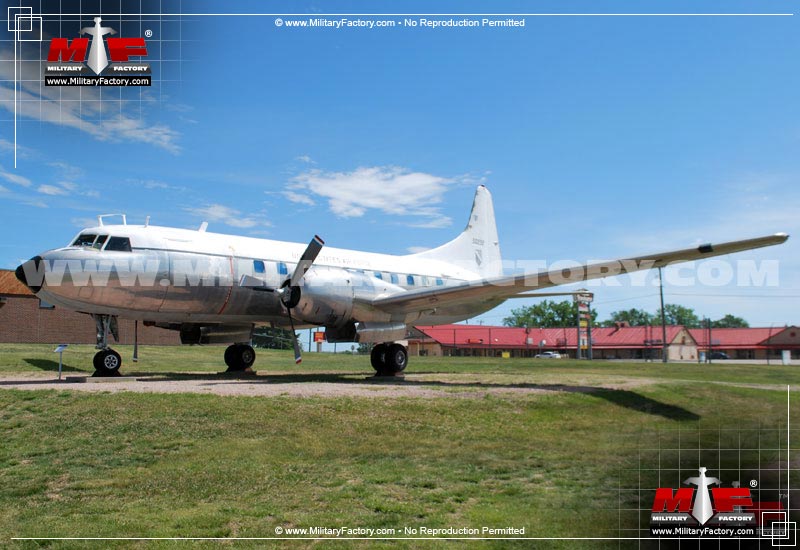 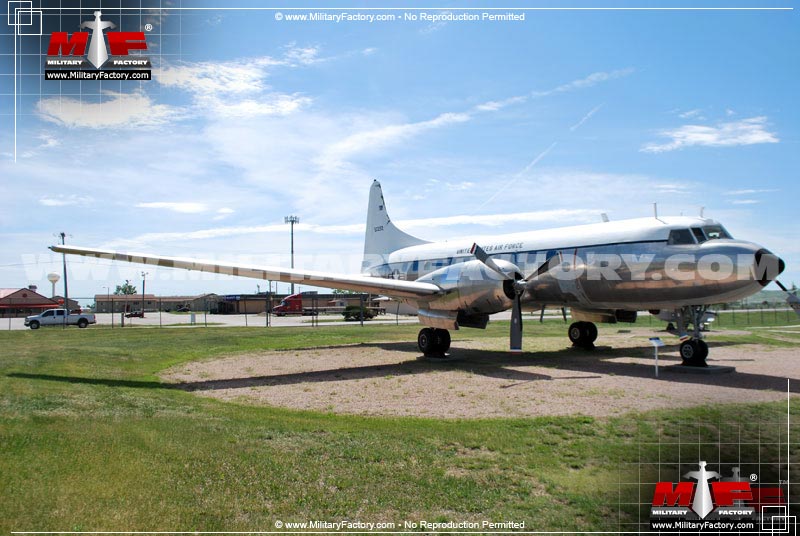 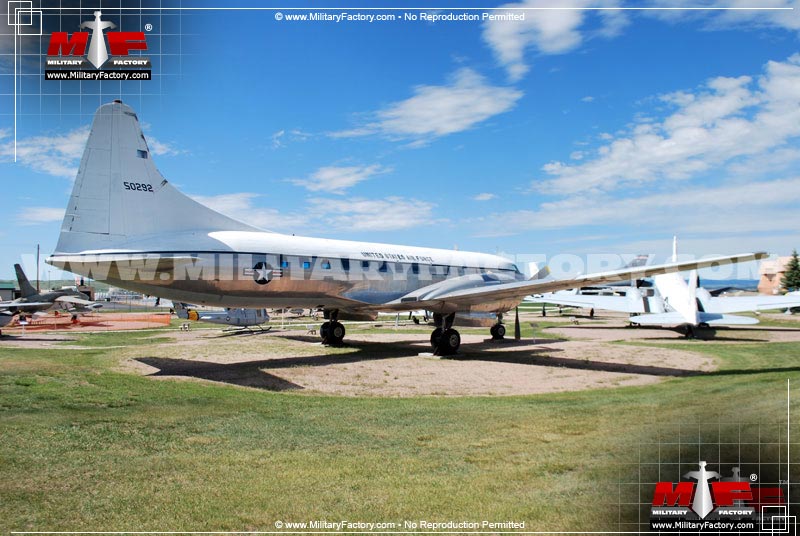 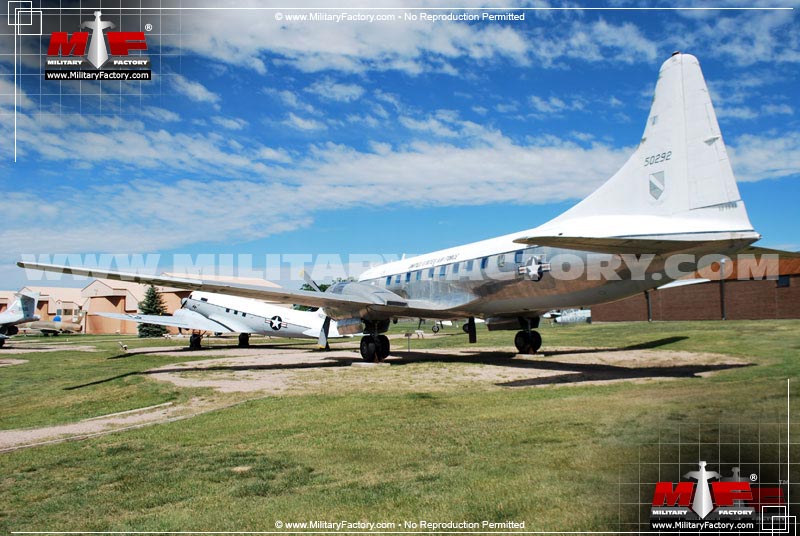 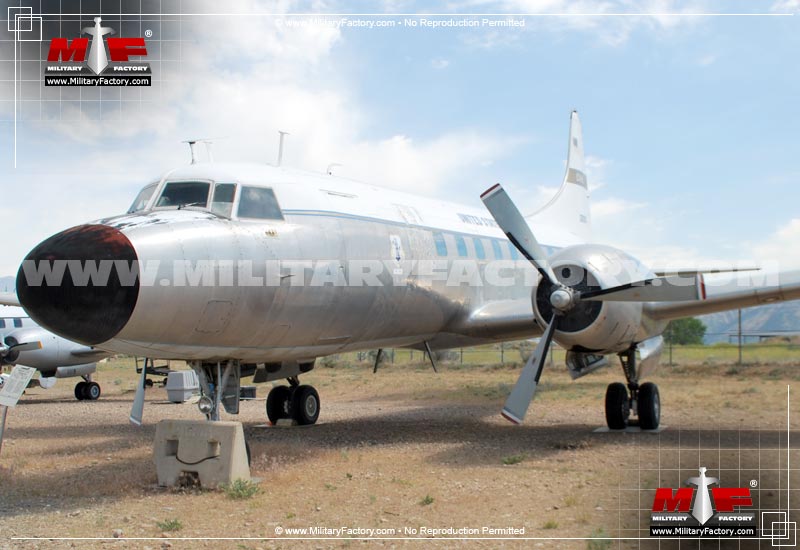 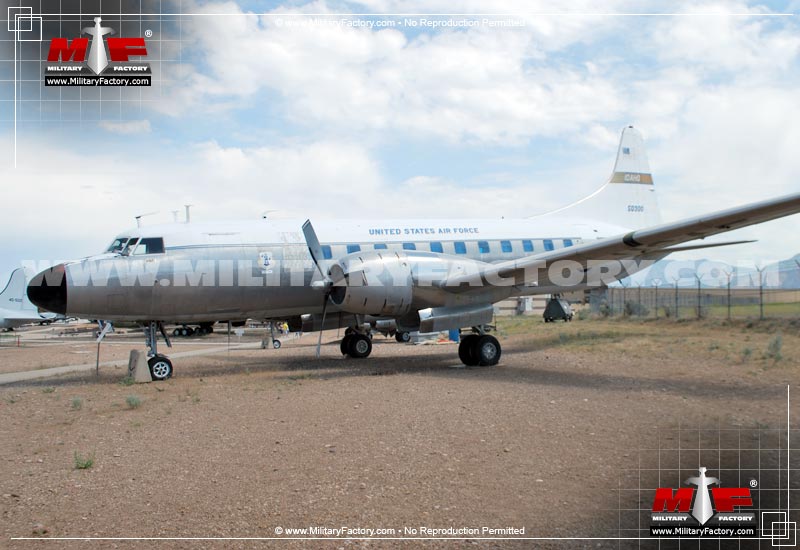 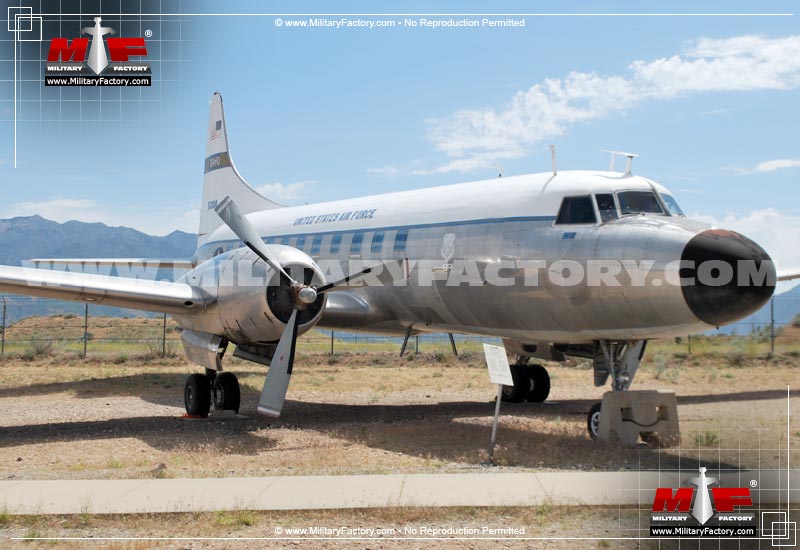 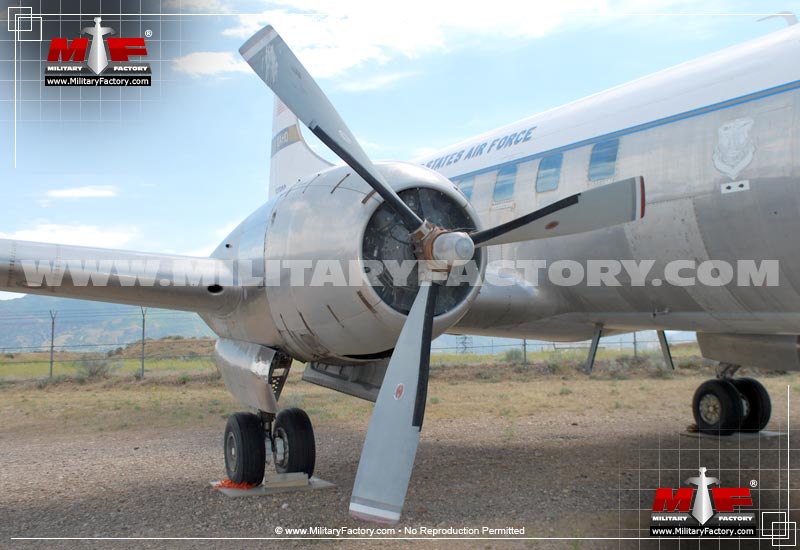 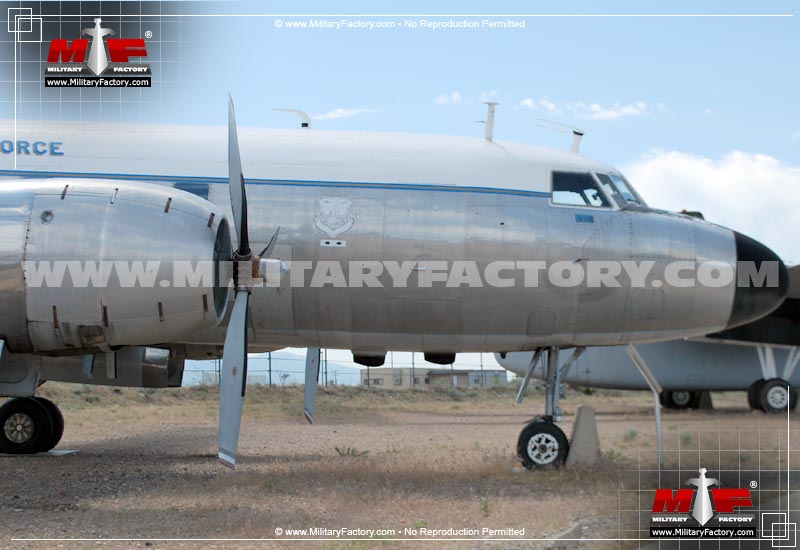 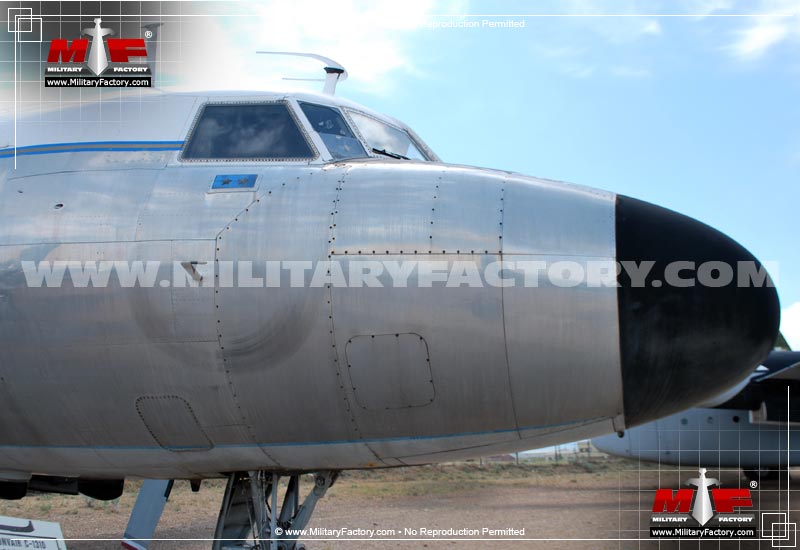 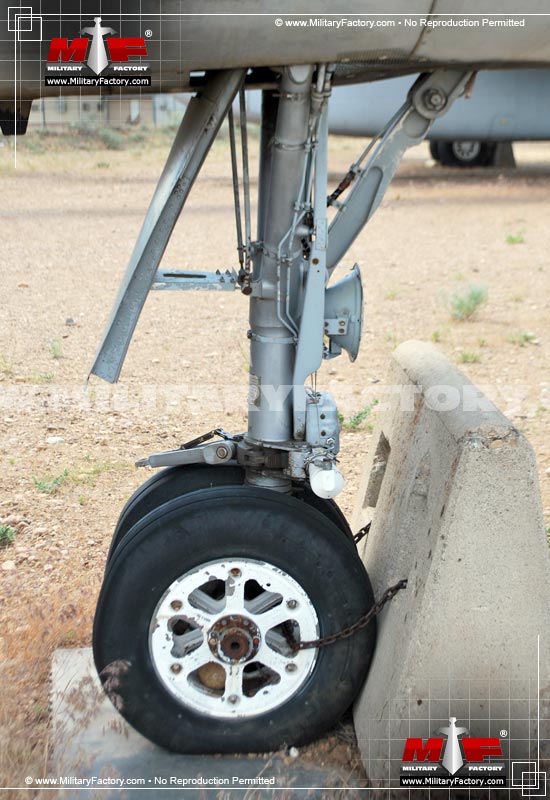 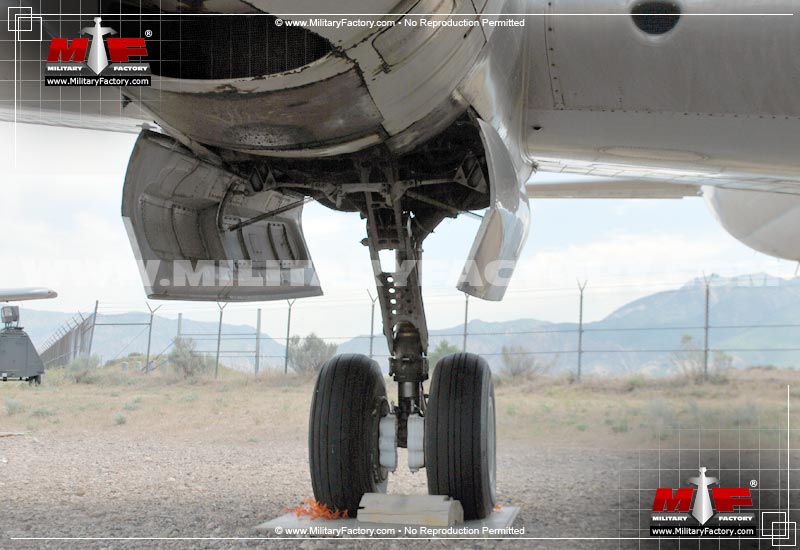 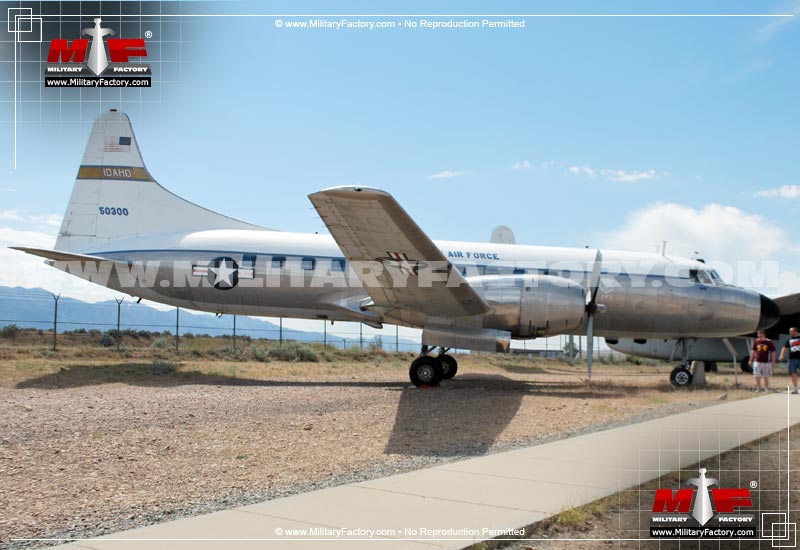