Only thirteen or so complete examples of the Dutch Koolhoven F.K.58 fighter were available for May-June 1940.

Authored By: Staff Writer | Last Edited: 05/06/2019 | Content ©www.MilitaryFactory.com | The following text is exclusive to this site. 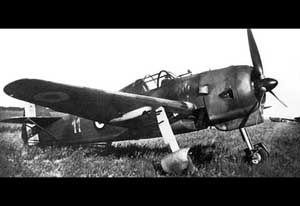 Prior to its conquer at the hands of Nazi Germany, the Netherlands held a viable, standalone aero-industry led by names like Fokker and Koolhoven. While there proved no single stand-out design when compared to larger players of the interwar years, some impressive models emerged such as the Fokker D.XXI fighter and G.I "Reaper" heavy fighter. Koolhoven contributed with the F.K.56 trainer, the F.K.55 fighter prototype and the F.K.58 production fighter.

For the latter, design was led by Erich Schatzki and the aircraft was originally intended to serve over both Dutch and French colonial holdings where it would have made for an excellent security measure. The French Air Force adopted it as a fighter / interceptor to help shore up its own strained aero-industry. Since economy was the call of the day, the platform was to have good performance qualities against contemporaries but also be relatively inexpensive and easy to build in number. Schatzki had already put his design talents to use in the Fokker D.XXI (detailed elsewhere on this site) so the F.K.58 served as something of an extension of that work. A first flight, through prototype Model 1166, was held on July 17th, 1938 though only twenty went on to be completed as the Dutch fell in the early going against Germany.

Outwardly, the F.K.58 was of an all-modern fighter - metal understructures, an enclosed cockpit and retractable undercarriage were some of its features. Dimensions included a length of 28.7 feet, a wingspan of 36 feet and a height of 9.9 feet. Empty weight was 4,255 pounds against a loaded weight of 6,065 pounds. Standard, fixed armament ended as 4 x 7.5mm FN-Browning machine guns fitted under each wing mainplane (two guns per wing).

The prototype arrived with a Hispano-Suiza 14AA engine of 1,080 horsepower and two aircraft were built to this standard. A Bristol "Taurus" engine was to be substituted in the FK-58 model intended for Dutch Air Force service but none were produced due to the deteriorating war situation. The initial production order encompassed the F.K.58 model standard with the 14AA engines in place but manufacture only yielded seven examples. These were then followed by the F.K.58A powered by the Gnome-Rhone 14N-16 series engine of 1,030 horsepower output and eleven were built before the end.

The French ordered a batch of fifty fighters in January of 1939 to be completed with French instrumentation and engines. However, shortages of both of these components led to only seventeen being built to include those parts - the rest arriving with original Dutch equipment (this was later rectified). By the end of 1939, the Dutch government placed their own first-batch order and this numbered an optimistic thirty-six aircraft with Bristol Taurus engines but the lack of these British powerplants led to a switch to the Bristol "Mercury VIII" series instead.

During may 1940 just thirteen of the line were available and these were piloted by Polish airmen during the desperate defense of the Low Countries and France. As the situation grew worse, the fighters were relegated purely as air defenders to help contain the fighting below. Comparatively the fighter was wholly outclassed by the German types it was to face - slower and inadequately armed. Even if available in the numbers required, the line was to make little difference in the outcome of the conquer of Western Europe. F.K.58 pilots flew fewer than fifty missions during World War 2 and managed no air kills against a single lost F.K.58 (it reportedly never tangled directly with an enemy in the air). All F.K.58 fighters were destroyed after the Fall of France.
Advertisements

(Showcased performance specifications pertain to the base Koolhoven F.K.58 production variant. Compare this aircraft entry against any other in our database or View aircraft by powerplant type)
4 x 7.5mm FN-Browning machine guns in fairings held under the wings (two guns per wing). 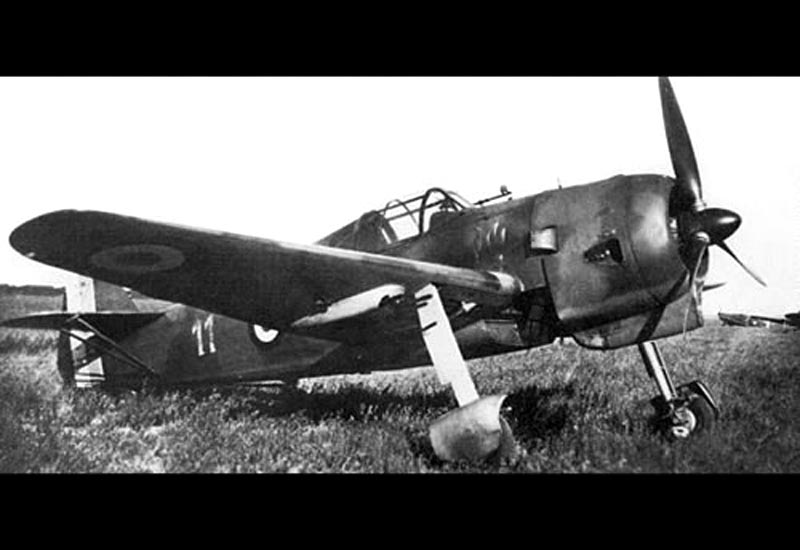