Only ten Curtiss NC aircraft were purchased during its production run and utilized primarily by the United States Navy over the Atlantic. 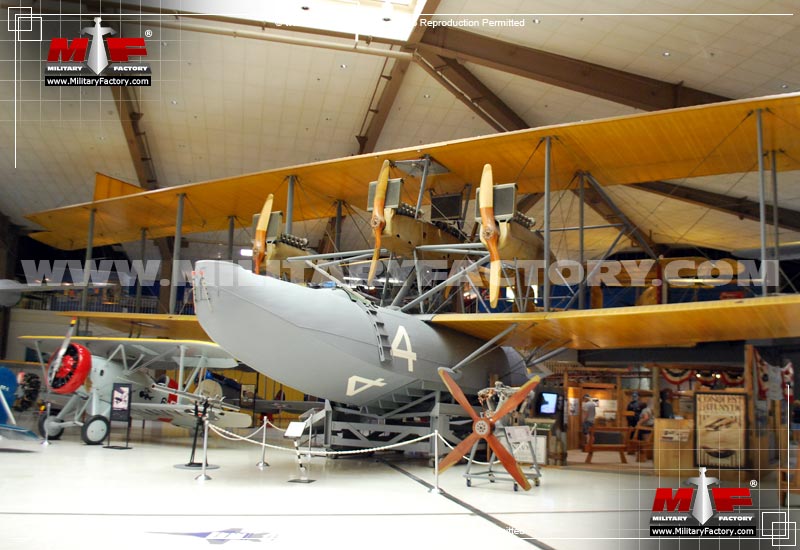 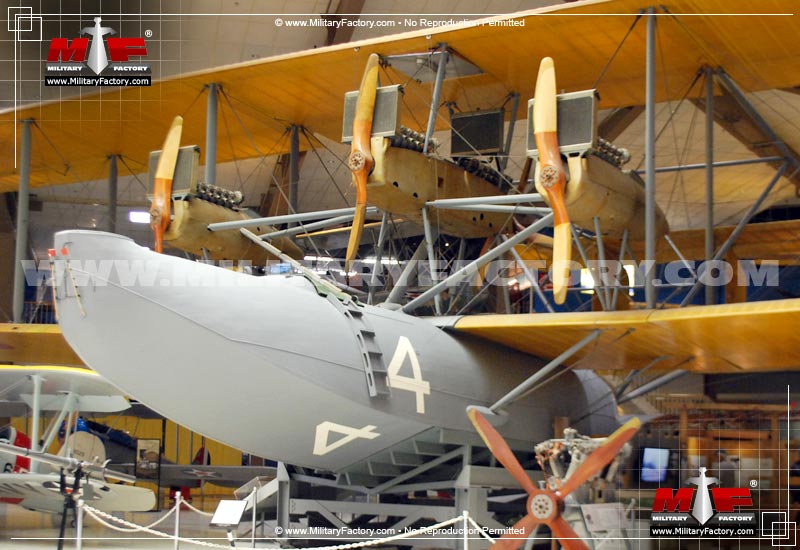 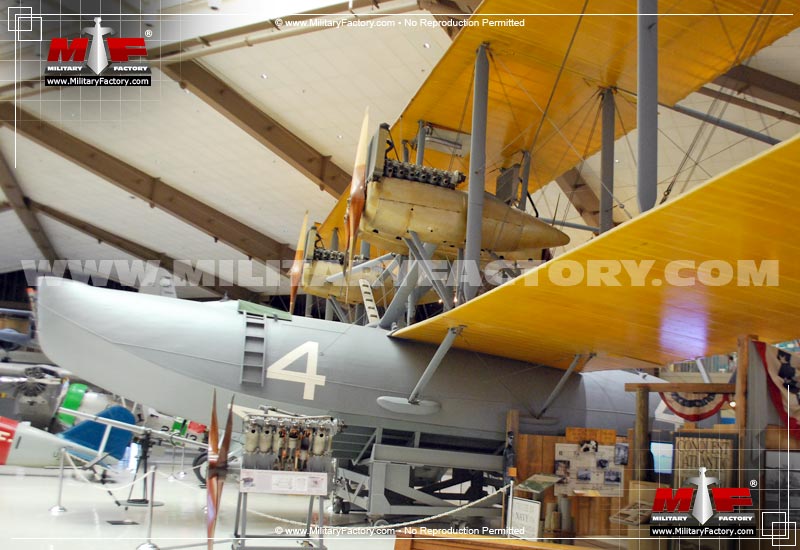 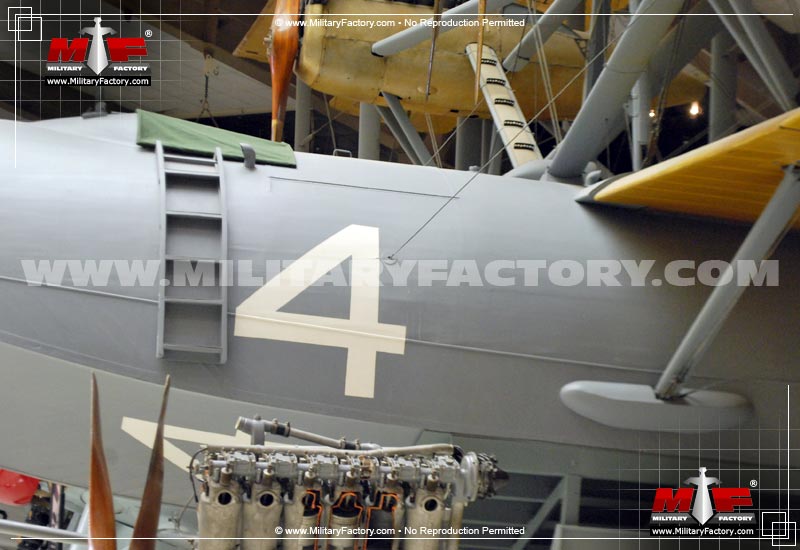 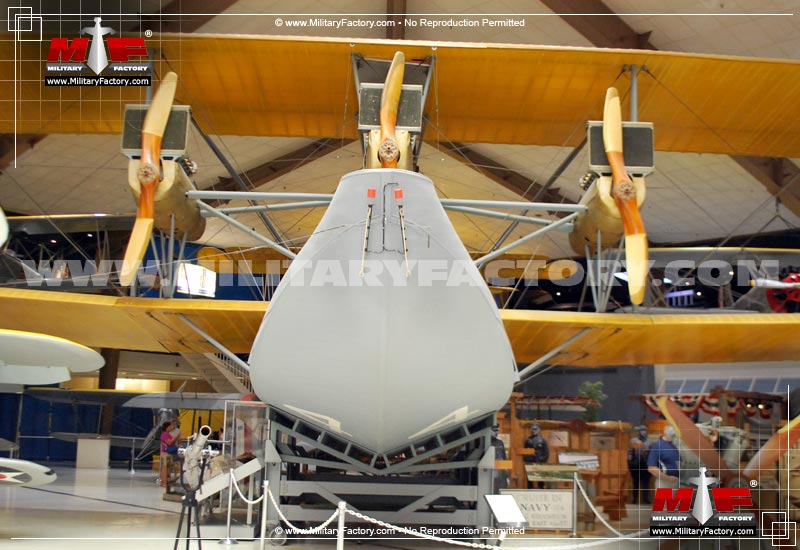 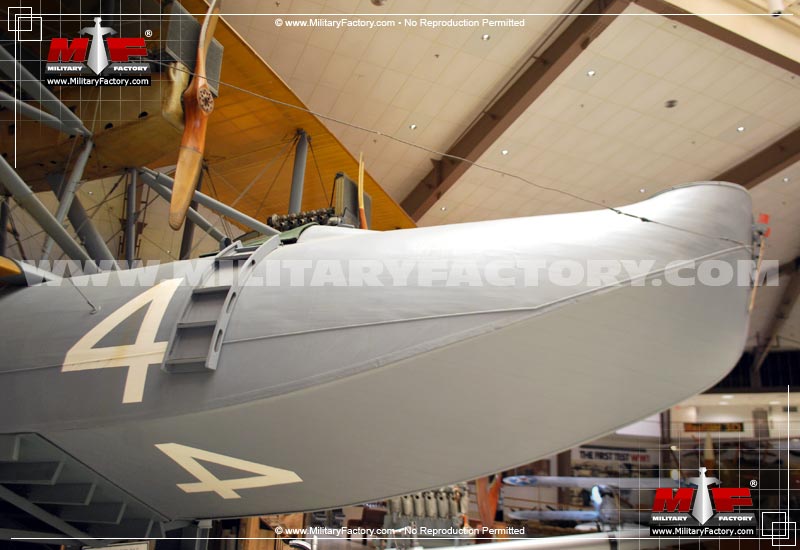 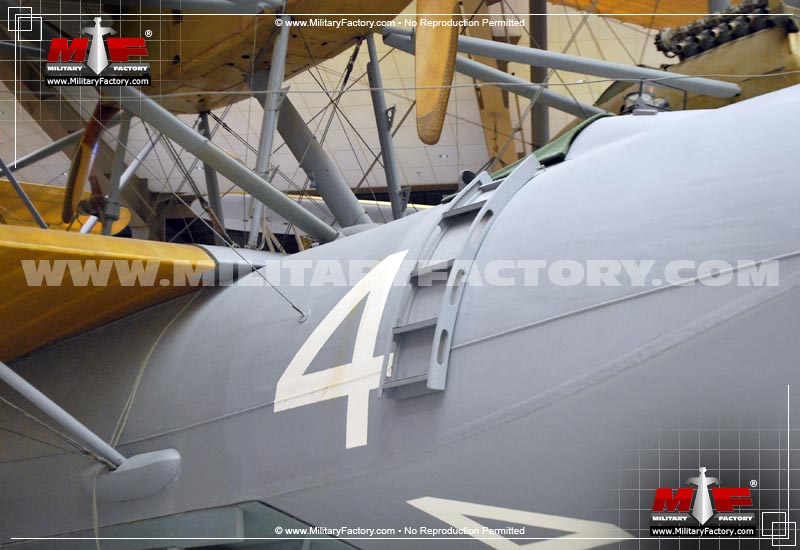 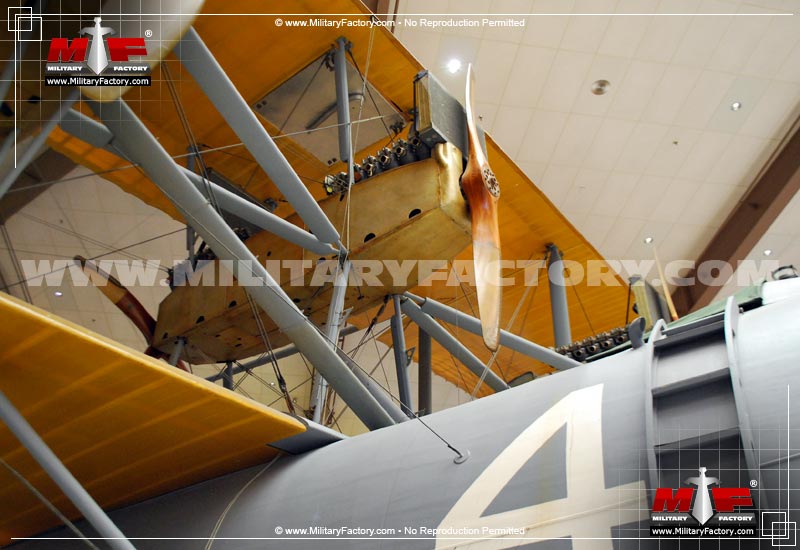 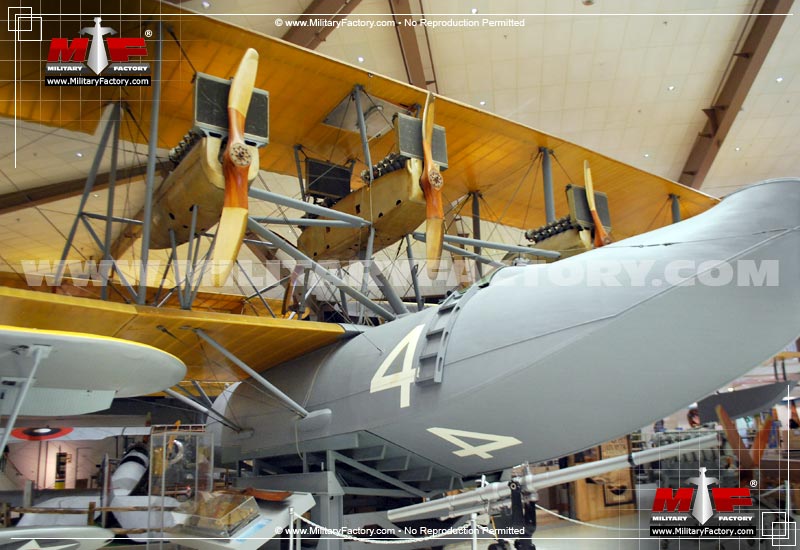 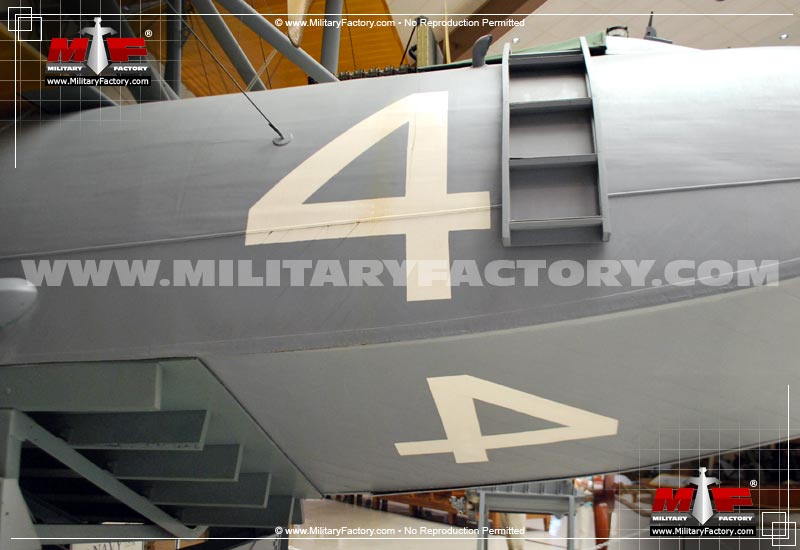 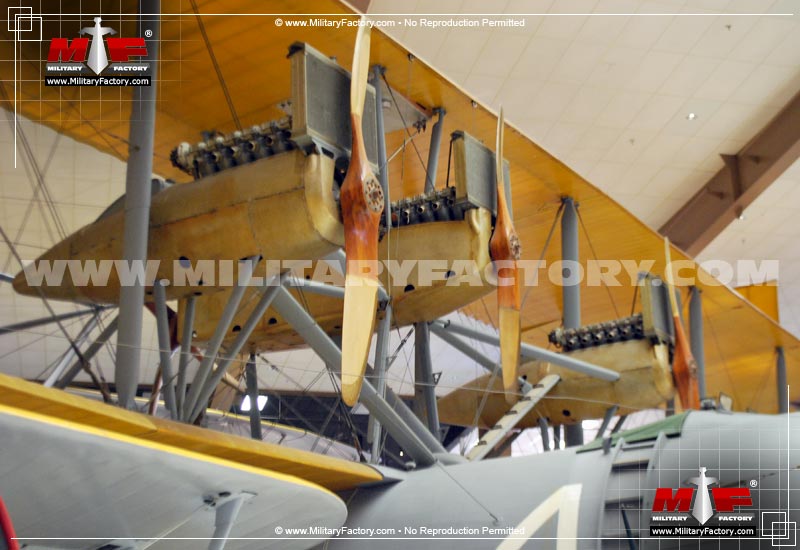 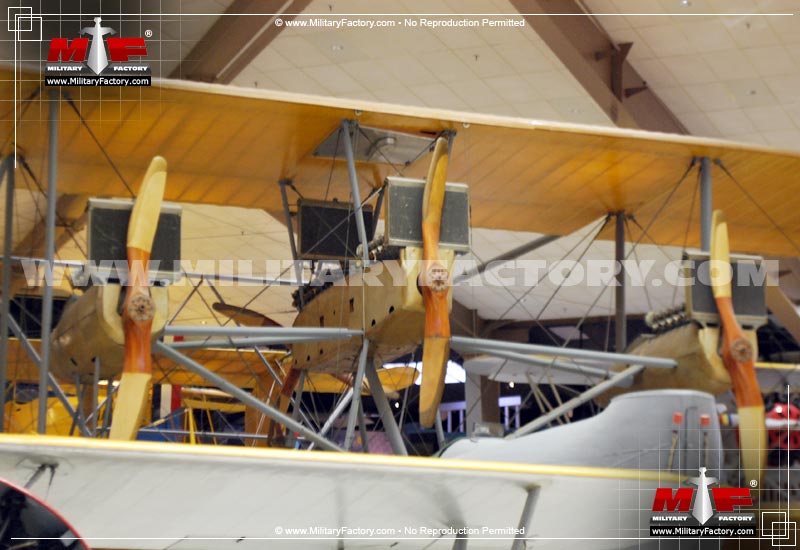 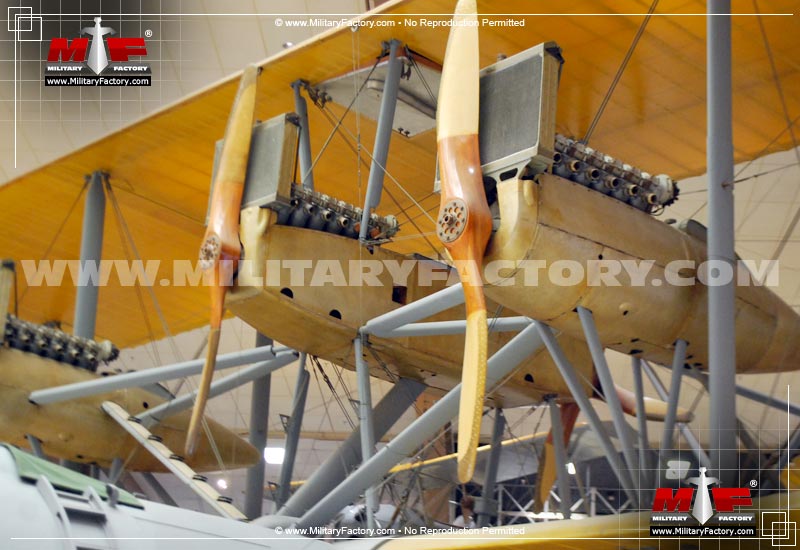 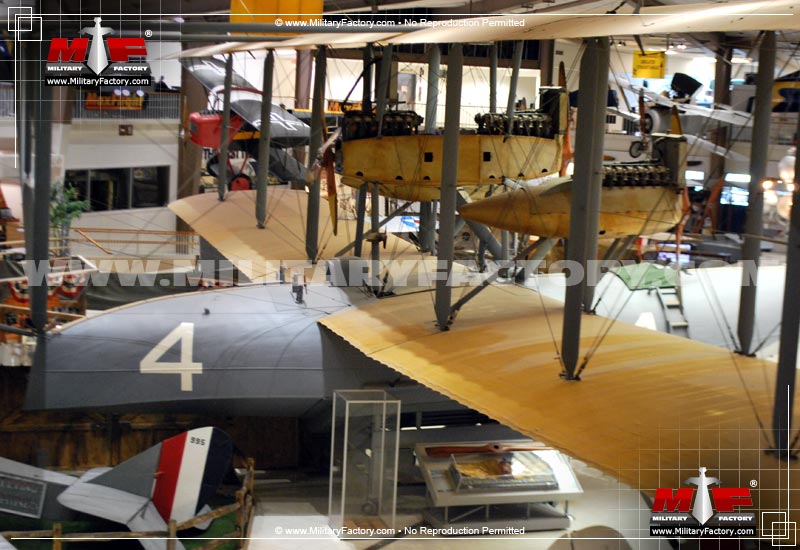 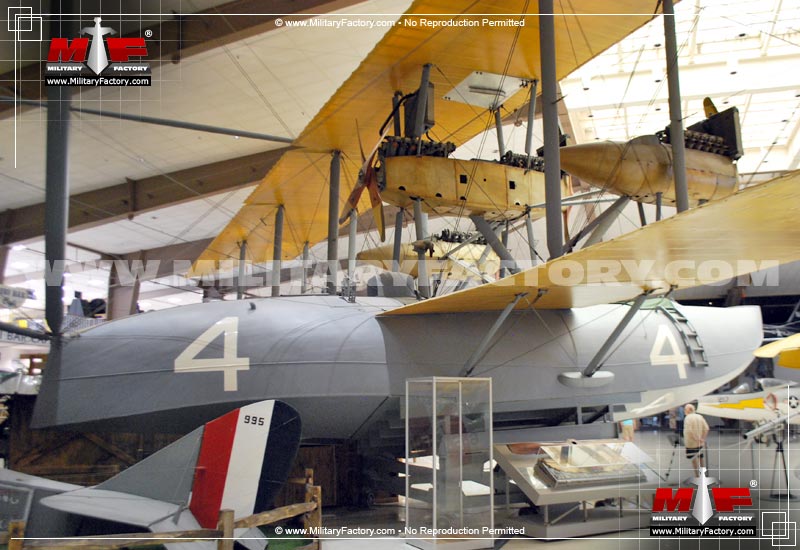 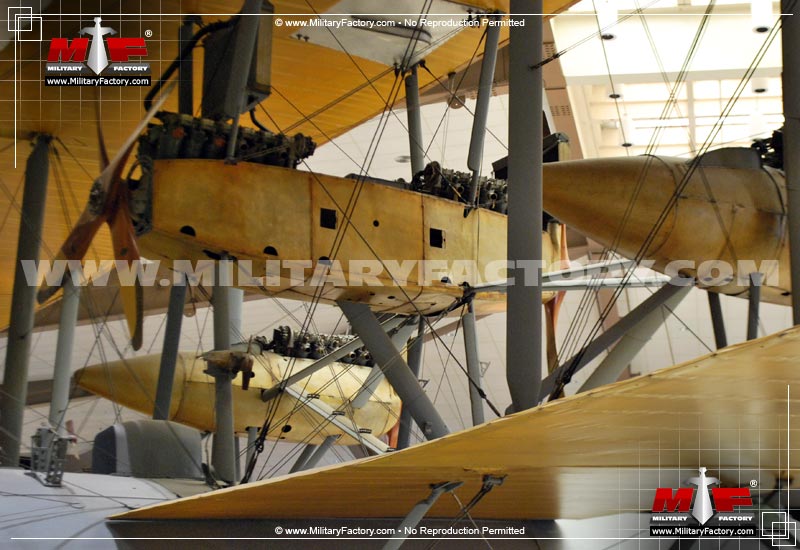 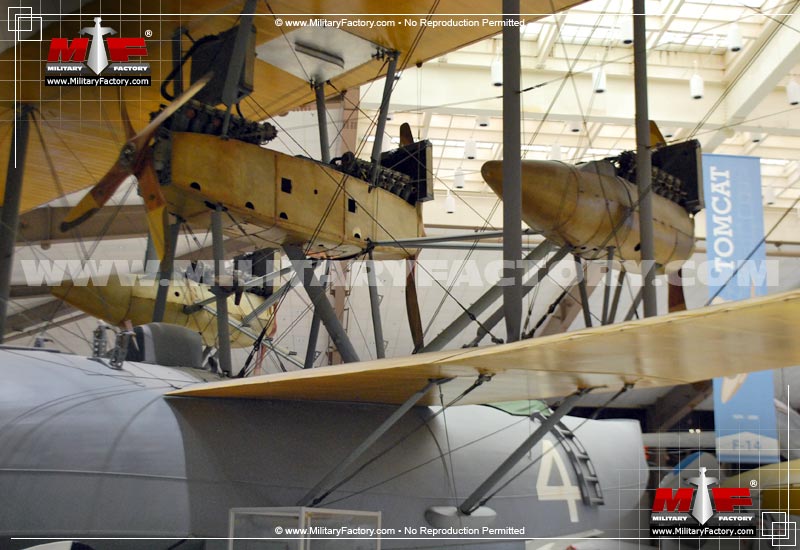 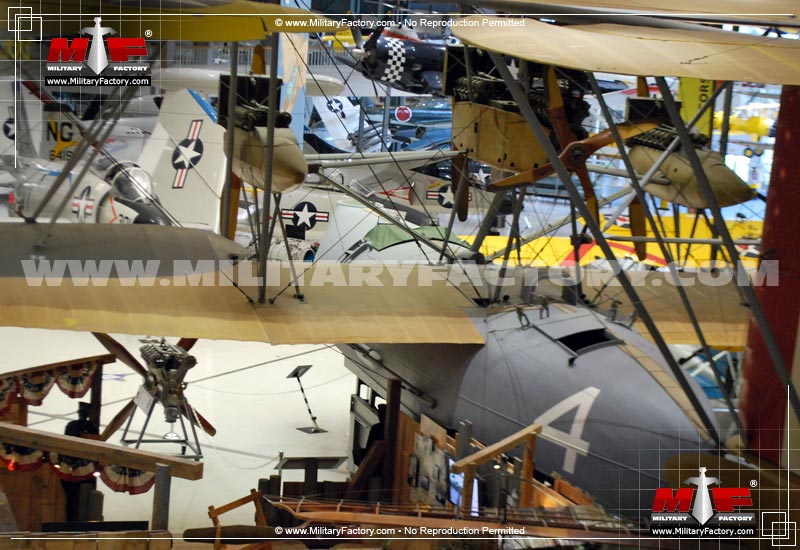 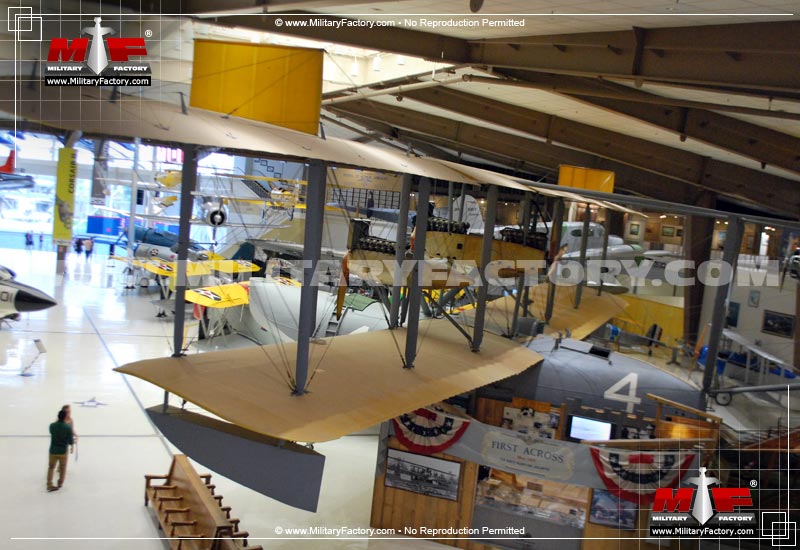 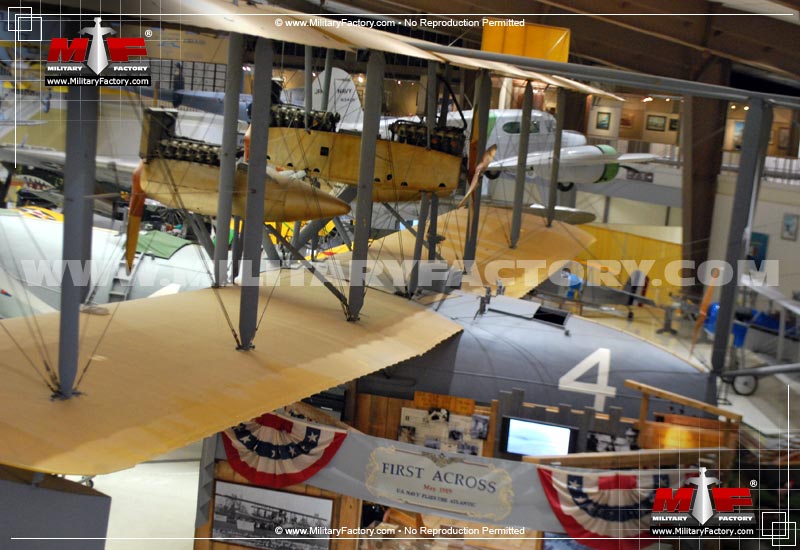 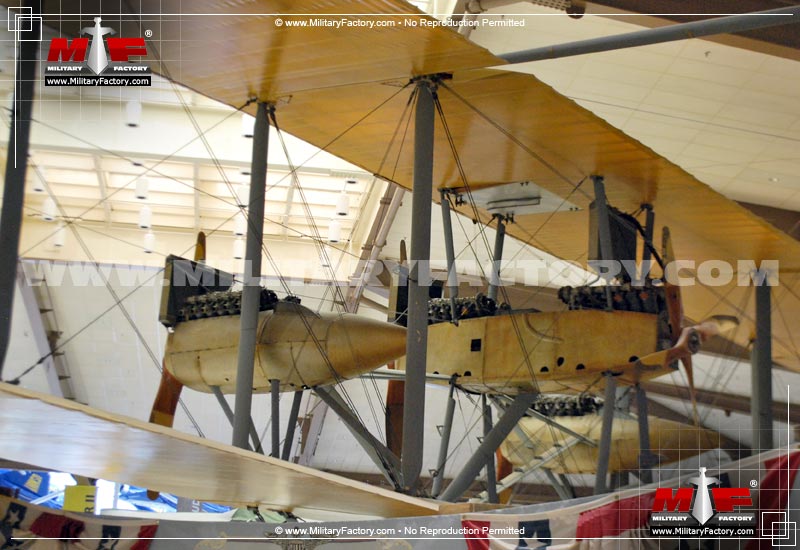 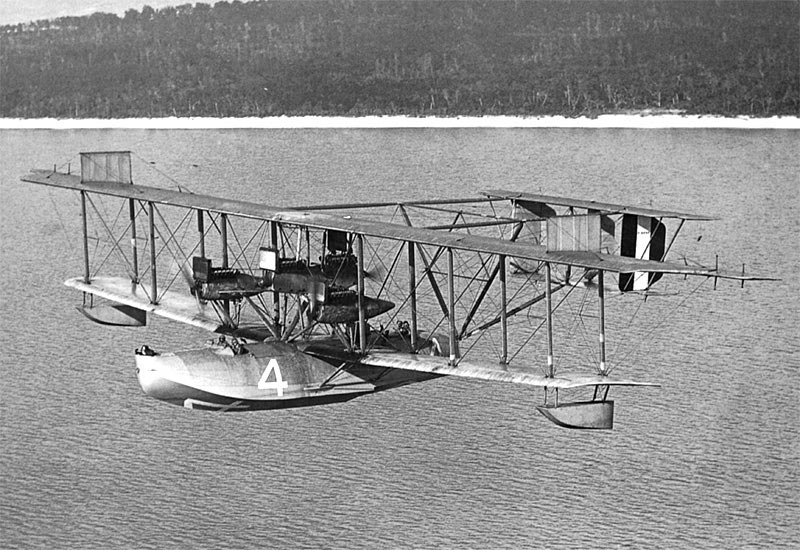 World War 1 in Europe prompted all military industries to develop and produce various solutions to ongoing (and some new) problems. The United States eventually formally sided with the Allied powers and began shipping goods and men to Europe in 1917 though these vessels were under constant threat from the dreaded German U-boat submarines plaguing Atlantic waters. In response, the US Navy called for a long-range flying boat that could cross the vast distances of the Atlantic and provide cover for supply ships while also patrol against the German marauders.

The charge eventually fell to the capable Curtiss Aeroplane and Motor Company concern who had already garnered much experience in the design of boat-like flying boats in years prior (the Curtiss H-16 being one prime example). Production of a new type of flying boat began in 1918 to which a first flight occurred on October 4th, 1918. The Curtiss concern worked to exacting specifications as put forth by the United States Navy Board of Construction and Repair and the result was a large biplane airframe powered by multiple engines. The series took on the designation of Curtiss NC ("NC" for "Navy Curtiss") and initially appeared in a three-engined form as the "NC-1". The US Navy had on order a total of four NC aircraft (NC-1, NC-2, NC-3 and NC-4). The NC was completed with full sleeping quarters and radio facilities for the intended long range flights. In November of that year, the NC-1 set a world record by transporting no fewer than 51 passengers.
Advertisements

Design-wise, the Curtiss NC was very standard for the time, showcasing a very workmanlike appearance. The aircraft featured a boat-like hull for sea operations to which the NC could take-off and land on water as needed. The smooth fuselage was slung under the large biplane wing arrangement that sported parallel struts and lines of cabling for the various control surfaces and reinforced structural points. Small pontoon-like structures were affixed to the lower wing ends to counter tipping when on water. The initial NC-1 mark held three engines fitted side-by-side-by-side at the center of the wing assemblies, this between the upper and lower wing planes. All three engines operated in a "puller" (or "tractor") arrangement. In the NC-2 and later, the three engines benefitted from a fourth engine mounted in a "pusher" arrangement (4 x Liberty L-12 water-cooled V-12 engines of 400 horsepower each). The empennage consisted of a twin-boom design structure with a biplane tailplane section encompassing three vertical tail fins. All six crew positions were open-air including a circular cockpit position at the extreme front end (bow) of the fuselage. The pilot's cockpit was set just aft of this position and ahead of the wing assemblies. A third open-air cockpit was set aft of the wings. Top speed was 90 miles per hour which put it on par with the earlier fighter mounts of the war. Range was out to 1,400 miles while the aircraft could manage a service ceiling of 4,500 feet. While generally unarmed, the NC series could fit aerial machine guns in the front and rear cockpit positions for self-defense. Conceivably, a wartime NC aircraft would have also been outfitted with bombs for attacking submarines and surface warships.

In November of 1918, the Armistice was signed, bringing an end to the fighting in Europe. As such, there was no great need for large-scale military aircraft procurement as in the months before. The US Navy still sought its large flying boat aircraft and development of the NC proceeded as planned (only the NC-1 was delivered to the US Navy before the end of the war). Ultimately, the NC-1 was joined by the NC-2, NC-3 and NC-4 marks. NC-2 was damaged during trials and never flew again while the NC-4 achieved first flight on April 30th, 1919. The remainder aircraft were then used in the first transatlantic flight in May of 1919 which ended with only the NC-4 reaching the intended airstrip at Lisbon, Portugal (by way of Newfoundland and the Azores). NC-1 crashed with her crew being rescued while NC-3 was forced down and "floated" her way to the Azores. Beyond this endeavor, the NC series led a utilitarian life in service to the US Navy. The Navy eventually contracted for six more NC aircraft (NC-5, NC-6, NC-7, NC-8, NC-9 and NC-10) and procurement of these marks continued into the 1920s.

Like the wartime JN-4 "Jenny" biplane trainer, the Curtiss NC series was better known as the "Nancy" or "Nancy Boat" for its "NC" in the designation.
Advertisements