The Skeldar was developed through a joint venture between the Swedish Saab concern and UMS Skeldar as a rotary-wing maritime service UAS.

Authored By: Dan Alex | Last Edited: 11/10/2021 | Content ©www.MilitaryFactory.com | The following text is exclusive to this site. 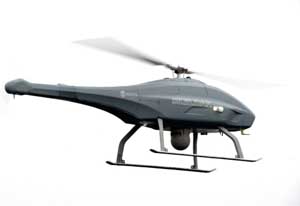 The Saab Skeldar is an unarmed, rotary-wing Unmanned Aricraft System (UAS). It is a relatively young development in the unmanned vehicle field that has been dominated by fixed-wing implements with a few notable exceptions. The Skeldar makes use of a 55 horsepower engine powering a two-bladed main rotor assembly and a two-bladed tail rotor assembly to reach altitudes of 2,400 meters and operates in the same horizontal/vertical manner as a traditional helicopter. While not armed in any way, the UAV is more akin to the early generation of unmanned vehicles centering on information gathering and specialized equipment-minded payloads. As such, the Skeldar is being developed with maritime patrol, light transport, electronic warfare, and surveillance sorties in mind. It is being marketed as a multirole solution to which the aircraft can be fielded from land bases or at sea - making it a tempting product for armies and navies of the world.

The benefits of a rotary-wing UAV over that of a fixed-wing UAV are the same as in the full-sized manned versions of similar aircraft. Rotary-wing aircraft do not require runways to take-off or land from and can hover over areas while distributing cargo without landing. The added benefit of an unmanned helicopter is rather obvious as no pilot or crew are placed in harm's way during missions. In this fashion, the Skeldar holds some inherent benefits in its design over that of traditional fixed-wing UAVs currently in service. Control is provided for by a ground station and applicable crew. The Skeldar is categorized as a "medium range" UAV solution and sports automated landing and take-off procedures which allows for "hands-off" operation of the system by ground personnel. The aircraft is not wholly autonomous, however, and still reliant upon the ground control station to make mid-air changes to the flight parameters.

Design of the UAV is rather basic featuring a finely contoured fuselage shell encompassing the avionics, engine, fuel stores, applicable mission equipment and empennage. Its configuration is consistent with full-scale rotary-type aircraft in that there is a main rotor assembly set atop a short mast at the center of the design with a small tail rotor facing portside and driven by an internal shaft through a short fuselage stem. The entire structure sits atop a reinforced, two-point skid assembly - essentially the fixed undercarriage form common to many commercial and military helicopters. Overall length is 4 meters with a width of 1.2 meters and height of 1.3 meters. The system is cleared to carry up to 40 kilograms of mission equipment and yields a maximum take-off weight of 200 kilograms. Operational speeds are approximately 130 km/h with a range out to 150 km and maximum altitude of 2,400 meters. The aircraft is listed with a mission endurance time of 5 hours.

The Skeldar UAV is based on the original CybAero APID 55 unmanned system. CybAero was founded in 2003 as an aerospace and defense industry contractor specializing primarily in the design and development of UAV systems. The Skeldar was born in a 2005 initiative headed by Saab which eventually produced the initial Skeldar V-150 mark in 2006. Further work on the type then evolved to become the V-200 mark. Today, the Skeldar remains an ever-evolving, yet promising, UAV product.

The Skeldar name is derived from Nordic for "Shield".

November 2021 - The German Navy will begin operating the Skeldar V-200 UAS helicopter (the "Sea Falcon" program) from the decks of its K130 class corvettes.

(Showcased performance specifications pertain to the UMS V-200 Skeldar production variant. Compare this aircraft entry against any other in our database or View aircraft by powerplant type)
None. Mission equipment up to 40 kilograms total.

General Assessment
Firepower
Performance
Survivability
Versatility
Impact
Values are derrived from a variety of categories related to the design, overall function, and historical influence of this aircraft in aviation history.
Overall Rating
The overall rating takes into account over 60 individual factors related to this aircraft entry.
44
Rating is out of a possible 100 points.
Relative Maximum Speed
Hi: 100mph
Lo: 50mph
This entry's maximum listed speed (81mph). 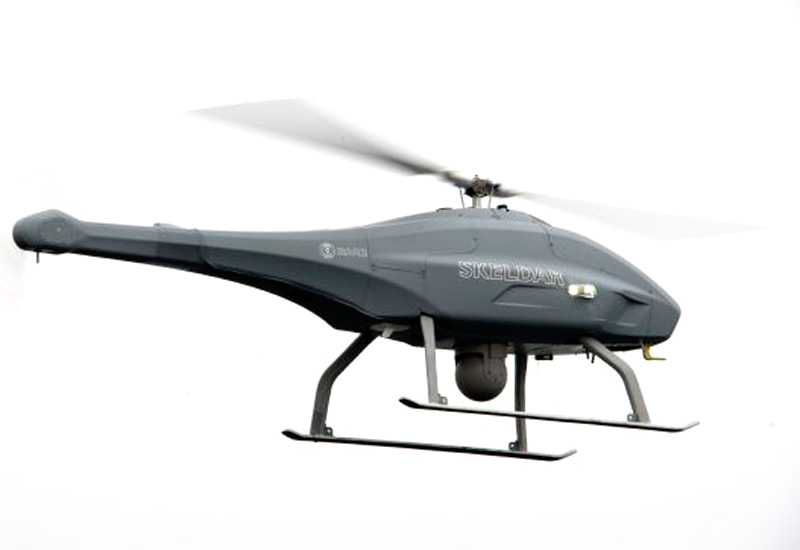