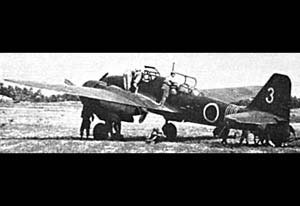 The two-seat, twin-engine Ki-102 was classified as a close-support/heavy fighter aircraft and developed by the Kawasaki concern of Imperial Japan. To the Allies, it was known under the codename of "Randy" and in official Imperial Japanese Army Air Force nomenclature, it existed as the "Army Type 4 Assault Aircraft". The aircraft was developed from the preceding Kawasaki "Ki-96" twin-engine heavy fighter of which only three prototypes were produced, intending to ultimately replace the twin-engine Kawasaki Ki-45 (Toryu) "Nick" heavy fighter in both production and operational service. First flight of the Ki-102 prototype was recorded in 1944 though the end of the war for Japan in August of 1945 signified the end of development and production of the Ki-102 for the long-term. The type was eventually evolved into three distinct forms to include a dedicated fighter, dedicated night-fighter and dedicated ground attack platform. Some Ki-102s (Ki-102b production models) saw limited combat service while most were stationed on the Japanese mainland for defensive purposes prior to the anticipated Allied invasion (which never occurred). A total of 238 examples were manufactured by Kawasaki Aircraft Engineering and saw service from 1944 to the end of the war in 1945.

With the apparent success of their Ki-45 "Toryu" twin-engine heavy fighter line, Kawasaki turned to developing an improved form as a private venture. Development ensued in 1942 and more or less followed the same design principles inherent in the Ki-45 before it. The new design included a twin-engine configuration with a crew of two, the fuselage intended to fit heavy cannon-minded armament to counter the American bomber presence. However, the Japanese Army requested the type be designed as a single-seat heavy fighter which forced Kawasaki to rework the design. A revised prototype went airborne in September of 1943 while a further two prototypes soon followed. The Japanese Army liked what it saw from the new Ki-96 performance-wise though a new initiative requested the Ki-96 be redesigned as a two-seat, twin-engine heavy fighter - essentially the original Ki-96 vision. The design was once again reworked, this time to become the new "Ki-102" which retained the former design's wing and tail assemblies while incorporated new additions where needed. Ki-96 development was, therefore, discontinued with only three prototypes completed.©MilitaryFactory.com
Advertisements

The Ki-102 was born from three prototype forms using the base "Ki-102" designator. "Ki-102a" marks signified the original high-altitude heavy fighter design form of which a total of the 26 of the type were ultimately produced. All combat models were fitted with 1 x 37mm Ho-203 series cannon and 2 x 20mm Ho-5 cannons as well as turbosupercharged engines required for high altitude performance. The Ki-102a was known to the Japanese as the "Type Ko".

Outwardly, the series followed in line with previous twin-engine Kawasaki offerings. The design was characterized by a streamlined fuselage with the tandem-seating crew cabin at forward-middle, low-mounted monoplane wings, leading edge radial engine nacelles and a conventional single-fin tail unit. The undercarriage consisted of two main landing gear legs and a tail wheel while all was completely retractable into the underfuselage. The pilot sat in a forward cockpit under a glazed canopy with decent vision outwards while the rear crewman sat in a separated cockpit at amidships.

The Ki-102b became a follow-up specialized ground attack variant fitting 1 x 57mm Ho-401 cannon as well as 2 x 20mm Ho-5 cannons. 1 x 12.7mm Ho-103 (Type 1) heavy machine gun was allocated to the rear cockpit for self-defense against trailing enemy fighters. Power was derived from 2 x Mitsubishi Ha-112-II Ru 14-cylinder radial piston engines of 1,500 horsepower each which gave excellent performance. The Ki-102b reported a top speed of 360 miles per hour with a range equal to 1,200 miles while the service ceiling was in the vicinity of 33,000 feet. A reengineered tailwheel was also introduced. Some 207 examples were built in all, proving the definitive mark in the series and was known to the Japanese as the "Type Otu". The Ki-102b production mark would be the only Ki-102 form to see combat action, this over Okinawa and its exposure very limited.

The Ki-102c was a proposed dedicated night-fighter development with various changes included in her design. This brought about use of a very basic AI radar system under a new Plexiglas nose cone, a lengthened wing assembly and fuselage and reworked tail planes. Armament comprised 2 x 30mm Ho-105 series cannons under the fuselage as well as 2 x 20mm Ho-5 "oblique-firing cannons" at amidships. The oblique-firing cannons were set in a forward-angled position, allowing the fighter to hover under and behind a bomber target (typically its most vulnerable spot) and fire cannon projectiles at will. However, only two of the type were ever completed before the end of the war. The Ki-102c was known to the Japanese as the "Type Hei".

The "Ki-108" was a related Ki-102 development of which only two prototypes were completed, converted from existing Ki-102b series airframes. These were to be the beginnings of a new high-altitude fighter design complete with a pressurized flight cabin for the crew and strengthened airframe. The end of the war signified the end of this development.©MilitaryFactory.com
Note: The above text is EXCLUSIVE to the site www.MilitaryFactory.com. It is the product of many hours of research and work made possible with the help of contributors, veterans, insiders, and topic specialists. If you happen upon this text anywhere else on the internet or in print, please let us know at MilitaryFactory AT gmail DOT com so that we may take appropriate action against the offender / offending site and continue to protect this original work.
Advertisements

(Showcased performance specifications pertain to the base Kawasaki Ki-102 (Randy) production variant. Performance specifications showcased above are subject to environmental factors as well as aircraft configuration. Estimates are made when Real Data not available. Compare this aircraft entry against any other in our database or View aircraft by powerplant type)
Ki-102a:
1 x 37mm Ho-203 cannon in nose
2 x 20mm Ho-5 cannons 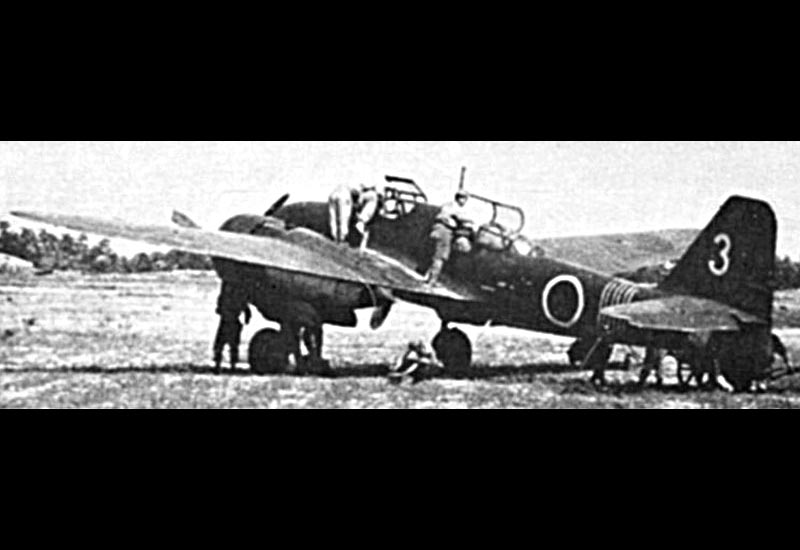