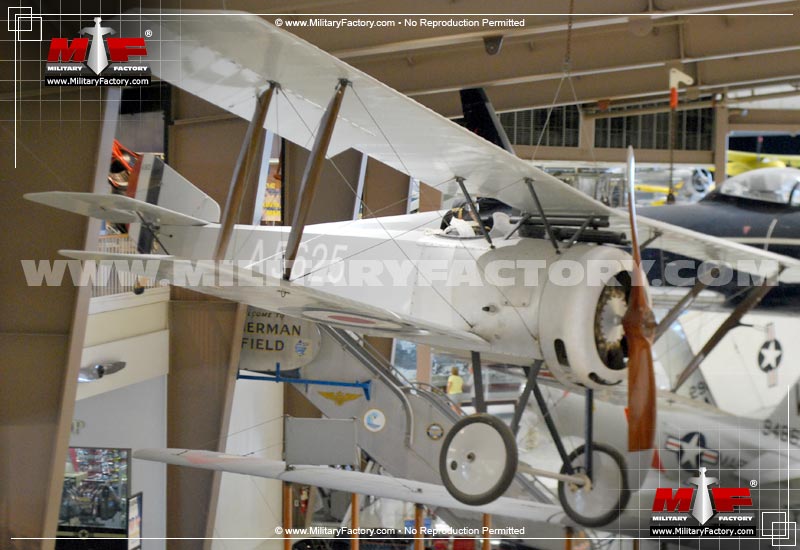 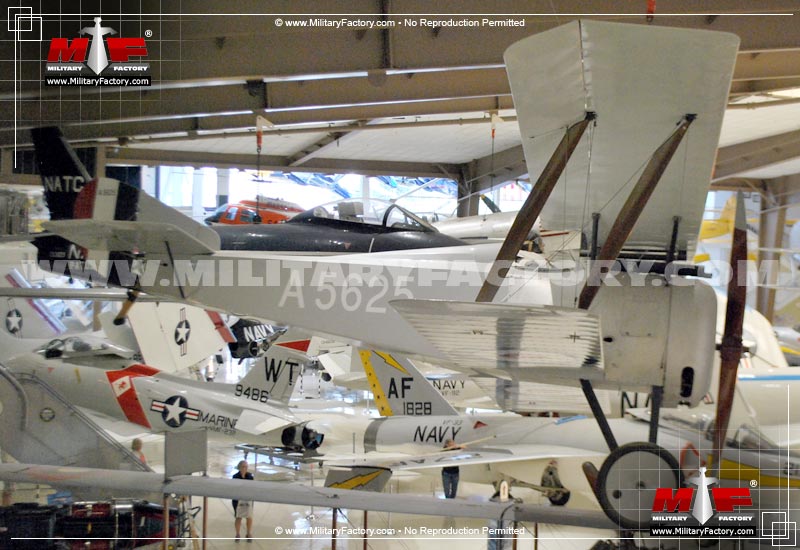 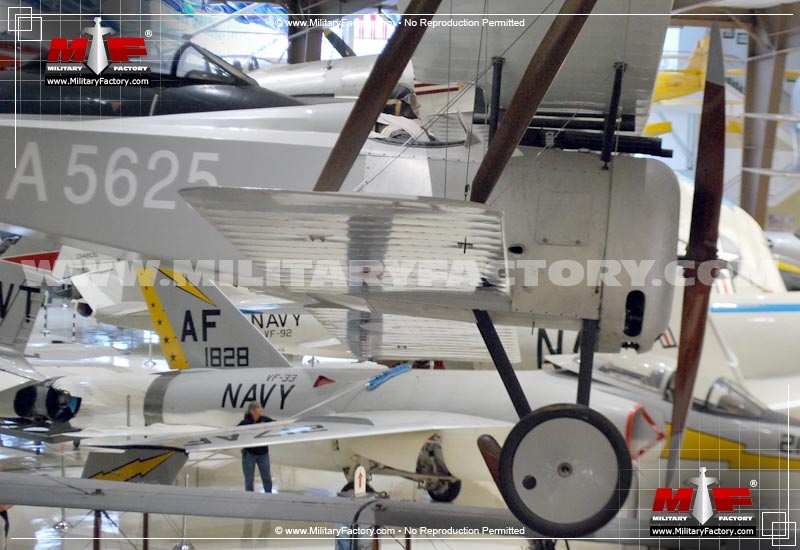 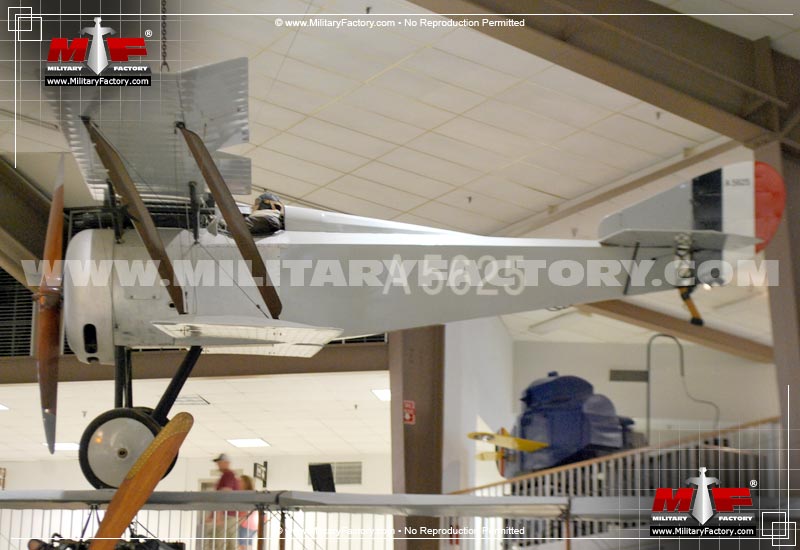 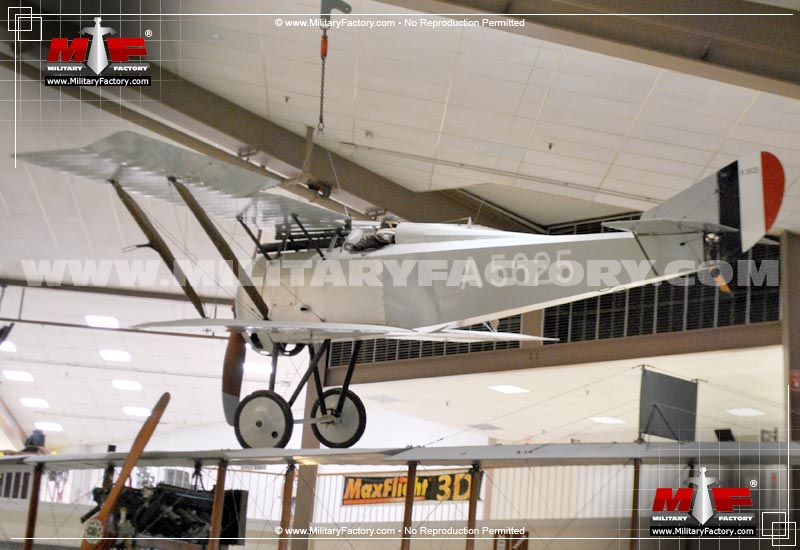 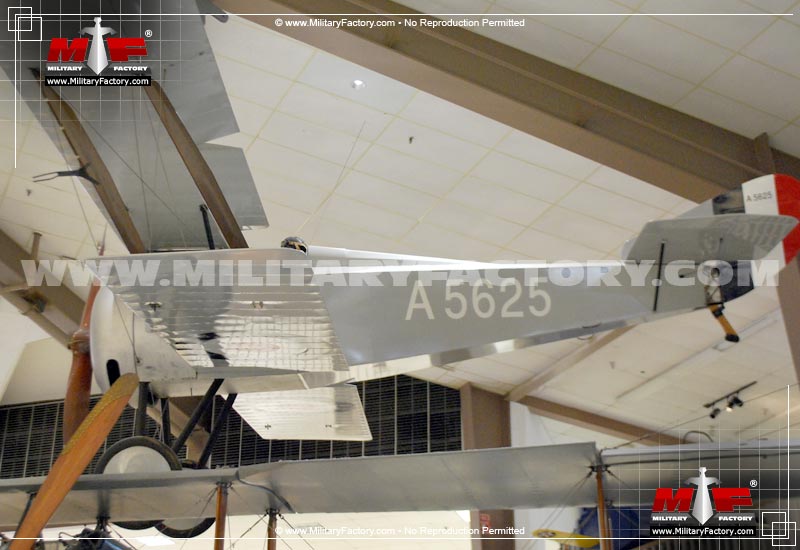 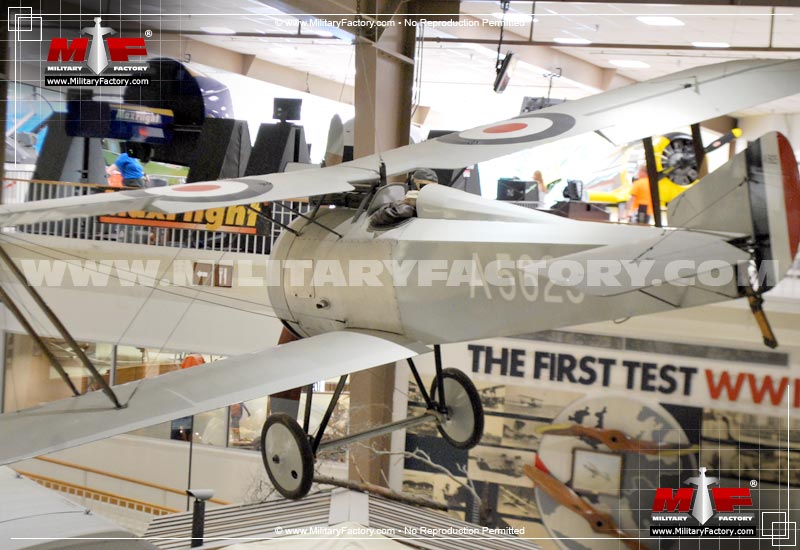 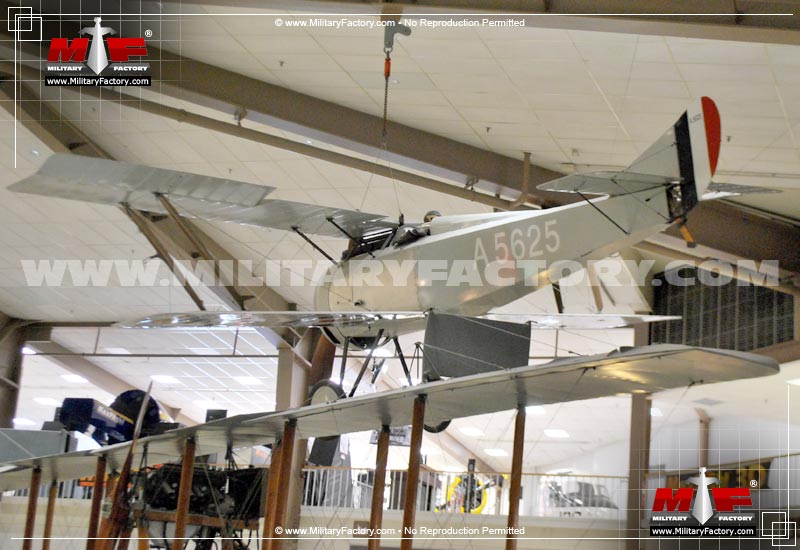 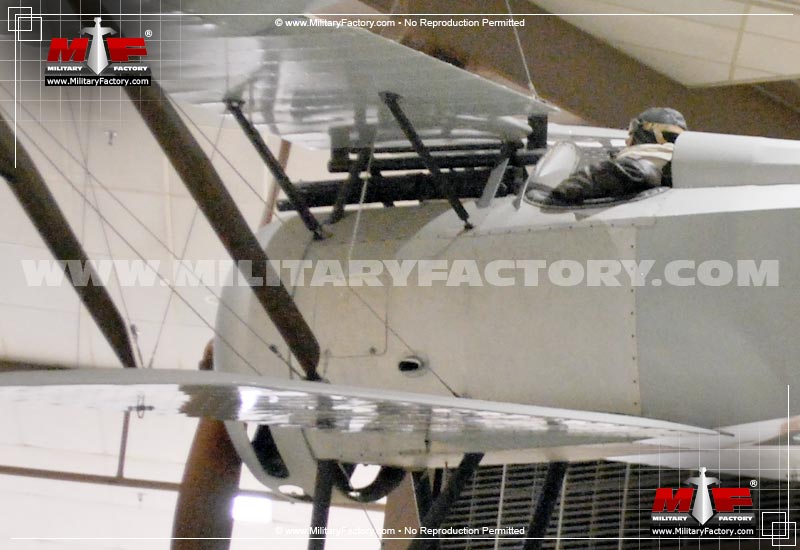 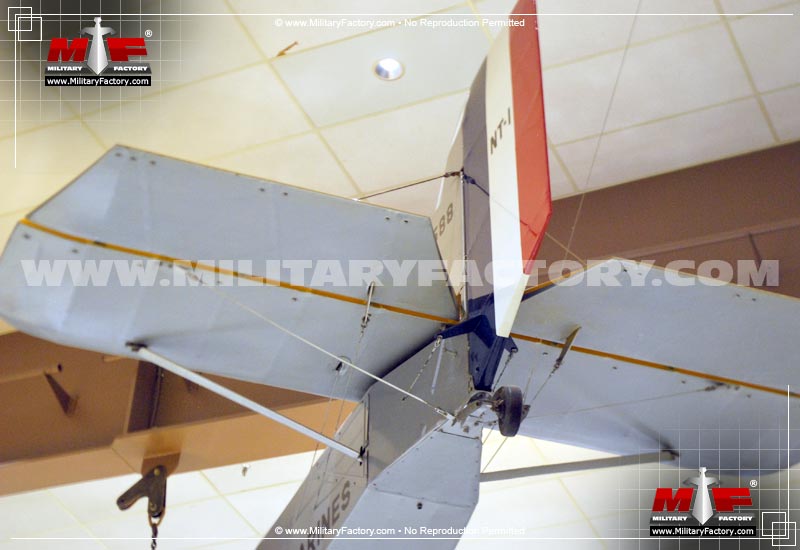 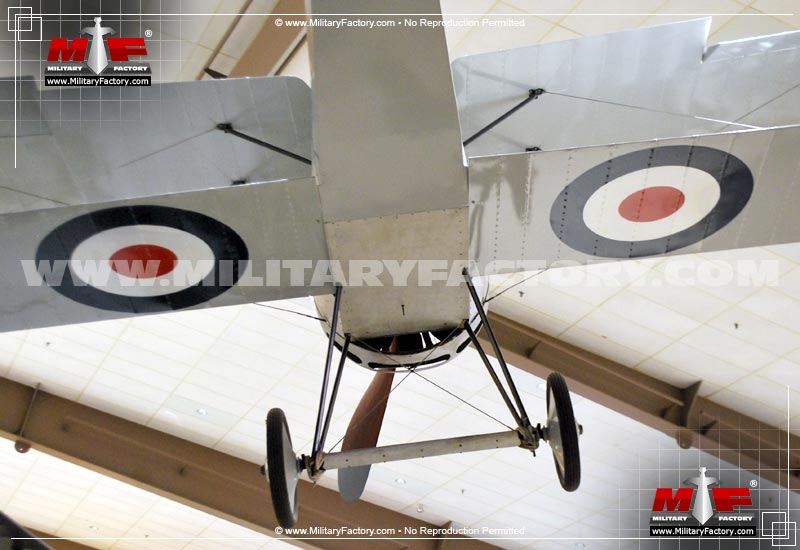 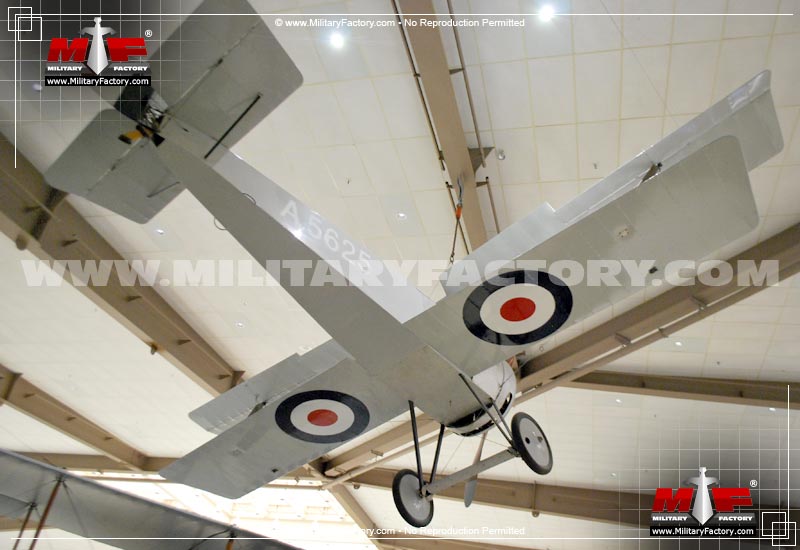 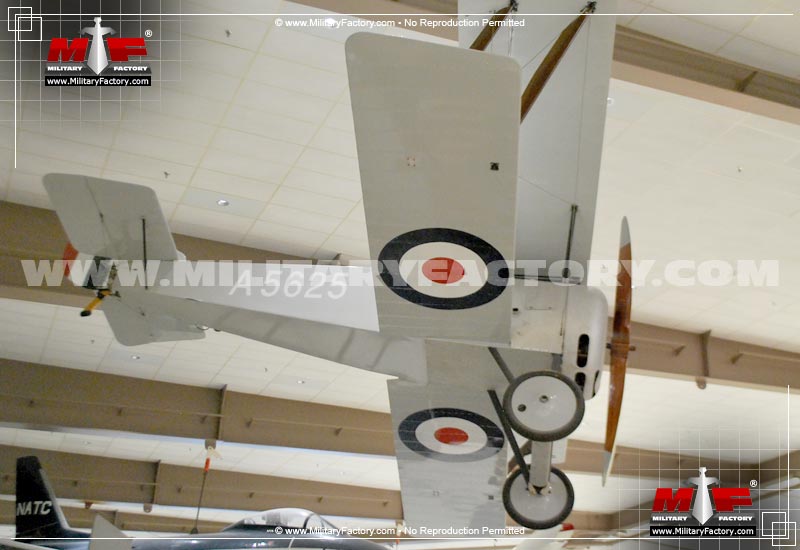 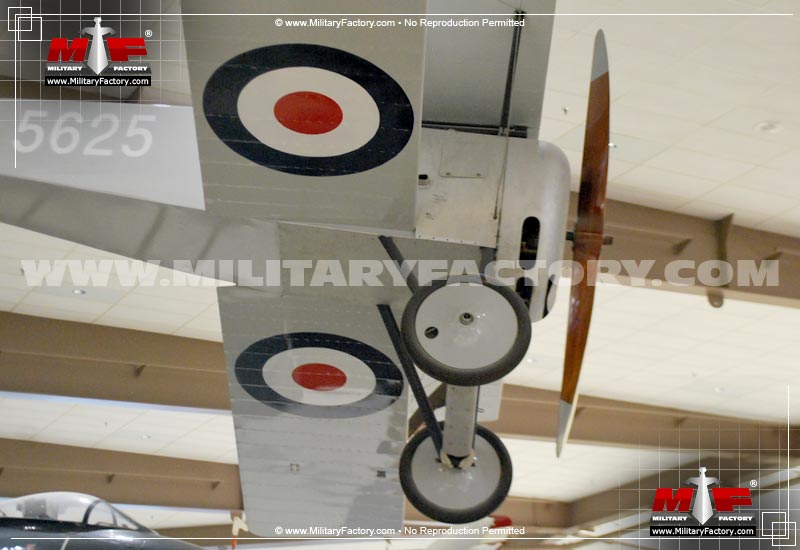 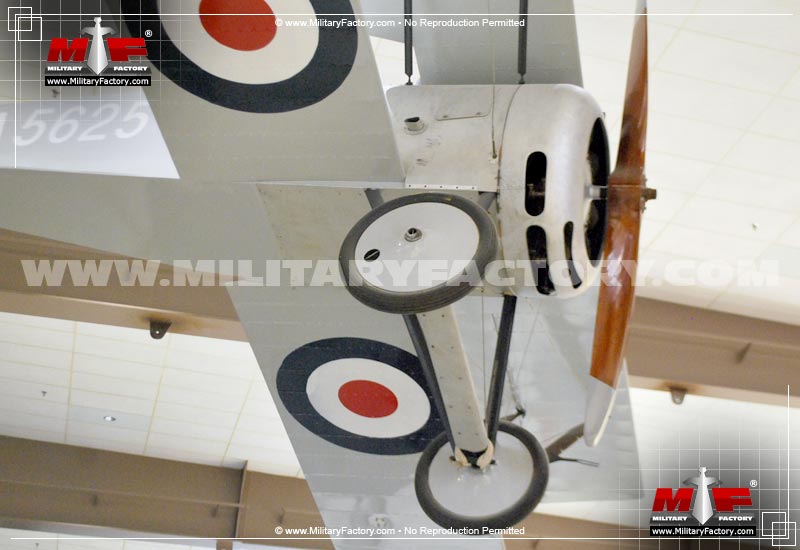 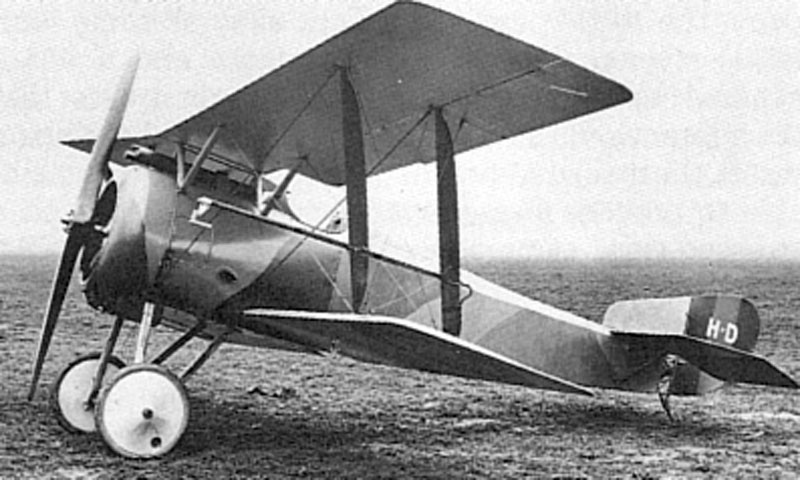 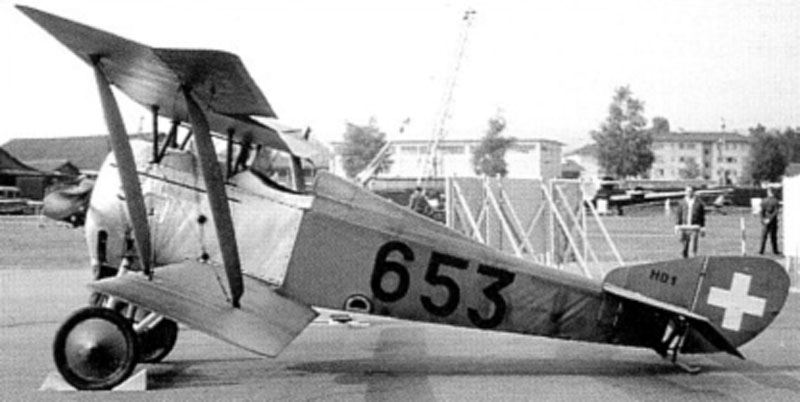 Left side view of a Swiss Hanriot HD.1 fighter at rest
❮ ❯

The French Air Service rejected the Hanriot HD.1 but it did see service primarily with Belgian and Italian forces in World War 1.

Despite its French origins, the Hanriot HD.1 biplane fighter saw extensive service with the Belgian and Italian air services in World War 1. The French government passed on the original Pierre Dupont design in favor of another and this left the Hanriot product available for the desperate Belgians and Italians who quickly put the aircraft through its paces with excellent results. The Hanriot design proved light at the controls and nimble for its class and made for an excellent gunnery platform that produced such aces as Belgian Willy Coppens. Some 1,200 Hanriot HD.1 aircraft were ultimately produced.

While the Hanriot firm began the 1900s in developing several monoplanes of note, they eventually resorted to the security of license-production aircraft by the start of World War 1 (1914-1918). Most notably, the firm was charged with production of the Sopwith 1 1/2 Strutter, a two-seat multi-role biplane for the British and French air services that would ultimately see production totals of nearly 6,000 beginning in April of 1916. However, before Hanriot closed its creative offices, it managed to produce the impressive Hanriot HD.1 model of 1916 and offered it for use to the French Air Service. However, the French were sold on the capabilities of the SPAD S.VII, appearing in May of 1916, and rejected the HD.1. Instead, the HD.1 found takers in the willing Belgian and Italian air services - who accepted the type in June of 1916.

Design of the HD.1 was conventional and bore some resemblance to the Sopwith 1 1/2 Strutter of which Hanriot had experience in constructing. The airframe was light in design yet wholly sturdy and sported clean lines, a circular front-end mounting the engine, and a slab-sided fuselage. Wings were biplane assemblies of unequal span and fitted with parallel struts. The upper span was wider in measure and sported noticeable dihedral while the lower span was shortened and straight in design. The engine was mounted in a forward compartment encased in metal and fitted a relatively average Le Rhone 9J rotary engine of 110 horsepower. The engine powered a large, two-bladed wooden propeller. The undercarriage was fixed in place and dominated by two single-wheeled main landing gear legs supplemented by a basic wooden tail skid at the rear. The fuselage tapered off into the empennage which was capped with a rounded vertical tail fin and angular horizontal planes. Primary armament was 1 x 7.7mm Vickers aerial machine gun though a second could be fitted at the expense of added weight and, thusly, lowered performance specifications. Both were seated directly ahead of the pilot's position within easy reach in the event of a jam. The machine guns were tied to the propeller via an interrupter gear which allowed for synchronized firing through the spinning blades.

As Belgium lacked much in the way of a permanent military aircraft industry, they oft-received many designs that superpowers Britain and France rejected or discontinued. A such, the Belgium Air Service (Aviation Militaire Belge) found itself in ownership of the new and wholly modern HD.1s in some number and proved the design sound and competent enough when fielded against the Germans. The type proved so effective, in fact, that HD.1s survived in their frontline role for the rest of the war - producing the nation's top scoring ace in Willy Coppens(37 kills). Coppens also represented the top scoring ace for all HD.1s in service during the war.
Advertisements

The Italians similarly received their Hanriot HD.1s and, like the Belgians, scored well against the opposition when utilizing the aircraft as a primary frontline mount. Some 16 of the 18 available Italian fighter squadrons of the Corpo Aeronautico Militaire were composed of HD.1s by November of 1918 - the war's final month. The Italians favored the HD.1 over the Nieuport and SPADs then available and took to license-production of the French aircraft through the firm of Nieuport-Macchi out of Varese, Italy. Some 831 examples of the 1,200 total available were HD.1s produced in Italian factories which showcased its value to the Italian Air Service.

In practice the Hanriot HD.1 gave a proper account of itself. The type stocked no fewer than three Belgian squadrons (9th, 10th and 11th Escadrilles). HD.1s were used in all manner of ways including interception, scouting, reconnaissance, balloon-busting and ground attack. The Italians began fielding the aircraft in the summer of 1917 and 100 were initially delivered before localized license production began. The Belgians began operations with the HD-1 in August of 1917 where it quickly became the mount of choice for ace Willy Coppens. Coppens also earned the title of "Balloon Buster" for his ability to destroy flammable enemy observation balloons during the war while flying his blue Hanriot aircraft. The Italians fared quite well for themselves for, on December 26th, 1917, 11 German reconnaissance aircraft were shot down with no loss to the Italians flying their HD.1s.

The French Navy eventually stocked a few HD.1s while the United States Navy also took service of the type but only in the post-war years (as did the Swiss Air Force). Ecuador and Paraguay were the only other notable operators of this fine aircraft but these only amounted to a handful of the hundreds ultimately seeing service. The Belgians held the Hanriot HD.1 in such regard that they kept it a frontline fighting until 1926.

(Showcased performance specifications pertain to the base Hanriot HD.1 production variant. Compare this aircraft entry against any other in our database. View aircraft by powerplant type)
1 OR 2 x 7.7mm (0.303 caliber) Vickers machine gun(s) in fixed, forward-firing position.

Values are derrived from a variety of categories related to the design, overall function, and historical influence of this aircraft in aviation history.
Overall Rating
The overall rating takes into account over 60 individual factors related to this aircraft entry.
66
Rating is out of a possible 100 points.
Relative Maximum Speed
Hi: 120mph
Lo: 60mph
This entry's maximum listed speed (114mph).