Only two Avro 529 airframes were ever constructed and no production orders were forthcoming.

Authored By: Staff Writer | Last Edited: 02/07/2022 | Content ©www.MilitaryFactory.com | The following text is exclusive to this site. 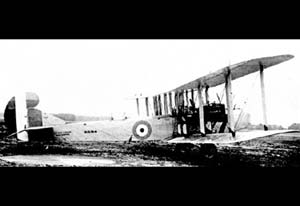 The Avro 529 followed closely in line with Avro's preceding bomber attempt - the 523. Both were designed as large bomber types with three-seat placement, two engines and a biplane wing arrangement. Like the 523, the 529 failed to make an impression on British authorities and was not selected for serial production. Instead, just two airframes were completed. First flight was recorded in April of 1917 and the 529 became just the second twin-engine, heavy bomber attempt by Avro. The firm would go on to find fame elsewhere, however, with their 504 trainer in the First World War. This would be followed by the introduction of the fabled Lancaster heavy bomber in World War 2 and the unforgettable Vulcan nuclear bomber during the ensuring Cold War.

The 523 series design appeared in 1916 and was evaluated by the British Admiralty which felt that the aircraft was already an outdated attempt. As such, no production orders were forthcoming and two prototypes were used in later testing. The 529 series was developed as a larger version of the 523 based on interest shown by the Admiralty whom ordered two complete prototypes for evaluation.

The 529 mimicked much of the original 523 design. A pair of engines were set within the unswept biplane wings, each wing featuring parallel struts and three bays. The major difference between the two designs was in the type of engines - the 523 utilized "pusher" types with the propellers facing aft while the 529 made use of conventional pairings with the propellers facing forward in a "puller" arrangement. Wings were set ahead of amidships. The Avro 529 was crewed by three personnel consisting of the pilot and two gunners. The first gunner managed his position at the front of the fuselage with the pilot directly aft of him. The third operator was set in a rear gunnery cockpit between the wing assemblies and the tail section. The undercarriage was wholly fixed with a pair of forward landing wheels under the lower wing assembly and a simplistic tail skid under the empennage. The empennage was conventional featuring a pair of horizontal planes and a rounded vertical tail fin.

The Avro 529 was completed in a pair of distinct prototypes. The first was fitted with two Rolls-Royce Falcon engines with the second fitting a pair of BHP engines. The difference in engine fittings necessitated a revised designation for the second aircraft, this to be known as the "529A". Both engines were water-cooled with the Rolls-Royce version outputting at 190 horsepower each and the BHP type rated at 230 horsepower. The 529A was also given different lighter wings that were over a foot in span greater though of smaller overall surface area when compared to the 529. The 529A also featured a rather novel prone bombardier's position over the more traditional seated arrangement in the 529. The BHP engines were fitted atop the lower wing assembly as opposed to a mid-wing setting with the Rolls-Royce engines. The BHP powerplants were also housed in cowled nacelles unlike the open-air treatment of the Rolls-Royce types.

With the Rolls-Royce water-cooled, inline piston engines, the Avro 529 featured a top speed of 95 miles per hour and a service ceiling up to 13,500 feet. Take-off weight was listed at 6,314lbs with an empty weight of 4,740lbs. Wingspan measured in at 63 feet with a fuselage length of 40 feet, 8 inches and a height to the top wing assembly of exactly 13 feet.

With the BHP water-cooled, inline piston engines, the Avro 529A featured a top speed of 116 miles per hour and a service ceiling up to 17,500 feet. Take-off weight was listed at 7,135lbs with an empty weight of 4,361lbs. Wingspan measured in at 64 feet, 1 inch with a fuselage length of 39 feet, 8 inches and a height to the top wing assembly of exactly 13 feet.

Standard armament for both prototypes centered around a pair of 7.7mm Lewis machine guns, one fitted in a forward cockpit and the other held aft in a rear-set cockpit. Both guns were on flexible mounts (Scarff rings) allowing the gunners to train onto targets. Up to 20 x 50lb bombs could be carried in an internal bomb bay found between the wings.

Neither prototype impressed British authorities enough to enter serial production, even though the 529A exhibited better performance than that of the original 529 prototype. Speed was improved in this prototype as was its operational ceiling and rate-of-climb. Regardless, the type was still outdone by contemporaries of the time and forgotten to history.©MilitaryFactory.com
Note: The above text is EXCLUSIVE to the site www.MilitaryFactory.com. It is the product of many hours of research and work made possible with the help of contributors, veterans, insiders, and topic specialists. If you happen upon this text anywhere else on the internet or in print, please let us know at MilitaryFactory AT gmail DOT com so that we may take appropriate action against the offender / offending site and continue to protect this original work.
Advertisements

United Kingdom
(OPERATORS list includes past, present, and future operators when applicable)
✓ Ground Attack (Bombing, Strafing)
Ability to conduct aerial bombing of ground targets by way of (but not limited to) guns, bombs, missiles, rockets, and the like.

Up to 1,000lb of conventional drop ordnance / bombs. 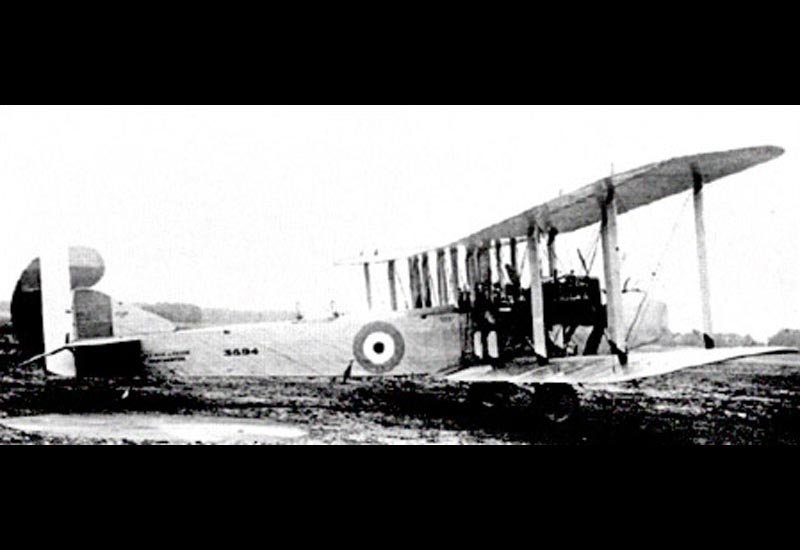