By 1940, the Curtiss SOC Seagull series could be found on just about every American warship in the Pacific - the line fought on until 1945.

Authored By: Staff Writer | Last Edited: 12/07/2017 | Content ©www.MilitaryFactory.com | The following text is exclusive to this site. 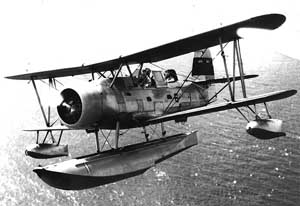 For its short time in the air, which lasted from the mid-1930s into the mid-1940s, the Curtiss SOC "Seagull" served American naval forces as a recoverable scout-minded floatplane. Some 322 of the type were completed (258 of the stock coming from Curtiss factories, the rest from the Naval Aircraft Factory - NAF) and the aircraft saw service throughout the Second World War (1939-1945). It was retired as soon as the conflict ended as its role was overtaken by other systems.

The sole prototype XO3C-1, known to Curtiss as the Model 71, completed its first-flight in April of 1934 and this form was powered by the Pratt & Whitney R-1340-12 air-cooled radial engine. The aircraft carried its powerplant in the nose and this installation drove a two-bladed propeller. A biplane wing arrangement was featured and these were interconnected via N-style struts and cabling reminiscent of the First World War fighters. The crew of two sat in tandem under a greenhouse-style canopy. The tail unit utilized a single vertical fin and mid-mounted horizontal planes.

Two versions of the aircraft were eventually developed - one with floatplane gear for waterborne operation and one with a traditional wheeled undercarriage (tail-dragger arrangement). The floatplane gear involved a large central float under the fuselage with smaller outboard floats held under the lower wing element. In the wheeled form, the main legs were fitted under center mass as usual, complete with aerodynamic spats, and a tail wheel brought up the rear. An arrestor hook could also be installed for carrier-based, flightdeck recoveries.

Service introduction of the SOC (the "Seagull" name was not given until 1941) was had on November 12th, 1935 and these early birds were stationed on USS Marblehead, a USN light cruiser warship. Production ranged into 1938 with the aircraft serving in the reconnaissance and artillery-spotting roles.

Curtiss-Wright was formed by the merger of the Curtiss Aeroplane and Motor Company and Wright Aeronautical - two storied concerns of American aviation, established in 1916 and 1919, respectively. The design of the Seagull was attributed to Alexander Solla.
Advertisements

The USN contracted for 135 of the aircraft in 1933 and this was based around the initial SOC-1 (Model 71A) standard complete with floatation equipment (power was from a Pratt & Whitney R-1340-18 engine). The aircraft had an overall length of 31.4 feet, a wingspan of 36 feet and a height of 14.8 feet. Empty weight was 3,800lb against an MTOW of 5,500lb. Maximum speed reached 165 miles per hour but cruising was typically 135mph or less. Range was out to 675 miles and the listed service ceiling became 15,000 feet. Rate-of-climb reached 915 feet-per-minute.

The follow-up SOC-2 variant (Model 71B) was similar in most respects but featured a wheeled undercarriage for land-based operations. Power was form a Pratt & Whitney R-1340-22 engines. Forty of the SOC-2 models were contracted for.

The XSO2C-1 (Model 71C) was a one-off prototype intended as an improved variant but was not ordered for serial production.

The SOC-3 (Curtiss Model 71E) was based in the SOC-2 but differentiated by its interchangeable undercarriage capability (from land to sea and back as needed). Curtiss managed production of 83 of this form and the NAF followed with 64 of their own. In the latter case the aircraft were designated as SON-1.

The SOC-4 (Model 71F) were three SOC-3 aircraft set aside United States Coast Guard service. These were later passed back into the hands of the USN who reworked the trio into the carrier-capable SOC-3 standard (complete with arrestor gear). They were redesignated SOC-3A as a result.

The SO2C was a one-off developmental model based in the SOC-3 but given a stretched fuselage and carried the Pratt & Whitney R-1340-35 series engine.

The SOC Seagull series was eventually succeeded by the Vought OS2U "Kingfisher" line (detailed elsewhere on this site). The Seagulls were, in turn, relegated to the training role but some were brought back up to fighting standards when the Curtiss SO3C "Seamew (detailed elsewhere on this site), the Seagull's intended replacement, more-or-less failed in its role. Seagulls remained in both first- and second-line roles until the end of the war in 1945 and were retired quickly thereafter.

The United States Marine Corps (USMC) was the other notable operator of the Seagull line.
Advertisements

OPTIONAL:
Up to 650lb of drop stores for light bombing sorties. 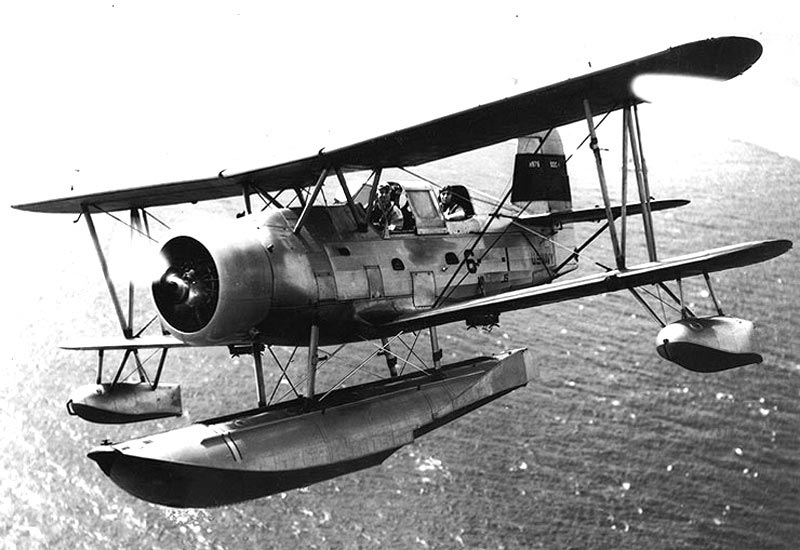 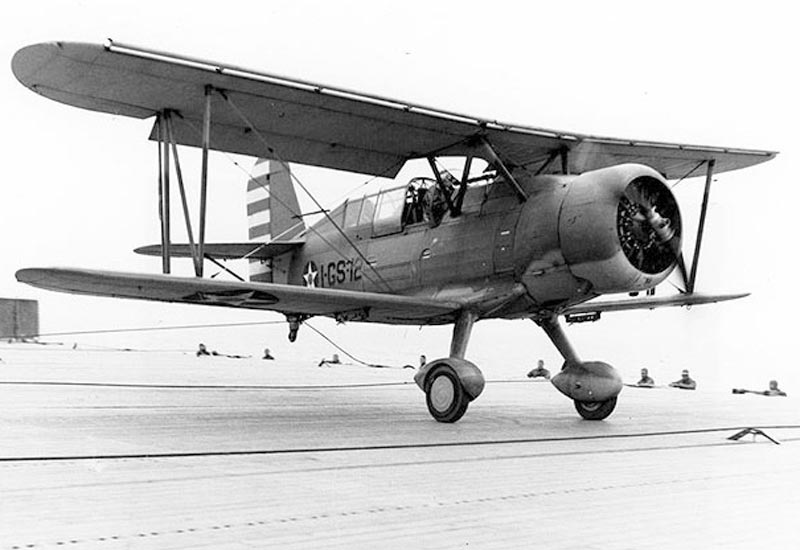