The Junkers Ju 86 served as passenger airliner, reconnaissance platform and bomber during her tenure.

Authored By: Staff Writer | Last Edited: 06/09/2018 | Content ©www.MilitaryFactory.com | The following text is exclusive to this site. 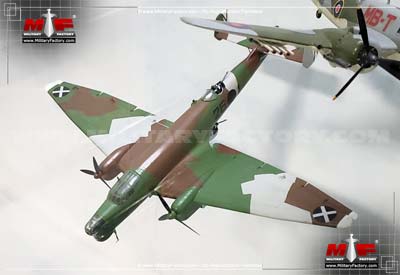 Before the power of the German Luftwaffe was unleashed upon the world in World War 2 (1939-1945) it undertook various secret programs to modernize and strengthen its inventory in the pre-war years. These projects often times took the form of a civilian-minded products though the military intent was buried in the requirements. This proved the case with the Junkers Ju 86, a twin-engined medium-class aircraft that was developed under the guise of a 10-passenger civilian airliner while also evolved along the lines of a medium bomber type.

Work began in 1934 with the civilian model intended to fulfill a requirement for carrier Deutsche Luft Hansa (1926-1945). The military model was to be fulfilled by way of competition between rivals Junkers and Heinkel - the former producing their lesser-known Ju 86 while delivered its classic He 111 series (detailed elsewhere on this site). While both were adopted for military service, the He 111 went on to have a fuller wartime career with the Luftwaffe (and others). The companies were contracted to produce five total prototypes apiece.

Junkers engineers adopted a smooth, all-metal skinned design with low-set monoplane wings. The wing were moved ahead of midships with the flight deck set in a stepped arrangement behind and above a heavily glazed nose section. The fuselage became a long, tapered body housing the various systems required - including the bomb bay which held its war load vertically. The tail unit consisted of a split vertical fin arrangement common to many large aircraft of the period. A "tail-dragger", all-wheeled undercarriage was used with only the main legs being made retractable. The engines were held in nacelles mounted along the wing leading edges. Power was to come from a pair of Junkers Jumo 204 series diesel-fueled engines - the diesel approach intended to provide the aircraft with good fuel efficiency.

Standardized armament for military forms would be 3 x 7.92mm MG15 machine guns - one fitted to the nose, the other in a dorsal mounting and the last in a ventral gondola position. The bomb load would total 2,200 lb of internally-held stores.

The diesel engines were not ready in time for the first military-minded form (Ju 86 ab1) so it was outfitted with Siemens radial engines and this product marked a first flight on November 4th, 1934. Then followed another military prototype (Ju 86 cb) in January and it was in April that the initial civilian-minded prototype (Ju 86 V4) arrived - the bomb bay replaced by a passenger cabin. Ju 86 Ba1 was a military transport prototype and Ju 86 V5 became another prototype form - this serving as the basis for the Ju 86A production models.

By this time serial manufacture was underway and led by the Ju 86A-0 which numbered thirteen pre-series aircraft. Ju 86A-1 was the initial bomber in service and Ju 86B-0 marked seven pre-series aircraft for the transport role and these became the Ju 86C-1 in service for Luft Hansa, carrying Junkers Jumo 205C diesel engines. Ju 86D-1 was the bomber variant and introduced a revised tail cone for improved stability. The Ju 86E-1, another bomber product, was outfitted with a pair of BMW 132F radial engines. Ju 86E-2 followed with 2 x BMW 132N radials.

Ju 86G-1 was given a rounded, glazed nose and Ju 86E-2 was its evolution with uprated engines. Ju 86K-1 were export models shipped to South Africa and Sweden while Ju 86K-2 was sent to Hungary. Sweden also received the Ju 86K-4 which were based on the K-1 but carried a pair of British Bristol "Pegasus III" radial engines. Sweden took to local production of the Ju 86K-5 and made it into a bomber outfitted with Pegasus XII radial engines. Ju 86 K-6 served both Chile and Portugal and Ju 86K-7 was sent to Austria with BMW 132 radial engines. Ju 86K-13 was another local Swedish bomber product with Pegasus engines.
Advertisements

Ju 86P-1 was made into a high-altitude bomber and given Junkers Jumo 207 turbocharged diesel engines for the role. Ju 86P-2 became a dedicated photographic reconnaissance platform retaining its bomber capability and powered by the same Jumo 207 diesels. Ju 86R-1 was a reconnaissance platform with Jumo 207 engines as well and R-2 was evolved into a bomber form. Ju 86R-3 was given Jumkers Jumo 208 series engines. Ju 86Z served as a civilian export model.

The Ju 86R, with its Jumo 207B-3/V diesel engines of 1,000 horsepower each, featured a standard crew of two and a Maximum Take-Off Weight (MTOW) nearing 25,500 pounds. Maximum speed was 260 miles per hour with a range out to 980 miles and a service ceiling up to 42,650 feet. Rate-of-climb became 900 feet-per-minute. Weapons included three defensive-minded MG15 machine guns and a bomb load up to 2,200 pounds.

At least three Ju 86 variants were proposed but fell to naught - this included the Ju 186, Ju 286 and the K85. The Ju 186 was to become a four-engined product to serve in the high-altitude bomber role. Ju 286 was similar in role but was to carry six total engines. K85 was a Swedish Air Force model to be used as a torpedo bomber.

Like other German military products appearing prior to World War 2, the Ju 86 was delivered for practical wartime service in the Spanish Civil War (1936-1939). The war was between the fascist Nationalists primarily backed by the Germans and Italians and the government-led Republicans backed primarily by the Soviet Union. This battleground allowed the Luftwaffe a test arena of sorts and both aircraft and tanks were trialled in due time (as was doctrine like the "blitzkrieg"). First use was of Ju 86 aircraft came after February of 1937 and at least two were lost in service with the Germans, the remaining stock of three aircraft eventually handed over to the Nationalist forces. The war ended as a decisive Nationalist victory after two-plus years of bloody fighting.

Despite its growing obsolescence, the Ju 86 line soldiered on and was on hand for the German invasion of neighboring Poland for the September 1939 campaign. They lasted only a few months more as frontline contributors, given up for good at the beginning of 1940. Modified, higher flying forms (the P-1 and P-2) were introduced after this and managed a serviceable wartime career into mid-1942. However by this time their capabilities were fully realized and there was little hope in continuing the line beyond 1943.

The South Africans updated their Ju 86s (mostly Ju 86Z models, one Ju 86K out of the eighteen on hand) for war and these served as well as they could in the North African Campaign as bombers. They were eventually superseded by more modern offerings by late-1942. Imperial Japan relied on several Ju 86s for general supply transport, VIP transport and special mission service. Some found their way into the inventory of Manchukuo National Airways before the end. Sweden held both military and civilian versions for their part but remained neutral during the conflict.
Advertisements

OPTIONAL:
Up to 2,200 lb of bombs held internally.

General Assessment
Firepower
Performance
Survivability
Versatility
Impact
Values are derrived from a variety of categories related to the design, overall function, and historical influence of this aircraft in aviation history.
Overall Rating
The overall rating takes into account over 60 individual factors related to this aircraft entry.
32
Rating is out of a possible 100 points.
Relative Maximum Speed
Hi: 300mph
Lo: 150mph
This entry's maximum listed speed (261mph). 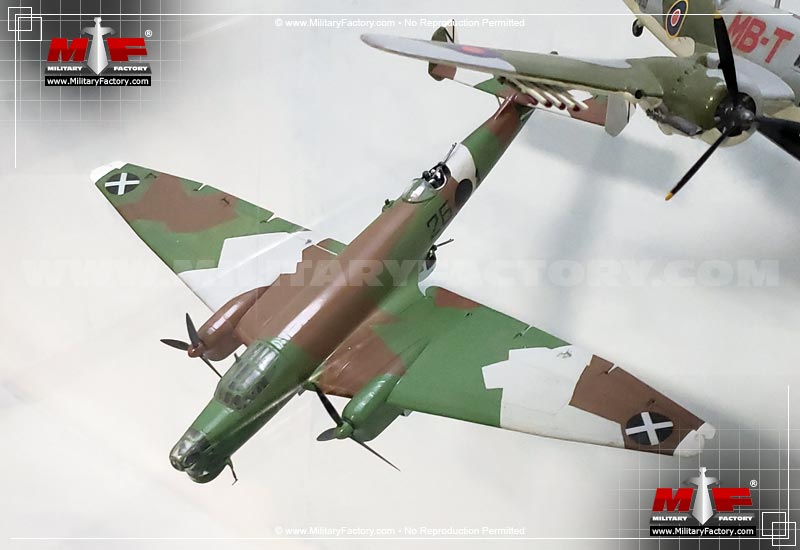 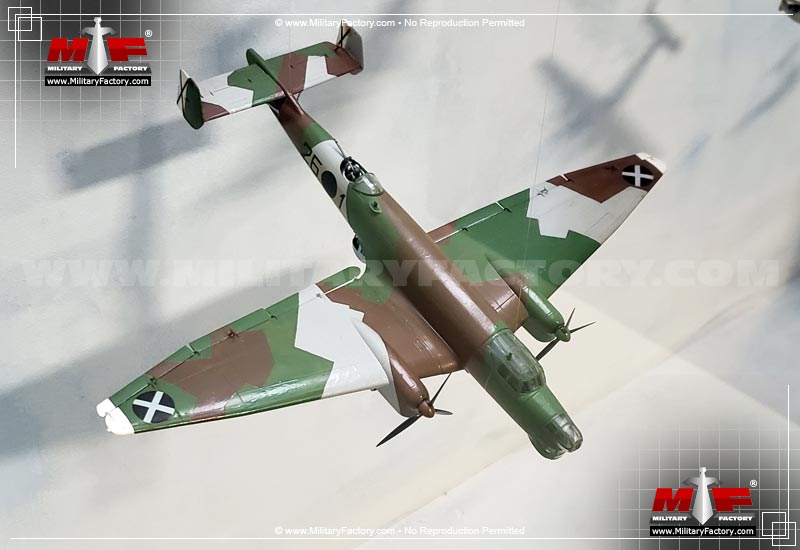 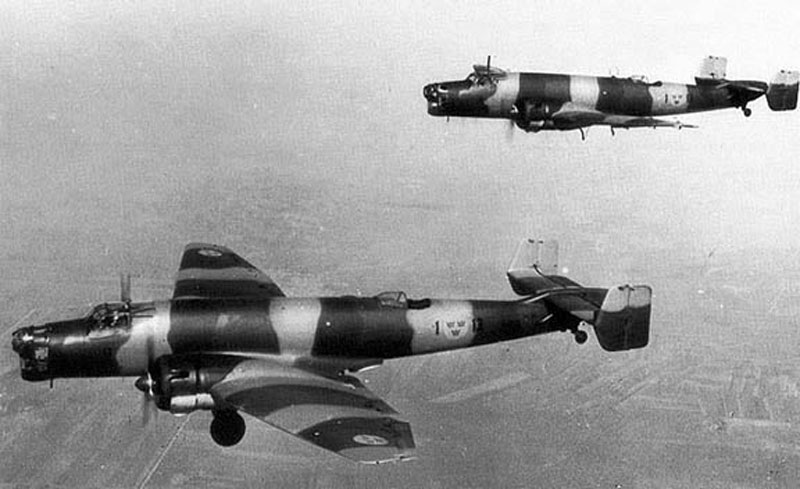 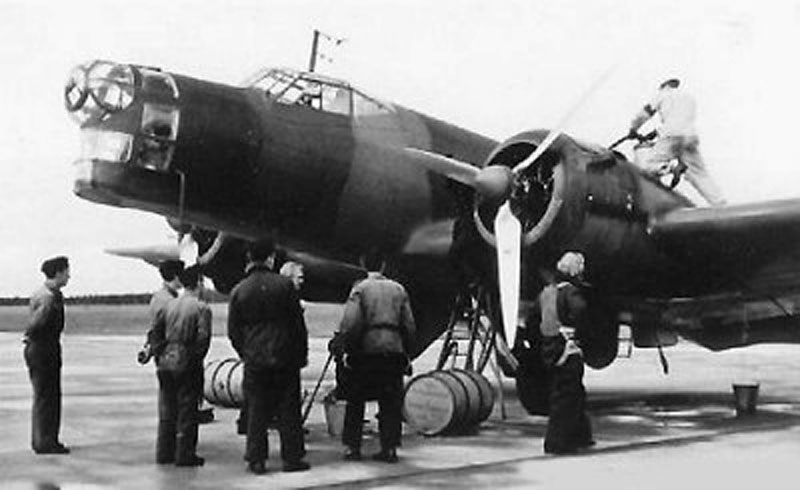 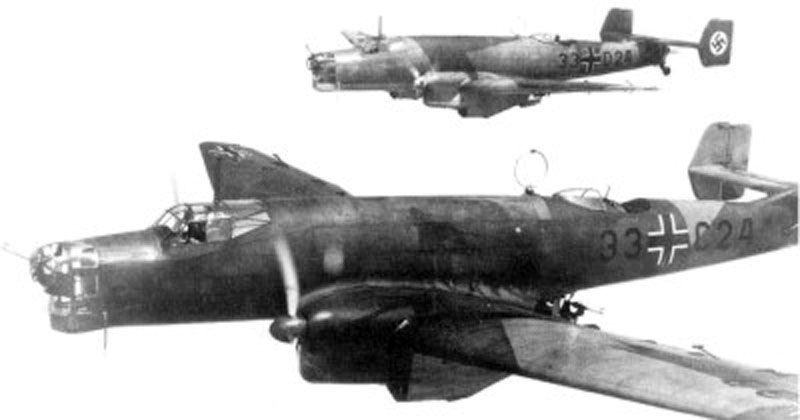 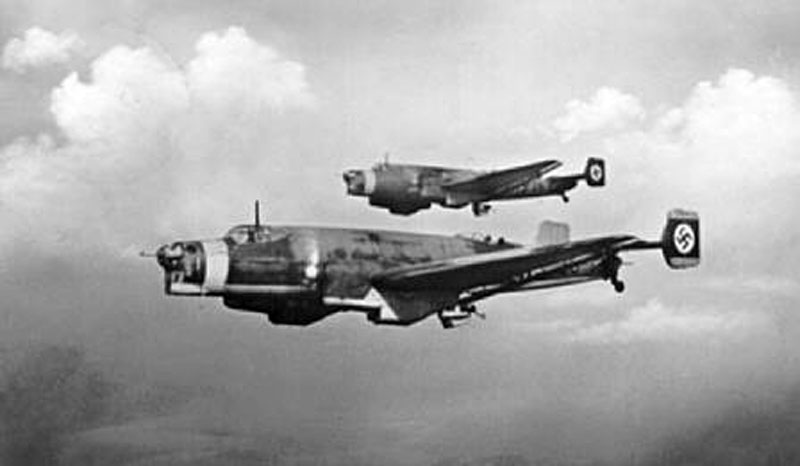