The Polikarpov Po-2 represents the most-produced biplane of all time.

Authored By: Staff Writer | Last Edited: 03/14/2018 | Content ©www.MilitaryFactory.com | The following text is exclusive to this site. 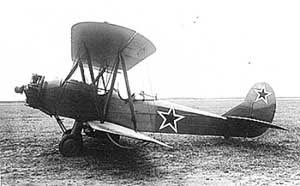 Few aircraft of aviation history can manage to secure the two primary qualifiers recognized for a design's success - 1) a long-term (typically decades long) service tenure and 2) a high production count / total. The Soviet-era Polikarpov Po-2 managed just that with a career beginning in 1929 and continuing into the late-1970s. Production, spanning from 1928 until 1952, yielded between 20,000 and 40,000 total aircraft units (sources are unsure). With such a reach, the Po-2 went on to have a healthy and long service career undertaking a variety of roles - this versatility garnering it the NATO codename of "Mule". To the Soviets it was known simply as "Kukuruznik", translating to "maize duster" or "crop duster".

The Po-2 was completed in a traditional two-seat biplane-winged arrangement. The personnel sat in line, in open-air cockpits, with the pilot at front and the observer / machine gunner to his rear. The mainplanes were arranged in the typical over-under biplane format featuring N-style struts, applicable support / control surface cabling, and showcasing single bays. The engine was fitted to the nose section in the usual way and drove a two-bladed propeller. The tail unit held a single, rounded vertical fin with low-mounted horizontal planes. The undercarriage was fixed in place, the pilot offered two rubber-tired landing wheels, while the tail unit was supported through a simple skid structure. This gave the Po-2 rather excellent rough-field qualities at a time when more complex and inherently delicate, all-metal monoplane aircraft designs were being built. In addition to that, the Po-2 was noted for its strong Short Take-Off and Landing (STOL) capabilities and held an inherent simplicity about its design.

Polikarpov, eventually to become a storied concern in Soviet-era aviation, set out to develop a homegrown solution to succeed the aging line of British Avro 504 biplanes in service globally since 1913. World War 1 (1914-1918) secured this aircraft's place in aviation history but its time had come and gone by the 1920s so a modern, equally-low-risk replacement was sought. It served primarily in a training role with the newly-minted Soviet Air Force through the "U-2" designation.

A first-flight of a Po-2 form was had on June 24th, 1927 and testing continued into 1928 at which point preproduction aircraft were being finalized. Service entry began in 1929 with the supply originating from Leningrad factories.
Advertisements

The aircraft managed a good existence during the tumultuous interwar period where it served in both military and civilian markets. It was pressed into wartime service with the arrival of World War 2 in September of 1939 and was used in the defense of Odessa during August-October of 1941 - following the German invasion of the Soviet Union (June 1941). By this time, the aircraft was thoroughly equipped to drop light bombs (6 x 110lb drop bombs) and could be used in the ground attack role as necessary. The rear cockpit was typically outfitted with a standard Soviet 7.62mm caliber machine gun for self-defense. Beyond its attack role, the aircraft was a solid reconnaissance platform, night attacker and excellent military-level basic pilot trainer. Because of its slow speed and low-flying attack runs, the Po-2s proved very difficult for enemy fighters to shoot down. The aircraft fulfilled a plethora of roles into the final phase of the war, the eventual Fall of Berlin, which ended the conflict in Europe for good.

Fast-forward several years to the arrival of the Korean War (1950-1953) and Po-2s were still in play, this time for the North Korean Air Force (Korean People's Air Force). Like the Soviets, the North Koreans operated their Po-2 aircraft in daring surprise attack runs at night, often times taking their targets by surprise. Like the Germans in World War 2, the Americans in the Korean Conflict also found the Po-2 a difficult target to bring down owning to its slow-and-low flight regime. During the war, a Po-2 was credited as the only biplane to shoot down a jet, this an American Lockheed F-94 Starfire, which had slowed to just above 100 miles-per-hour. The Po-2 also became the only aircraft downed by a Douglas A-1 Skyraider in the war, this on June 16th, 1953.

Variants of the Po-2 proved plenty beginning with the initial Po-2 mark. U-2 was used to designate two-seat trainer biplanes and this group held a plethora of subvariants all its own. The Po-2 served in the VIP transport role, as an air ambulance, a staff communications platform, aerial photography offering and was even converted to serve on water via floatation gear. Operators ended up ranging from Albania and Bulgaria to Turkey and Yugoslavia. Notable operators included France (the Free French Air Force of World War 2), Nazi Germany (operating captured examples during World War 2) and North Korea.

The basic U-2 trainer mount has an overall length of 26.9 feet, a wingspan of 37.4 feet and a height of 10.1 feet. Empty weight was 1,700lb against an MTOW of 3,000lb. Power was served through a single Shvetsov M-11D series 5-cylinder air-cooled radial piston engine of 125 horsepower. Maximum speed was listed at 95 miles per hour through cruising was closer to 70 mph. Range was out to 400 miles and the aircraft's service ceiling reached 10,000 feet. Rate-of-climb was 545 feet-per-minute.
Advertisements

(Showcased performance specifications pertain to the Polikarpov U-2 (Mule) production variant. Compare this aircraft entry against any other in our database or View aircraft by powerplant type)
OPTIONAL (depending on model):
1 x 7.62mm ShKAS machine gun 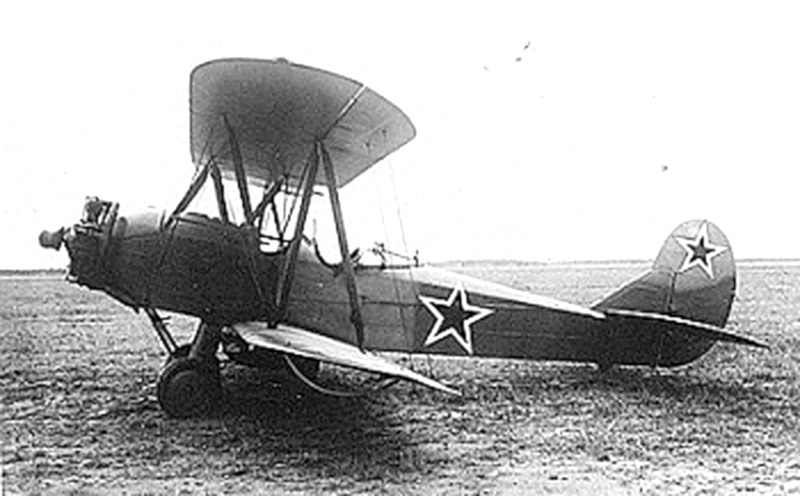