Authored By: Staff Writer | Last Edited: 06/04/2018 | Content ©www.MilitaryFactory.com | The following text is exclusive to this site. 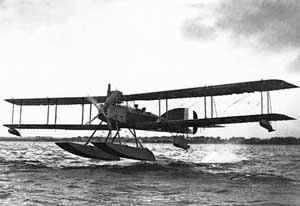 Short Brothers of Northern Ireland, founded in 1908, became a major player in British aero-industry for most of aviation history (it still exists today as Short Brothers PLC under the Bombardier Aerospace parent brand). To fulfill a wartime requirement by the British Naval Air Service (RNAS) for a torpedo-delivery platform, Horace Short designed an all-new waterborne biplane that became the Short "Type 184" in military service (also known as the "Short Model 225").

Early trials with other biplanes dropping torpedo munitions were lackluster, often lacking the power needed for the job, so this forced the RNAS to seek a more defined, purpose-built solution which evolved into a formal requirement during September of 1914. Short Brothers managed to secure a two-prototype contract to produce the Type 184 and a prototype went airborne for the first time during 1915.

Due to its expected operating environment, the aircraft was a floatplane designed to operate on water and, rather appropriately, large floats were affixed under the airframe to act as the undercarriage. A conventional over-under, equal-span biplane configuration was used which relied on parallel struts and cabling for reinforcement and these planes were fitted ahead of midships. The upper wing unit sat over and ahead of the open-air cockpit seating one pilot with an observer's positioned added (tandem seating) aft of the pilot. The engine was fitted at the nose in the typical way, driving a four-bladed wooden propeller and the tail unit made slender, incorporating the necessary planes for control and maneuvering. The wing mainplanes had a folding feature about them for better storage and this could be operated by the pilot from the cockpit. The aircraft was outfitted with radio equipment (with a messenger pigeon basket as a fallback communications method). Structural dimensions included an overall length of 40.7 feet, a wingspan of 63.6 feet, and a height of 13.5 feet.

Throughout its life, the Type 184 was outfitted with various powerplants including the Sunbeam "Gurkha" and "Maori" engines of 240 horsepower and 260 horsepower, respectively. There was also the a Renault engine of 240 horsepower used but, on the whole, performance saw a maximum speed of 88.5 miles per hour and a service ceiling up to 9,000 feet. Mission endurance was around 2.75 hours of flight time.

Standard armament was just 1 x .303 Lewis Machine Gun atop a trainable mounting in the rear cockpit and to be operated by the observer. The aircraft was cleared to carry 1 x Torpedo (14" diameter) or up to 520lb of conventional drop stores - in this fashion it could engage both at-sea and on-land targets as needed.

With development of the Type 184 progressing satisfactorily, the RNAS contracted for ten more aircraft. The two initial prototypes were used in operational testing during the war with the pair stationed on HMS Ben-My-Chree (this packet steamer warship detailed elsewhere on this site) from which they were launched against the enemy during the Galipoli Campaign. On August 12th, 1915, one of the prototypes became the first in aviation history to deliver a torpedo against an enemy warship. On August 17th, the series claimed an enemy ship with a torpedo. The Short Type 184 is also notable as being the only aircraft series present during the famous naval Battle of Jutland (a single example made its appearance in the reconnaissance role).
Advertisements

The Type 184 fought across all major fronts for the British during The Great War - ultimately utilized as a torpedo bomber, submarine hunter, observation platform, light bomber, and the like - and managed to see active service through to the end of the conflict; quite a feat for a combat warplane with origins back in 1915. Before its manufacturing run came to an end, production would reach 936 units and this total completed by no fewer than ten British aero-industry contributors. A land-based version of the Type 184 existed, this as the "Short Bomber" of 1916, and operated by both the Royal Flying Corps (RFC) as well as the RNAS.

The final Type 184 was retired from British service in 1920 and all were out of circulation by the beginning of 1923. Some went on to see continued service lives in the civilian marketplace during the post-war years. Foreign operators relied on the type into the early 1930s.

Beyond British operation of the Type 184 series, other supporters included the Royal Canadian Naval Air Service (RCNAS), the Chilean Air Force and Navy services (operated until 1933), the Estonian Air Force (operated until 1933), the French and Greek navies, and the Dutch Naval Aviation Service. The Imperial Japanese Navy (IJN) acquired a single example for testing and operated this unit as the "Short Reconnaissance Seaplane".

Some other notable variants of the series were the "Type D", a modification of the base design to operate as a single-seat bomber (carrying 9 x 65lb drop bombs), the "Dover Type 184", a modified floatplane operated by Dover Patrol out of Cherbourg and Newhaven, and the "Short Cut", a one-off unit with unequal span wings, revised tailplanes, and wingtip floats for the purposes of extracting more speed from the design.
Advertisements

(Showcased performance specifications pertain to the Short Type 184 (Improved) production variant. Compare this aircraft entry against any other in our database or View aircraft by powerplant type)
STANDARD:
1 x 7.7mm (0.303 caliber) Lewis machine gun on trainable mount in rear cockpit.

General Assessment
Firepower
Performance
Survivability
Versatility
Impact
Values are derrived from a variety of categories related to the design, overall function, and historical influence of this aircraft in aviation history.
Overall Rating
The overall rating takes into account over 60 individual factors related to this aircraft entry.
38
Rating is out of a possible 100 points.
Relative Maximum Speed
Hi: 100mph
Lo: 50mph
This entry's maximum listed speed (88mph). 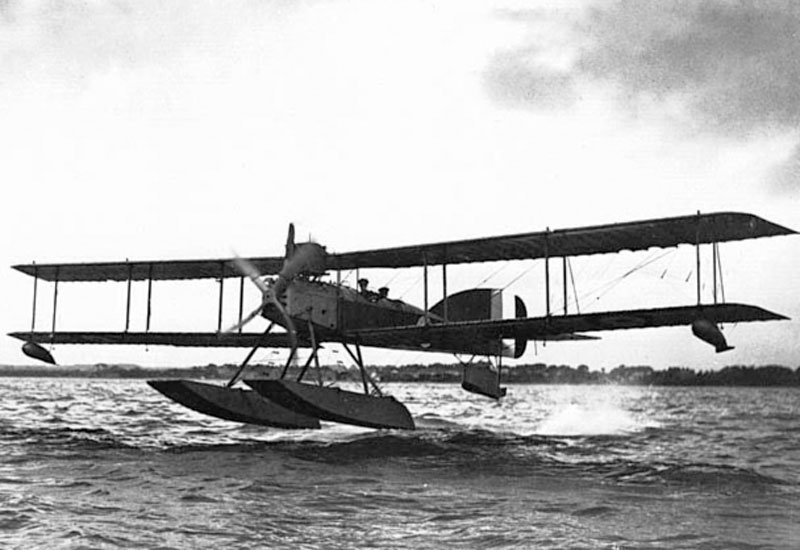