The Hansa-Brandenburg W.12 was intended to repair the failings inherent in the previous KDW series with the addition of a rear gunner. 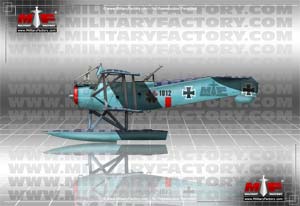 The Hansa-Brandenburg W.12 was a two-seat floatplane fighter seaplane design serving the German Empire through the final years of World War 1. The type first flew in early 1917 and entered service shortly thereafter, intending to improve on the base weaknesses of the previous KDW floatplane. Amazingly, the design withstood the test of time and saw future service with the Dutch Naval Air Service up until 1933 before being retired. Some 181 total examples were produced during the aircraft's tenure.

The W.12 maintained its origins in the Hansa-Brandenburg KDW floatplane fighter appearing in 1916. The type was also a design of Ernst Heinkel (his Heinkel firm to became well known in the upcoming World War 2) and some 60 examples were built in all. The KDW itself was a modified conversion form of the land-based Hansa-Brandenburg D.I. One of the major deficiencies in the KDW design lay in defense of the rear quarters. For this, Heinkel took reworked his design and implemented a rear cockpit for an observer machine gunner to help defend the airframe from enemy attacks emerging from the rear. While this gunner operated his machine gun along a trainable mount, special attention was given to provide for a better field of fire as well. This led to the relocation of the vertical tail fin from its dorsal placement to a ventral placement, giving the W.12 a wholly definitive and highly identifiable appearance while - at the same time - providing the rear gunner with an unfettered view of the action to his front and sides. After trials and evaluation, the W.12 entered service with the German Kaiserliche Marine in the middle of 1917.

The W.12 took on a most unique appearance when viewed from most any angle. The fuselage was rather slab-sided with large-area coverings across her internal structure. The engine was fitted at the extreme forward end of the fuselage with a noticeable exhaust stack protruding from atop the engine mount. The pilot sat directly behind the ending compartment with the observer/gunner to his immediate rear in a circular cockpit. Hand grips and steps were afforded the crew for entering/exiting the tall aircraft. The empennage was slightly raised and ended with a downturned vertical tail fin. Stabilizers were mounted at the absolute top edges of the fuselage rear. The fuselage itself was attached (by way of struts) to a pair of floats for the required sea duty (landings and take-offs could be accomplished with no limitations on runway length when on the open sea). Wings were of a biplane arrangement, braced by parallel struts and applicable cabling. Key to the structure of the wings was its durable construction which allowed Heinkel the ability to rely less on the bracing wires found on most contemporary biplane designs. Basic construction was of wood covered over in fabric.
Advertisements

Power for the W.12 was derived from a single Mercedes D.III series 6-cylinder inline piston engine delivering 160 horsepower. This provided for a maximum speed of 99 miles per hour with a service ceiling of 16,405 feet and a range of 3 hours and 30 minutes. When empty, the W.12 fielded a weight of 2,198kbs and a total of 3,206lbs when fully loaded. She maintained a wingspan of 36 feet, 9 inches with a height of 10 feet, 10 inches and a running length equal to 31 feet, 6 inches.

Standard armament centered around a combination of offensive and defensive machine guns. The pilot had access to LMG 08/15 series 7.92mm aircraft machine guns in a single or double arrangement. These were fixed, forward-firing systems operating through the spinning propeller by way of an interrupter gear (a key wartime development of Germany so the pilot would not shoot his own prop off). The rear observer/machine gunner had charge of a single (trainable) Parabellum MG14 series machine gun fitted to his cockpit ring. Combined, this arrangement gave the W.12 excellent fighter qualities when on the offensive and chasing down enemy targets while at the same time providing the crew a defensive measure from the rear.

The Dutch Take a Peek

The Netherlands received their first taste of the potential inherent in the German-designed W.12 when, in April of 1918, a single example was forced to make an emergency landing on Dutch territory (the Netherlands was a neutral player in the War at this point). Dutch officials subsequently captured the example and sent the type through an evaluation process to decipher its merits. After the war, the Dutch government purchased a license for local production of the W.12 and this took place under the Van Berkel firm of Rotterdam under the designation of "W-A". The major difference between the Dutch and German models was the use of a Benz engine. Approximately 35 Dutch examples were produced with aircraft service running into 1933.

German Navy W.12 models were known under the designation of "C3MG". The type remained in frontline service until the middle of 1918, to which it was replaced by the larger and more successful Hansa-Brandenburg W.19.

On December 17th, 1917, German Lieutenant Christiansen was credited with downing an English dirigible (the C-27) while flying in his W.12.
Advertisements 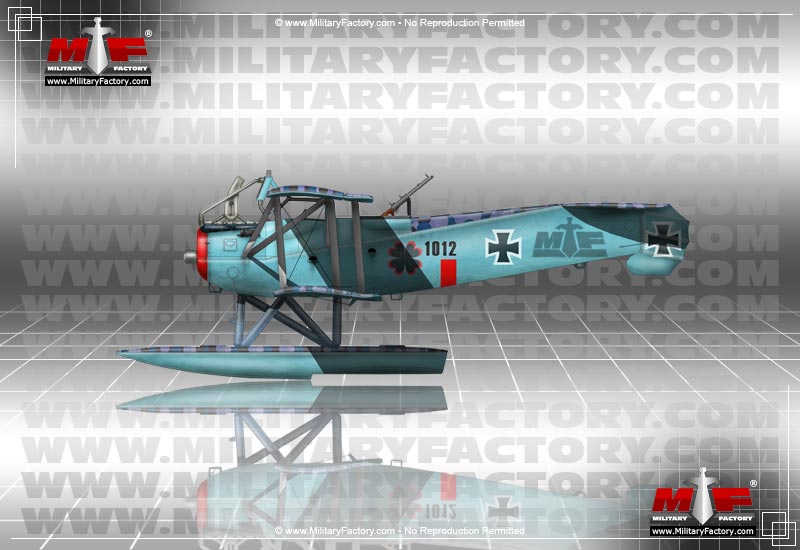 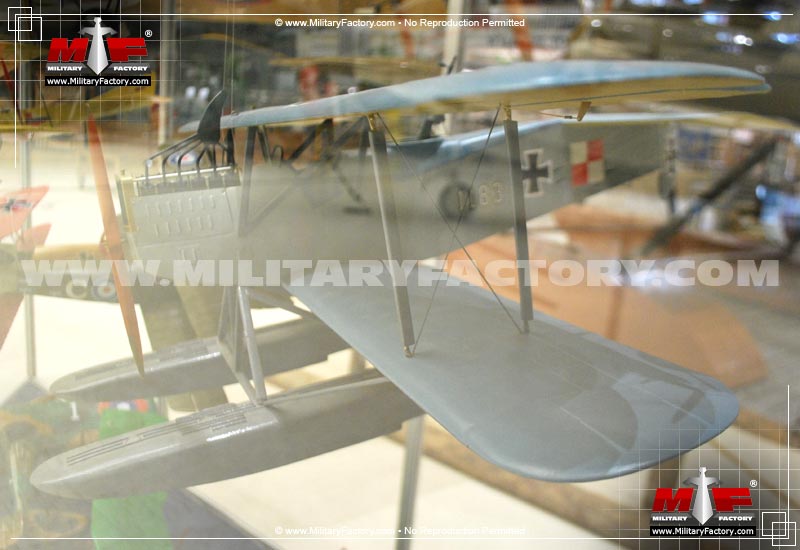 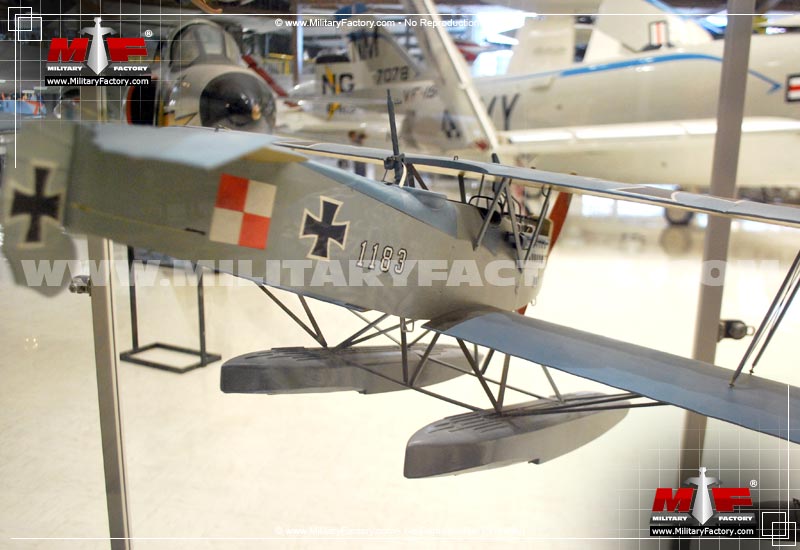