The Myasishchev M-4 / 3M served the Soviet well enough as a maritime patrol bomber, missile carrier and aerial tanker but was never exported to allies or satellite states.

Authored By: Staff Writer | Last Edited: 05/20/2016 | Content ©www.MilitaryFactory.com | The following text is exclusive to this site. 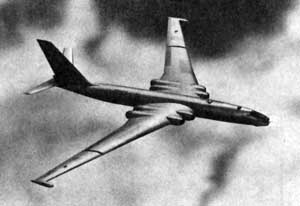 The Myasishchev M-4 (NATO codename of "Bison") was developed to a Soviet Navy requirement for a jet-powered, long-range maritime reconnaissance platform with a secondary strategic bombing role -capable of reaching targets within North American territories. By the end of its service life, the metal-skinned aircraft would see extended service as a dedicated inflight refueler and missile carrier platform. Two prototypes were eventually realized before some 91 production aircraft followed. Since retired by the mid-1990s, the M-4 certainly gave Western observers great pause during the tumultuous years of the Cold War with overstated capabilities being reported as in so many other secretive Soviet-originated systems. However, unlike other Soviet products of the period, the M-4 series was never exported beyond its home borders to allies or satellite states and none were ever utilized in combat actions.

The short-lived Myasishchev concern was established in 1951 by Vladimir Myasishchev for the purposed of the M-4 strategic bomber program. The firm went on to add several other designs and concepts throughout its active years, most notably producing the supersonic, four-engined M-50 "Bounder" series of 1959 of which only two ever existed. The M-55 high-altitude reconnaissance and research aircraft was another interesting addition that mimicked the scope of the American U-2 high-altitude reconnaissance platform, essentially becoming the definitive Myasishchev product and legacy. The concern operated only until 1960 before it was formally dissolved.

The M-4 was crewed by eight personnel made up of pilots, mission specialists and gunners. Dimensionally, it sported a running length of nearly 155 feet with a wingspan of 165 feet, 7 inches. When at rest, the M-4 stood at 46 feet, 3 inches atop its centerline retractable undercarriage, the drooping wingtip supported by smaller wheeled legs. The design encompassed a sharply-pointed nosecone assembly to which the flight deck was fitted just ahead of the shoulder-mounted wings. The wingroots contained the 4 x Mikulin AM-3A turbojet engines, aspirated along the wing leading edge and exhausting through the trailing edge. The wings themselves were well-swept in accordance to the growing aerodynamic direction encountered throughout the 1950s. The fuselage then trailed into a tapered, raised empennage to which a single, high-reaching vertical tail fin was affixed. This mounted a pair of horizontal tail planes designed to clear the exhaust of the four-engine wing setup. The four-engined configuration allowed for a top speed of 588 miles per hour to be reached. Range was 5,000 miles with a near 3,500 combat radius. The M-4 exhibited a service ceiling of 36,000 feet.

While a bomber by trade, the M-4 was defensed through a network of 9 x 23mm NR-23 cannons (this arrangement could be replaced by 6 x 23mm AM-23 cannons). The cannons were dispersed through dorsal, ventral and tail fuselage barbettes for optimal reaches about the aircraft. The cannon armament was standard and intended solely for defense of the crew and airframe. However, as a strategic bombing platform, the M-4 could field up to 53,000lbs of internal stores - both conventional and nuclear in nature though a typical load of 19,800 was generally utilized. Later M-4 models could make use of Soviet-designed cruise missiles along externally-mounted, underwing hardpoints to broaden the tactical reach of the bomber, particularly in the armed patrol role.

The M-4 was originally born as the Izdeliye ("Product M") / SDB ("Strategicheskiy Dahl'niy Bombardirovschik") program designation. Initial production aircraft were designated simply as "M-4" and included two prototypes followed by 35 production-quality airframes. These received the NATO reporting designation of "Bison-A". M-4 aircraft were then modified for the air refueling role as the M-4-2 (retaining their NATO designation of Bison-A). The 3M designation was reserved for "improved" M4 models fitted with uprated Dobrynin VD-7 powerplants (becoming the NATO "Bison-B"). The 3M-5 were similarly improved through new Dobrynin VD-7 engines and support for KSR-5 air-to-surface missiles (also Bison-B). The 3MD was a refined cruise missile carrier of 1960 with new search radar functionality and received the NATO reporting name of "Bison-C". The 3ME was a one-off 3M production model with updated avionics and radar (Bison-B). The 3MS-1 was a new generation Bison with a specified bomber role and Mikulin RD-3M or AM-3A series engines (NATO Bison-B). The 3MS-2 was an in-flight refueler platform with Mikulin engines. New engines greeted the 3MN-1 long-range bomber designation as did the 3MN-2. The 3MSR-1 featured base engines with upgraded avionics. Cargo variants were recognized as the VM-T - primarily used to shuttle the Buran space module. The M-6 designation recognized re-engined 3M aircraft (also NATO Bison-A).

M-4 airframes were eventually given up through the various arms limitation treaties emerging throughout the 1980s and advancing missile technologies, leaving very few as existing museum pieces. Both the Soviet Navy and Air Force became operators of the type throughout its service life.©MilitaryFactory.com
Note: The above text is EXCLUSIVE to the site www.MilitaryFactory.com. It is the product of many hours of research and work made possible with the help of contributors, veterans, insiders, and topic specialists. If you happen upon this text anywhere else on the internet or in print, please let us know at MilitaryFactory AT gmail DOT com so that we may take appropriate action against the offender / offending site and continue to protect this original work.
Advertisements

(Showcased performance specifications pertain to the Myasishchev M-4 (Bison) production variant. Compare this aircraft entry against any other in our database or View aircraft by powerplant type)
STANDARD:
9 x 23mm NR-23 cannons OR 6 x 23mm AM-23 cannons across dorsal, ventral and tail emplacements.

Up to 52,910lbs of conventional and nuclear-tipped munitions as needed. 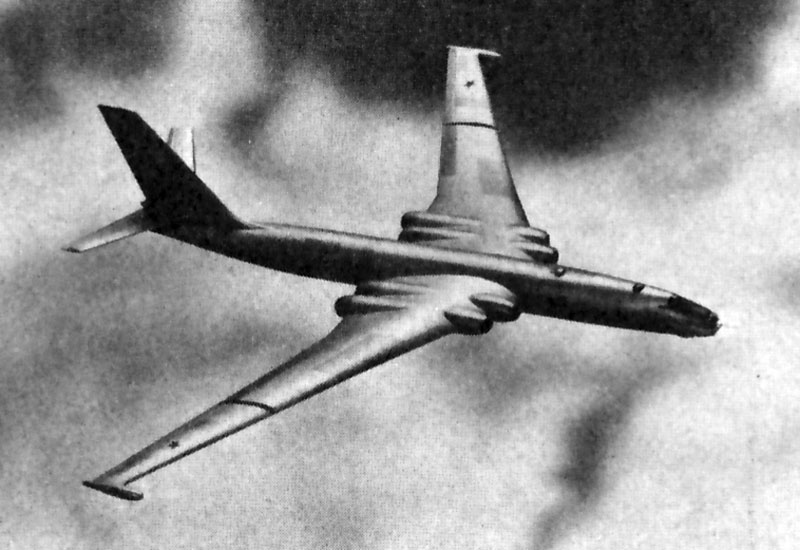 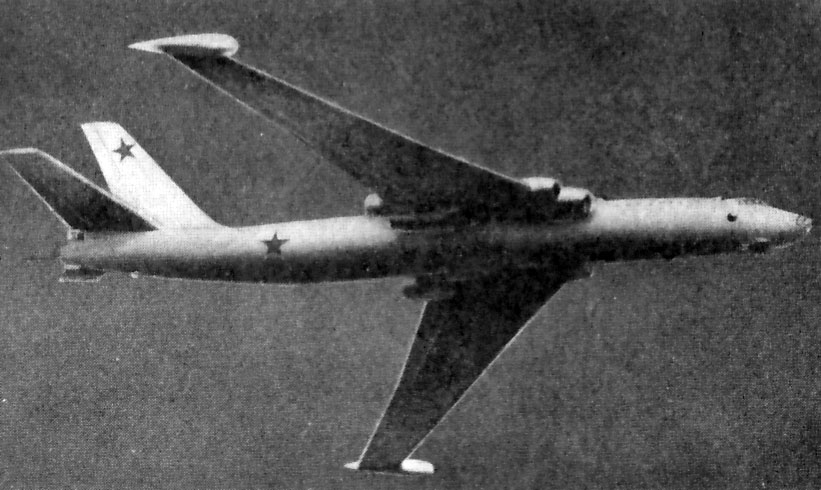 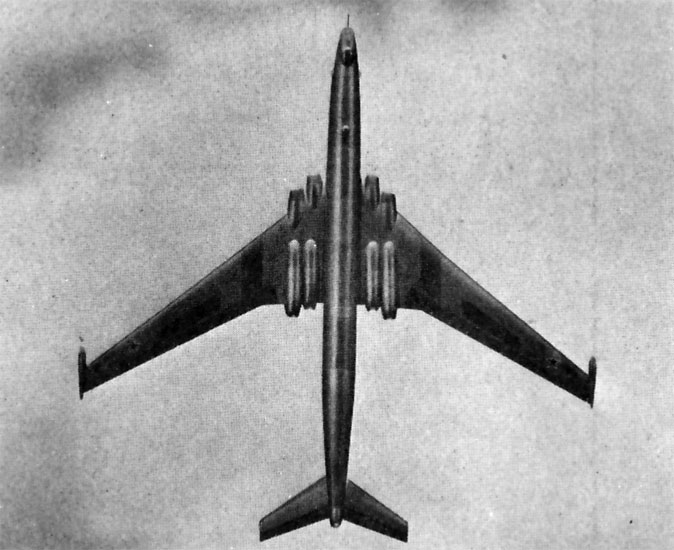