The rugged LeO 25 series of French bombers served during the interwar years and proved completely outmoded by the time of World War 2.

Authored By: Staff Writer | Last Edited: 08/30/2018 | Content ©www.MilitaryFactory.com | The following text is exclusive to this site. 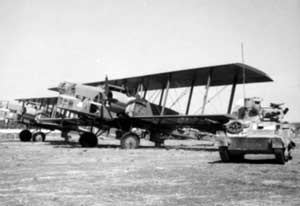 The Liore-et-Olivier was a bomber platform developed by the French for its Air Force and also went on to see service with its navy. Some were exported and the type was seen in both land-based and floatplane forms throughout its career. Introduced during the decade prior to World War 2 (1939-1945), the aircraft managed an existence leading up to the first shots fired. It was pressed into service during the early campaigns but its technology and performance lagged far behind its modern counterparts to warrant the aircraft series a symbol of a previous age of flight. Less than one hundred were ever produced and remaining stocks fell to the Vichy government of France that emerged after the fall of the country to the invading Germans in 1940.

Liore-et-Olivier ("LeO") was a French-based aviation firm that had formed prior to the fighting of World War 1 in 1912. It was founded by Fernand Liore and Henri Olivier and produced various aircraft and types into the interwar period - from the LeO H.13 of 1922 to the LeO 45 of 1938. The company was nationalized in 1936, joining CAMS, Potez, Romano, and SPCA to form SNCASE - the "Societe Nationale des Constructions Aeronautiques de Sud-Est". This company soldiered on into post-World War 2 1957.

In 1927, Liore-et-Olivier test-flew its LeO 20 model night-bomber intended to compete for a new French Air Ministry contract and a total of 311 were eventually secured for operational service. A year later, LeO engineers furthered development of this airframe and delivered a prototype outfitted with 2 x Hispano-Suiza 12Hb engines for evaluation to the French Air Force. This aircraft, too, was accepted for service and serial production begat 96 examples (including prototypes).

The aircraft's arrangement was a mix of aviation eras, still retaining open-air cockpits for its pilot and gunners, a biplane wing structure, and a fixed undercarriage. The nose was glazed for observation of the terrain below with a defensive machine gun tub fitted just above. The cockpit was seated ahead of the upper wing assembly with the pilot behind a simple windscreen. The position offered commanding views all about the aircraft. Aft of the wing assemblies was a second dorsal gun tub for protecting the vulnerable sections of the aircraft. The fuselage was deep with slab sides and the tail sported a rectangular vertical fin with low-mounted horizontal planes. The undercarriage retained the same tail-dragger form as seen in the earlier LeO 20 and showcased large, spatted wheels at the main legs and a simple tail skid under the tail. The biplane wing arrangement made use of parallel struts with three bays. Within one of these bays were the engine nacelles seated over the lower wing unit and outboard of the fuselage sides (one engine to a wing). The aircraft's crew numbered four to five personnel and defensive armament was between two to four 7.5mm machine guns. The offensive payload reached up to 1,320lbs of conventional drop ordnance and there proved support for the carrying and releasing of torpedoes for the maritime strike role. First flight of the LeO 25 prototype was in 1928.

To exact better performance from their LeO 25 prototype, there was a switch in 1929 to Hispano-Suiza 12Mbr engines of 575 horsepower each which, through the sole converted LeO 25 airframe, became the "LeO 252". The Romanian Air Force purchased this form in one example. The line then evolved into the "LeO 253" which was largely based on the LeO 252 model and three were produced in all, these seeing service with the Brazilian Air Force. In 1931, the aircraft was modified, yet again, this time with underwing floats instead of wheels for the French Navy to become the "LeO H-254". Two were completed and operated in the reconnaissance-bomber floatplane role. A single airframe was modified for record-setting as the "LeO H-255", outfitted with Hispano-Suiza 12Xbrs supercharged engines intended to claim several altitude/payload records during its tenure aloft. The "LeO H-256" was based on the H-254 model but featured a larger wingspan. Only one was built. The final limited-production variant of note became the sole "LeO 259" that was completed with Hispano-Suiza 12Ydrs engines.
Advertisements

The primary French versions became the "LeO H-257" and "LeO H-258" marks. In the former, the Hispano-Suiza engines were given up for Gnome-Rhone 14Kbrs series powerplants and an enclosed cockpit made the type slightly more modern. This aircraft served as the pre-production form for the "LeO H-257bis" mark to follow. By this time, the engines were upgrade to Gnome-Rhone 14Kirs series engines and the nose gun tub was covered over for some crew comfort and modernization. The understructure of the aircraft was also reinforced for robustness. Some 60 of the type were taken on by the French Air Force. In the latter, the "LeO H-258" - based on the H-257bis - was hurried along though with Hispano-Suiza 12Nbr engines instead. This was to shore up stocks of the bomber until the H-257bis could be had in number. Some 26 of this mark were procured.

LeO 25 series bombers in service with the French Air Force were operated across a single bomber group - the Groupe de Bombardment 11/25. The French Navy operated the type across seven total escadrilles. Beyond their use by Brazil and Romania, the LeO 25 did not enjoy widespread service outside of France but in practice, it proved a serviceable, reliable, and rugged aircraft for its time.

The line did see considerable service in the years leading up to World War 2. They were put on "neutrality patrols" during the regional instability brought about by the Spanish Civil War (1936-1939). Their ability to be rigged for land-based work or sea-based launches/recovery allowed for tactical flexibility in and around French airspace. Bomber group 11/25 was formed within French-held territory in North Africa. Despite its technological obsolescence, its early 1930s introduction ensured that some were on hand during the early battles of World War 2.

The war began on September 1st, 1939 with the German invasion of Poland. After the fall of the Low Countries, the Battle of France began. What LeO 25 airframes still remained serviceable were pressed into combat roles for which they eventually proved ill-suited for. Early sorties revolved around maritime patrolling of French waters and these graduated to land bombing of advancing German forces. However, the aircraft's size and speed made for easy targets in the modern war and the series did not fare well in the ensuing sorties. France eventually fell to the invading Germans and would have to suffer both the humiliation and viciousness of defeat to its long-time enemy for years, even decades after formal fighting had ended.

At least 50 of the LeO 25s were still in flyable condition after the French surrender and this batch now fell to the Axis-aligned Vichy government. With their best flying days behind them, however, the line was withheld from any further serious battlefield work and relegated to training instead. The last airframes were given up for good in 1944.
Advertisements

(Showcased performance specifications pertain to the Liore-et-Olivier LeO H-257bis production variant. Compare this aircraft entry against any other in our database or View aircraft by powerplant type)
STANDARD:
2 OR 4 x 7.5mm Darne machine guns 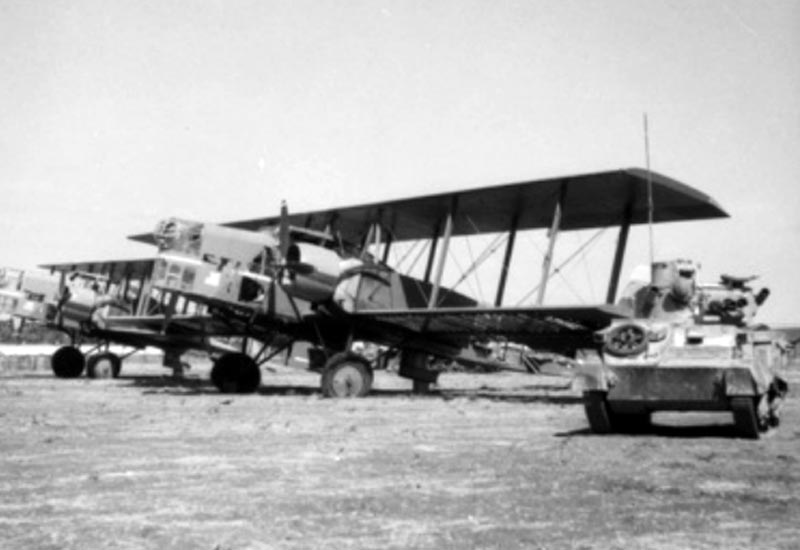