The Messerschmitt Me 209-II was designed as a possible replacement for the hugely popular Messerschmitt Bf 109 fighter series of the German Luftwaffe during World War 2.

Authored By: Dan Alex | Last Edited: 06/23/2019 | Content ©www.MilitaryFactory.com | The following text is exclusive to this site. 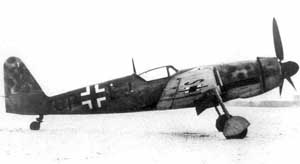 The Messerschmitt Me 209-II was a proposed successor to the far-reaching Messerschmitt Bf 109 fighter. The Bf 109 was the standard German Luftwaffe fighter of World War 2 and developed quite a reputation during the conflict, lasting from beginning to end and appearing in multiple variants numbering some 33,000 production examples in whole. Much thought was given to making the new Me 209-II compatible with the existing BF 109 airframes, leading perhaps to some potential benefits during production and in-the-field fixes. As fate would have it, the Me 209-II suffered through its development process and the end-product was no better than the available fighter systems already in circulation. In all, only four Me 209-II prototypes were known to have been constructed before project's end.

A Note About the Me 209 Designation

While the "Me 209" designation was used before to cover the high-performance race plane series of 1938, the designation was also used for Messerschmitt's fighter prototype intended to replace the BF 109 and is oft-noted by a "II" or "2" to signify this difference. The two aircraft have little relation to one another except in manufacturer. The original Me 209 racer was not modified for combat nor was there thought to such action while the Me 209-II was very much a fighter thoroughbred at heart.

Messerschmitt had stuck gold with its all-metal BF 109 fighter series debuting in the Spanish Civil War. The aircraft featured a retractable undercarriage and an enclosed cockpit - quite novel concepts for 1930s fighter design. While the fighter was an excellent system for its time, it was still a design based in past thinking and its limitations during a modern war was beginning to show. Both Messerschmitt and Focke-Wulf looked to supply an answer for the burgeoning RLM (Air Ministry) need. Willy Messerschmitt penciled out a possible successor in his Me 209-II while Focke-Wulf put forth its wide-span Ta 152 and Fw 190D-9 fighter developments. All three combat systems were modified forms of their respective airframe origins to help ease impending production commitments. The Me 209-II borrowed heavily from the BF-109G model while the Fw 109D-9 and Ta 152 were both based on the successful Fw 190 fighter airframe.

The Me 209-II maintained its obvious resemblance to the BF 109, in particular was its retention of the squared-off canopy. An all-new tail section was constructed and commonality of parts with the BF 109 (the BF 109 G-5 to be exact) was approximately 65%. The cockpit was set just forward of fuselage center and there was a raised "spine" obstructing the view to the "six". The engine was held within an elongated forward compartment and powered a three-blade propeller capped by a rounded spinner. The fuselage, as a whole, was a streamlined affair and appeared something akin to a thin flying pencil - though cleanly contoured and tampered off at the extreme aft end. Wings were low-mounted cantilever monoplane assemblies set under and forward of the cockpit floor with slight dihedral (upwards angle). The empennage was conventional, fitting a single vertical tail fin with a rounded top edge and applicable horizontal planes. The wide-track undercarriage was also conventional - giving the name to these sorts of aircraft as "tail draggers" - with single-wheeled main landing gear legs under each wing and a diminutive tail wheel under the empennage. The main legs retracted towards centerline.

While the Daimler-Benz DB 603A inline piston engine was intended to be used in the Me 209-II production form, its limited availability meant that a Junkers Jumo 213A series was also utilized during development. The selection of the Junkers engine led to some redesigning of the forward engine compartment and the applicable cooling system. Armament was much like the Bf 109, a combination of cannon and machine guns. Armament was fitted to the V5 prototype that included a 1 x 30mm MK 108 series cannon firing through the propeller hub and 2 x 13mm MG 131 machine guns in the wing roots. Only the follow-up V6 prototype varied this by replacing the MG 131 systems with a pair of 20mm MG 151/20 cannons. The V5 prototype achieved first flight on November 3rd, 1943, this fitting the Daimler-Benz 603A engine. A later upgrade fitted a Daimler-Benz DB 603G instead. The V6 prototype appeared in December of 1943 with first flight achieved sometime in April of 1944.

The End Draws Near

Despite the promising specifications, the Me 209-II proved no faster than the FW 190D-9. In fact, the Messerschmitt design recorded 31 miles per hour slower than the competing FW 190. To add insult to injury, there was nothing much in the way of handling benefits with the revised BF 109 airframe, working against any thought of furthering the Messerschmitt project in the least. Maximum speed was estimated at 423 miles per hour with a service ceiling equal to 36,000 feet. As such, the Me 209-II was cancelled in 1944 though Messerschmitt would continue its private development under the designation of "Me 109L" for a time. 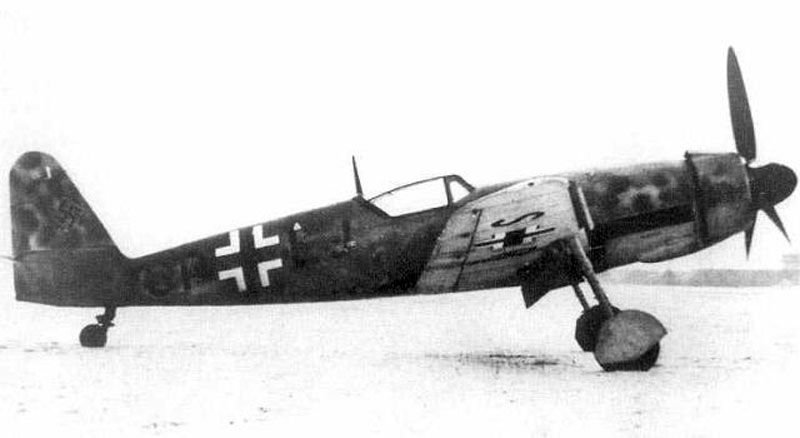 Right side view of a Messerschmitt Me 209-II fighter prototype