The General Atomics Avenger is a first in American UAV design, fitting a powerful jet engine instead of a propeller engine.

Authored By: Staff Writer | Last Edited: 06/30/2021 | Content ©www.MilitaryFactory.com | The following text is exclusive to this site. 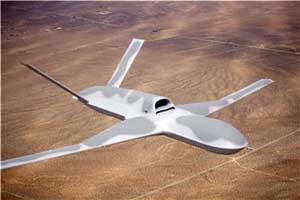 The General Atomics Avenger (formerly marked as the "Predator C") is one of the newer UAV systems to come online with the United States military, showcasing some of the very latest in UAV technology. The system was developed from the MQ-9 Reaper series (formerly "Predator B") which itself was designed from the lessons learned in the MQ-1 Predator ("Predator A") and is billed as a true unmanned "combat" air vehicle, defining her role moreso than previous UAV models. The Avenger is a more potent and lethal version of all previous Predator UAVs and should maintain a long and healthy tenure in service to the American Military should her technology live up to her billing. First flight was completed on April 4th, 2009 and the prime contractor is General Atomics Aeronautical Systems of San Diego, California.

The original Predator A (MQ-1) began life as a reconnaissance platform and was only later modified to carry Hellfire anti-tank missiles. The Predator B (MQ-9 "Reaper") was a second generation predator developed from the beginning to carry weaponry but sported improved performance capabilities. The third generation of Predator (Predator C, "Avenger"), is more in line with the current and upcoming crop of 5th Generation fighters being deployed by the USAF. Working in conjunction, this will put the USAF leaps ahead of any air force in existence. One positive selling point of the new Avenger UAV is its use of existing Predator A and Predator B ground-based infrastructure meaning that the US military would need only to procure the Avenger itself and any new available software to run her as they did with the previous Predator offerings.

What most differentiates the Avenger from previous Predator UAV offerings is its use of a jet-powered engine and her "stealth" qualities. The original and subsequent Predator models both used a "pusher" propeller engine system tied to a combustion engine to achieve adequate performance capabilities and loiter times. The Avenger's use of a single Pratt & Whitney PW545B series engine of 4,800lb thrust now evolves the Predator family line substantially. Her appearance is also more stout and intimidating, a far cry from the fragile stature taken by the earlier MQ-1 and MQ-9 series. Performance specifications include a top speed in excess of 460 miles per hour with an operational ceiling comparable to a military fighter at 60,000 feet. Endurance is listed at 20 hours but this is extendable by way of an optional internal fuel tank taking up space in the bomb bay if need be. The internal fuel tank increases endurance by an additional two hours of flight time.

Externally, the Avenger is of a sleek and ultra-modern design, more akin to perhaps Lockheed's style of designing their new range of stealth aircraft such as the F-22 and F-35. She features the perfect blend of curves coupled with sharp angles to best deflate incoming radar signals meant to track her. The forward portion of the fuselage is devoid of features and appears as a cockpit-less snout. Wings are slightly swept back and fitted along amidships, measuring some 66 feet across. There are no horizontal planes as the Avenger was designed with a "Y" type vertical fin assembly covering the form and function of both vertical and horizontal planes as found on conventional aircraft. There is an identifiable air inlet above the fuselage just behind the center portion of the wings to aspirate the jet engine held within. The engine exhausts at the rear through a diminutive "S" shaped exhaust duct to help reduce its heat signature. The venting is shielded from the ground by a short-running panel extending passed the actual exhaust port..©MilitaryFactory.com
Advertisements

The Avenger is fitted with the General Atomics-developed "Lynx" Synthetic Aperture Radar (SAR) system as well as the AESA Wide-Area Surveillance Sensor. The former is based on the system that will be incorporated into the Lockheed F-35 Lightning II as part of its Electro-Optical Targeting System (EOTS). She is launched and recovered from conventional runways and makes use of a tricycle undercarriage made up of two main landing gear legs and a nose landing gear leg.

The Avenger makes use of an internal bomb bay to help keep its radar signature to a minimum. She has been cleared to carry the AGM-114 Hellfire anti-tank missile system (common to the Hughes AH-64 Apache attack helicopter), the GBU-24 Paveway III laser-guided bomb, the GBU-31 JDAM (Joint Direct Attack Munition) turning conventional drop bombs into guided threats, and GBU-38 Small Diameter Bombs, bombs designed to improve ordnance carrying capabilities of a given aircraft. Payload is limited to 3,000lbs of internal ordnance. Weapons in the internal bay can be substituted with sensor, electronic and radar equipment as needed.

With the listed performance specifications and capabilities, the Avenger could very well prove to be a potent weapon system for the near future - that is until the enemy developed UAV hunters to cancel out any gains of such combat UAVs as the Avenger. Until then, more human-piloted robots will continue to grace the skies of modern battlefields.

To date, pictures of the Avenger have showcased her with a two-tone grey camouflage paint scheme. Of note during testing was the Avenger's use of a tailhook, perhaps meaning that the Avenger will be evaluated for onboard ship launching/recovery or simply indicating that the UAV will rely on the tailhook to shorten her runway landings.

The Avenger is fully-capable of tackling both combat and reconnaissance-oriented missions, limited only by mission role and payload carried.©MilitaryFactory.com
Note: The above text is EXCLUSIVE to the site www.MilitaryFactory.com. It is the product of many hours of research and work made possible with the help of contributors, veterans, insiders, and topic specialists. If you happen upon this text anywhere else on the internet or in print, please let us know at MilitaryFactory AT gmail DOT com so that we may take appropriate action against the offender / offending site and continue to protect this original work.

July 2016 - An improved version of the General Atomics Avenger UCAV is scheduled to fly in September of 2016 for the first time. It features a new wingspan increased by 10 feet.

November 2016 - It was announced that General Atomics has completed a first-flight of the Avenger UAV. New, longer wings have increased its mission endurance window to 20 hours from the original 15 hours.

June 2021 - An MQ-20 Avenger drone has been successfully flown with the USAF's "Skyborg" autonomous flight system.

(Showcased performance specifications pertain to the General Atomics Avenger (Predator C) production variant. Performance specifications showcased above are subject to environmental factors as well as aircraft configuration. Estimates are made when Real Data not available. Compare this aircraft entry against any other in our database or View aircraft by powerplant type)
Ordnance is held in an internal weapons bay and can consist of any of the following munitions:

(Not all ordnance types may be represented in the showcase above)
MQ-20 "Avenger" ("Predator C") - Base Series Designation. 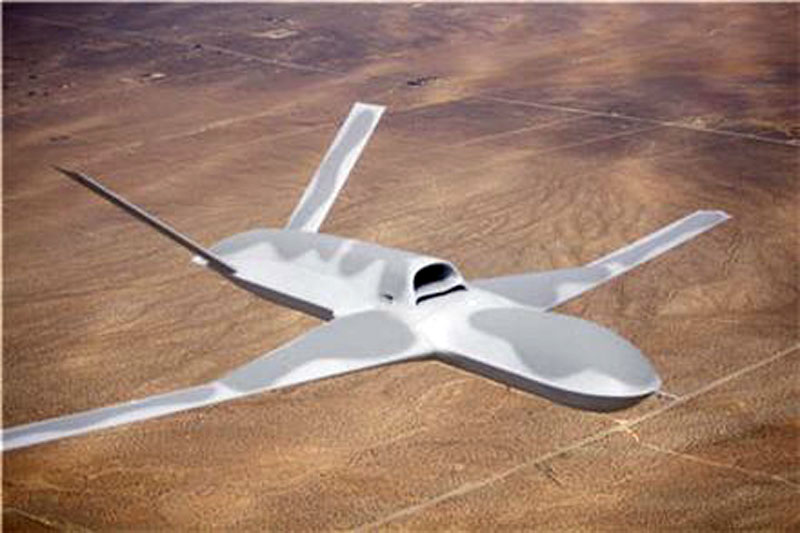 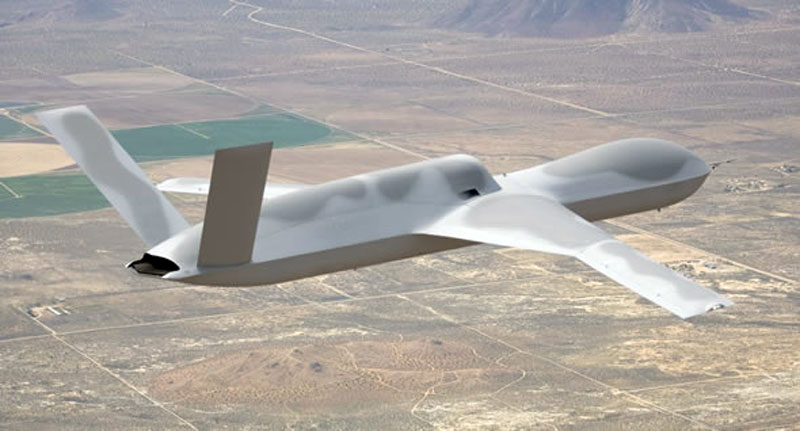 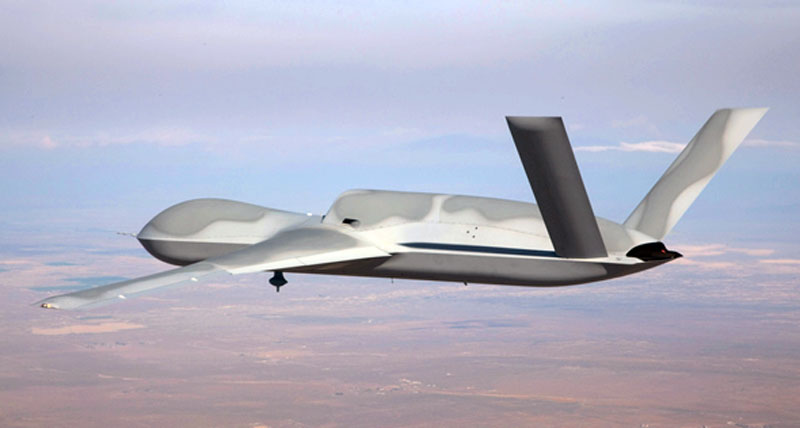