The Sukhoi Su-1 and Su-3 were a pair of one-off prototypes being developed during the early stages of World War 2, neither type seeing adoption by the Soviet Air Force. 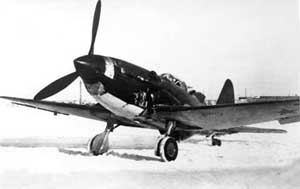 The Su-1 (and related Su-3) fighter aircraft were short-lived prototype developments of the Soviet Sukhoi concern - essentially the beginning of the firm's long-running history of fine aircraft that has since culminated with the excellent Su-27 Flanker air superiority fighter and its many derivatives. The Soviet Air Force commissioned for a high-altitude interceptor/fighter in 1939 to which the Sukhoi OKB-51 (founded in 1939) was given the charge. The type would be of an all-modern metal-winged monoplane design featuring a well-streamlined fuselage and three-bladed propeller set to the front. The aircarft was christened the prototype designation of "I-300" and also came to be known as the "Su-1".

The Su-1's arrangement was highly conventional was World War 2 fighter aircraft go. The engine was set forward in a compartment ahead of the single-seat cockpit. The nose section of the craft was streamlined from the tapered propeller hub rearwards. The monoplane wing structure, covered over in metal skin, was low-set with slight dihedral and were straight in their general shape. The empennage was traditional, sporting a single curved vertical tail fin and applicable low-set horizontal planes. The pilot sat under a framed cockpit at amidships with generally adequate views around him, though views during ground running was restricted due to the aircraft's long nose section and wing area. The undercarriage consisted of two single-wheeled main landing gear legs that retracted under each wing root. A single-wheeled tail wheel was affixed under the tail section for support. Overall construction of the fuselage was of wood despite the metal wings - a sure sign of the changing times (all-metal planes were soon to become the norm in World War 2). Design of the Su-1 is attributed to Mr. Sukhoi himself - Pavel Sukhoi

Power was derived from a single Klimov M-105P liquid-cooled twin-turbocharged V12 inline piston engine delivering upwards of 1,100 horsepower to the three bladed rotor. This provided the airframe a maximum listed speed of 400 miles per hour (at 32,800 feet) with an operational range of 445 miles. While the cockpit was unpressurized (requiring a pilot's oxygen supply), the aircraft could reach ceilings of 41,000 feet with a rate-of-climb nearing 3,124 feet per second.

One of the more interesting qualities of the Klimov engine configuration were its dual Tk-2 series turbochargers intended to supply the mount with its required performance specifications. The turbochargers were fed by the direct exhaust of the powerplant itself and provided for additional power beyond the basic specifications of the engine. This arrangement would account for the rather impressive statistics reached despite its 1939 design period.

As a fighter, the Su-1 was envisioned with a combined cannon/machine gun armament consisting of 1 x 20mm ShVAK cannon coupled with 2 x 7.62mm ShKAS machine guns. The cannon would most likely have been added to the engine block, perhaps firing through the propeller hub, with the machine guns fitted either to the upper fuselage or leading edge of each wing.

The Su-1 prototype was made ready in the spring of 1940 to which the aircraft achieved its first flight on June 15th of that year. The outing proved a success and additional development ensued resulting in further flights. However, on an August 3rd test flight, the pilot mistakenly landed the prototype with its undercarriage raised, resulting in weeks of damage of repair (particularly the propeller blades). The prototype was once again ready for testing in September. On October 2nd, another test flight yielded a failure of the engine, sending the Su-1 prototype into a controlled glide crash land. Technical issues with the turbochargers consistently dogged the program from thereon out resulting in sparse flights recorded. However, in April of 1941, the prototype did manage to reach an altitude of 32,810 feet and recorded a maximum speed of 400 miles per hour.

Work continued on bettering the Su-1 design and this resulted in the related Su-3 development. The wing assemblies were revised while still retaining the troublesome TK-2 turbochargers of the Su-1. The new wings did add to improved performance numbers but the technical issues surrounding the Tk-2 systems would eventually stall the program and, ultimately, lead to its cancellation. The Su-1/Su-3 design absolutely required the turbochargers for absolute performance at attitude and their meddlesome quality all but assured the aircraft would never be adopted into service.

The Su-1/Su-3 program was terminated in full on April 16th, 1941. Both prototypes were later destroyed in aerial bombings by German aircraft as the Soviet Union went to war against their one-time ally.
Advertisements 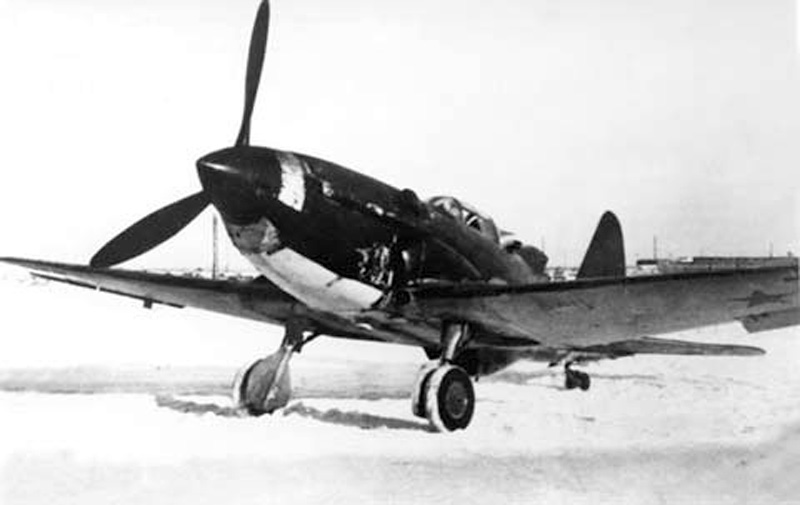