The LVG C.V was widely distributed across the West Front beginning in 1917. 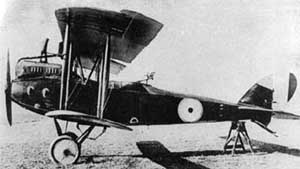 The LVG C.V was a general-purpose, two-seat reconnaissance aircraft utilized by the German air service in World War 1. Despite her reconnaissance classification, the C.V proved a heady fighter in her own right, going on to become one of the best German fighter aircraft of the war. Her combination of two crew, offensive/defensive armament and excellent performance allowed her to go beyond her reconnaissance origins and evolve into a lethal fighter platform. She achieved first flight in 1917 and entered German service the same year, ultimately being produced and fielded in number along the Western Front from 1917 to 1918. Manufacturing was handled by Luft Verkehrs Gesellschaft (aka "LVG").

Design of the C.V was highly conventional and characterized by her biplane wing assemblies. Each unstaggered wing featured two bays and were of equal span, supported by parallel struts. The lower assembly connected at the fuselage underside while the upper assembly was supported onto the topside fuselage by way of a strut network located ahead of the pilot. Of note to the wings were the aerodynamic balances affixed to the ailerons and fitted to the upper wing assemblies. Construction consisted of a covered semi-monocoque frame. Accommodations were for two - a pilot and the observer/rear gunner - seated in tandem, open-air cockpits consistent with the times, though supplying unparalleled views obstructed only by the aircraft structure itself. The rear gunner held the better view of the critical "six" area behind and to the sides of the aircraft, manning a trainable machine gun for self-defense. The engine was fitted to the extreme forward end of the fuselage and powered a two-bladed propeller. The radiator was clearly identifiable by its raised "horn". The forward fuselage maintained an aerodynamic appearance while the middle fuselage sported slab sides. The fuselage tapered off at the extreme end of the empennage. The tail system was made up of a single, rounded vertical fin with similar horizontal tailplanes attached to the fuselage frame. The undercarriage was fixed and made up of two large-wheeled main legs supported by struts under the forward fuselage. The rear was held off the ground by way of a simplistic tailskid and came into play when the aircraft was at rest.

Power was supplied from a single Benz Bz.IV series engine of 200 horsepower. This allowed the aircraft to achieve a maximum speed of approximately 106 miles per hour with a service ceiling equal to 21,300 feet while maintaining a rate-of-climb around 1,100 feet per minute. Mind you that these statistics were quite excellent for World War 1 standards, putting the C.V at the top end of the fighter spectrum. Endurance from the Benz powerplant was listed at about 3 hours and a half, keeping the bird "in the fight" longer than most.

Primary armament centered around a single fixed, forward-firing 7.92mm LMG 08/15 machine guns, these controlled by the pilot and aimed by positioning his entire aircraft at a target. The rear observer/gunner manned a single trainable 7.92mm Parabellum MG14 series machine gun, primarily covering the rearward areas of the aircraft. When called upon to strike at ground targets of note, the C.V could make use of up to 90lbs to 254lbs (sources seem to vary wildly) of bombs held externally. As the C.V was a reconnaissance platform first, the limited use of bombs was negligible.

The Polish Army utilized some 150 captured examples after the war. Several examples (collectively numbering thirty in all) were distributed for service with the likes of Estonia, Latvia, Lithuania and the Russian Empire. Other post-war examples found a "second-life" as civilian movers.

By 1918, the last year of World War 1, the C.V was joined by the improved C.VI model - a version alone produced in 1,000 examples.
Advertisements

OPTIONAL:
Up to 90lb of conventional drop bombs. 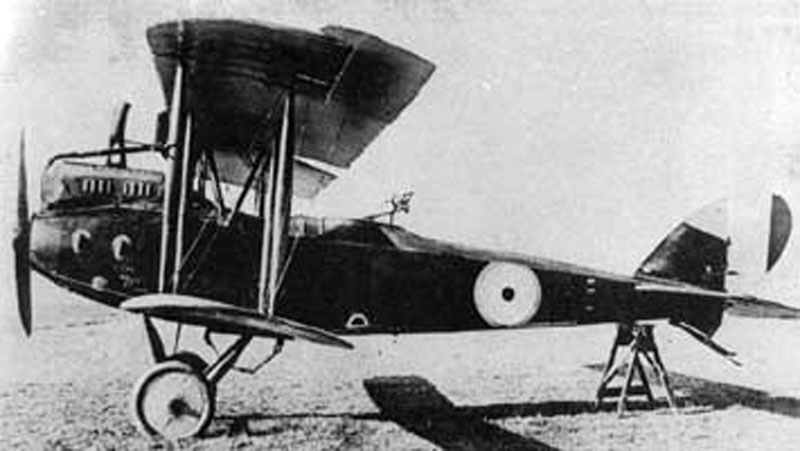