The LVG C.II became the first fixed-wing aircraft to bomb London, this coming in a strike on Victoria Railway Station. 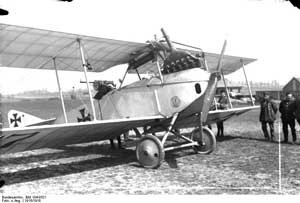 The LVG C.II was a limited-production reconnaissance scout plane utilized by the German Empire during World War 1. She herself was developed from the unarmed LVG B-series, also a two-seat reconnaissance biplane and proved LVG's (Luft-Verkehrs-Gesellschaft) first original aircraft design. Prior to that, the firm had been responsible for work on dirigibles. The main difference between the two aircraft breeds was in pilot placement for the C.II (originally known as C.I) reversed the positions of both the pilot and observer/gunner - the pilot now held the forward cockpit while the observer manned the machine gun in a turret-ring held aft. The C.II was originally known under the designation of C.I and served in the visual and photographic reconnaissance/scout roles as well as a light bomber.

Up to this point, most reconnaissance-based aircraft fielded their observers and possible armament to the front of the fuselage. It was not until later designs that the position was settled to the rear of the aircraft. This allowed the pilot an unfettered view of the upcoming terrain (and perhaps any oncoming dangers) while supplying the observer with an unobstructed view across the rear (the critical "six" angle) and along the sides. This arrangement eventually proved the norm by the end of the war as all scout-type aircraft would make use of this tandem seating configuration.

The C.I proved a heavier aircraft design than the B.I series and, as such, she would require more output power from her engine. The solution was to fit the Benz Bz.III series engine of 160 horsepower to her forward fuselage. Production began with a few orders of the C.I model before the C.II overtook her on the assembly lines. The C.II - achieving first flight in 1915 - fitted a more powerful Mercedes D.III series, 6-cylinder, liquid-cooled, in-line engine of 160 horsepower as well as improvements to her underlying structure and went on to become the definitive production aircraft in the series. The C.III proved a "one-off" experimental test system with the observer and his machine gun moved to the front cockpit and the pilot at the rear. The C.IV, the last of the family line, was a slightly larger version of the C.II and now powered by a 220 horsepower Mercedes D.IV series engine. The C.IV made its appearance in 1916.

As it stood, the C.II benefitted from her Mercedes D.III with a top speed of 81 miles per hour with a service ceiling of approximately 13,000 feet (some sources go as high as 16,400 feet). Her endurance was listed at an excellent four hours of flight time, critical to scout plane operations.

Design was very conventional for the time - the defining characteristic of course being the double-bay biplane wing assemblies. The fuselage took on a rather streamlined shape, particularly along the forward area where the engine was seated. The engine was nested within a light-skinned frame and powered a two-bladed wooden propeller. The radiator and fuel tank sat partially exposed along the top of the engine compartment thus obstructing the pilot's view to an extent. The fuselage was slab sided until tapering off into a conventional empennage featuring a small-area, rounded-tip vertical tail fin and applicable horizontal tailplanes at the base of the fin. The undercarriage was fixed in place and supported via struts and cabling. Each main leg held a large wheel and the rear of the fuselage was supported by a simple tail skid.

Armament centered around the 1 x 7.92mm Parabellum MG14 machine gun fitted to a trainable mounting at the rear. It was only in later production models that the pilot had access to a fixed forward-firing 7.92mm LMG 08/15 machine gun. As a light bomber, the C.II could call on 130lbs of externally-held ordnance.

The C.II held one "first" during the War to End All Wars - she was the first fixed-wing aircraft to drop her bombs on London proper. Up to that point, such attacks came from the lumbering Zeppelins. The first attack by a Zeppelin occurred on the morning of June 1st, 1915. An C.II followed on November 28th, 1915, in dropping at least six 22lb bombs on the capital city, these landing near the downtown Victoria Station railway. However, it should be noted that the exact target during this raid was, in fact, the Admiralty and not the station. This same aircraft went on to suffer engine failure on its route home and made a forced landing near Boulogne where her two-man crew were taken prisoner. Daring daylight raids involving C.IIs were not wholly uncommon.

It is estimate that 300 examples of this aircraft were ultimately delivered to the German Empire. Accounts held her as an "adequate" mount, serviceable for the role at hand. Introduction occurred sometime in 1915.
Advertisements

OPTIONAL:
Up to 130lb of conventional drop bombs. 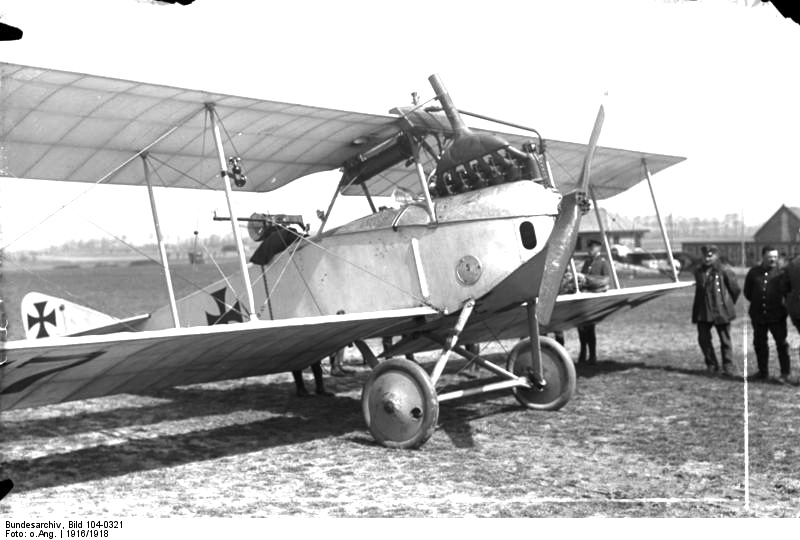