The Curtiss SBC Helldiver became the last acquired biplane of the United States Navy service when it was introduced in 1938. 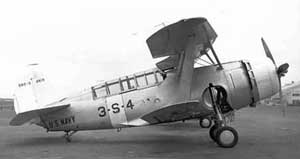 In 1932, the United States Navy contracted the Curtiss-Wright Corporation to produce a modern, two-seat fighter design for use on its growing family of aircraft carriers. Curtiss responded by putting forth their Model 73 - a two-seat monoplane design featuring a single set of parasol wings fitted high atop the fuselage. The US Navy designated the prototype as XF12C-1. The Model 73 was powered by a single Wright R-1510-92 Whirlwind 14 series radial piston engine and sported a modern retractable undercarriage. The Curtiss product achieved first flight in 1933 though, by the end of the year, the US Navy had revamped their requirement and categorized the XF12C-1 prototype as the "XS4C-1 scout plane". Once again, this time in early 1934, the US Navy reorganized their needs and labeled the XS4C-1 as a the "XSBC-1 dual-role scout-bomber". Curtiss fitted a Wright R-1820 Cyclone series radial piston engine to the design and testing of the prototype ensued.

Among the evaluations was a dive bombing test in September of 1934 that resulted in a failure of the parasol monoplane wing assembly. Though the pilot and machine were wholly spared, the prototype was nonetheless heavily damaged. Testing had shown that the parasol wing assembly was generally unfit for the stresses of what the new aircraft would be called upon to achieve. As a result, the US Navy ordered a new prototype to fall in line with stricter requirements. Curtiss once again delivered an answer, this time the Model 77, to which the US Navy affixed the designation of XSBC-2. The reimagined airframe was now given a biplane wing arrangement and a new engine in the Wright R-1510-12 Whirlwind 14 series radial. First flight of the XSBC-2 was recorded on December 9th, 1935. In March of 1936, a Pratt & Whitney R-1535-82 Twin Wasp Junior radial piston engine was fitted to the airframe, resulting in the revised company designation of "Model 77A" and the revised US Navy designation of "XSBC-3".

The United States Navy, content with the latest Curtiss-Wright offering, contracted the company to deliver some 83 SBC-3 "Helldiver" production-quality aircraft - the deal signed on August 29th, 1936. Initial deliveries occurred on July 17th, 1937 to Squadron VS-5 of the carrier USS Yorktown. By all reports, the SBC proved a rather pleasant airframe to control, however, the constantly changing world of technology in the late 1930s solidified the SBC as an out-of-date design, forcing the fighter to undertake second-line duties in the training of upcoming airmen out of Florida. When the Japanese Empire unleashed their surprise attack on the US Naval base at Pearl Harbor, Hawaii, on December 7th, 1941 - thusly thrusting America into full-fledged world war - the SBC was more or less accepted as an obsolete design. Regardless, the biplane dive-bomber soldiered on for a time longer with both US Navy and Marine Corps branches aboard such active carriers as the USS Hornet. The SBC Helldiver would lead a short active life with the US Navy and officially meet her end by October of 1944, being replaced by much-improved and modern types. To ensure something of a legacy, the SBC Helldiver was in fact the last biplane aircraft to be purchased by the United States Navy.

Design of the SBC Helldiver was a relative mix of two eras of aviation. On the one hand, the design was characterized by its staggered, uneven span biplane wing arrangement with thick outboard struts, cabling and skeletal inboard struts holding the wings in place. On the other hand, the fuselage was encased with metalwork and a streamlined shape, contouring finely to a tapered end to which a rounded vertical tail fin was affixed. The undercarriage, while retractable, still sported its visible wheels tucked in alongside each forward fuselage side. The engine was held well forward in the design and was of a radial piston type requiring air cooling and powered a three-bladed propeller system. The crew of two sat in tandem under a long-running glazed canopy with heavy framing with generally poor forward views of the oncoming action. The cockpit was set at amidships, aft of the both wing assemblies. Like other aircraft of this time period, the SBC took on a noticeable "nose-up" appearance when at rest, being fitted with a "tail-dragging" undercarriage arrangement featuring a small tailwheel at the empennage base. Being powered by the radial engine, the SBC Helldiver could afford top speeds of 234 miles per hour with a base 175 mile per hour cruise speed. Service ceiling was limited to 24,000 feet while range was out to 405 miles. Armament was rather modest and included a pair of 0.30 caliber machine guns (one forward fixed for the pilot and the other on a trainable mount in the rear cockpit) with an optional 1,000lb bombload along the fuselage centerline.
Advertisements

Curtiss worked on improving the base SBC-3 series design and set one airframe aside for such work. The resulting tests yielded the new Model 77B to which the US Navy appended the designation of SBC-4 to. To go along with several improvements was a more powerful Wright R-1820 Cyclone 9 series radial piston engine of 850 horsepower. The US Navy signed a production contract for 174 examples of this mount on January 5th, 1938 with the first deliveries beginning in March of1939 followed by formal service entry. By this time, Europe was completely engulfed in a war that would soon spread beyond its borders.

Germany's blitzkrieg had taken all of Europe by surprise. Hitler's combined attacks utilizing coordinated strikes from land and air elements yielded tremendous results in the first phases of action. After much of Europe had fallen to the Germans, France was next in its sights. As such, France desperately attempted to counter the German advance by quickly improving their military inventory to help stave off mounting losses, even contracting American aircraft firms for whatever they could make available. In early 1940, the United States Navy rerouted some 50 of its actively serving SBC-4 Helldiver aircraft to the French Navy with a total of 90 on order to France in whole. Aircraft were repainted via French standards and the 0.30 caliber armament was upgraded to a more potent pairing of 2 x 0.50 caliber. All American instruments were replaced by French-labeled ones and Curtiss employees would be involved in delivering the aircraft to the French carrier Bearn by way of Nova Scotia. The Bearn eventually accepted the aircraft and made her way across the Atlantic back to France.

Like other military equipment earmarked for use by France from the United States, this delivery would arrive too late to be of much use in combat and the nation of France eventually capitulated after Paris fell to Hitler, leaving Britain essentially alone to "fight the good fight". The Bearn moved south to the Caribbean island of Martinique where the remaining forty-nine SBC-4s fell victim to the corrosive effects of the tropical environment, destined never to fight. At least five SBC-4s were accepted into the inventory of the Royal Air Force under the designation of Curtiss "Cleveland" Mk.I and generally used to train ground personnel out of Little Rissington, UK. While the SBC-4 failed to make much of an impact in the European war, the US Navy stood firm on their production and secured a revised SBC-4 model with the all-important addition of self-sealing fuel tanks.
Advertisements 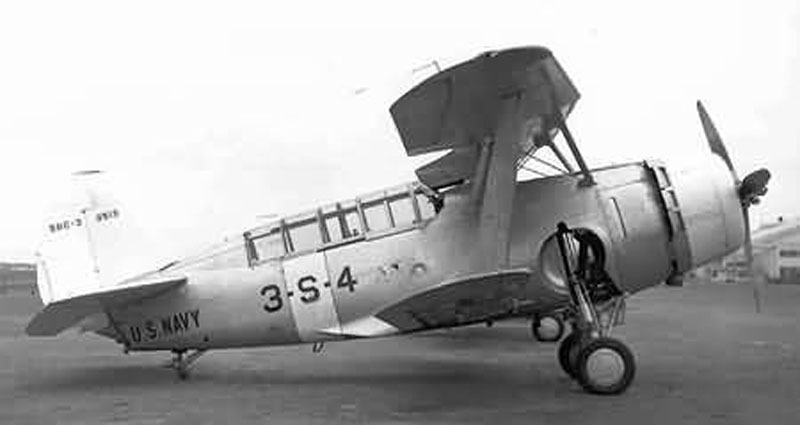 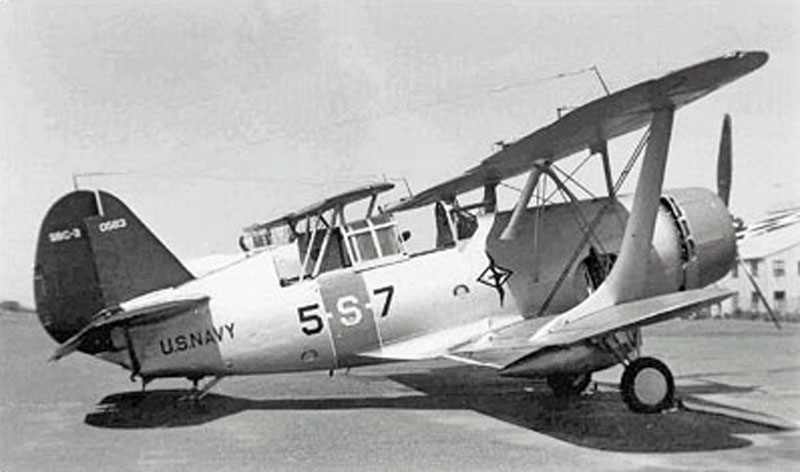