The North American A-36 Mustang was based on an early-form adaptation of the P-51 to fulfill the dive bomber and ground-attack roles.

Authored By: Staff Writer | Last Edited: 06/05/2019 | Content ©www.MilitaryFactory.com | The following text is exclusive to this site. 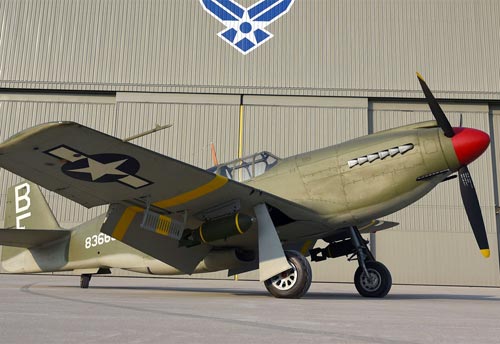 The North American A-36 was a United States Army Air Forces (USAAF) dedicated ground attack / dive bomber variant of the classic North American P-51 "Mustang" single-seat, single-engine fighter. The original Mustang was developed to a British specification but the line went on to find a majority of success in the hands of European- and Pacific-Theater-bound American airmen. Development had begun in 1940 and the A-36 grew out the original program, first flying in prototype form during October of 1942. Its design is attributed to Edgar Schmued.

The A-36A was the only production mark of this Mustang variant, appearing with the 27th, 86th and 311th (India) Fighter-Bomber (Bombardment Groups (Dive)). First combat actions occurred in June of 1943 on the island of Pantelleria in the Mediterranean Theater. Called upon to drop conventional bombs on enemy targets via diving and climbing actions, the aircraft also served as a bomber escort and general ground attack component of the Allies.

Externally, the A-36 retained much of the form of earlier production Mustangs, the canopy being heavily framed and a dorsal spine restricting views to the rear. Straight mainplanes were fitted low along the forward section of the fuselage while the empennage sported a single vertical fin with low-set horizontal planes. Power was from an Allison V-1710 inline piston engine developing 1,325 horsepower and driving a three-bladed propeller unit at the nose. The undercarriage was of a conventional "tail-dragger" configuration featuring a tailwheel and two main landing gear legs, the latter recessing towards fuselage centerline. Standard armament consisted of the traditional P-51 arrangement: 6 x 0.50 caliber air-cooled Browning heavy machine guns - two mounted in the upper fuselage (nose) and the remaining four buried in the wings (two guns per wing). Up to 1,000lb of conventional drop stores could be carried (mounted externally).

Performance from the Allison powerplant allowed for a top speed of 365 miles-per-hour with a cruising speed of about 250 miles-per-hour. A range of 550 miles was possible and the aircraft could reach a service ceiling of 25,100 feet. Since its primary role was attack, this restricted ceiling was acceptable.

In all, 500 A-36As were built for the war effort to help offset losses and fill a needed role. However, their service was short-lived for, by 1944, the series was already being replaced by the more-capable Republic P-47 "Thunderbolt" and North American P-51 "Mustang" now equipped with bomb racks and rocket launch rails. These aircraft proved more than up to the task of close-support bombing actions while still retaining their inherent exceptional high-altitude performance as fighters. As such, the role and reach of the A-36 gradually dwindled as the war progressed.

Production of A-36s completed in March of 1943. Despite its limited use, the aircraft was well-received and, beyond its bombing capabilities, it also recorded 84 enemy air kills. The United Kingdom's Royal Air Force (RAF) received one copy of the aircraft in March of 1943 for testing and evaluation purposes. Few A-36's survive today as museum showpieces.

The A-36 was unofficially known as the "Apache" and "Invader" at various times during her wartime career.
Advertisements

United Kingdom (single example); United States
(OPERATORS list includes past, present, and future operators when applicable)
✓ Air-to-Air Combat, Fighter
General ability to actively engage other aircraft of similar form and function, typically through guns, missiles, and/or aerial rockets. ✓ Ground Attack (Bombing, Strafing)
Ability to conduct aerial bombing of ground targets by way of (but not limited to) guns, bombs, missiles, rockets, and the like. ✓ Close-Air Support (CAS)
Developed to operate in close proximity to active ground elements by way of a broad array of air-to-ground ordnance and munitions options. 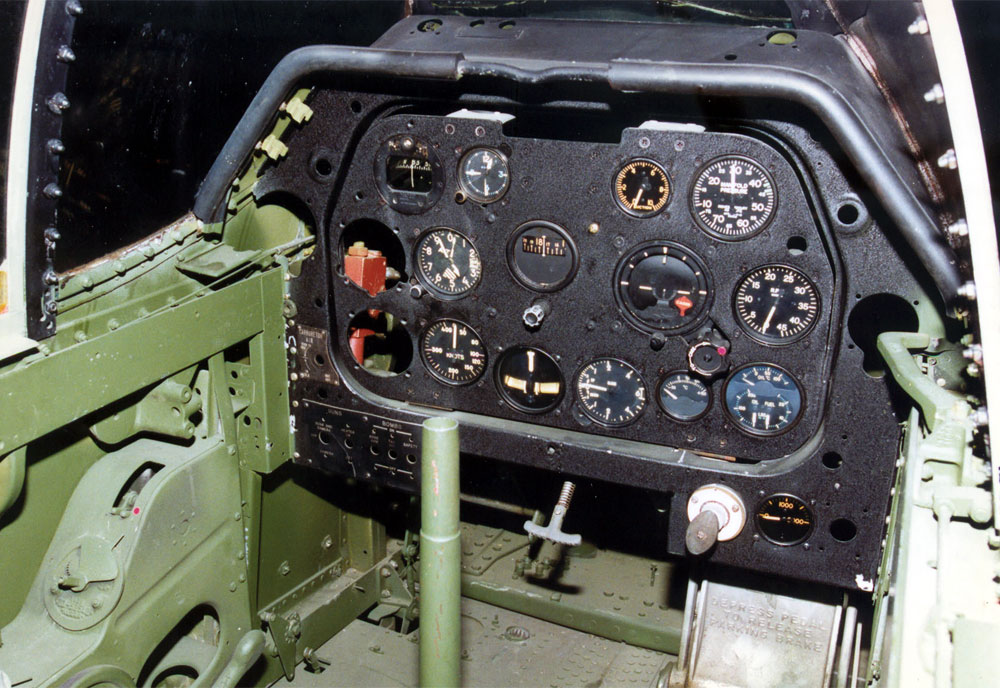 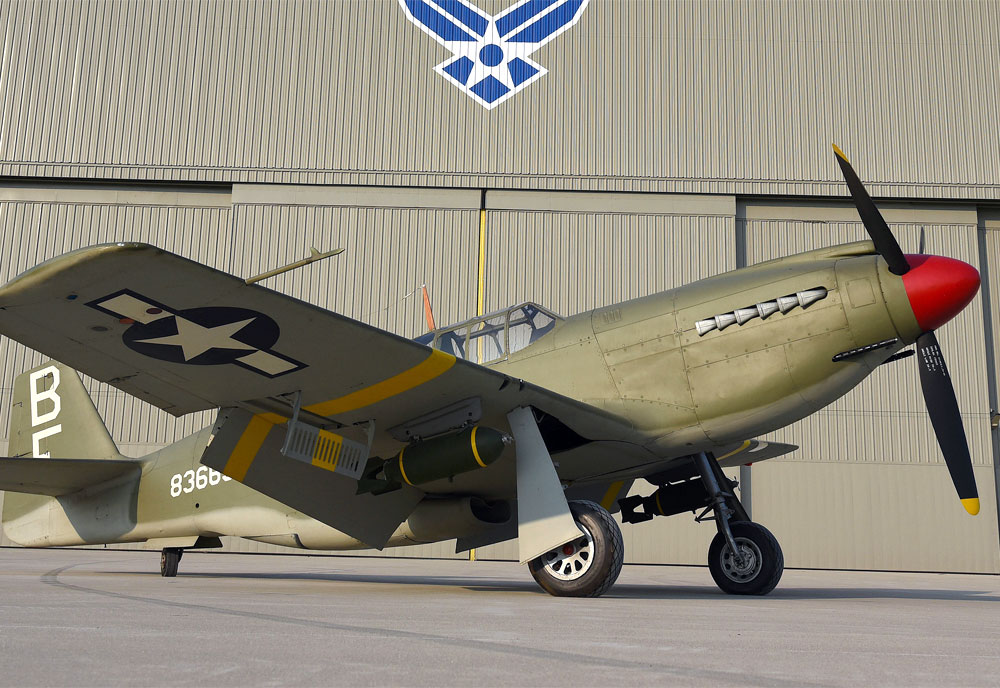 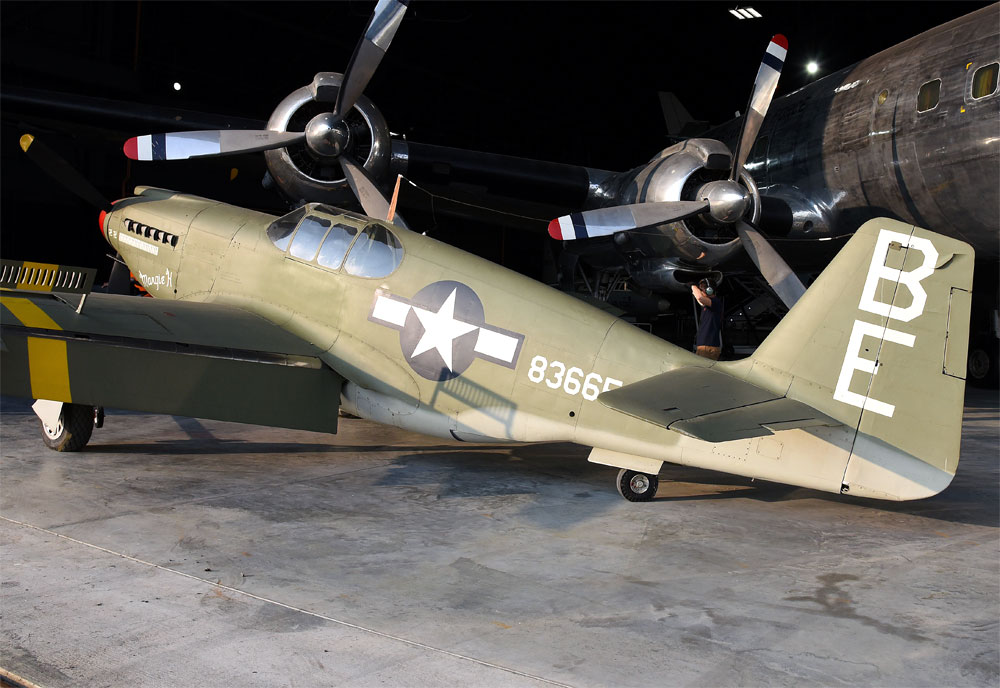 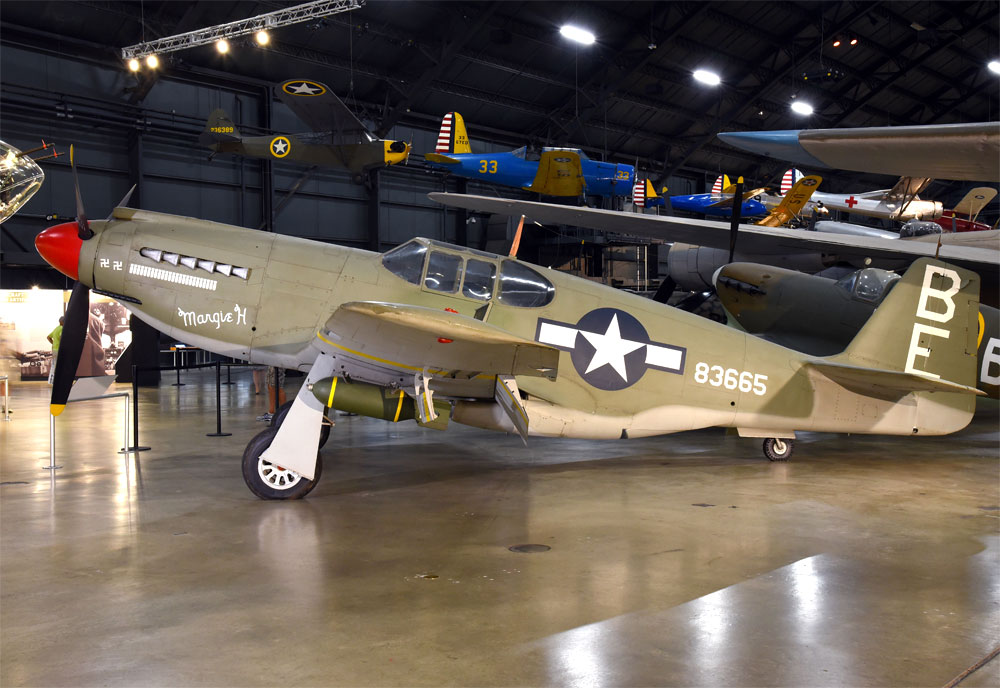 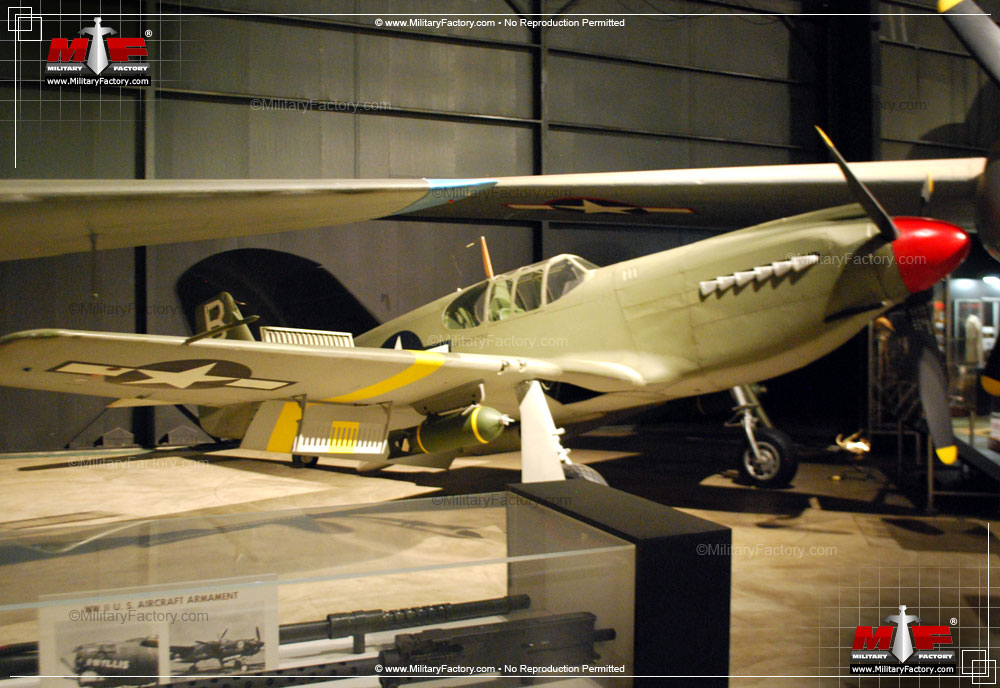 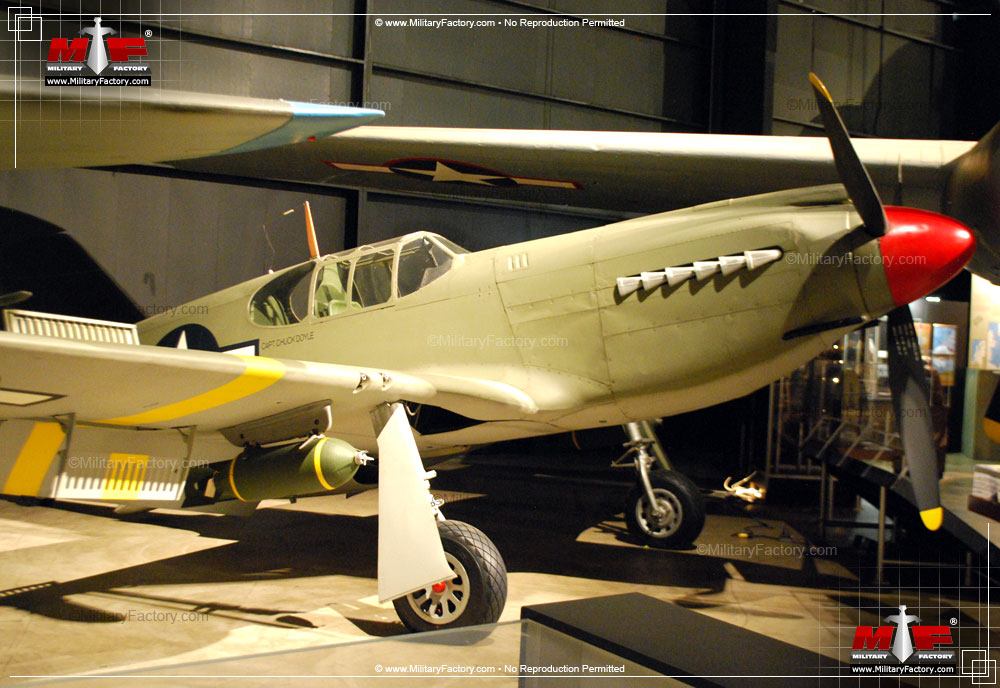 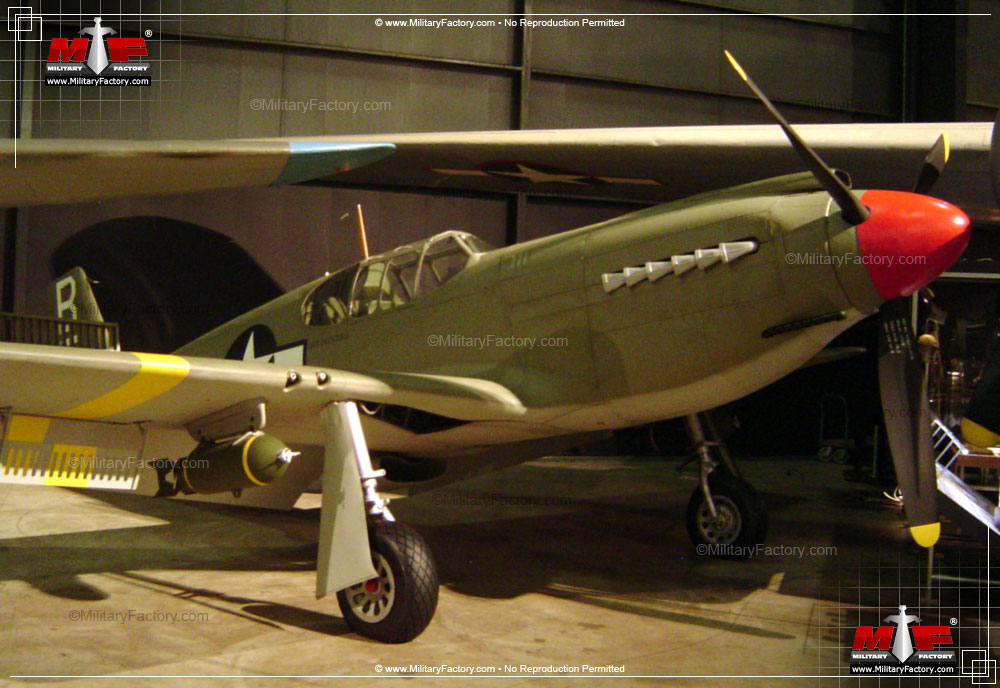 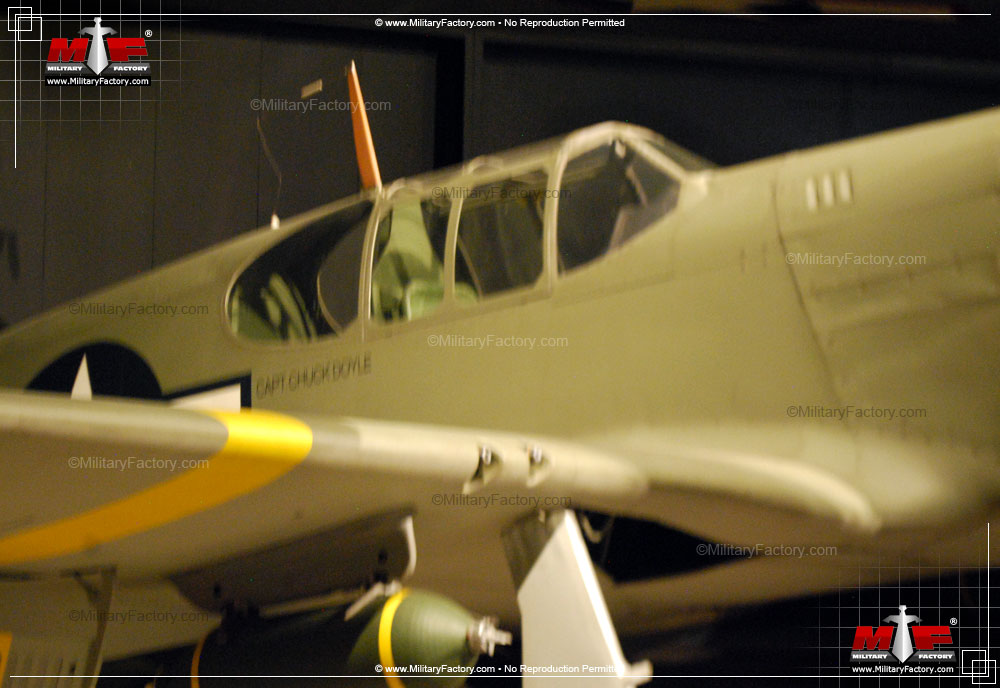 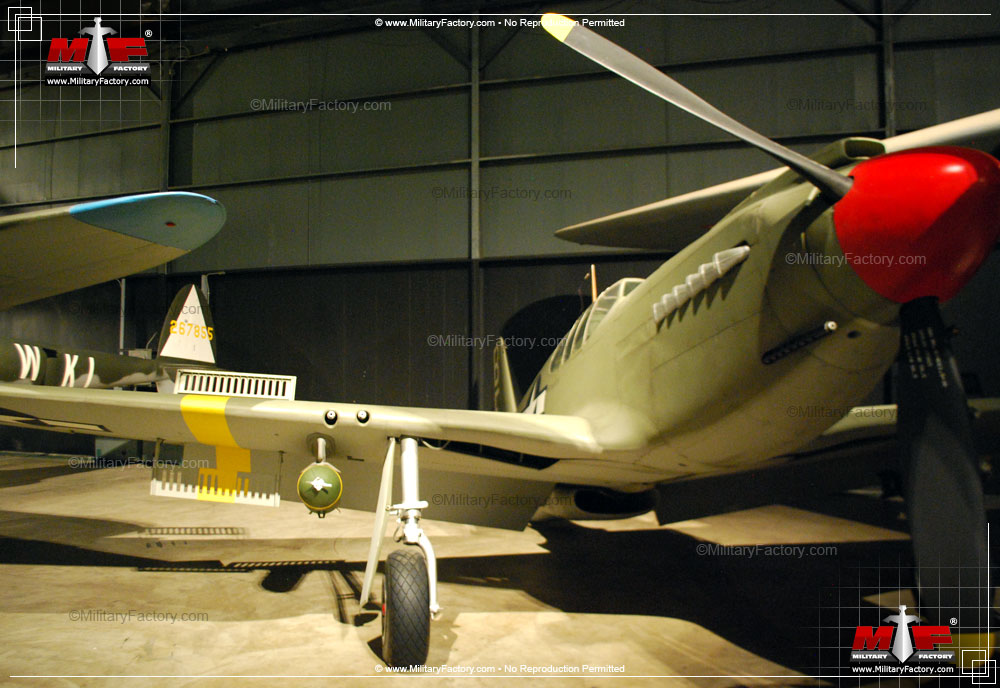 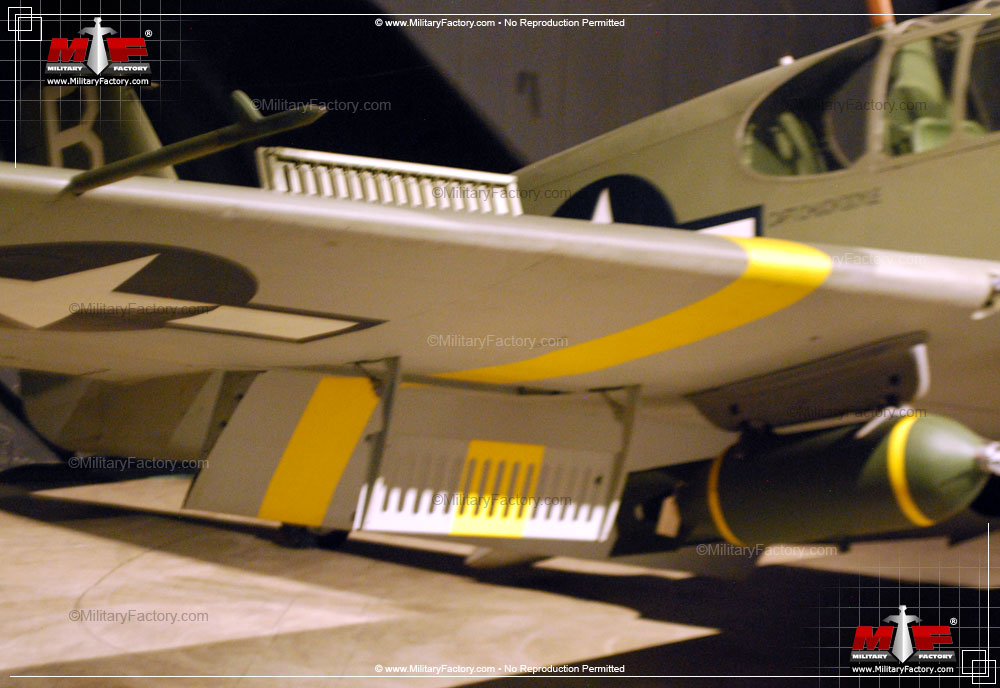