The Arado Ar E.561 was a complicated design best left to the imagination.

Authored By: Staff Writer | Last Edited: 05/08/2019 | Content ©www.MilitaryFactory.com | The following text is exclusive to this site. 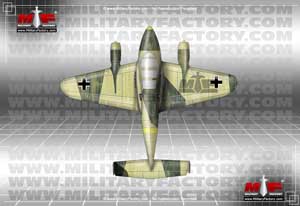 The Arado Ar E.561 was on the drawing boards as early as 1937. Classified as a heavy fighter, the type would have lived and died via its combination of firepower and performance. World War 2 brought about the need for purpose-built bomber destroyers and heavy fighters capable of bringing down most anything in the skies. The Ar E.561 was envisioned to be just that, however, a complicated engine arrangement no doubt stalled the project to the point that it became one of many of the Luftwaffe's aircraft creations throughout the war - nothing more than an intriguing paper airplane design.

The Arado Ar E.561 was designed around a stout fuselage which contained seating accommodation for three of the four crew (the fourth crewmember was a gunner manning the lower-rear machine guns). Though the E.561 gave the appearance of having two engines - one per wing - in extended nacelle positions, the engines were actually placed within in the center portion of the fuselage. The variable-pitch propellers were to be operated by these rear-mounted engines via shafts running across the wing roots and into the pseudo-nacelles extending beyond the leading edges. The idea behind this type of arrangement lay in the thinking that should one engine experience failure whilst in flight, then the single operational engine would be able to switch over and run both propellers - basically allowing the aircraft to continue to fly without the total loss of any one engine. This arrangement was, however, only limited to the operation of both engines at half-speed which would have deteriorated performance of the large aircraft substantially. The rear-mounted, shaft-controlled propeller system design idea was only operationally attempted (with modest success) in the underpowered Bell P-39 Airacobra product - that being a single-seat lightweight fighter type. The tail section of the E.561 followed suit with that as found on the Messerschmitt Bf 110 "Destroyer" - and aircraft to which the E.561 would have shared some similarities to - featuring two vertical tail surfaces across a large spanning horizontal plane.

Armament was a combination of offensive and defensive systems. 4 x MG 151 20mm cannons would have been arranged just under the cockpit seating area for a devastating forward offensive punch. The rear of the craft would have been defended by a pair of 13mm heavy caliber machine guns - two controlled from a rear-facing dorsal cockpit position and the other from a ventral downward rear-facing gun position at rear.

Due to its "drawing board-only" existence, no performance data of the E.561 was available. In any case, it most likely would have been a bloated "tweener" design without the performance specs to take on the nimble single-seat fighters of the Allies but might have been a formidable bomber-destroying platform. The attempt at ingenuity in having the engines mounted in the fuselage allowed for a more streamlined shape would have presented a very complicated internal working for engineers to devise effectively given the constraints of a wartime Germany.
Advertisements 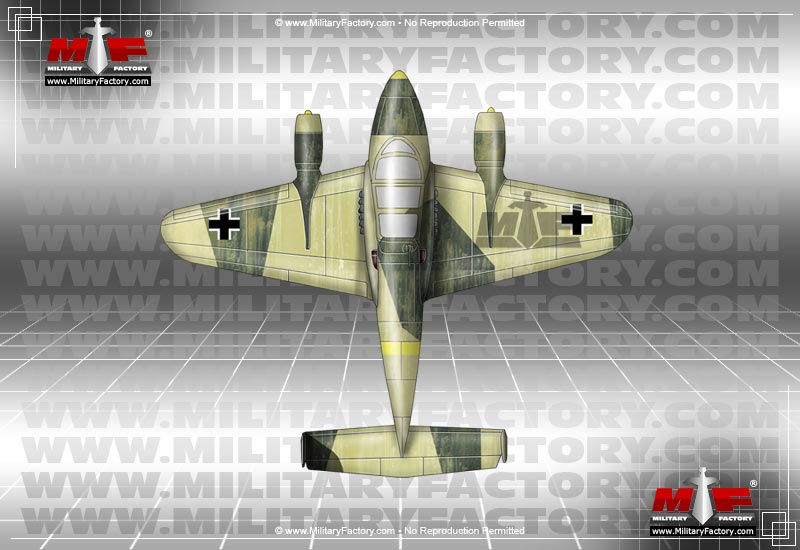