The Bell XFM Airacuda bomber destroyer became a failed design for the new company but set the stage for more promising ventures to follow. 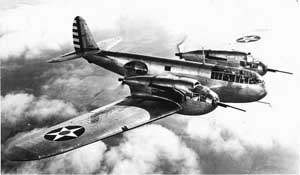 The XFM "Airacuda" was Bell Aircraft's first foray into military aircraft design. With this unique bomber destroyer attempt, the product signaled Bell as a different sort of aircraft maker - the company would eventually go on to deliver the World War 2-era P-39 "Airacobra" to Allied forces featuring a rear-mounted engine and tricycle undercarriage during a time when front-mounted engines and "tail-dragger" designs were the norm. While the Airacuda ultimately became an abandoned, largely forgotten, venture for Bell it provided the company with much know-how into the design and development process of military aircraft when attempting to garner potentially lucrative government deals.

The Bell Airacuda began as a pre-war design attempting to fulfill a United States Army Air Corps (USAAC) requirement for a new, twin-engine, multi-purpose platform. As such, the type was expected to fulfill a variety of battlefield roles including that of bomber destroyer, bomber escort, and ground attack. Designs such as this already existed in some air services of the world - the Germans developed their Messerschmitt Bf 110 for this same purpose.

The new design would require inherent long-range capabilities to take the fight to the enemy and structural tolerances to withstand quick, fighter-like movements and diving. Two engines offered the necessary performance power over a single installation and increased crew and aircraft survivability over enemy terrain. The workload would be spread about two or more crew members. Bell engineers understood the design was to fulfill performance specifications that included a 300 mile per hour maximum speed, a 30,000 foot service ceiling, and a 3,000 inherent operational range. Climb to 15,000 feet was to take 10 minutes or less.

Work on the Airacuda product began in 1936 and the bomber destroyer / bomber escort essentially evolved to what was termed a "heavy fighter" in World War 2 aircraft terms. As the USAAC was soon to adopt the Boeing B-17 "Flying Fortress" heavy bomber (1938), it sought to acquire an aircraft suitable for defending large fleets of these new heavies over enemy airspace by escorting them. While the bomber carried defensive armament all its own, the weaponry truly only allowed a limited defensive net in which to harass incoming interceptors launched by the enemy. An accompanying escort fighter could break from the bomber formation and directly tangle with these harassers while the bombers continued to their target. For the bomber destroyer role, heavy cannon armament would be brought to bear to bring these structurally large targets down with a few well-placed hits to their vital engine components or critical frame areas. Additionally, the practice of dropping bombs over enemy bomber formations was taken into consideration for the new aircraft.

Engineers elected for a traditional twin-engine arrangement in which the engine pair was held outboard of the fuselage in individual nacelles built into the wing mainplane elements. However, the design decision was made to utilize the engines in a "pusher" arrangement in which the engines drove their respective propellers aft of the wing trailing edges - "pushing" the aircraft through the skies. This was the opposite of the more traditional approach which saw front-mounted engine driving a forward-set propeller unit in a "puller" arrangement - "pulling" the aircraft through the skies. The fuselage made up the center portion of the aircraft and contained the primary crew areas, bomb bay, and various systems and subsystems. A single vertical tail fin was affixed at the empennage . The front section of the fuselage housed a glazed-over nose for the cockpit crew. The total crew complement numbered five and would consist of the pilot, a co-pilot (doubling as the navigator), a radio operator (doubling as a fuselage/waist/beam machine gunner, and two dedicated gunners.

The mention of the two dedicated gunners were of particular note for their positions were not in the fuselage proper. Instead, their workspace was arranged at the frontal section of each engine nacelle - the engine residing aft of them. Each man managed a single 37mm M4 cannon installation fitted to the front of each nacelle and to this was added coaxial 0.30 M1919 Browning machine guns firing tracer rounds for aiming. The M4 cannons were installed in hydraulically-assisted mounts for some trainable fire and fed by way of five-round clips. For vision, the lead sections of each engine nacelle was glazed over. 119 x M4 cannon rounds were carried per cannon. Access to the fuselage was by way of a tunnel running from fuselage to engine nacelle.

To drive the aircraft, the initial powerplant of choice became an Allison V-1710-9 outputting at 1,090 horsepower. Each was turbosupercharged and drove three-bladed propeller units through a 5-foot, 3-inch extension shaft. As stated, the engine installations took up the aft portion of each nacelle assembly.
Advertisements

The radio operator was also charged with defense of the sides of the aircraft so at his station were 0.50 caliber Browning M2 heavy machine guns - one set to either fuselage side and each gun given 600 rounds of ammunition. Originally, the machine guns were installed through structural "blisters" found along the sides of the fuselage.

Optional armament for the bomber destroyer role was 20 x 30lb fragmentation drop bombs carried within a bomb bay. The destroyer was expected to cross over a slower-moving enemy formation and attempt to score a rather tricky direct hit on the group of moving targets by dropping a lethal load.

First flight of what was designated the XFM-1 was on September 1st, 1937. Due to the growing weight of their new aircraft, engineers substituted the original Allison V-1710-9 for an Allison V-1710-13 of 1,150 horsepower output. The optimistic and complex aircraft was to provide a myriad of challenges for Bell personnel for most of its active testing life - it was not a favorite amongst test pilots charged with flying the machine nor ground crew charged with its upkeep and repair.

During firing tests, the nacelle-mounted tracer machine guns were found to be wholly inadequate for the aiming required of the M4 cannons with their larger, heavier 37mm projectiles. As such, a specialized device provided by Sperry Instruments was installed which added a telescopic rangefinder and gyro-stabilized autopilot feature in which the pilot could fire the cannons instead. The nacelle crewmen were retained for they were still required to reload the five-round clips into the weapons when needed.

Despite these early failings, the USAAC allowed the XFM-1 product to continue when it awarded another contract during May of 1938 for thirteen test aircraft under the designation of "YFM-1". Testing of the series then continued into 1939 and, at this point, the aircraft had been modified with an enlarged vertical tail fin. The propeller units each received smaller spinners and the waist machine gun blisters were omitted and revised through a more streamlined approach. The more advanced YFM-1 was now outfitted with Allison V-1710-23 series engine of 1,150 horsepower each and had its turbosuperchargers relocated. Structurally, the aircraft's skin was made more streamlined thanks to the use of flushed rivets which helped to limit overall drag along the surface of each panel in play. A retractable dorsal turret was armed with a sole 0.30 caliber machine guns while another 0.30 caliber machine gun was manned through a ventral "tunnel" to help defend the critical lower rear quadrant of the aircraft. The bomb load was updated to carry up to 600 lb of conventional USAAC drop bombs.

The YFM-1 did not achieve a first flight until September 28, 1939 - some two years after XFM-1 first flew. The second flight suffered damaged when one of the turbosuperchargers fell apart in-flight but the program was still evolved by the USAAC to the point that it was eventually passed on to its airmen for formal testing from February of 1940 onwards. The YFM-1 standard was realized through nine aircraft coming in 1940. Three more were delivered into October with rather forward-thinking tricycle undercarriages - a modern approach revisited by Bell in their upcoming P-39 fighter. These aircraft carried the slightly altered designation of "YFM-1A". Two other Airacuda aircraft of the batch appeared with Allison V-1710-41 engines of 1,090 horsepower output though they lacked their turbosuperchargers. These forms were designated "YFM-1B" and emerged from the existing YFM-1 stock.

Service trials began during 1941. One example had already been lost during a forced landing brought about by a locked rudder - no fatalities were recorded but the airframe was wrecked. Another airframe was lost in an accident occurring during January of 1942.

Despite all of the work and funding poured into the Airacuda program, interest in the large aircraft was being lost to American warplanners. The United States officially entered the war in December of 1941 following the Japanese attack on Pearl Harbor and more pressing matters required attention in the war effort. The Airacuda was tested as far as needed but its design was never wholly sound - engine cooling remained an issue through all of its life requiring prototypes to be towed to their take-off spots rather than running themselves into position. The pusher propellers represented quite a danger to exiting crewmembers should they ever be called to bail out of the aircraft - they would have to pass through the gauntlet of spinning blades and avoid the vertical tail unit to survive. Finally, despite whatever engine was fitted, the heavy aircraft could simply not match the performance expected of it in keeping up with the new B-17 bomber fleet - its maximum speed was no more than 277mph with a cruise speed of 244mph (B-17Gs eventually reached maximum speeds of 287mph). Couple all this with the fact that the technology-laden aircraft became an expensive product to procure and maintain and it ultimately proved a failed venture for Bell and a forgettable product to the USAAC.

The focus fell back to single-engine fighter mounts with their inherent agility. These eventually were also modified to carry bomb loads in the fighter-bomber role. Better twin engine options eventually became available to the USAAC, particularly when the Lockheed P-38 "Lightning" made its appearance. The P-38 went on to have a stellar wartime career and served in a myriad of roles over the battlefield. It was certainly a more compact offering when compared to the Airacuda and was piloted by just one crew while carrying bombs and rockets in addition to its standard cannon/machine gun armament mix.

None of the Airacuda airframes survived the war, being scrapped by early 1942.
Advertisements

OPTIONAL:
Up to 600 lb of conventional drop bombs for bomber destroyer role. 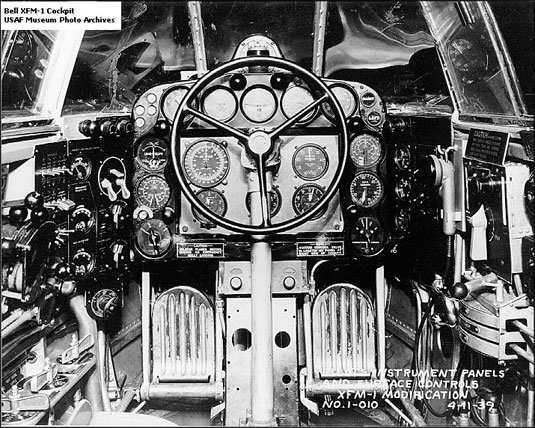 General Assessment
Firepower
Performance
Survivability
Versatility
Impact
Values are derrived from a variety of categories related to the design, overall function, and historical influence of this aircraft in aviation history.
Overall Rating
The overall rating takes into account over 60 individual factors related to this aircraft entry.
68
Rating is out of a possible 100 points.
Relative Maximum Speed
Hi: 300mph
Lo: 150mph
This entry's maximum listed speed (277mph). 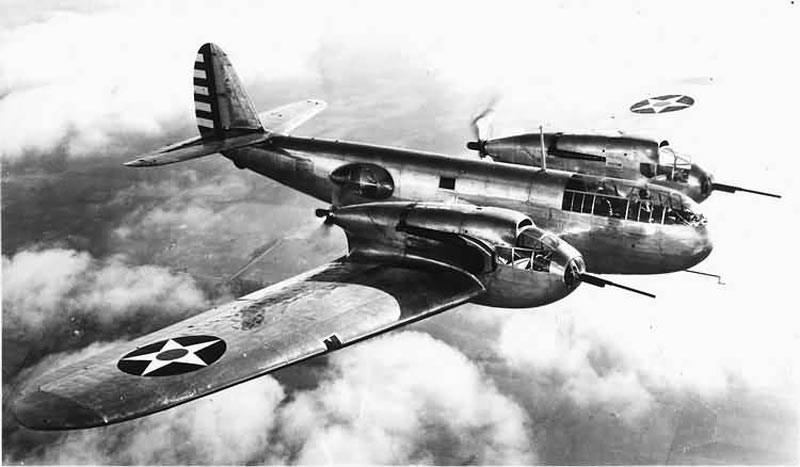 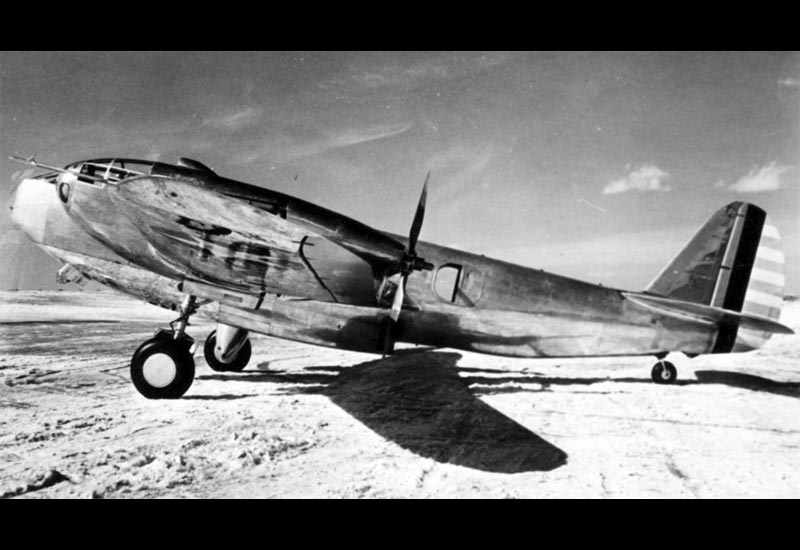 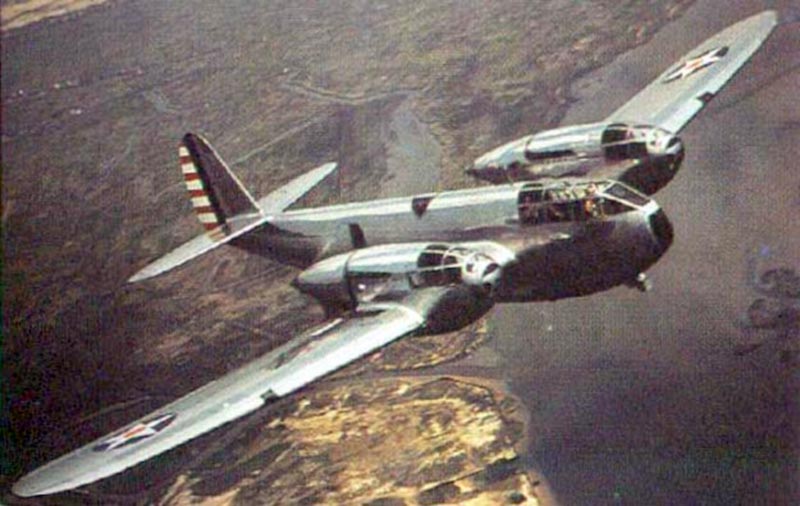