For its time, the nimble Polikarpov I-15 proved an excellent fighter platform and went on to serve over Spain, Manchuria, and the Eastern Front as related to World War 2.

Authored By: Staff Writer | Last Edited: 05/25/2019 | Content ©www.MilitaryFactory.com | The following text is exclusive to this site. 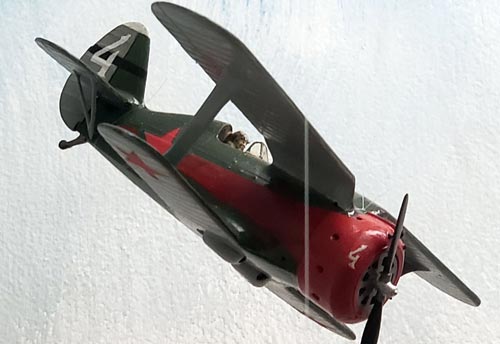 The Polikarpov I-15 was a biplane fighter aircraft designed and produced by the Soviet Union during the inter-war years. She saw extensive combat experience during the Spanish Civil War (1936-1939) and partook in the Second Sino-Japanese War (1937-1945) between China and Japan. The I-15 was still featured by the Soviet Air Force in the early 1940s and spent some time on the offensive as a ground attack aircraft during the Russo-Finnish Winter War. By the middle of World War 2, the I-15 had officially met her match against the modern monoplanes of the world and was on her way out. The I-15 series took on the nickname of "Chaika" which, when translated, became "Lapwing" or "Gull" in reference to her "gulled" upper wing assemblies.

Nikolai N. Polikarpov designed and produced a single-seat biplane fighter in 1927 known under the designation of "I-3". Its success was such that Polikarpov continued his design efforts in the field of aviation to ultimately deliver the similar, yet highly-improved, "DI-2" two-seat fighter of 1929. The DI-2 sported machine guns for an offensive and defensive sting - one mounted as a fixed, forward-firing emplacement for the pilot and a pair fitted to a flexible mounting for the rear gunner - very reminiscent of World War 1 scout aircraft design.

Polikarpov was then assigned with other engineers to the "I-6" fighter project, an ambitious program to deliver a modern - mostly wooden - fighter platform by the middle of 1930. In true Soviet fashion, when the group failed to deliver on the project's goals, some 450 engineers were arrested - among them Polikarpov. Polikarpov received a death sentence and languished in Soviet prisons for a duration. Two months before this scheduled execution, he was relocated and had his sentence "lightened" to ten years of hard labor. He was assigned to develop the I-5 fighter with "Design Bureau 39".

What followed next was the melding of two design minds. Polikarpov joined forces with Dmitri Grigorovitch and ultimately devised the I-5 single-seat biplane fighter. The new aircraft exhibited excellent handling and flight characteristics, giving her naturally excellent maneuverability. Four PV-1 series 7.7mm machine guns were affixed to the design for maximum potency (two in the upper fuselage and two in the lower fuselage sides). The prototype was made airborne in April of 1930 and some 800 examples were ultimately produced. Such was the success of the I-5 that Polikarpov's sentence was further lightened to be conditional in nature. Subsequently, he was granted complete amnesty from his previous sentences and, more-or-less, became a "free" man in August of 1932.

Soviet engineer Andrei Tupolev began developing a modern monoplane fighter - the I-14 - all his own to fulfill a direct Soviet Air Force need. Requiring insurance against his design (fearing it could be delayed), he contracted for the development and construction of two biplanes - the "I-14A" and the "I-14B" - as stopgap safety measures. As fate would have it, Polikarpov himself received the task to work on the I-14A, relying primarily on his experiences with the successful I-5 airframe as his guide.

The resulting I-14A design was an excellent, speedy fighter with great handling characteristics just as the I-5 before it. The I-14A prototype (also known as the TsKB-3bis) achieved first flight in October of 1933 was quickly one of the better fighter platforms around. Power was supplied from a Wright R-1820 Cyclone radial engine imported from America. In the end, both the I-14 and the I-14A were approved for quantitative production and Polikarpov's future in Soviet aviation lore was sealed.

Polikarpov's aircraft was designated as the "I-15" and full-scale production ramped up in 1934. The powerplant of choice for production models became the Shvetsov M-22, a license-produced version of the British Bristol Jupiter radial piston engine - an engine not as powerful as the imported Wright radial but suitable for the little fighter airframe nonetheless. Production, however, spanned just a short four years.

Polikarpov's firm was eventually dismantled and closed in 1940, this said to be the work of Soviet politics. Polikarpov himself went on to become a professor at the Moscow Aviation Institute in 1943 before succumbing to cancer on July 30th, 1944. To his name, he would leave behind the I-15 and I-16 fighter designs - both playing crucial roles in the survivability of several nations.

Polikarpov I-15 Production and Variants

The I-15 prototypes became the TsKB-3bis and the TsKB-3ter. The former utilized an imported Wright engine while the latter was fitted with a more powerful Shvetsov M-25V radial piston engine. Initial production examples were noted by the basic designation of I-15.

The improved I-15bis followed the base I-15 with testing in 1934. The type was delivered in production form in 1937 with a new more powerful Shvetsov M-25V engine that boosted the airframe's maximum speed. I-15bis was noted for her longer engine cowling and contoured spats on the main landing gear legs as well as a straight upper wing assembly (as opposed to the "gulled" appearance of the former production model). Armament was centered around 4 x 7.62mm PV-1 or ShKAS series machine guns and there was provision for up to 330lbs of external underwing ordnance when in the fighter-bomber role. Some 2,408 examples of this refined machine were produced in all.

The I-15 was modernized to an extent in the 1938 proposed "I-152". However, this model was not selected for quantitative production and existed in a single prototype form. The I-152GK was similar though fitted with an enclosed pressurized cabin for improved higher altitude sorties. Once again, only a single example was ever produced. Another "one-off" system became the I-152TK, this fitting two turbochargers for improved engine output. The I-15ter (also I-153) was a developmental model of the I-15 featuring a retractable undercarriage. The UTI-1 was a limit-quantity, two-seat trainer conversion model of which twenty aircraft were produced - each with redundant student/teacher controls in separate tandem cockpits. None of these were used by the Soviet Air Force.

Production of all I-15s ended in early 1939 to which some 3,313 examples were reportedly delivered, most made up of the I-15bis production models.
Advertisements

The Polikarpov I-15 took on the appearance of a fighter aircraft caught between two distinct periods of aviation. She sported a cylindrical, barrel-shaped body to which the large diameter radial engine was fitted in a forward compartment. The aircraft made use of a biplane wing assembly - a lower and an upper assembly - with the upper component fielding dihedral or a "gulled" up-angled look (this was straightened in later production models like the I-15bis). Each wing maintained single bays with one large vertical strut and strong cabling. The pilot sat in an open-air cockpit just aft of the wings, his head and neck protected from behind by the raised fuselage spine. Views were generally adequate, made worse y the rearward pilot placement, the forward engine placement and the biplane wings. The empennage was short and sported a rounded vertical tail fin and applicable horizontal planes. The undercarriage was fixed in place and made up of two single-wheeled main landing gear legs (spatted over in streamlined fairings on the I-15bis) and a diminutive tail wheel at the base of the empennage. The main fuselage body was constructed of steel and duralumin while the rear fuselage was covered over in fabric. Wings were of all wood. The I-15 exhibited a wing span of 33.6 feet with a running length of 20.7 feet. Height was listed at just over 7 feet.

The I-15 received power from a single Shvetsov M-25V radial piston engine of 775 horsepower spinning a two-bladed propeller system. This arrangement provided for maximum speeds of up to 230 miles per hour with a service ceiling equal to 31,170 feet and a range of 329 miles. Climb rate was 2,500 feet per minute.

Owing to the I-5 fighter biplane before it, armament for the I-15bis was purely offensive in nature. This constituted a battery of 4 x fixed, forward-firing 7.62mm machine guns. Up to 330lb of external stores could be fitted underwing and made the I-15 an effective fighter-bomber during her time aloft. Additionally, 6 x RS-82 unguided high-explosive rockets ultimately figured into the strike fighter role of the I-15, making for a more valuable battlefield system.

Polikarpov I-15 Operational History
The I-15 saw operation combat in the Spanish Civil War - to which the Soviet Union soon became involved in - and took on the nickname of "Chato" ("snub-nose"). The I-15 was fielded by the Republicans throughout the 1936-1939 conflict that also featured several key Nazi Germany war machines including the excellent Messerschmitt Bf 109 fighter. Initial I-15s deliveries began in October of 1936 and the type quickly established itself as a stout, reliable and heady performer. Combat garnered her a respectable reputation to the point that production facilities were set up on Spanish soil for license production of the nimble Soviet fighter - yielding a further 287 examples. Even after the Nationalist victory in March of 1939, I-15s were still kept in service, utilized primarily as trainer. The improved I-15bis eventually made it to Spanish inventories and were nicknamed "Super Chatos" by their recipients.

China received quantitative deliveries of the I-15 in their struggle against forces of the Empire of Japan in skies over Manchuria during the Second Sino-Japanese War (1937-1945). Reportedly, the Soviet Union also delivered pilots with these I-15s. The Chinese Nationalists became embroiled in a bitter conflict against forces of an invading Japanese Empire, the I-15 eventually proving to be outmoded by the more modern Japanese monoplanes.

The I-15bis model was also featured prominently by the Soviets in the Russo-Finnish 1939-1940 "Winter War" during their invasion of Finland. The invasion was to ultimately prove costly for the Soviets but territory was gained nonetheless, only to be lost once more in the years following.

Other operators ultimately included Mongolia, they utilizing some 40 or so aircraft from 1939 onwards.

Over 1,000 I-15s were still in the Soviet Air Force inventory by 1941. However, these had already passed their prime as direct-attack, frontline fighter platforms and were relegated to the ground attack role. By the middle of 1942, all were held in second-line roles and replaced by more modern and better-equipped combat platforms by the end of the year.

On December 31st, 1933 - just two months after the arrival of the I-15, Polikarpov unveiled his I-16 low-wing cantilever monoplane fighter during a first flight of the prototype. Upon its inception, the I-16 proved one of the world's best fighters of the time until, like the I-15, she was superseded by advanced types. But like the I-15, the I-16 still fought on into World War 2.
Advertisements

China; Finland; Nazi Germany; Soviet Union; Spain
(OPERATORS list includes past, present, and future operators when applicable)
✓ Air-to-Air Combat, Fighter
General ability to actively engage other aircraft of similar form and function, typically through guns, missiles, and/or aerial rockets. ✓ Close-Air Support (CAS)
Developed to operate in close proximity to active ground elements by way of a broad array of air-to-ground ordnance and munitions options. ✓ Training (General)
Developed ability to be used as a dedicated trainer for student pilots (typically under the supervision of an instructor). 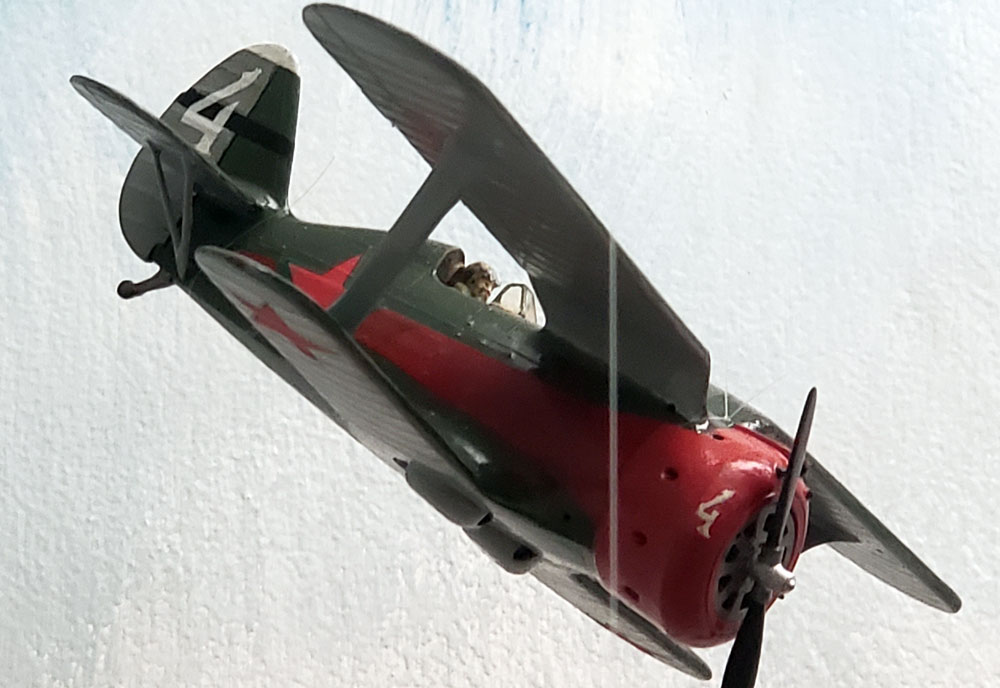 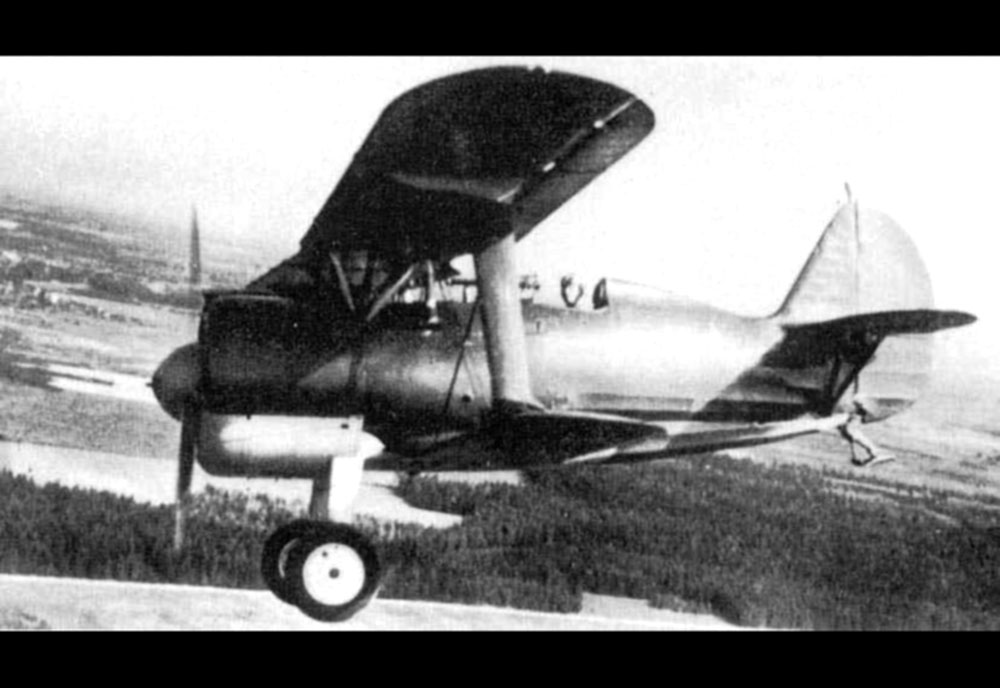 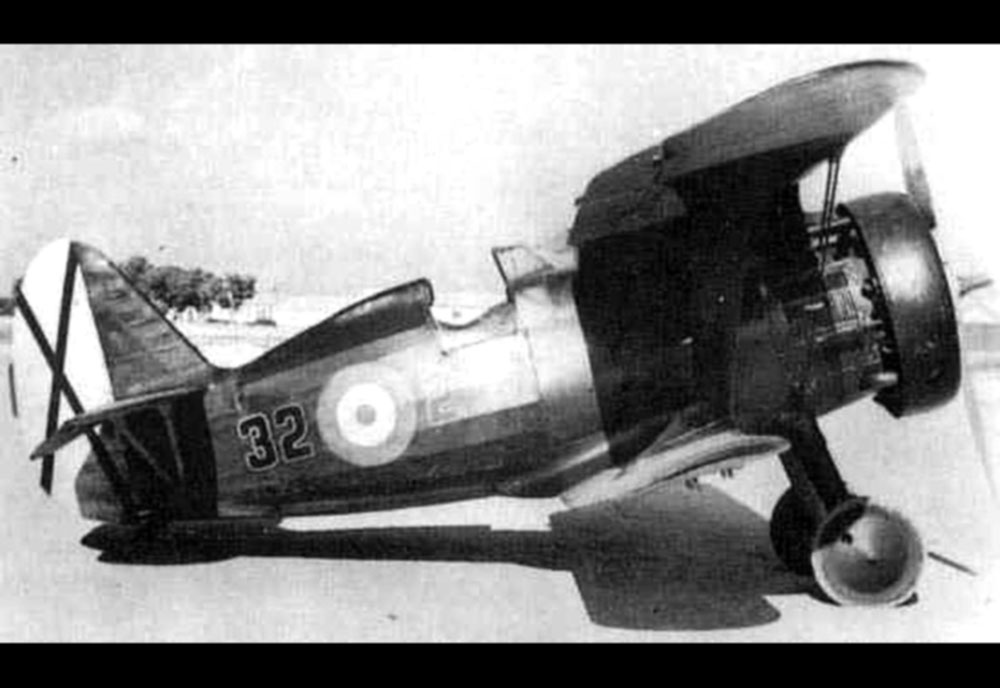 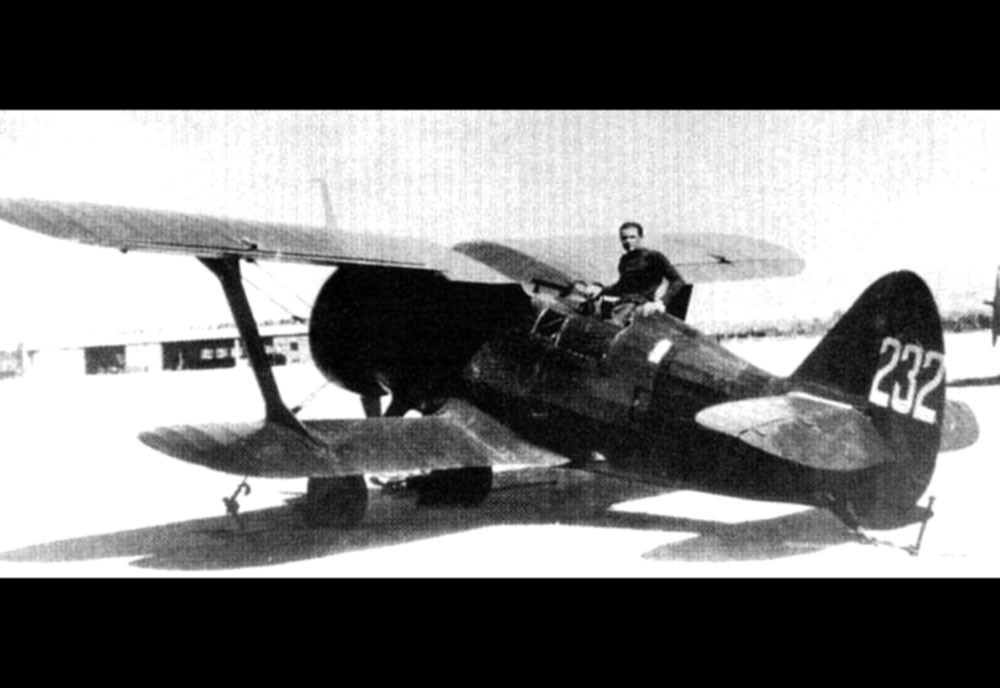