The Fokker D.XXI was a serviceable aircraft and saw its best days in the hands of Finnish pilots against the Soviets.

Authored By: Staff Writer | Last Edited: 03/07/2022 | Content ©www.MilitaryFactory.com | The following text is exclusive to this site. 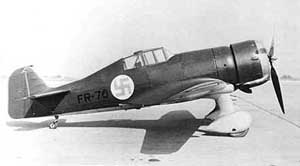 Designed by Anthony Fokker in 1935, the Fokker D.XXI first flew on March 27th, 1936. The system was originally intended to fill the ranks of the Netherlands East Indies Army Air Service but the arrival of World War 2 eventually pressed it into service with Finland, Denmark and Netherlands air force units against Germany. Operationally, the D.XXI proved a reliable airframe with solid performance specifications, good maneuverability and was relatively inexpensive to produce. At the time of its inception, it proved quite a revolutionary step forwards for the Dutch, with many of its current aircraft still resembling the biplanes of a forgotten era of military aviation. Some 200 of the type were eventually produced in Netherlands with license-production occurring in both Denmark and Finland.

Design of the D.XXI was conventional by mid-1930's standards. The pilot sat in an enclosed cockpit situated at about the midway point of the fuselage. Views from the glazed cockpit were adequate and featured relatively heavy framing in all useful directions though the pilot was seated forward enough to provide for better-than-average rearward views. The fuselage itself was streamlined from engine cowl to tail with construction being mainly of steel tubing covered over in most areas by fabric. Wings were constructed of wood and set as low-wing monoplanes forward of the cockpit floor. The front was dominated by the Bristol Mercury radial piston engine powering a three-bladed propeller. The undercarriage was of the typical "tail dragger" arrangement, sporting two spatted main landing gears under each wing and a single tail wheel aft. The empennage was contoured with an identifiable "razorback" style upper rear fuselage assembly leading from cockpit to the tail unit. The tail itself was traditional, featuring a single vertical tail fin and associated horizontal planes. A protruding cockpit antenna and external gunsight were distinguishing profile hallmarks of the series design.

Armament initially consisted of 4 x 7.92mm FN Browning M36 machine guns, two mounted in the upper engine cowling synchronized to fire through the spinning propeller blades with an additional two in the wings (one to a wing). Finnish-produced aircraft had their cowling machine guns relocated to the wings, paired with the existing two. Another Finnish amendment (though not related to armament) was the inclusion of skis as landing gears to make for a better - and distinctly Finnish - "snow-friendly" aircraft.

Deployment of the D.XXI began as early as 1936 with limited quantities used for the first time in anger by the Spanish Republic in the Spanish Civil War. By May of 1940, D.XXIs were quantitatively available to the Dutch Air Force in time to combat the German invasion. With only 28 Fokker D.XXIs in service to them, Dutch pilots of the Dutch Army Aviation Group valiantly faced a better foe fielding the impressive Messerschmitt BF 109 inline-engined, single-seat monoplane fighters. D.XXI's held their own against the well-trained and confident invaders during a barely-week-long stretch, though the Netherlands eventually capitulated to the Nazis after this five-day span - receiving little help from the Allies. For their short time in service with the defending Dutch pilots, May 10th represented the aircraft's finest day in combat scoring an impressive 37 total air kills - though it should be noted that this occurred against Junkers Ju 52 transport aircraft. In all, the Netherlands fielded a total of 36 D.XXIs.

License production D.XXIs in Finland ran from 1939 until 1944. These systems were differentiated by the aforementioned machine gun allocation as well as internal provisions to take on either the Bristol Pegasus or Pratt & Whitney Twin Wasp Junior radial engines of 825 horsepower. Finnish D.XXI's fared surprisingly well against the early-form Soviet fighters in their Winter War - the Soviet Union's invasion of Finland - making up seven Finnish Air Force squadrons (Nos. 10, 12, 14, 24, 26, 30 and 32). Over the subsequent months, the D.XXI quickly became outclassed by the better-armed and better-performing Soviet fighters. Despite this, several Finnish pilots were able to achieve "ace" status flying these machines. In all, Finland produced 90 such D.XXIs and received a noted delivery of at least 7 more systems.

As the other license-producer of the aircraft, Denmark D.XXIs operated against the German Luftwaffe in March of 1940. Denmark produced 15 new-build systems and received at least 7 more D.XXIs.

A variety of differing D.XXI models were inevitably proposed - mostly fitting different engines - though these never saw production. Proposed variants included the "Project 150", sporting the Bristol Hercules engine, the "Project 151", fitting a Rolls-Royce Merlin engine and "Project 152", this airframe to make use of the Daimler-Benz DB.600H series engine.

The Fokker D.XXI also operated under German Luftwaffe markings as captured systems reintegrated into service . The number of aircraft in use by the Luftwaffe was unknown.©MilitaryFactory.com
Note: The above text is EXCLUSIVE to the site www.MilitaryFactory.com. It is the product of many hours of research and work made possible with the help of contributors, veterans, insiders, and topic specialists. If you happen upon this text anywhere else on the internet or in print, please let us know at MilitaryFactory AT gmail DOT com so that we may take appropriate action against the offender / offending site and continue to protect this original work.
Advertisements

(Showcased performance specifications pertain to the base Fokker D.XXI production variant. Performance specifications showcased above are subject to environmental factors as well as aircraft configuration. Estimates are made when Real Data not available. Compare this aircraft entry against any other in our database or View aircraft by powerplant type)
STANDARD:
4 x 7.92mm FN Browning M36 machine guns. 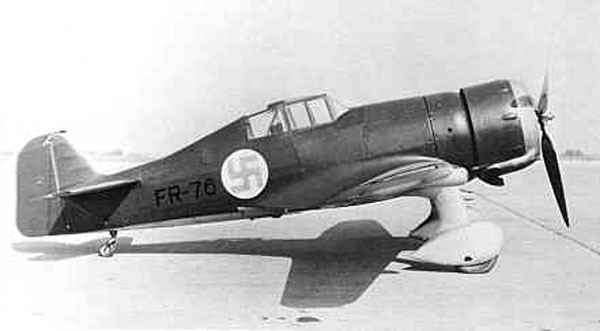 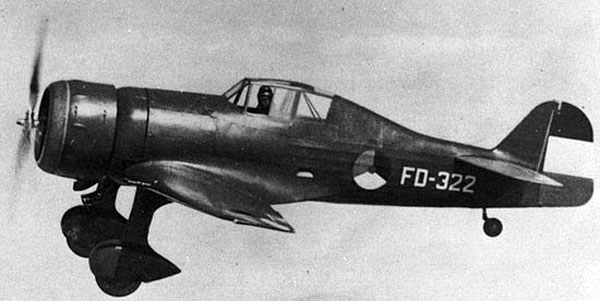 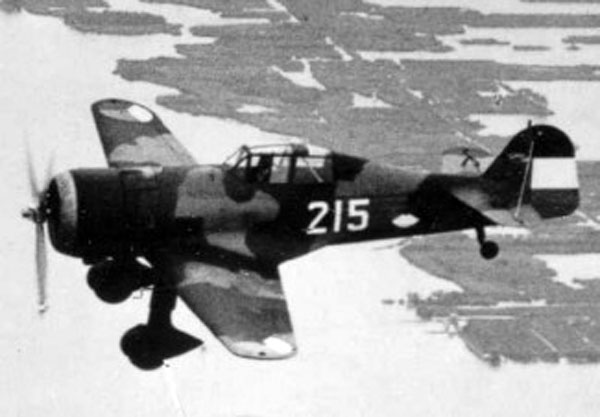 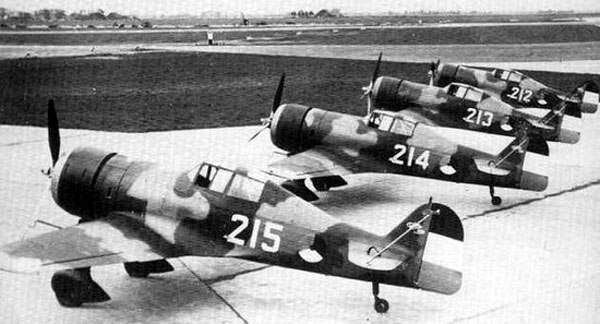