The Cau R.11 appeared in the last year of the war and evolved from armed reconnaissance to bomber escort. 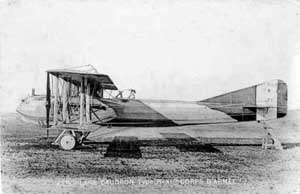 The Caudron R.11 was initially developed as an armed reconnaissance platform for the French Air Service and found its niche as a fighter escort during World War 1 (1914-1918). The aircraft was managed by a crew of three - a pilot and two machine gunners - and was of a large two-engine configuration with biplane wing arrangement - essentially a heavy fighter before the category ever existed. The R.11 was based on the existing R.4 twin-engined reconnaissance line though with an all-new, more streamlined nose and fuselage assembly and revised tail unit. Design of the aircraft was attributed to Paul Deville and achieved first flight in 1917. The initial French unit to receive the R.11 was Escadrille R.26. The aircraft series went on to see combat service throughout the final months of World War 1 and continued in active service until around 1922. Some 370 examples were produced despite a wartime order of 1,000 aircraft being issued. Appropriately, the end of the war in November of 1918 signaled a curtailing of orders.

The R.11 featured many refinements over preceding bomber-type aircraft utilized during the war. The 2 x 220 horsepower Hispano-Suiza engines (powering two-bladed wooden propellers) were housed in aerodynamically-refined nacelles, a design feature that would later become synonymous with all aircraft during the interwar years leading up to World War 2 (1939-1945). The fuselage was given a well-streamlined shape, contrasting the slab-sided, boxy designs of previous years. The R.11 also featured a large-area tail structure for added stability. Its undercarriage was of a typical "tail-dragger" arrangement utilizing two large, fixed landing gear legs each managing two landing wheels. The aircraft was defensed by no fewer than 5 x 7.7mm Lewis machine guns on trainable mountings to engage enemy aircraft at various angled. In the light bombing role, the R.11 carried an ordnance load of just 265 pounds, all externally. The crew of three were all positioned along the fuselage in three individual open-air cockpits with the pilot situated between the top and bottom biplane wing assemblies. The rear gunner was behind him and a bow gunner was found at the extreme forward end of the aircraft. The wings were of equal span with three bays and parallel struts.

The R.11 reported a maximum endurance of 3 hours and could manage a service ceiling up to 19,500 feet. Its top speed was 114 miles per hour from its twin engine output and aerodynamic design. The aircraft was eventually delivered to French squadrons R.46, R.239, R.240, R.241, R.242 and the R.246 and some stock fell to the American Expeditionary Force (AEF). The R.11 holds the distinction of becoming the last French production aircraft of World War 1, also forming the final French squadron (R.246) of the war.

Caudron also developed the R.12 based highly on the R.11 design though this form was never adopted. The R.14 emerged in the fighting of August 1918 and overtook any further design of the R.12.

The Caudron concern was founded in 1908 and produced military aircraft for both World War 1 and World War 2, producing over 4,000 aircraft for World War 1 service alone. It was absorbed by Renault in 1933 and the name survived into the mid-to-late 1930s.
Advertisements

(Showcased performance specifications pertain to the base Caudron R.11 production variant. Compare this aircraft entry against any other in our database or View aircraft by powerplant type)
STANDARD:
5 x 7.7mm (0.303") Lewis Machine Guns on flexible mountings.

OPTIONAL:
Up to 265 lb of external stores (conventional drop bombs).

Cau R.11 - Base Series Designation
Cau R.12 - Experimental variant based on the R.11 but fitted with larger engines.
Cau R.14 - Variant of the R bomber series appearing in August of 1918. 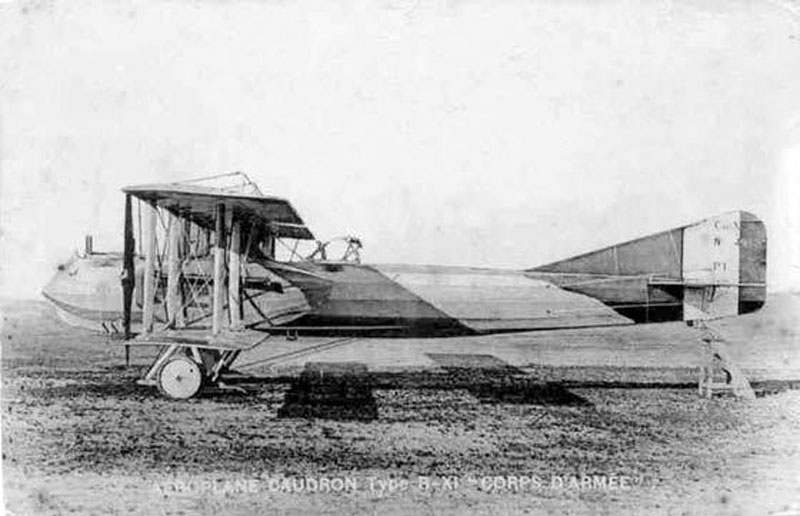 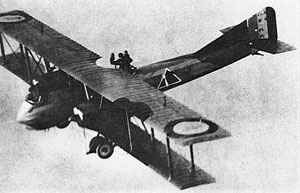