The Friedrichshafen G.III proved an excellent bomber for the German Empire during World War 1, seeing destructive action in night sorties.

Authored By: Dan Alex | Last Edited: 10/07/2020 | Content ©www.MilitaryFactory.com | The following text is exclusive to this site. 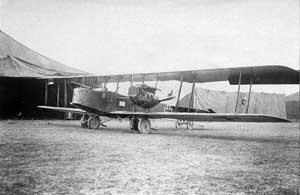 The Friedrichshafen G.III was a medium bi-plane class bomber utilized by the German Empire in World War 1 and designed by the firm of Flugzeugbau Friedrichshafen GmbH. The G.III was designed to make up for the limitations inherent in the successful Friedrichshafen G.II bomber series - mainly in operating range and overall bomb load. The G.III went on to make up a large portion of the Empire's night bomber force, sharing duties alongside the excellent Gotha G.V, and saw extensive actions from its inception in February of 1917 on to the end of the war in November of 1918. The G.III was noted for its reliability and power which allowed her to carry a substantial bomb load for her time. The type soldiered on in post-war Germany in the commercial market for a time before being removed from the skies by way of the Treaty of Versailles.

Design was conventional as World War 1 bombers go. Wings were large-spanning biplane assemblies fitted along the forward portion of the fuselage and set with three bays divided up by parallel interplane struts. An engine was suspended to either fuselage side between the first and second bays. The upper wing assembly was designed with a slightly wider span than the lower and sported some slight dihedral (upward angle). The G.III sported a curved nose assembly housing the position "tub" for the front machine gunner. The long fuselage was slab-sided and tapered off at the rear. The empennage originally held a conventional tail unit made up of a single vertical tail fin and applicable horizontal planes (the G.IIIa subvariant would later introduce a more complex biplane-type tail unit). The undercarriage was made up of two double-wheeled main landing gear legs that was complimented by an auxiliary wheel system fitted just under the nose gunners position to help prevent "nose-over" landings prevalent in the design of the G.II. The rear rested upon a simple tail skid. The pilot's position was set below and just ahead of the upper wing, offset to the left. The rear gunner sat in a ring-mounted tub aft of the wings. All crew positions were open-air affairs providing excellent visibility but at the same time exposing them to the night time elements at 14,000 feet.

Power was supplied by a pair of Mercedes D.IVa inline piston engines, each delivering 260 horsepower and operating in a "pusher" arrangement with two propeller blades (as opposed to "puller" arrangement would have indicated that the propellers would be mounted at the forward portion of the engine nacelle, thus "pulling" the aircraft through the sky - the G.III operated with the propellers fitted to the rear of the nacelle). Performance specifications included a respectable maximum speed of 84 miles per hour with a range of approximately five hours of flight time - the latter suitable to engage targets within France from the relatively safety of German soil. Service ceiling was reported to be about 14,764 feet.

Armament centered around a standard defensive setup of two (or three depending on the model) 7.92mm Parabellum MG14-series machine guns. One machine gun protected the forward arc of the G.III whilst a second machine gun was utilized to protect the rear. A third machine gun would later serve to attack enemy aircraft coming up from underneath. As a bomber, the G.III made use of up to 2,200lbs of ordnance (held both internally and externally) which itself could be made up of a combination of munition types and weights. Bombs came in the form of 110lb, 220lb, 660lb and 2,200lb munitions and, naturally, the higher the ordnance load the greater the decrease to the G.IIIs overall performance.

The G.III emerged in two major wartime variants alongside the base production G.III itself. These were designated simply as the "G.IIIa" and the "G.IIIb". The G.IIIa introduced an all-new, complex biplane-style tail unit which featured two horizontal planes and two vertical tail fins improving control. Additionally, a third 7.92mm machine gun, this made to fire downwards and operated by the rear gunner, could protect the bomber's vulnerable underbelly from attack. The G.IIIa eventually overtook the base G.III model along the production lines in whole by 1918. The G.IIIb arrived later in 1918 and featured a rear gunners area that was now connected to the cockpit via a passageway, thereby increasing crew communications.

The Friedrichshafen G.III was utilized to great effect in World War 1 primarily as a night bomber. Its superb payload and ability to take quite a bit of punishment saw it operate within range along the Western Front. Friedrichshafen, Daimler and Hanseatische Flugzeug Werke were all tapped to produce the machine to which some 338 examples were ultimately delivered before the end of the war though some 1,000 were on order - a testament to the value of this lethal machine. License production in Austria-Hungary never materialized but was discussed before the cessation of hostilities.

At any rate, the G.III was a proven performer that more than surpassed the successes of the G.II before it, becoming a standard frontline operational bomber for the German Empire until the end of the war. The Friedrichshafen G.III saw some use in the early years of post-war Germany, this with the civilian market in the cargo and passenger roles. The Treaty of Versailles, designed to permanently hog-tie the German war machine and lay all blame for the war at the feet of the one-proud Empire, grounded the G.III from continuing in these roles and thusly ending its legacy.

The G.III was evolved into the G.IV and G.V bomber models. These had their bow machine guns removed and sported an all-new shortened nose section. Engines were now of the "tractor" variety and not "pushers". The G.IV saw only limited actions before the end of the war while the G.V did not fly until after the war had ended.

Friedrichshafen designated the G.III internally as the "FF.45".©MilitaryFactory.com
Note: The above text is EXCLUSIVE to the site www.MilitaryFactory.com. It is the product of many hours of research and work made possible with the help of contributors, veterans, insiders, and topic specialists. If you happen upon this text anywhere else on the internet or in print, please let us know at MilitaryFactory AT gmail DOT com so that we may take appropriate action against the offender / offending site and continue to protect this original work.
Advertisements

German Empire
(OPERATORS list includes past, present, and future operators when applicable)
✓ Ground Attack (Bombing, Strafing)
Ability to conduct aerial bombing of ground targets by way of (but not limited to) guns, bombs, missiles, rockets, and the like. ✓ Transport
General transport functionality to move supplies/cargo or personnel (including wounded and VIP) over range. ✓ Commercial Aviation
Used in roles serving the commercial aviation market, ferrying both passengers and goods over range.

(Showcased performance specifications pertain to the Friedrichshafen G.III production variant. Performance specifications showcased above are subject to environmental factors as well as aircraft configuration. Estimates are made when Real Data not available. Compare this aircraft entry against any other in our database or View aircraft by powerplant type)
STANDARD:
1 x 7.92mm Parabellum MG14 machine gun in forward gunners position.
1 x 7.92mm Parabellum MG14 machine gun in rear gunners position. 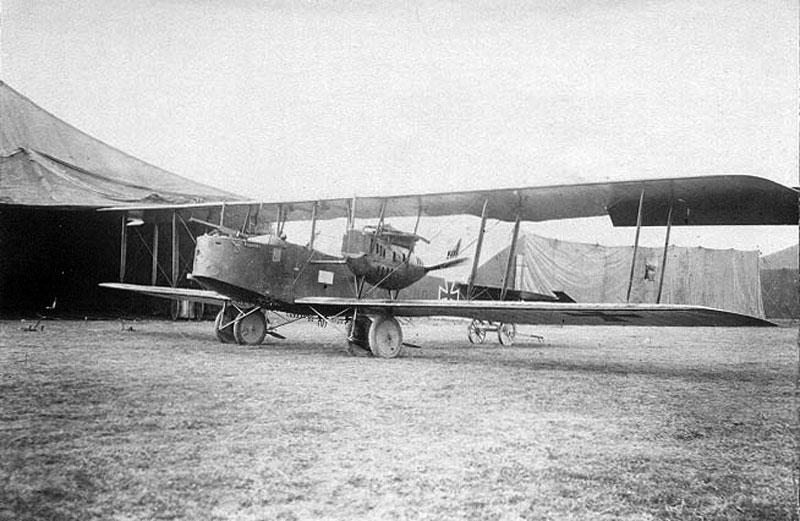 Front left side view of the Friedrichshafen G.III bomber
2 / 2

Right side view of the Friedrichshafen G.IIIa bomber
❮ ❯