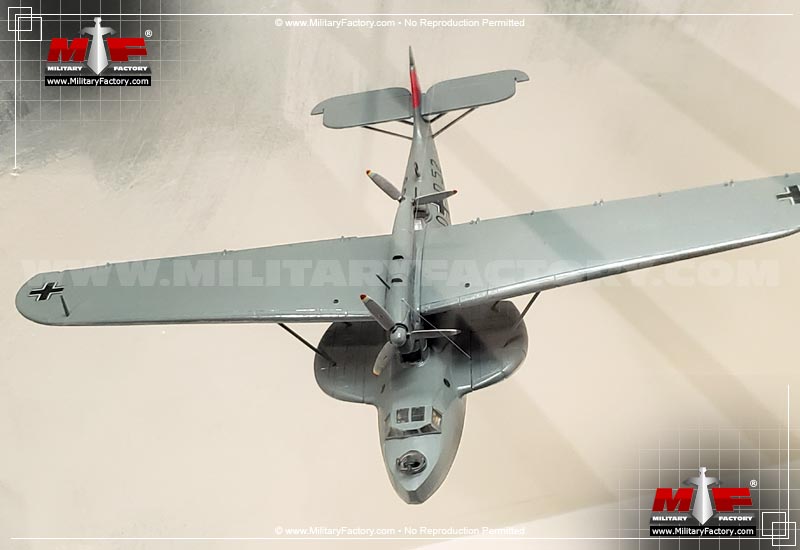 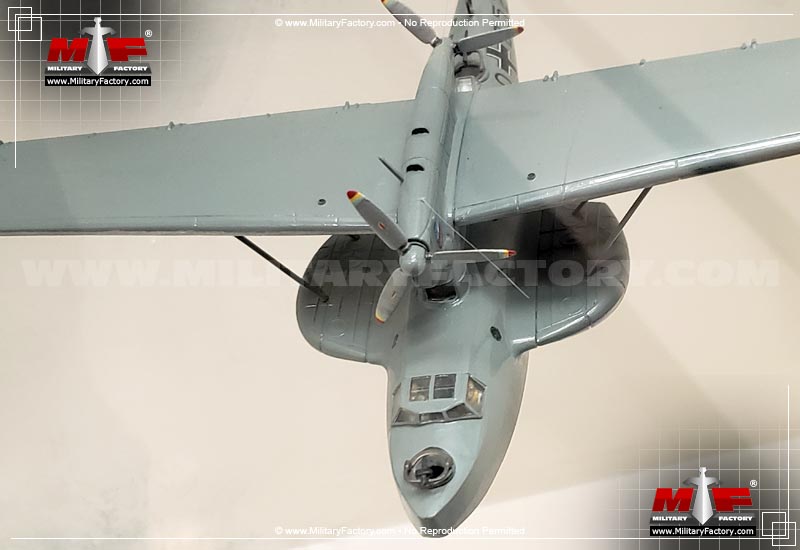 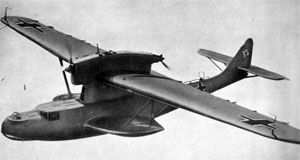 The Dornier Do 18 was an outdated flying boat design for Germany at the start of World War 2 but managed several distance records for its time in the air.

Though a serviceable flying boat with a successful pedigree, the Dornier Do 18 was highly outclassed and outdated at the start of World War 2 and was subsequently used in limited numbers, relegated mostly to air and sea rescue operations and the like. Based on the Dornier Do 15 series of mail-carrying flying boats, the Do 18 inherited all of the preceding design's benefits but was outfitted for a militarized role with improved engines and defensive armament. Too many shortcomings in the lumbering design made the reach of such a machine unpractical in the changing face of warfare throughout the conflict though the system would still hold on to some distance records for a time regardless.

One of the most unusual features of the design of the Do 18 was in the implementation of the engines. The aircraft housed two engines in a single nacelle mounted above the fuselage. Generally, the overall look of the aircraft quite attractive, featuring smooth lines and a slim shape. The characteristic boat hull was highly visible on the underside of the fuselage. The large wing elements were high mounted through the raised engine nacelle though not supported at the ends by floats. Instead, the wing elements were supported closer to the wing roots thanks to a smallish structure jutting out from either side of the fuselage. This support was effectively the stabilizing sponsons for water landings and surface idling. Defensive armament found in this militarized variant consisted of a single 7.92mm machine gun mounted in an open-air bow position and an open-air dorsal position. The G-series model incorporated improved armament consisting of a single 13mm machine gun at the bow and a power-operated dorsal turret housing a potent 20mm cannon. Power was derived from a series of Junkers and BMW brand engines throughout the production lifetime of the aircraft and differed slightly in horsepower output.

The Do 18 holds the distinction of being the first German craft to fall to British gun fire. This occurred on September 26th in 1939 in which a Do 18 was felled by a Blackburn Skua. The Do 18 crew landed safely in the water but were rounded up by British naval personnel as prisoners. Once aboard the British ship, the Do 18 was subsequently destroyed.

A dedicated air and sea variant existed as the Do 18N-1 while a dual-control Do 18H was used for pilot training. The Do 18 was replaced in service by the favorable Blohm & Voss 138 series by 1942.

Values are derrived from a variety of categories related to the design, overall function, and historical influence of this aircraft in aviation history.
Overall Rating
The overall rating takes into account over 60 individual factors related to this aircraft entry.
32
Rating is out of a possible 100 points.
Relative Maximum Speed
Hi: 200mph
Lo: 100mph
This entry's maximum listed speed (165mph).