The Fieseler Fi 156 Storch was a multi-faceted performer for the Third Reich in World War 2.

Authored By: Staff Writer | Last Edited: 06/12/2017 | Content ©www.MilitaryFactory.com | The following text is exclusive to this site. 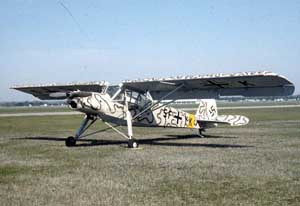 The seemingly fragile Fieseler Fi 156 Storch(or "Stork") does not seem to have a home in a global conflict as World War 2 was yet the little machine became a spectacular multi-purpose airframe to which the Third Reich put to good use throughout the war and on all fronts. The versatile performer allowed for just about any field or road to be used as a base of operations and the system could loiter in the skies for a time in the slightest of headwinds. These capabilities allowed the Storch to perform as an effective reconnaissance, mission liaison and air ambulance in its time during the war. When called upon, this stork delivered.

Design of the Fi 156 was almost utilitarian. Wings were of a monoplane design mounted high atop the fuselage with the smallish cockpit just underneath. The most identifiable feature of the Stork lay in the angled fixed landing gear, with its connecting struts making their way from fuselage to wings. The engine was mounted at extreme front and powered up to about 240 horsepower. The fuselage proved durable and capable of light-type sorties that in some cases saw single litters of wounded being brought aboard in the medevac role.

The basic yet competent construction allowed the Storch access to remote and sometimes unforgiving terrain. The aircraft was designed in such a way that the airframe proved to be a terrific short take-off and landing (STOL) performer. Such were its capabilities that the aircraft needed less than a football field's length take off and much less than that to land on. This was evident in the grand rescue of Italian Dictator Benito Mussolini from his Gran Sasso prison in 1943, playing a part alongside the German special forces units. In the end, the Storch appeared in a handful of variants through to the final days of the war.©MilitaryFactory.com
Note: The above text is EXCLUSIVE to the site www.MilitaryFactory.com. It is the product of many hours of research and work made possible with the help of contributors, veterans, insiders, and topic specialists. If you happen upon this text anywhere else on the internet or in print, please let us know at MilitaryFactory AT gmail DOT com so that we may take appropriate action against the offender / offending site and continue to protect this original work.
Advertisements

(Showcased performance specifications pertain to the Fieseler Fi 156C-2 Storch (Stork) production variant. Performance specifications showcased above are subject to environmental factors as well as aircraft configuration. Estimates are made when Real Data not available. Compare this aircraft entry against any other in our database or View aircraft by powerplant type)
OPTIONAL (Variant Dependent):
1 OR 2 x 7.92mm machine gun(s) in rear trainable gun position or side cabin windows.
Depth Charges
Conventional Drop Bombs 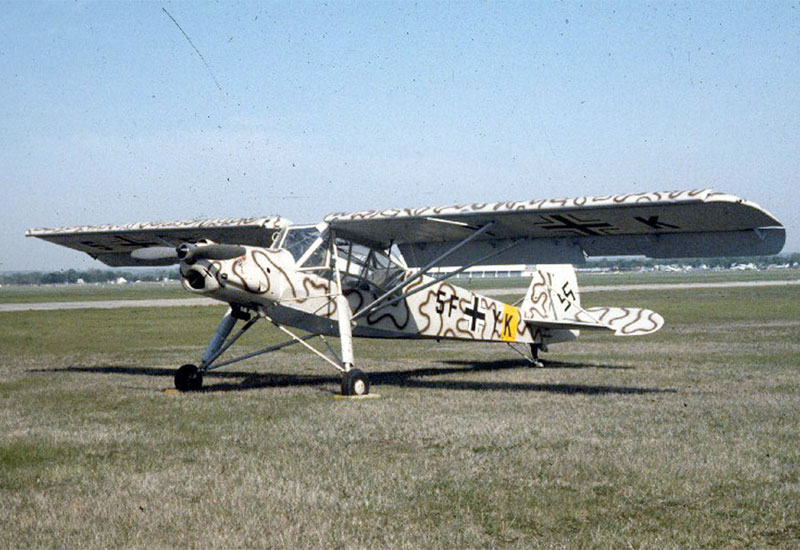 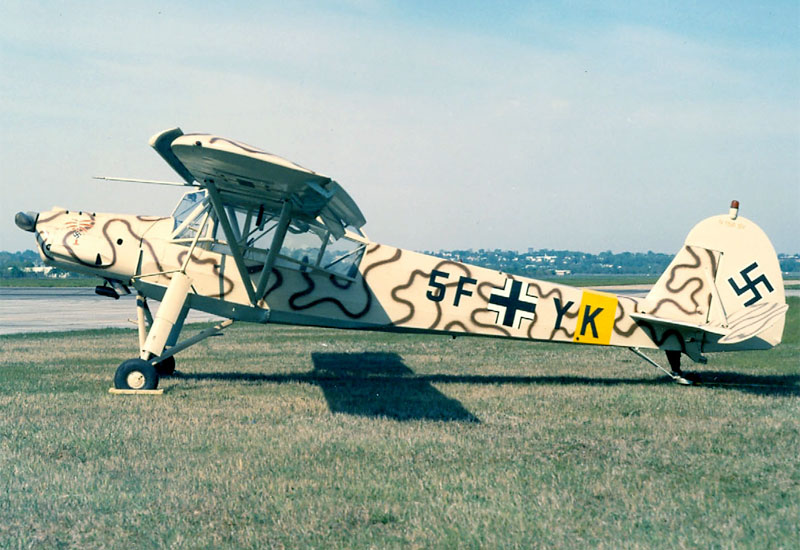 Left side view of a Fieseler Fi 156 Storch aircraft on display; color
3 / 3