The Kawasaki Ki-100 was the definitive high-performance fighter for Imperial Japan, oft-regarded as the best fighter the country fielded by the end of the war in 1945.

Authored By: Staff Writer | Last Edited: 06/29/2020 | Content ©www.MilitaryFactory.com | The following text is exclusive to this site. 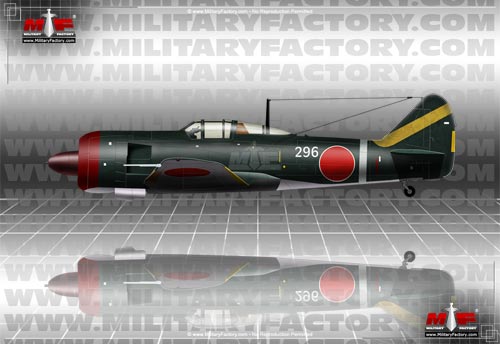 Despite being produced in severely limited numbers (thanks in large part to the Allied bombing campaigns in the Pacific), the Kawasaki Ki-100 is often regarded as one of the best Japanese production fighters available in the closing months of the war. The system was designed as an off-shoot of the semi-successful Kawasaki Ki-61 Hien yet it offered up better high-altitude performance that allowed for the interception of the high-flying American B-29 Superfortresses. The Ki-100 proved to be a valued and capable performer, which in itself was a triumph considering the series did nothing more than attach a successful powerplant to an existing airframe (Ki-61-II models) done in initially by its own engine shortage.

The Ki-100 would have not been a development had the Allied bombing campaign put an end to the factory supplying a new-breed Kawasaki engine powering the Ki-61 series. As a result, Kawasaki found itself with a bounty of empty airframes in need of a powerplant and it was decided to mate the airframes with a proven Mitsubishi-type albeit with a little modification to the Ki-61 design. The result was the Kawasaki Ki-100 fighter series with the Mitsubishi Ha-112-II of 1,500 horsepower. With three such examples produced, the aircraft tested positively and forced the conversion of over 270 airframes of equal design. Combat results were equally favorable, earning the Ki-100 a grand reputation and offering the Japanese Army a true performer in equal terms with American aircraft ingenuity.

Externally, the resulting Ki-100 shared little in resemblance to the preceding Ki-61 design. Still of a low-monoplane wing layout, the noticeable difference was in the enlarged fuselage, particularly at forward, where room was made to accommodate the larger Mitsubishi powerplant. The cockpit was situated high and above the wings, offering up a tremendous view from all sides and to the rear. the cockpit, incidentally, was of an original design related to the proposed Ki-61-III but never executed until the need for the Ki-100 arose. Armament consisted of a pair of 12.7mm machine guns mounted in the fuselage with a single instance of 20mm cannon in each wing. The armament combination offered up good bomber-destroying capabilities that were lacking in most of the earlier Japanese designs. Two under-wing hardpoints provided the system with an optional pair of 551 pound drop bombs for ground attack duties or drop tanks for increased operational range.
Advertisements

Performance from the Mitsubishi Ha-112-II 14-cylinder radial piston engine offered up tremendous capabilities in top speed, ceiling limit and range. Top speed was reported at some 367 miles per hour while, more importantly, the ceiling limit was tabbed at nearly 33,000 feet. maximum range topped out at over 1,200 miles beating out both of the other favorable Japanese fighter designs in the Kawanishi N1K1-J Shiden and the Kawasaki Ki-61 Hien. The success of the Ki-100 necessitated an improved offering that sought to mate a more powerful Ha-112-II in the form of the Ha-112-IIru engine to the design with an integrated turbocharger. The resulting mix would have made for a more capable high-altitude performer but, alas, only three such prototypes (with the series designation of Ki-100-II) were produced before war's end.

The Allied bombing campaign - as it was in Europe - proved successful to derailing further development and improvement to most Axis aircraft creations. Such was the case with the exceptional Ki-100 which, had it been produced in greater numbers, might have provided Japan with a much-needed interceptor to curtail the Allied bombing effort. As it was, however, the Kawasaki Ki-100, though not limited in performance or capability, was done in by the fact that it simply appeared too late in the Pacific Theater to make much of a difference in the outcome that was 1945.
Advertisements 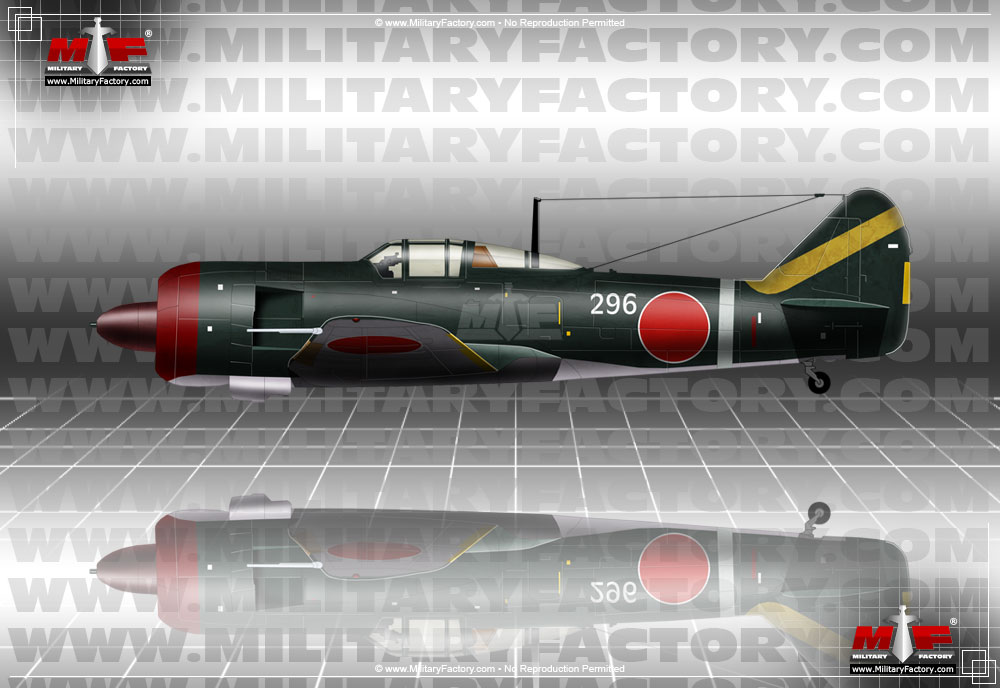