The Beriev A-40 is a unique jet-powered amphibious aircraft, capable of take-off and landing from water or land.

Authored By: Staff Writer | Last Edited: 09/09/2019 | Content ©www.MilitaryFactory.com | The following text is exclusive to this site. 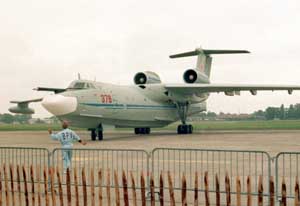 The Soviets progressed jet-powered amphibious aircraft more so than any world power during the Cold War years. Beriev, with a long-running history in flying boat designs, developed the Beriev A-40 "Albatros" (NATO codename: "Mermaid") which appeared in the mid-1980s. The aircraft was primarily developed as an Anti-Submarine Warfare (ASW) platform and its amphibious capabilities allowed for it to take-off and land from a viable water source or a traditional runway as needed. Beriev had already sold its Be-12 "Seagull" to the Soviet Navy back in the 1960s and the A-40 was intended as its successor. It would also have replaced the land-based Ilyushin IL-38 ASW patrol platform which began service in 1967. However, with the fall of the Soviet Union in the early 1990s, the program was shelved after only one prototype lay completed and a second nearing completion.

Design work on the type began in 1983 to which the aircraft received its first flight on December 8th, 1986. The first flight came about in accidental fashion when a high-speed taxi run found the crew with no runway distance to stop, forcing them airborne. The flight was accepted for what it was and important data collection occurred. The aircraft came as a surprise to Western observers when it was identified as an all-new type in 1988 via satellite photography. The first public unveiling was during the 1989 Soviet Aviation Day event at Tushino, Moscow.

The outward design of the A-40 included a tubular fuselage section containing the cockpit at its extreme forward end. The fuselage incorporated a smooth, boat-like hull for the projected water landing while a wheeled undercarriage was used for land-based sorties. High, shoulder-mounted wing appendages allowed for increased lift and low-level stability while supported on water through wingtip pontoons. The pair of jet engines were also high-mounted while fitted aft of the main wing section and ahead of the tail unit. Each engine was seated atop structural extensions emanating from the wing trailing edges. The tail unit was a traditional "T" arrangement with high-mounted tailplanes. The wheeled undercarriage included a pair of four-wheeled main legs and a two-wheeled nose leg. A typical operating crew numbered eight to include a pair of pilots and systems specialists. An in-flight refueling probe was installed for extended endurance.

Power for the aircraft was granted through 2 x Aviadvigatel (Soloviev) D-30KPV turbofan engines delivering 24,500lbs thrust each. The aircraft also relied on 2 x Klimov/RKBM (Kolesov) RD36-35 series turbojet "boosters" for its shorter take-off quality and these produced an additional 5,180lbs of thrust. Maximum speed was listed at 500 miles per hour with an overall range out to 2,200 miles, a service ceiling of 31,825 feet and a rate-of-climb of 5,900 feet per second. The A-40 was cleared to take-off in Sea State 6 (very rough waves reaching 6.5 feet) conditions.

As an active-seeking "submarine hunter", the A-40 was cleared for a variety of naval weapons including the Kh-35 (AS-20"Kayak") anti-ship missile, the Orlan ("Sea Eagle") torpedo and the Korshun ("Kite") guided missile. Support was also made for the dropping of depth charges and naval mines as well as sonobouys. Ordnance is managed through external underwing hardpoints or an internal bomb bay.

Beyond the base A-40 designation (covering the two prototypes), the was to be evolved across several notable variants. The A-40M was intended for modernized versions with updated systems while A-40P was to be a dedicated fire-fighting platform. The A-40PM was a proposed dedicated passenger airliner-type model to which the Be-40PT was to serve in a modular passenger/cargo hauling fashion. A-42 would have marked a projected Search And Rescue (SAR) version and A-44 was to be a standalone maritime patrol platform. The A-42E was another proposed form, this intended as an export variant of the maritime patrol and SAR models.

Despite its unfinished testing phase in the late 1980s, and coupled with the resurgence of Russian military spending, it has been stated that the Beriev A-40 is in consideration once again to replace the wholly-aged Be-12 and IL-38 lines for the modern Russian Navy. The Navy expects to field at least four of the type in its ASW and SAR configurations. The original Soviet Navy requirement was for twenty aircraft before the Soviet collapse.

The Beriev Be-200 is a related A-40 development which utilizes the same basic configuration and stands as a more modern, refined offering. The Be-200 achieved its first flight in 1998 and entered service in 2003 to which nine of the series have been completed up to December 2013. Several variants of this aircraft exist though only Azerbaijan and Russia are its formal operators. While Beriev is the aircraft designer, Irkut is the primary manufacturer of the newer aircraft.©MilitaryFactory.com
Note: The above text is EXCLUSIVE to the site www.MilitaryFactory.com. It is the product of many hours of research and work made possible with the help of contributors, veterans, insiders, and topic specialists. If you happen upon this text anywhere else on the internet or in print, please let us know at MilitaryFactory AT gmail DOT com so that we may take appropriate action against the offender / offending site and continue to protect this original work.

September 2008 - Russian Navy authorities announced that the A-42 will be taken into service in number to fulfill the Anti-Submarine Warfare (ASW) and Search & Rescue (SAR) roles. Up to four of the aircraft will be procured with an expected service year of 2013. These will be used to succeed an aging stock of Be-12 and IL-38 types.

(Showcased performance specifications pertain to the Beriev A-40 production variant. Compare this aircraft entry against any other in our database or View aircraft by powerplant type)
Mission-specific drop/air-launched ordnance as required. Can include Kh-35 anti-ship missile at underwing pylons or internally-held torpedoes, guided missiles, naval mines and depth charges. 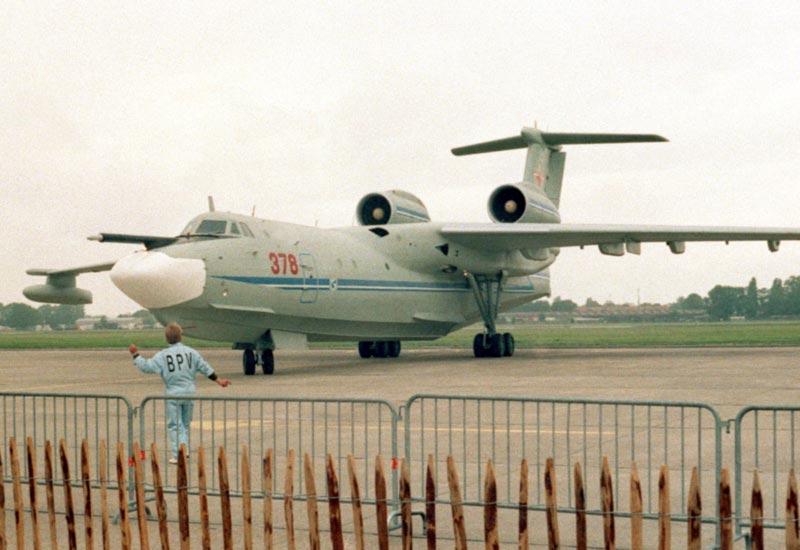 Image courtesy of the United States Department of Defense.
2 / 7 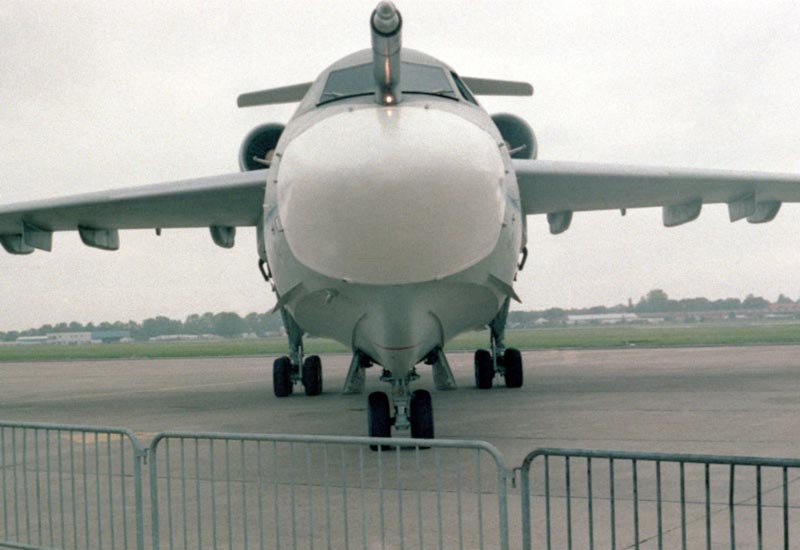 Image courtesy of the United States Department of Defense.
3 / 7 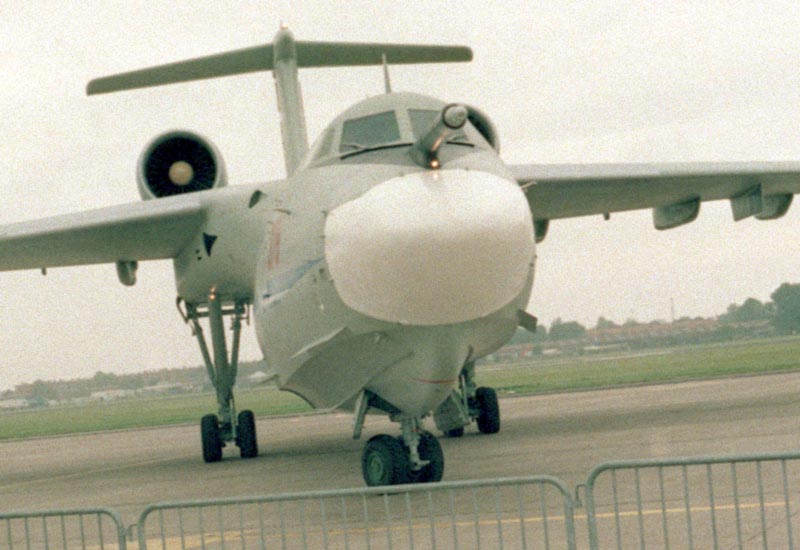 Image courtesy of the United States Department of Defense.
4 / 7 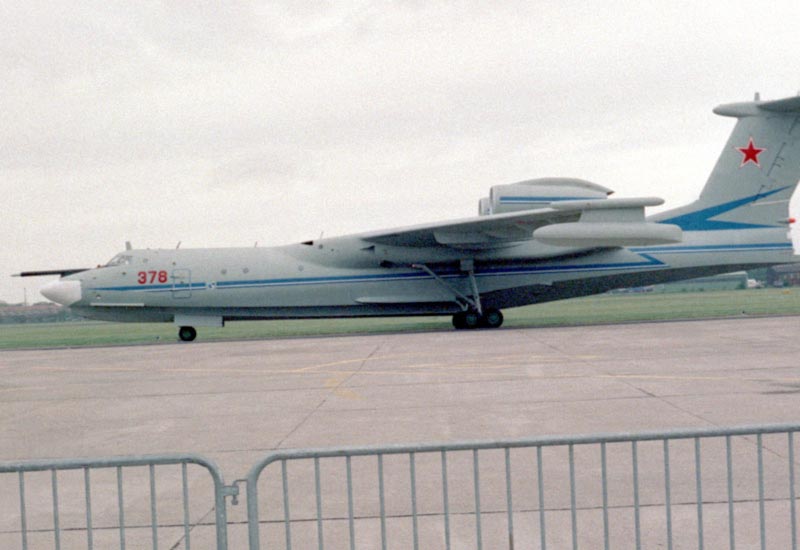 Image courtesy of the United States Department of Defense.
5 / 7 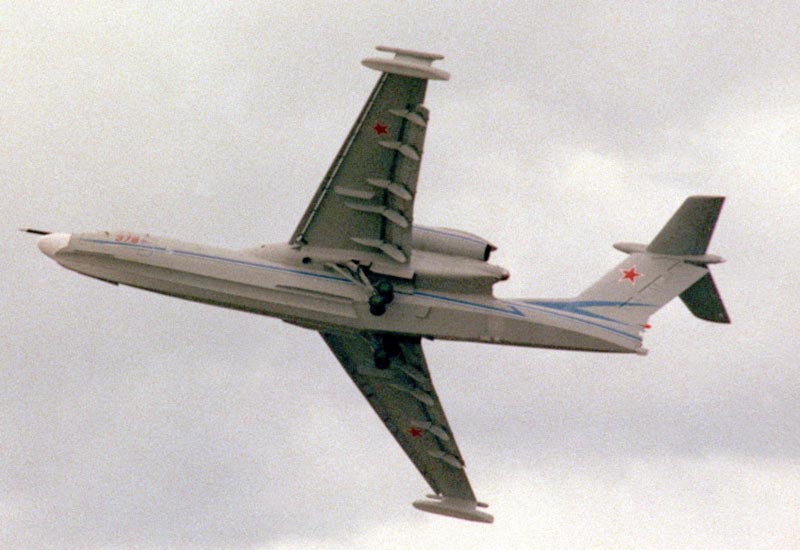 Image courtesy of the United States Department of Defense.
6 / 7 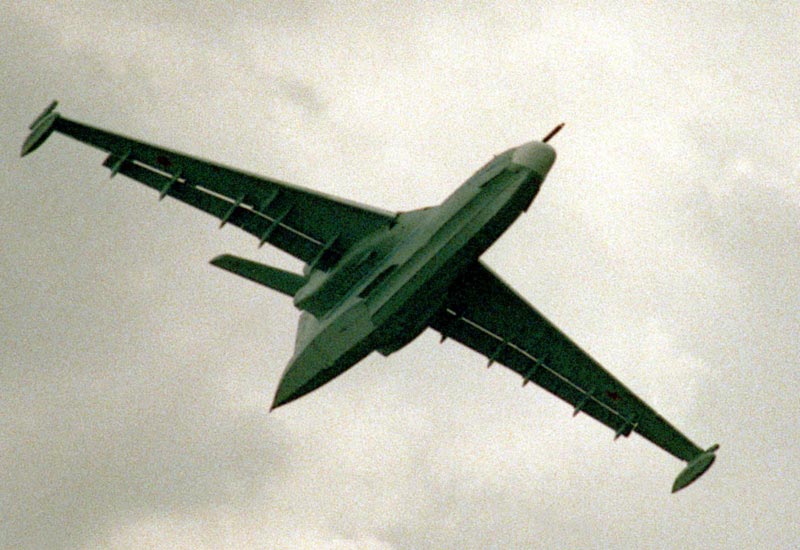 Image courtesy of the United States Department of Defense.
7 / 7 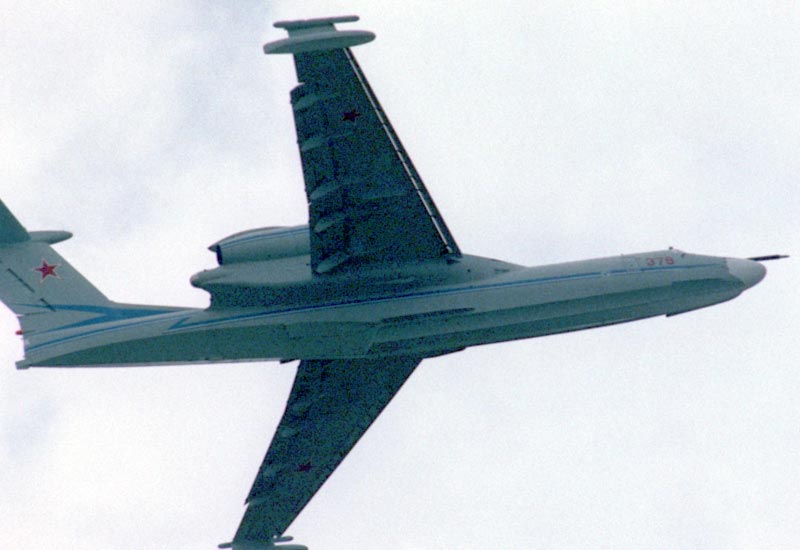