The end of the Curtiss XP-87 Blackhawk project signaled the end of Curtiss-Wright as an aircraft-maker. 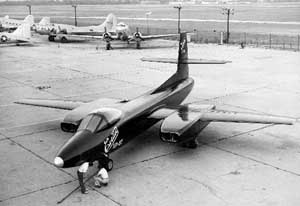 The XF-87 was a failed proposal attempted by the Curtiss-Wright aircraft design bureau to meet an Air Force requirement for the world's first dedicated radar interceptor aircraft crewed by two personnel and operating under jet propulsion. The system was developed into prototype type form, ordered for production but was promptly cancelled in favor of a competing Northrop design in the F-89 Scorpion. The cancellation of the XF-87 effectively signaled the end of Curtiss-Wright as a prominent player in the military aircraft market, becoming the Aeroplane Division's final flyable aircraft.

The Curtiss-Wright company was already a well-established name in the realm of military aviation, accounting for such memorable aircraft designs as the Curtiss "Jenny" and the Curtiss P-40 "Warhawk". With the XA-43 attack platform version already developed to some extent, the XP-87/XF-87 was a further development of that system. The aircraft proved rather large by conventional thinking and featured a side-by-side two-man cockpit. With turbojet technology in its relative infancy at this stage, the XP-87 was propelled by no fewer than four Westinghouse jet engines mounted near the wing roots, capable of up to 3,000 pounds of thrust each. Top speed was reported to be about 585 miles per hour with a ceiling of over 40,000 feet.

The original XA-43 design produced by the Curtiss-Wright company was designed to an altogether different specification, calling for a single-seat, twin-engine fighter platform available for all-weather and high-altitude service. With a requirement change, the XA-43 developed into the XP-87, or the more accurately the XF-87, and offered up in two prototype S/N identifiers as the 45-59600 and the 46-522. The 46-522 was modified to become the single XF-87A production system.

Design of the XF-87 was quite traditional, painted in all black for optimal night time operation. Wings were of the mid-mount variety with a standard "T" type tail assembly and a tricycle landing gear system. The nose was to contain a proposed battery of 4 x 20mm cannons in a remote-controlled turret with variable angle of attack. Though promising, this armament was never fitted into the first flyable prototype. A second prototype, to be know as the "Blackhawk", was under consideration and was to be fitted with two improved-power turbojets in place of the four found in the base XF-87 design.

In the end, the cancellation of the XP-87 spelled doom for the Curtiss-Wright company. The XP-87 effectively became the last aircraft production attempt for the firm and had a lot riding on its success. The Nighthawk and its Blackhawk counterpart were later be scrapped, ending one of the more glorious chapters in the life of one of America's founding aircraft design firms. Some 58 F-87A models were on order, along with 30 reconnaissance RF-87 variants when the project was officially cancelled.
Advertisements

(Showcased performance specifications pertain to the base Curtiss-Wright XP-87 / XF-87 Blackhawk production variant. Compare this aircraft entry against any other in our database or View aircraft by powerplant type)
PROPOSED:
4 x 20mm cannons in nose-mounted powered turret 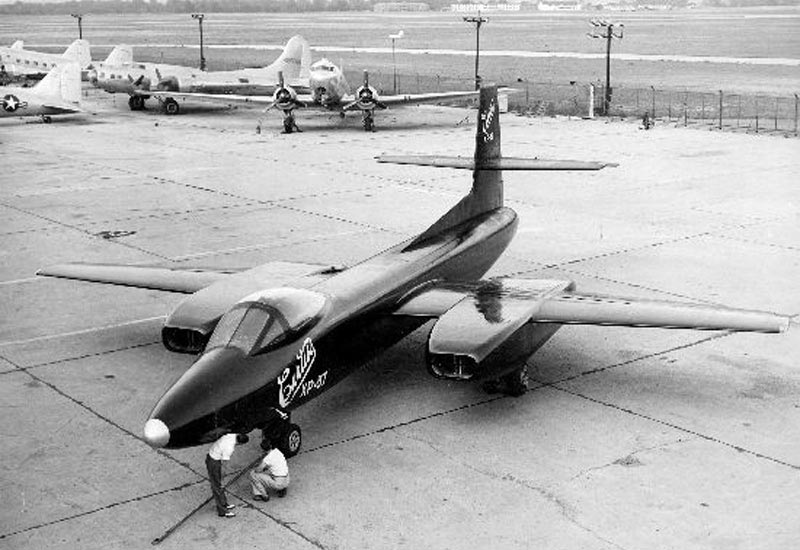