The Tupolev SB-2 was a solid performer when it came onto the scene in 1936 though vastly outclassed by 1938. 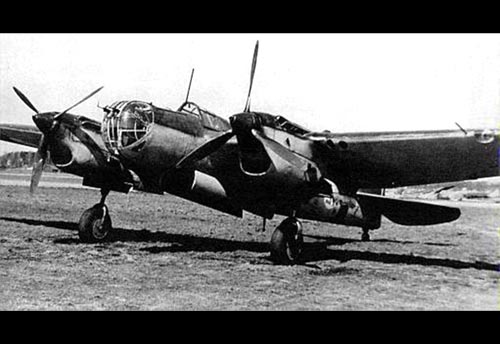 The Tupolev SB-2 (SB = "Skorostnoi Bombardirovschik", translating to "fast bomber") was a light-/medium-class twin engine bomber serving Soviet forces during the Second World War (1939-1945). At the time of its introduction (1936), the aircraft was seen as an evolutionary design incorporating features such as a retractable undercarriage, enclosed cockpit, and all-metal skinning / construction - features not traditionally showcased during this time in aviation history. The SB-2 garnered a notable service record in the early going but would, over time, become obsolete with the arrival of more capable Axis fighters. Before then, however, the SB-2 was the day-bomber / attacker of choice for Soviet forces and the type went on to serve beyond Soviet borders and even into the post-war period for some.

The aircrafts origin stemmed from a pair of Tupolev light bomber prototypes designated "ANT-40". The second prototype was selected as the initial production model under the "SB-2" designation. The aircraft sported a pair of license-built Hispano-Suiza engines developing 830 horsepower each used to drive three-bladed propeller units. This arrangement gave the aircraft a top speed of over 200 miles-per-hour which was, at the time, faster than most frontline single-seat, single-engine fighters available in any one country. The maiden flight took place on October 7th, 1934 and the series arrived to frontline units in early-1936.

The SB-2's arrangement was typical of twin-engine light bombers of the period - the engines held outboard in nacelles embedded into the wing mainplanes. The nose section was heavily glazed to allow for viewing by the forward crewman and the cockpit was stepped, positioned aft and over the nose. The mainplanes were set low against the sides of the fuselage and the tail unit incorporated a single vertical tailplane with accompanying, low-mounted horizontal planes. The crew consisted of three specialists - a pilot, nose gunner, and a dorsal gunner and armament amounted to 2 x 7.62mm machine guns in the nose, 1 x 7.62mm machine gun in a dorsal gun position (sometimes fitted to a turret instead), and 1 x 7.62mm machine gun in a ventral, rear-facing gun position to protect the aircraft's more vulnerable belly. The maximum bombload was limited to 2,205lb of internally-held stores.

The SB-2's Baptism-of-Fire was with Soviet air crews during the Spanish Civil War (1936-1939) and the series went on to operate with success in the early years of World War 2. It proved a shock to adversarial Japanese airmen flying Nakajima Ki-27 ("Nate") fighters during the Sino-Japanese War when the two designs met over Chinese territory during December of 1937 - Soviet airmen at the controls of their proven SB-2s. The SB-2 so impressed the Japanese that authorities ordered a similar-performing aircraft to be developed - this became the Kawasaki Ki-48 ("Lily"). These lasted in frontline service until 1942 before they were reworked as kamikaze platforms for the IJA.

In the Europe, the series enjoyed its position in the skies until more capable and advanced German fighters - like the Messerschmitt Bf 109 - began to arrive in greater numbers. This showdown cleared highlighted the Soviet light bomber's limitations in a modern war.

The series was also fielded over Mongolia and in the Winter War against neighboring Finland.

In an effort to keep the aircraft viable for the foreseeable future, series was modified in a variety of ways - increased fuel capacity, structural reinforcements, Klimov M-103 series engines of 960 horsepower each. A dual-control trainer form existed as the "USB" - 120 examples being built. Nevertheless, the system still under-performed and began to take on heavy losses, particularly in its given day-bomber role. As such, the aircraft line was later relegated to low-light / night time work and operated as a dedicated night-fighter for the duration of the war.

Examples were also passed on to China in an effort to thwart Japanese expansion in the East. In addition to this, Soviet-ally Czechoslovakia was given license-production rights to manufacture the aircraft locally and these were handed the designation "B-71" and were constructed by Avia. By war's end, between 6,600 and 6,900 examples were produced from the period spanning 1936 to 1941.©MilitaryFactory.com
Note: The above text is EXCLUSIVE to the site www.MilitaryFactory.com. It is the product of many hours of research and work made possible with the help of contributors, veterans, insiders, and topic specialists. If you happen upon this text anywhere else on the internet or in print, please let us know at MilitaryFactory AT gmail DOT com so that we may take appropriate action against the offender / offending site and continue to protect this original work.
Advertisements

OPTIONAL:
Maximum conventional drop bomb load of up to 2,205lb. 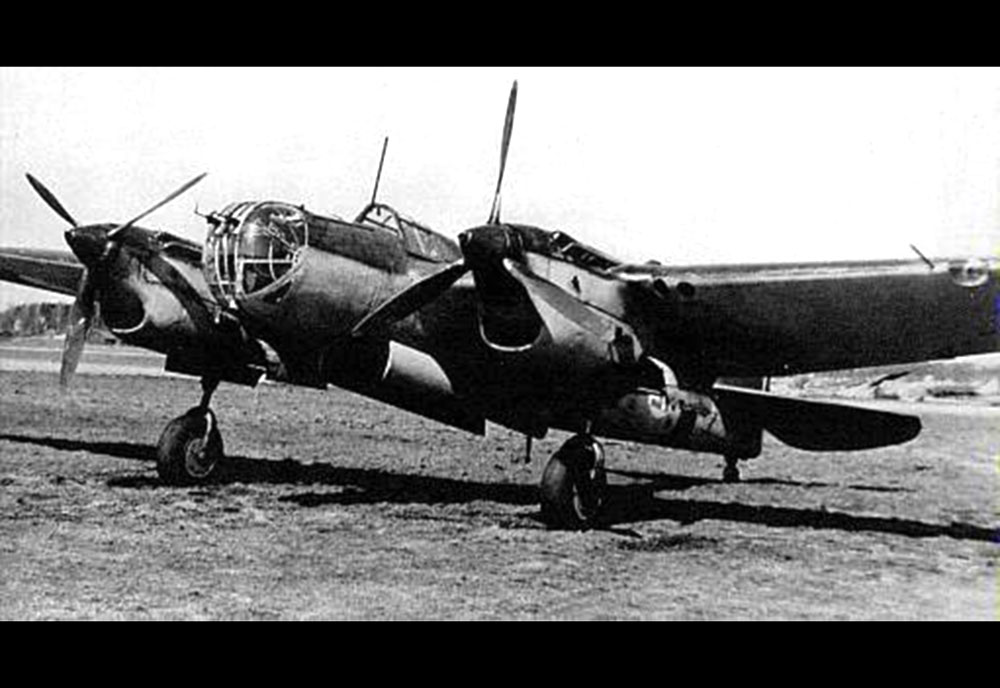